Prospective buyers often ask us about dangerous animals in Turkey. Here, we give the rundown on the various animals you may encounter and chances of surviving an encounter with one. Now, before you panic, fatalities from dangerous animals are rare, and you will often never see them. One of our writers has lived in Turkey for 18 years and, in that time, has never seen a snake, scorpion, or jellyfish.

The other thing we want to mention is street dogs and cats because some people have concerns about rabies. No matter where you go, you will encounter stray dogs and cats but we are not including them on this list because, in many towns, cities, and villages, they are part of the community.

They live on the streets, often fed by locals and in busy areas; they often call them by a first name. Many are vaccinated against rabies and neutered by local councils. If a street cat or dog bites or scratches you, go to hospital and tell them, it was a street animal. They will then vaccinate against rabies, but the disease is rare in Turkey, anyway. With that said, let’s look at dangerous animals to keep an eye out for. 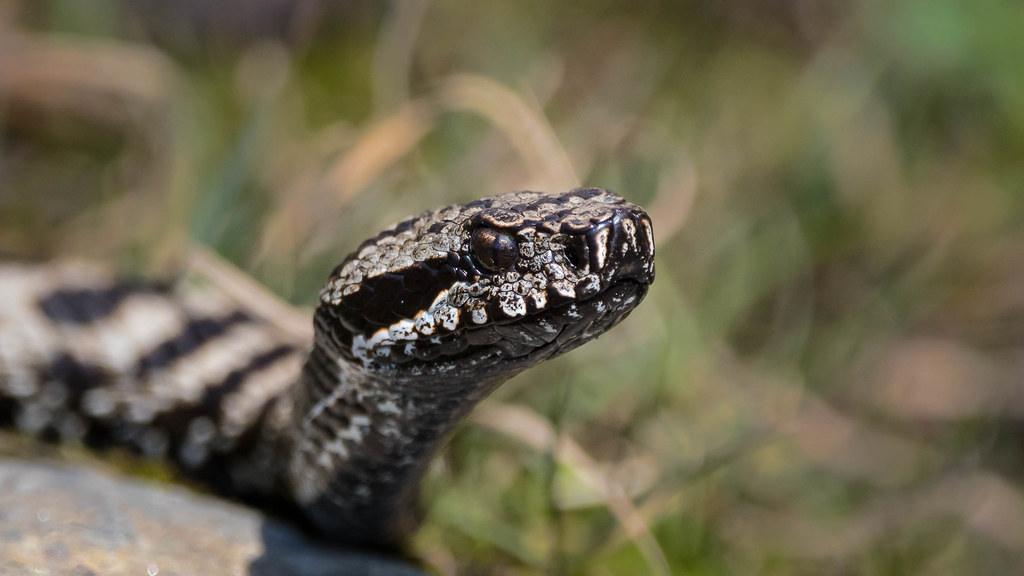 There are around 45 species of snakes in Turkey, and of these around 10 are poisonous. The most common venomous snake is the black viper. However, unless you’re planning to take up a career as a farmhand while in Turkey you will be safe, as snakes are rarely seen in tourist areas. It may also comfort you to know that between 1995 and 2004 (the latest period for which we could find data), while 550 people visited to clinics or hospitals due to snake bites, there were no deaths. Most snake bites were contracted in Marmara, Central Anatolia and Turkey’s Black Sea region. If you do get bitten by a snake please seek medical assistance. Try and get a look at the snake so you can describe it to your doctor. A few venomous spiders call Turkey home, including the brown recluse spider, the black widow, the hunter spider and the yellow sac spider. While you might see the odd spider in your home, the chances of it being one of the spiders mentioned above is very, very rare. Not only are these spiders mostly found along Turkey’s southeastern coastline, eastern border and far inland, they are extremely shy creatures who will take pains to avoid dangerous humans. Furthermore, even if one of these spiders did bite you it’s very unlikely that you’d experience anything greater than pain and some swelling. It’s impossible to find any mention of spider deaths in Turkey, which should reassure most arachnophobes. If you get bitten by any spider, treat the bite area with a cold compress and take a painkiller if it starts to smart. If after 24 hours the area is still swollen or looks any worse, see a doctor immediately. Again, try to get a good look at the spider so you can describe it to your doctor. This feared creature is reasonably common in Turkey and there are around 15 species, the most common of which are those from the buthidae family. As well as being largely nocturnal, scorpions are so shy and wary of humans it’s extremely unlikely you’ll ever encounter one in Turkey’s tourist areas. While there are a number of scorpion stings each year, fatalities are rare. In tourist regions, which are generally built up, you generally won't see scorpions unless you go looking for them in old stone walls and under logs. Scorpion bites can be painful, but rarely fatal unless you're in poor health or very young. If you are stung by a scorpion use a cold compress to assuage the swelling and head to the nearest medical centre to get checked over. Try to get a look at the scorpion - or carefully apprehend it - so your doctor is better able to treat you.

Turkey’s creepy centipedes live under rocks or in the sand and can grow up to 30 centimetres in length. Centipedes dole out around 5000 bites each year in Turkey, mostly to people working and living in rural areas. However, most bites are completely harmless, causing only a small rash and a bit of swelling. If you get bitten by a centipede, wash the area thoroughly and apply a cold compress. Take a painkiller if it starts to hurt. If the bite area becomes itchy, apply hydrocortisone cream. See your doctor if you think you might be developing an infection.

Malarial mosquitos are not found in Turkey’s tourist regions, but in the unlikely event that you travel to southeastern rural Anatolia (Turkey’s eastern borders) you will need to take malarial medication between May and October. Malaria is a disease that can kill if left untreated. Symptoms appear up to three weeks after a mosquito bite and include shivering, fever and sweating. See a doctor immediately if you think you have malaria - but again, there is no risk of malaria if you’re in the populous Aegean and Mediterranean areas. The mosquitoes that carry malaria also carry the Zika virus. However, due to geography, the Zika virus has not reached Turkey (as of September 2019) and is not expected to.

Global warming and overfishing have contributed to a rise in the Mediterranean´s jellyfish population. The two most common types of jellyfish you’ll encounter - the moon jellyfish and the rhizostona pulmo - are not dangerous and are considered more an eyesore than a threat. Lately, a relative newcomer - the rhopilema nomadic has been spotted in Turkish waters. This species has migrated to the Mediterranean from the Red Sea. Its sting can be painful but is only dangerous to the very young or the infirm.

Are There Bears in Turkey?

Yes, but once again it is rare to encounter them because they only inhabit forest areas in the North-eastern Kackar mountains. The forest areas sit at high altitude and there are no towns or cities, just small villages. Locals build their houses on stilts and many cultivating honey, store hives up high out of reach from the bears. Camping sites in lower regions sometimes advertise signs to be aware of bears, but they rarely come down from higher altitudes, only when struggling to find food. The Kackar mountain range is also home to other wonderful species like wolves, deer, and wild pigs.

Why Turkey is a Birdwatchers Haven: If winged animals are your passion in life, Turkey is a bird paradise. Places like the Geldiz Delta and bird sanctuary look out for the birds, many of which use the country on their migration from east to west.

Expat Adventures with Animals: An expat talks about her encounters with dangerous animals in Turkey, which ones she has seen and the tales that followed.

Turkey’s Flora and Fauna: The country’s seven different climate systems lend weight to one of the world’s most diverse collection of flora and fauna. In this article, we talk about exceptional areas, what is growing and living there and preservation attempts.