These 5 Places Will Make You Want to Move to Turkey

Here’s the thing about visiting Turkey on holiday. It has an acute knack of drawing you in, and by the time, your departing flight leaves the tarmac, you are already planning your next trip back. While the country has a hardcore fan base of holidaymakers who return year after year, some people also go one step further by packing their bags and moving here.

Some just retire having reached financial independence while others work, sometimes in the teaching and travel industries. So, what exactly is it about Turkey that makes people want to change their whole life, to live here permanently, buy a property in Turkey and spend all year round here?

Well, naturally, the gorgeous summer weather is a big lure, as is the cuisine and laid back lifestyle. Turkish hospitality probably plays a small part, but the extreme diversity of beautiful, natural landscapes makes people instantly fall in love with the country.

Some landscapes are often featured in well-known publications like National Geographic, while others, labelled as “off-the-beaten-path” remain local secrets, attracting independent travellers only. Appealing to many nationalities but mainly Brits, Russians, and German expats, most landscapes are the perfect setting for a dream life in the sun.

One look at an aerial photo of Oludeniz beach and the Blue Lagoon is enough to leave anyone with a burning urge to visit it. As a protected area by law, building and construction are prohibited, and this has left the landscape view, intact in its natural state.

Protruding out into the calm, blue, Mediterranean waters, the beach and lagoon are fine sand, backed by a green mountain range. Holidaymakers soar in the sky after booking the popular tourist attraction of tandem paragliding, or they jump on daily boat trips exploring the coastline to see equally stunning places like Butterfly Valley or sunset on Gemiler island.

Most foreigners moving to this area have settled in the small neighbouring resorts of Ovacik, Calis and Hisaronu or the bigger city centre of Fethiye. Eagerly embracing the Mediterranean lifestyle, they find the landscape views in the Fethiye region some of the prettiest in Turkey. 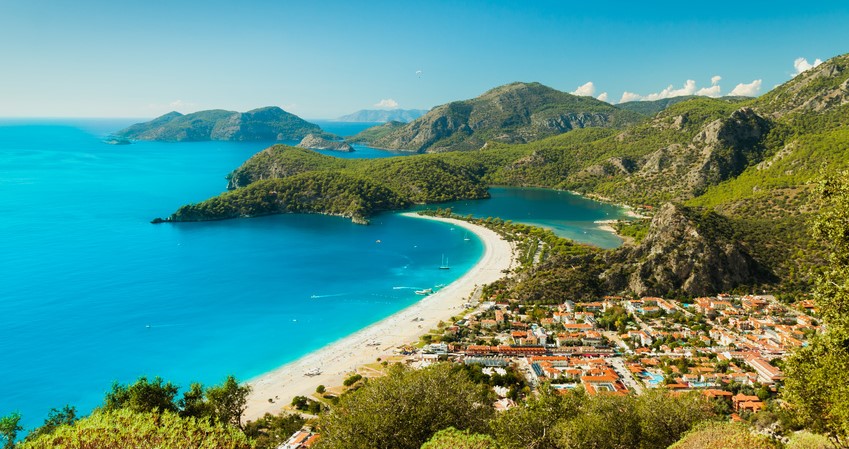 While many foreign nationalities flock to live on the Mediterranean and Aegean coast, the lunar, rocky landscape of Cappadocia attracts Asian expats. It is not only unique to Turkey but also one of the weirdest landscapes in the world.

Oddly shaped rocks formed by thousands of years of wind erosion are scatted over the flat plateaus, and from the Goreme, and Uchisar districts, expats have a bird’s eye view of the majestic Mount Erciyes. Ancient cave churches and cave hotels, are what have made Cappadocia famous, but another big attraction also exists underground the vast landscape.

Underground cities, most of which were accidental discoveries, are top tourist attractions and Derinkuyu, that housed more than 20,000 people is the most famous. Including a chapel, school, morgue and living quarters, it makes Cappadocia, one of the most talked about places in Turkey. 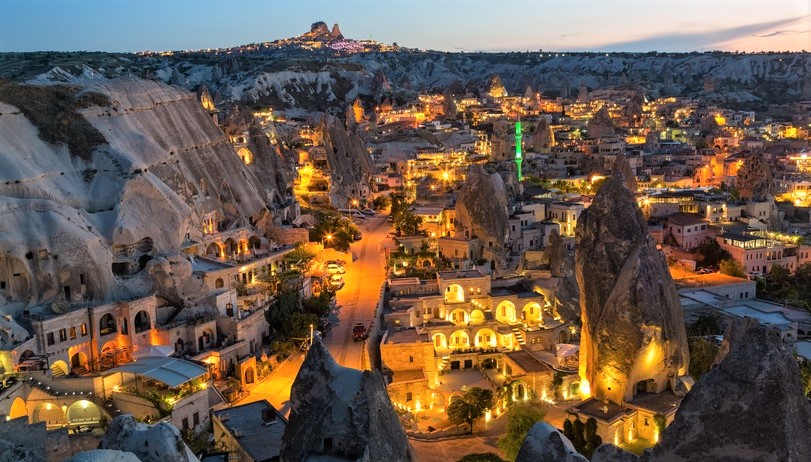 Sitting in the Denizli region of Turkey, few foreigners have moved to Pamukkale, but the magnificent natural landmark is within a day’s drive of most places on the Mediterranean and Aegean coast. Nicknamed “Cotton Castle” because of white, solidified calcium pools of water, Pamukkale is one of those locations that makes you realise, the mind-boggling results of science can be beautiful at the same time.

Along with the adjoining Hierapolis city ruins, it has joined the UNESCO World Heritage ranks. Ideally, an entire day is needed to explore the ruins. Stand in the top row of the ancient theatre, paddle in the calcium pools, tour the onsite museums and end with a swim in Cleopatra’s pools that is spring water, said to elevate symptoms of skin conditions and arthritis. 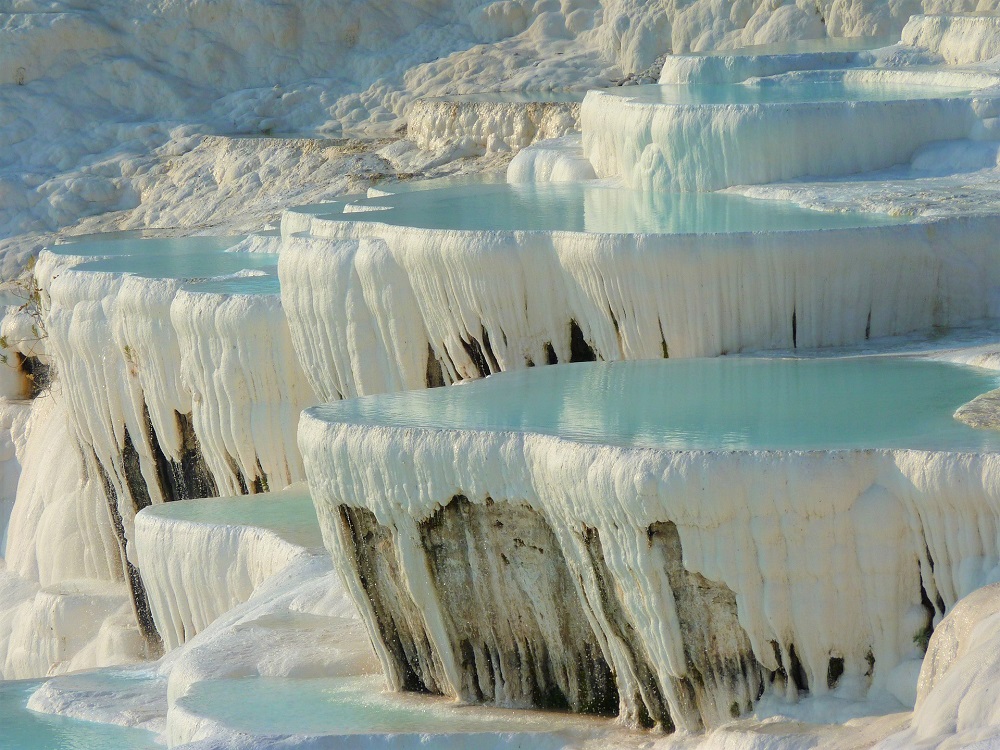 Sitting in the northeast, far away from the sandy beaches of the Aegean and Mediterranean coasts, the Kackar mountains perfectly explain the diversity of landscapes in Turkey. The intensely green, forested mountain range is home to many small villages housing tight-knit communities with strong, traditional cultures and beliefs.

Hence, locals rarely sell up to foreigners, instead keeping neighbourhoods focused on who you know, and who you are related to. It has however enticed many nationalities for hiking and camping trips, and the regions of Uzungol and Ayder plateau benefit hugely from tourism. People who do want to enjoy year-round living of the Kackar mountains, instead buy property in the nearby city of Trabzon that is just a short drive to the beautiful landscapes and celebrated spots. 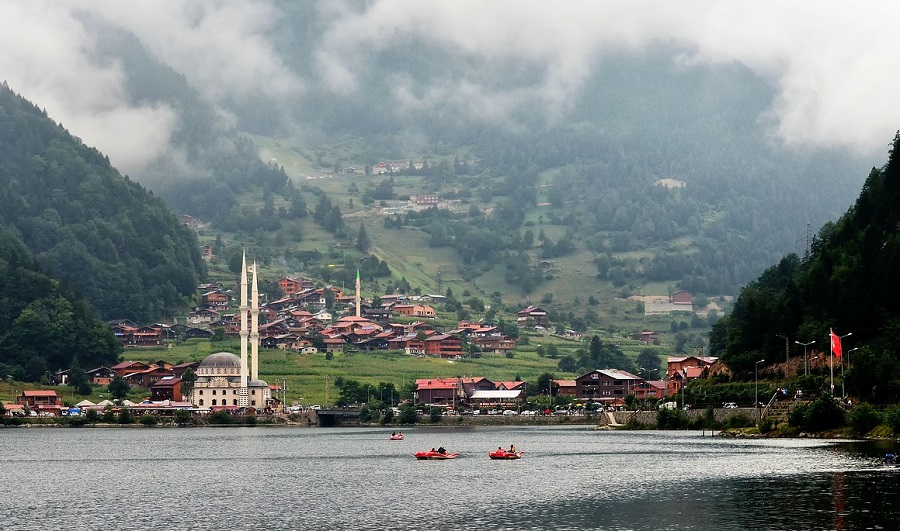 The coastal views of the Bodrum peninsula, not only attract your average expat but also wealthy and famous celebrities, eager to tap into the luxurious facade of the Turkish Rivera. The rugged coastline is home to many small resorts such as Gumusluk, Yalikavak and Turgutreis that have all become expat havens.

Simply because everywhere you turn, there are fantastic views from the backing hills,  across the towns, sandy beaches and to the horizon on the Aegean sea. Coupled with an intensely blue sky,  on bright days, the Greek island of Kos is evident in the distance.

In many resorts where expats have bought properties in Bodrum, their homes have the perfect panoramic sea view. Meanwhile, the small amphitheatre in Bodrum central town lays way to an amazing landscape of the prominent castle, Bodrum’s famous landmark. 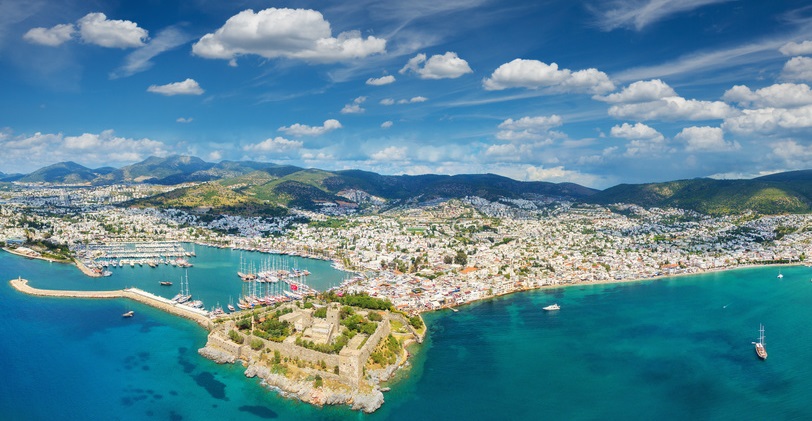 Further Reading: This article talks about places in Turkey that have become popular expat destinations in Turkey and the reasons why.