Property Turkey Blog How to get Married in Turkey for foreigners

How to get Married in Turkey for foreigners

This guide aims to help foreigners know how to get married in Turkey. The country, one of the world's top beach holiday destinations, is also on the radar for engagements, marriages, honeymoons, and anniversaries. The lure is easy to understand. From the mystical landmarks of Istanbul to the Mediterranean's romantic ambience, couples can choose from many locations.

The proof of popularity of Turkey for weddings in seen in the rich, elaborate Indian weddings often taking place in Antalya. There are no limits. Whatever you want can be done. Of course, though, there is paperwork to deal with before starting the process, which we discuss in this article. We also give suggestions of top destinations that make your special occasion memorable. 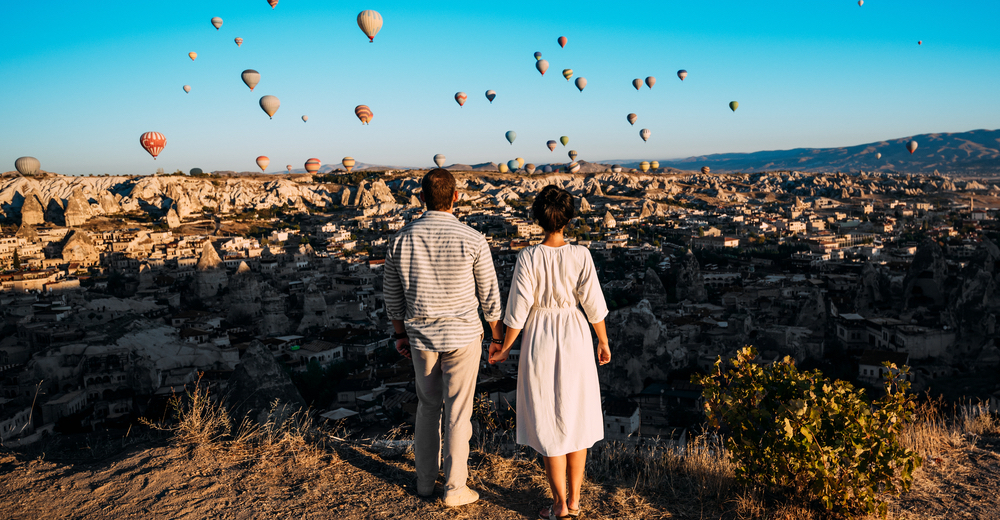 How To Get Married in Turkey for Foreigners

1: Criteria to Apply for a Marriage Licence

Each partner must be 18 years old and of sound mind, with no mental illnesses that can affect the marriage. Additionally, the absence of consanguinity states that close relatives cannot marry, and divorced Turkish women must wait 300 days to receive permission. Contrary to some beliefs, monogamy is a core feature of the Turkish family code; so people cannot have multiple partners. Offenders face up to 2 years imprisonment. Turkey will not allow foreigners to marry if their own country denies them permission. Same-sex marriage is also not recognised, and only a man and woman can marry.

2: Can I get Turkish Citizenship through Marriage?

Years ago, Turkey had a scandal because foreign nationals were marrying Turks to gain citizenship, which they received straight away. So, the Turkish government changed the rules, and now, foreigners marrying a Turk can only apply for Turkish citizenship after three years. But, once again, it is a separate process and not issued automatically. You still need to apply, have an interview, and complete a home visit.

There are two types of weddings in Turkey; one is performed in a mosque by an imam, and the other by the Turkish civil code authority. It is vital to know that marriages performed by an imam are not legally recognised and purely for religious reasons only. Many Turkish nationals complete a civil wedding first and then also complete a religious wedding after.

4: Other Things to Know

Weddings can only be performed by an official, which is the mayor or person appointed by them in towns and cities, who works for the evlendirme dairesi. In villages, the muhtar performs the ceremony. Foreigners should allocate two weeks to receive all documentation to perform the ceremony. If any spouse does not speak Turkish, they must have a translator present. There must also be two witnesses; however, Turkish nationals cannot ask their family members to perform this role.

Two foreigners of the same nationality can ask Turkish authorities or their consulate to perform the ceremony. But not all countries offer this service. Furthermore, Turkish authorities must perform the service if both partners are foreigners but of different nationalities or one partner is a Turkish citizen. Lastly, marriages performed in Turkey are internationally recognised but check with your home country consulate to register the marriage.

The wedding couple must perform a medical test to obtain a fitness medical report issued by the local hospital or a saglik ocagi family doctor. This is a general exam to prove fitness. They also perform blood tests to check for any STD like hepatitis or genetic diseases and confirm blood type groups.

Of course, we all get married with the intent for it to be for life; however, Turkish authorities will dissolve the marriage for divorce upon application if the marriage doesn't work out. A Turkish family court dissolves marriages for the following reasons; proof of coercion, physical abuse, adultery, or irreconciled differences. They also issue the divorce documents. A consensual divorce can only take place after a year.

Of course, if you are both foreigners, the above process might seem quite daunting, especially when you don't know language procedures. For this reason, many people hire wedding coordinators. In addition, to helping obtain legal documents and arranging medical tests, they sort a venue, accommodation, cake, photographer, bouquet, flowers, and reception. One search on google reveals many companies in Turkey, and they really do provide a excellent service and help you avoid unnecessary stress. 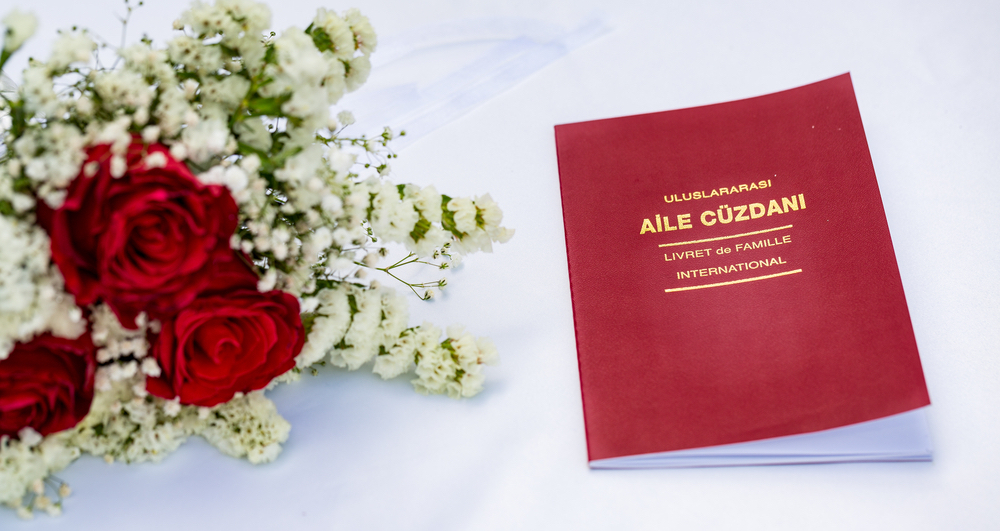 9: Where to Get Married

Historical Istanbul: This beautiful city presents many venues along the Bosphorus, Golden Horn, or rooftops. Combine sightseeing in one of Turkey's most historical cities with your new life as married partners. Istanbul's highlight, the Sultanahmet district, holds many Byzantine and Ottoman empires landmarks. Additionally, five star and boutique hotels in Istanbul make a memorable ceremony. Romantic places in Istanbul include Camlica hill, Princes' Islands, Galata tower and Maidens Tower. Istanbul has two airports with a full flight schedule all year round, so getting guests here, won't be a problem.

Magical Cappadocia: We think Cappadocia is a magical place, both for weddings and honeymoons. The lunar-like landscape is quite unlike anywhere else in Turkey. Stay in an authentic cave hotel, like the Museum or Argos hotel, which often arrange wedding packages. Take an early sunrise hot air balloon trip to see fairy chimneys from up high, followed by a champagne breakfast. You can also get married in a hot air balloon, a unique underground city or choose a mystical venue like Rose Valley or Sarihun caravansary. For a romantic honeymoon, hire a private guide to take you to green valleys, ancient monasteries, wine tasting, and to the rock castles of Uchisar and Ortahisar for a fantastic view over the Cappadocia landscape.

Prestigious Antalya: Hotels in the Antalya region are no strangers to weddings, so expect the best of the best. Of course, there are many venues to choose from, but since Antalya is Turkey's top beach holiday destination, you might like to get married on the beach. Cleopatras, Kaputas and Konyaalti are all prominent stretches of sand. However, Lara beach is known for its expanse of sand and large, all-inclusive hotels that make the perfect venue. Alternatively, if budget is no issue, look to more luxury hotels like the Mardin Palace. The larger region includes many smaller towns and villages, but the historical Side or old town area add a special touch.

Beautiful Oludeniz: This town is a popular wedding destination in Turkey because the surrounding landscapes, from beaches to green pine hills, make the perfect backdrop for beautiful photos. Oludeniz belongs to the Fethiye region, an esteemed Turkish riviera hub, and given the number of places of natural beauty, you can combine your wedding with a private boat trip for you and your guests. Fethiye is also an excellent place for your honeymoon. The sights to see as a newly married man and wife include the Blue Lagoon, Kayakoy ghost village, Saklikent gorge and mystical Butterfly valley. To make your trip special, fly high by taking a paragliding ride of Babadag mountain. More about Oludeniz.

Bodrum Peninsula: Antalya and Oludeniz provide perfect settings for a Mediterranean wedding, but head over to the Aegean to arrive at the Bodrum peninsula and towns like Gumbet upmarket Turkbuku trendy Yalikavak and the town centre with its whitewashed houses scattered over green hillsides. Choose the castle or somewhere in the old town for a theme with a historical setting, or head to the Yalikavak marina for the best in ultimate luxury.

Turkish Marriage Culture and Traditions: Speak to anyone who has lived in Turkey a while, and they have probably been to a Turkish wedding ceremony. Traditional ones often last for three days or more, and the actual event is nothing short of amazing since Turks seem to dance the night away. This article discusses the whole scene from dating to marriage to pregnancy and birth.

Unspoken Turkish Rules: So, that is the end of our guide for foreigners on how to get married in Turkey. However, one reason people love Turkey so much is that it is easy to make friends. The welcoming Turkish hospitality embraces everyone. In this article, we discuss unspoken Turkish customs to help your newfound friendship with people in Turkey. 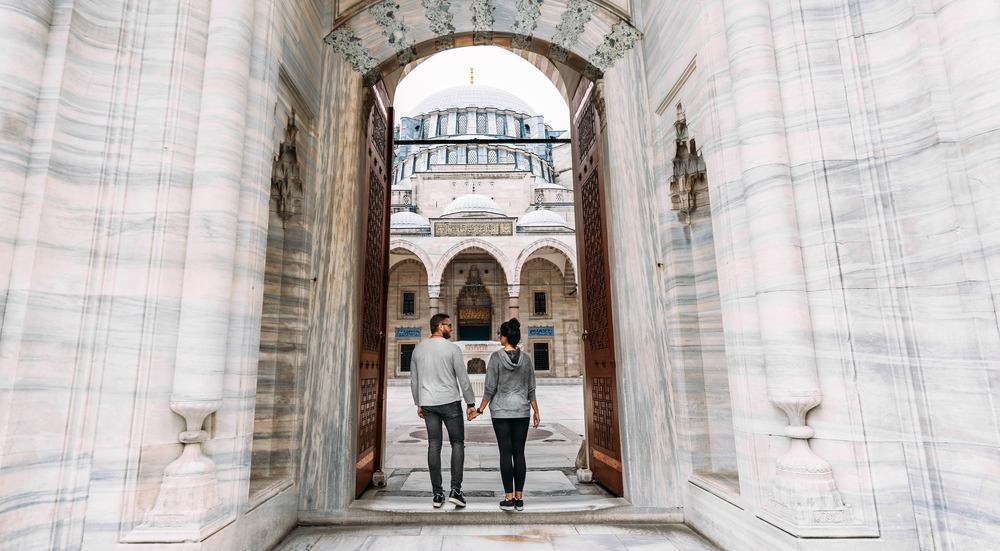