Property Turkey Blog Have you tried “Turkish Viagra” yet?

Have you tried “Turkish Viagra” yet?

For those who are seeking a non-chemical, non-medical way to enhance their energy and intimate lives, the Spice Bazaar is the place to be! The spice shops are selling “Turkish Viagra”, an all natural remedy that will spice up your relationship with your significant other.

Just kidding! They are using these terms to get your attention. When you look closer at what they are selling, you will see some dried fruits filled with walnuts. The shopkeepers would approach you by saying this is better than medicine, it gives you all the energy you need. It is ridiculous but they actually succeed at capturing tourist attention and actually get them to try different samples and without even noticing, you end up buying a couple variations, not because you believe in what they are actually trying to sell but because that mix actually tastes so good! This sort of bait only exists at the Misir Carsisi, the Spice Market in the neighbourhood of Eminonu in Fatih district, Istanbul. 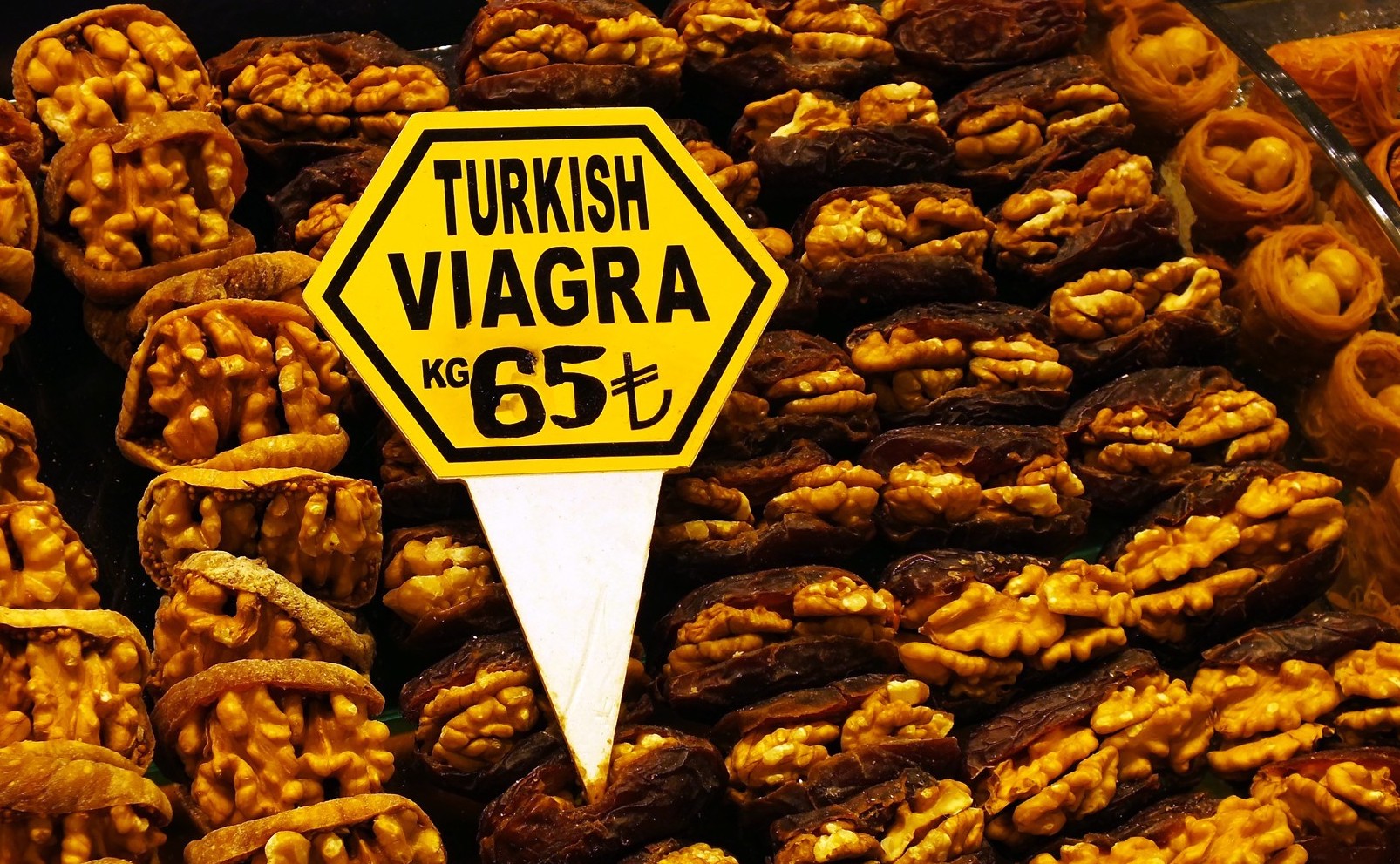 So where does the name “Misir Carsisi" come from? The literal meaning is, “Egyptian Market” because back in the old days the spices and medical products that were sold in its kiosks were transported through Egypt by what was back then called, “Cairo Caravan”. The spices were brought from the Far East and India all the way to Turkey to be sold. Also, the taxes that were paid for such imports helped establish the indoor market.

The intention behind building this marketplace was to support the maintenance of the “Yeni Camii”, New Mosque, which was built on the Golden Horn right next to it and certain institutions that belonged to the Mosque. 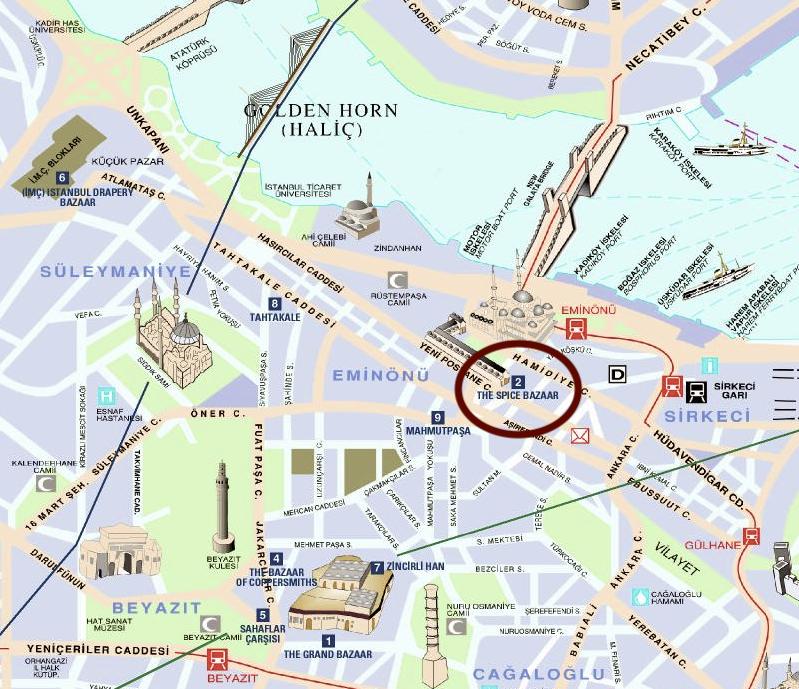 The Spice Bazaar was and still is the place where you can find the most varied and exotic spices in the world. It was first built in 1664 during the Ottoman Empire, assigned by Hatice Turhan Sultan in 1660 and designed by architect Kazim Aga.

Tantalising smells of spices, herbs in thousands of colours embellish the shop windows, displays, and door fronts. Their smell and colour varieties are simply enticing and mystical. 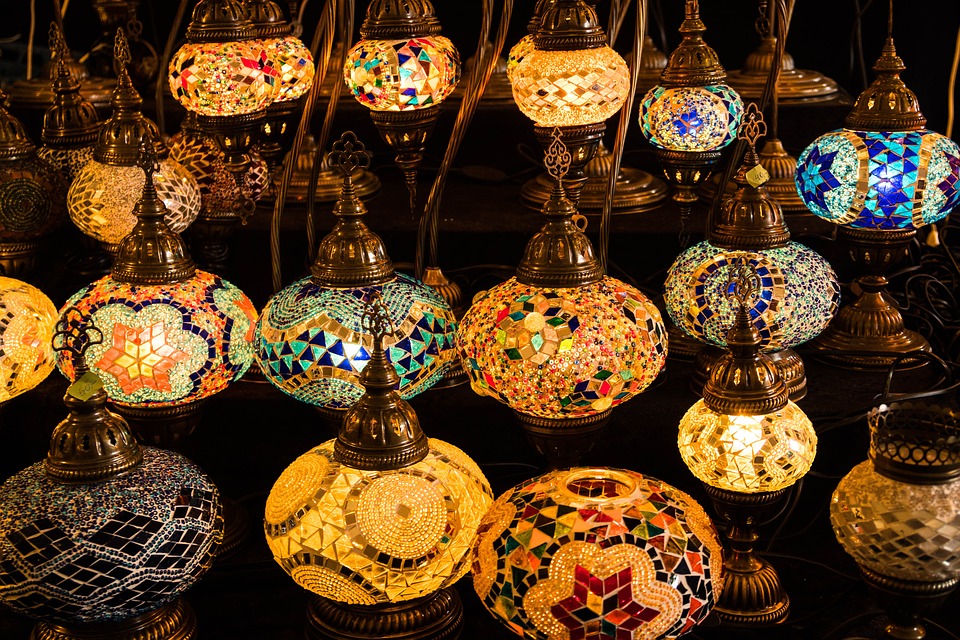 Most shops sell spices, nuts, souvenirs, lanterns and Turkish Delights. In the midst of all these mixed and colourful delights, there is a shop specialised in Pastrami operating there, and it never runs out of visitors. The shopkeepers are usually very eager to welcome visitors by offering them some samples to try and inviting them in. Merchants will shower you with gifts, from Turkish Delight samples to Turkish tea.

A vibrant and memorable experience! The Spice Bazaar acts as a Melting pot, the hottest spot in Istanbul that never runs out of visitors from every part of the world, the shopkeepers have many stories to share, many of them inherited this business from their families and some are newcomers to the industry. You will find out that there are Latin Americans, Europeans, Arabs and Asians working in these shops. Hence, the Spice Bazar is not only a market where Turkish merchants sell sweets and spices but, it is certainly the most dynamic and diverse market in the region. Standing the test of time with over 400 years of operation.

Being at the spice Bazaar evokes so many feelings, excitement and positive energy. The delightful colours and smells will draw you in. 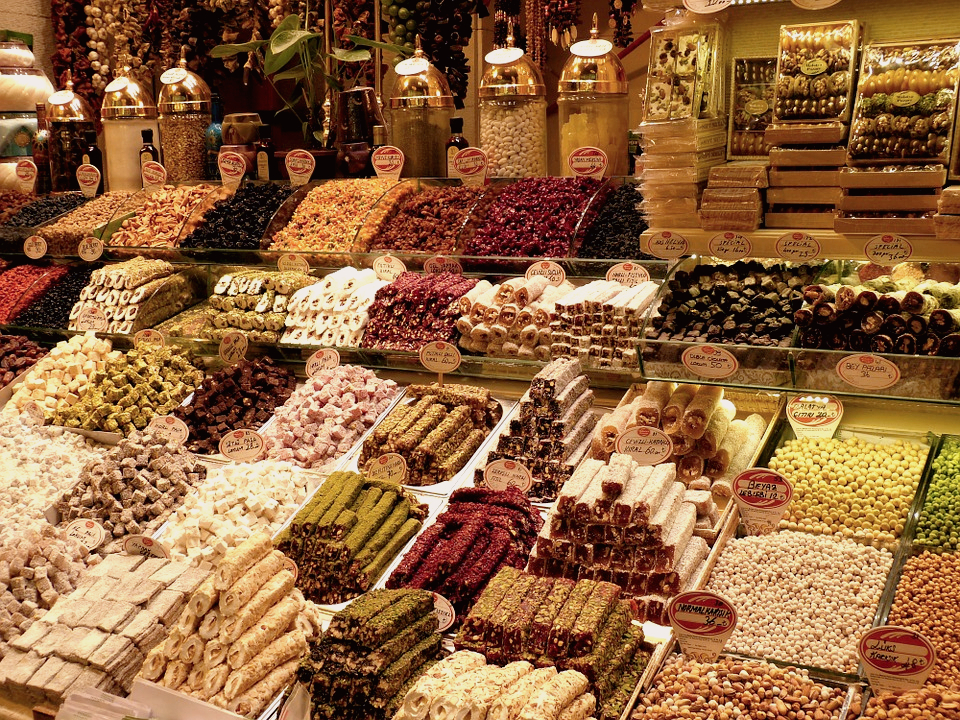