Souvenir Spices to Buy in Turkey

Anyone holidaying in Turkey will be pleasantly surprised at the large choice of souvenirs to buy, from the small, cheap and cheerful to expensive items that will break the bank. One popular option unique spices to kick up the diversity of your evening meals.

Go to any significant shopping place like the Spice Bazaar in Istanbul, and the delectable range of spices and herbs are on display in large, wooden buckets for you to buy as much or as little as you want.

Whatever your taste in flavourings and seasonings, whether mild, tart or chilli hot, the range of Turkish spices will perfectly compliment your pantry back home. But which ones should you buy? Here are our suggestions. 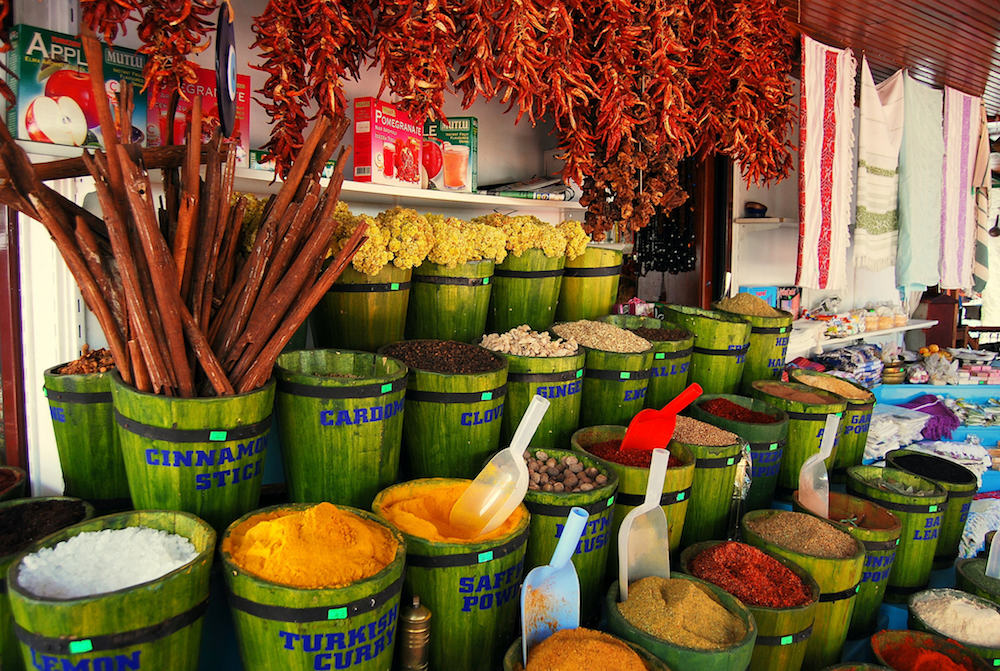 Without a doubt, pul biber would be first on any Turkish cook’s list. Middle Eastern countries call it Aleppo pepper, after the city of the same name in Syria that was a major trading port of the old silk road.

However, this spice can also be found in Mediterranean dishes, hence it’s addictive taste and diversity. Although they are called chilli flakes, the heat is not intensive and builds up instead of hitting the palette straight away.

Turks use pul biber in many dishes, such as a garnish for soup or in their appetisers, known as mezes. If you are touring Turkey, and see bunches of red peppers tied outside houses, the occupants are making their own pul biber by drying them in the sun and then grinding them with a mortar and pestle. 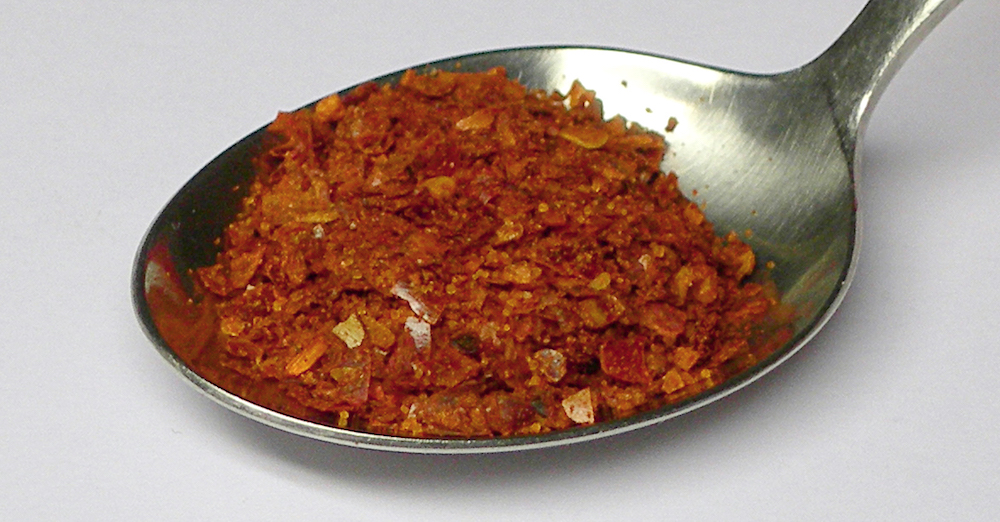 If pul biber doesn’t have enough kick for you, step it up a notch by trying Isot pepper. The unusual flavour and the intensity of heat stems from the Sanliurfa region of south-east Turkey, which has a countrywide reputation for their peppers that instantly numb your tongue thanks to the intense heat.

Locals dry bell peppers under the sun, before wrapping it up tightly to sweat out all the moisture. By now, the colour has changed to dark burgundy, and the dried peppers are finely ground before salt is added. According to experts, the Isot pepper factors at 30,000 on the Scoville scale, which is hotter than a jalapeno pepper and three times the heat of the Turkish pul biber. 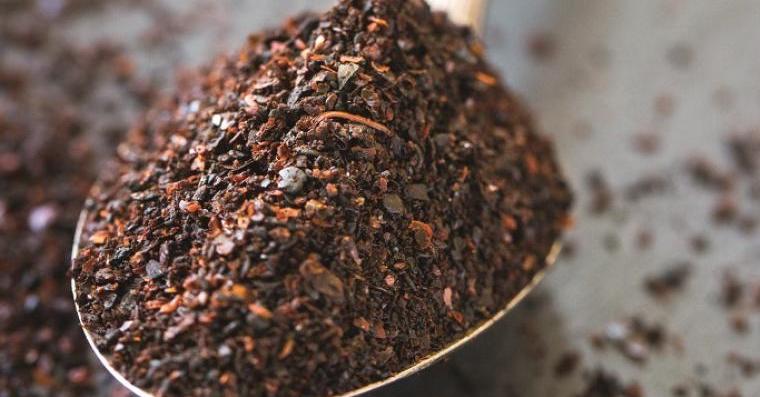 Ground sumac is another Middle Eastern spice made from the berries of the same name, but like the pul biber, it has been used in Mediterranean cuisine for centuries. The dark burgundy colour reflects its tangy and lemon flavouring.

While eating in restaurants around Turkey, you will see it on many dishes, as a garnish. However its diversity is impressive, and you can also use it as a dry rub on meats, or in marinades. Another choice is to use it instead of lemon in a salad like finely chopped tomatoes, onions and parsley. Simple but delicious.

Alternatively, sprinkle it on top of your hummus. If you don’t want to buy it but are eager to sample the taste, eat for a traditional bowl of Turkish Manti of which it is the main ingredient of the topping sauce. 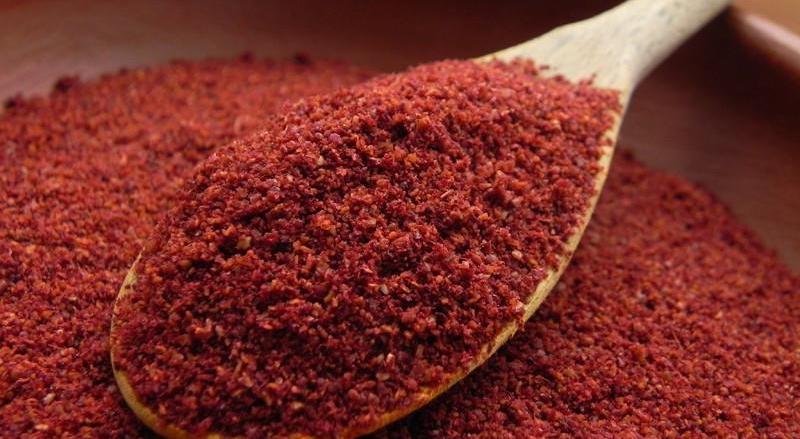 Although the translation means New Spice, Yenibahar is Turkey’s version of Allspice. This globally famous spice made from the pimento berries has been used throughout Turkey and the Middle East for many centuries.

If you have ever tried Turkish dolma and wondered what that subtle taste is, that adds a kick to the peppers and and rice, it is Yenibahar. Like the chilli flakes, the berries are dried in the sun and finely ground to add to a variety of dishes including stews, soups, kofte (meatballs)and many of the old-style Ottoman rice recipes.

Yenibahar like its counterparts in other parts of the world is said to be excellent for stimulating the appetite, and once you have tasted it in Turkish cuisine, you will agree.

If you want to go saffron shopping in Turkey, you need to have your wits about you. Sometimes you will see “Turkish saffron” advertised, but it is however Safflower. The resemblance is close, but saffron has a deeper colour and has more intense flavour.

Safflower is extremely weak, and you need eight times the amount to match the taste and flavouring of pure saffron. The nickname of Safflower is “poor man’s saffron,” and this is a big sign of whether you are buying the real thing.

Turks seldom use Safflower in their cooking, except for in the Gaziantep region of southeast Turkey in which it is known as haspir. The Iranian saffron sold in places like the Grand Bazaar is mostly authentic, and the Indian saffron is turmeric. 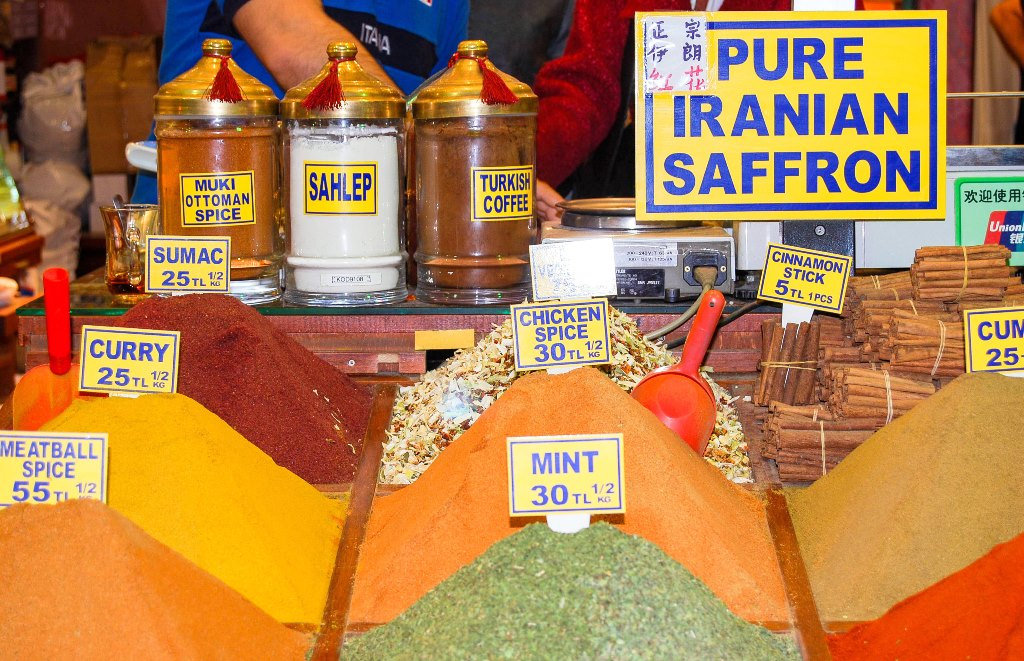 Other favourite herbs used in Turkish cooking include dried cumin, thyme, and mint but serious cooks might also want to look at pekmez, that is grape molasses. Turks love pekmez and often have it for their breakfast with crusty bread, or use it as a natural sweetener.

They also believe it is excellent for your health because of the high dosage of vitamins and minerals and pekmez has proven useful for anaemia sufferers. Otherwise, we think an essential item for every pantry is Nar that is pomegranate molasses. The boiled down juice forms a thick and sour syrup that is delicious when poured over salads.

You may also like to read our article about Turkish kitchen culture. Explaining why food is at the heart of every home in Turkey, it also lists essential Turkish items that are in every Turk’s kitchen cupboards.