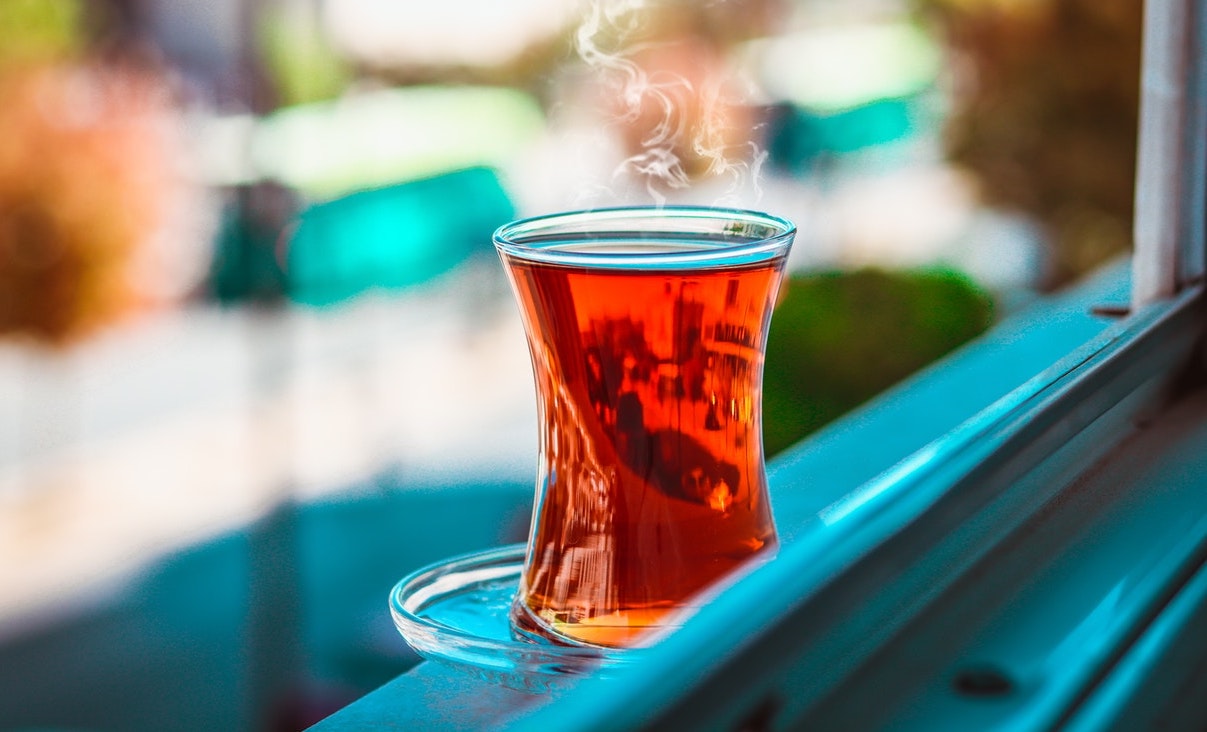 While many believe coffee is the signature drink in Turkey, it’s actually tea that the locals enjoy sipping by the gallon. From the break of dawn when it’s time to rise and shine, all the way through to the end of the day, it’s unlikely that you’ll find a moment where the offer of cay is turned down in Turkey.

Sitting down to enjoy a hot, soothing cup of tea is all part of socialising in Turkey, but there’s much more to the tradition than making conversation. Find out everything you need to know about the Turkish tea culture and what to expect when you try the tea out for yourself.

Pronounced as “chai”, cay is a black tea which is traditionally served in a small, tulip-shaped glass - a design that comes from the days of the Ottoman Empire. The Turkish locals don’t drink tea like the British do - they skip the milk or lemon and instead, stir a sugar cube or two into the liquid before drinking.

Bonus fact: Some of the locals choose to pop the sugar cube under their tongue and drink as much tea as is needed to dissolve the cube.

The Turks originally enjoyed coffee much more than tea. When it became increasingly expensive in the 20th century, Mustafa Kemal Ataturk, the President at the time, encouraged the locals to opt for tea instead. Over the years, black Turkish tea has become the most popular drink available in the country.

3. Tea used to come to Turkey from China

Before the Turks came across the perfect local climate for growing tea and began to invest in Turkey's tea regions, the plant was originally imported from China. The Chinese word for tea is cha, which is where the Turkish tea name cay derives from. Since beginning to grow their own tea, Turkey has now become one of the largest tea growers in the world, number five, in fact, producing more than 6 percent of the world's tea.

Turks consume a whopping 3 kilos of tea each year, making Turkey the top consumer of tea around the world, followed by Morocco (2kg) and the UK (1.7kg).

5. Most Turkish tea is produced in Rize

This north east coastal region has the best weather, climate, temperature and soil needed for growing quality tea leaves needed to supply the popular Turkish tea throughout the country. Once ready, the leaves are picked and delivered to factories for drying, crushing and packaging, ready for serving up in tea houses, gardens, shops and homes throughout Turkey.

Bonus fact: The most popular tea  in Turkey, home to hundreds of brands, is Caykur, which produces over 6500 tonnes of tea every single day.

6. Shop owners are likely to offer tea to their customers

When you’re browsing the various items on offer in a shop, don’t be surprised if the shopkeeper offers you a glass of tea whilst you peruse. It’s their way of welcoming you to take your time and look at what’s on offer, without feeling obligated to buy something.

7. There are many public spaces dedicated to tea

From tea houses called “Cay Eviler” to tea gardens known as “Cay Bahcesi”, you’ll come across plenty of public places with the sole purpose of selling Turkish tea and offering a place to socialise as you drink. Families and friends meet in the tea gardens to enjoy some quality time together, but you’ll rarely see a woman or child in the tea houses - they act as as a gentlemen’s club for  groups of men to play board games and catch up.

8. Refusing tea in Turkey is taken as an insult

Due to the social aspect that comes with drinking tea in Turkey, it’s often considered rude to turn down a glass of tea that’s offered to you. If you absolutely have to or cannot accept some tea, you should ask for water instead as opposed to nothing at all.

Read more: 13 unspoken Turkish rules you might not know.

9. You can change the taste of your Turkish tea to suit

Many tourists who stay in apartments and  villas in Turkey find that they don’t really like the taste of Turkish tea as it comes, which has sparked the production of granules that can be added to the tea to change its flavour. Popular granules include apple, lemon and orange, all of which can make a real difference to the traditional taste of Turkish tea.

10. Turkish tea is sometimes paired with a narghile

A nargile is a water pipe that you can add tobacco and charcoal to before smoking. These pipes are a surefire way of sparking a conversation between two people and further adding to the social aspect of drinking Turkish tea.

Research has found that drinking black tea, can reduce the chances of having a heart attack or a stroke, as it helps to regulate the heart and blood vessels. Flavonoids found in black tea can also help to reduce cholesterol levels, as well as improving metabolism and lessening the risk of diabetes.

Not only that, but the simple act of relaxing and spending time with family and friends over a lovely cup of tea, can improve your mental wellbeing, too. Who knew just how effective a hot cup of tea could be.

How to make the perfect cup of Turkish tea

Whether you fancy trying out the traditional drink before a trip to Turkey, or whether you’ve recently invested in a property there and would like to accustom yourself to the local way of entertaining, here’s how you can go about making the perfect cup of Turkish tea.

Pour the tea into glasses, leaving room for you or others to add some boiling water to taste, should they wish. Turkish tea is enjoyed both strong and weak and it completely depends on personal taste which way you choose to drink it. 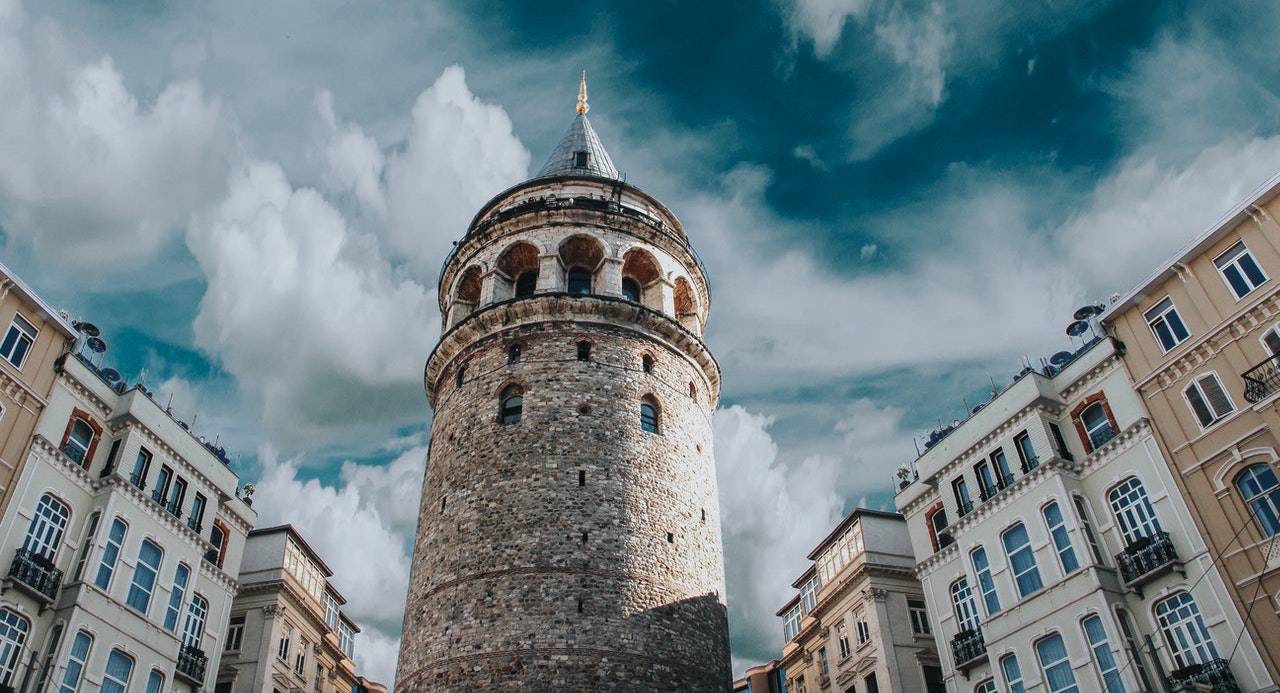 Just metres to the sea areas is this beautiful modern villa for sale in Kalkan, a great opportunity for those looking to buy in Turkey's next top destination for overseas real estate - Kalkan. Overlooking Kalamar Bay and enjoying great views throughout, this is a must see listing for those looking for something special.