Everything You Need to Know About Turkish Carpets and Kilims

Undoubtedly, any visitor to Turkey will quickly notice the obsession with Turkish carpets and rugs. Adorning the tiled floors of most Turkish homes, shops in touristic centres make a roaring trade as people scramble for a traditional Turkish carpet as an ideal holiday souvenir or gift for a loved one. Many international celebrities have been known for purchasing them including Ben Affleck, who in 2012, bought a £1200 rug from the Grand Bazaar in Istanbul.

Not including factory versions that have come into fashion within the last 10 years, traditional Turkish carpets still hold their own as a cultural item. A significant reminder of a specialised industry that harks back to the days of nomad Turks, a bonafide carpet could be the most pleasant thing you will ever walk on. Unfortunately, a dark side has emerged of fake copies and over inflated prices so let’s look at everything you need to know when buying a Turkish carpet. 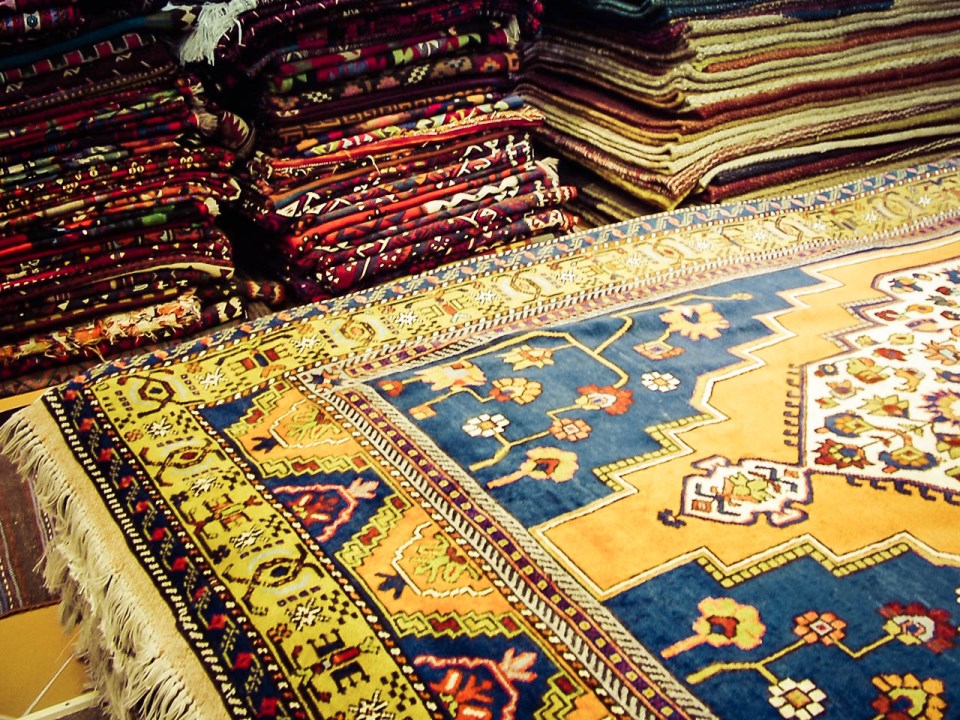 What Makes Turkish Carpets so Special?

First, it is an age-old tradition stemming from the days of nomadic Turk tribes. Usually made by women, the art of creating them is handed down from generation to generation. In the past, as well as being made to keep the home warm and welcoming, they were dowry items for brides or given to the local mosque.

Historically each tribe also had their own motifs so all of this lines the simple carpet up to be part of a specialised market where individual brands like Hereke silk have become collector’s items, and antique rugs sell for thousands of dollars.

Lastly, during the late 19th century, Turkey embraced the use of synthetic dyes but old-fashioned methods use homemade dyes. Villagers collect insects and plants, roots and nuts to make certain colours for soaking wool. This interesting article titled the Rug Missionary, about a man that travelled with a Turkish carpet collector says…

“It can take three hundred and twenty-five pounds of dead insects or dried herbs to produce just one pound of even the most common colour. Here is the nineteenth-century recipe for Birbul's blue, a pale sky tint, which was first published in the West by Walter A. Hawley, in 1913, in his classic book, "Oriental Rugs Antique & Modern":

Take cinnabar, indigo, and alum, grind and sift lighter than the light dust of the high hills; soak for ten hours; keep stirring it; put in the wool and soak for many hours. Boil for three hours; wash in kurd water, water in which kurds and whey have been well beaten up; leave for three hours, and then wash and beat again in water.” 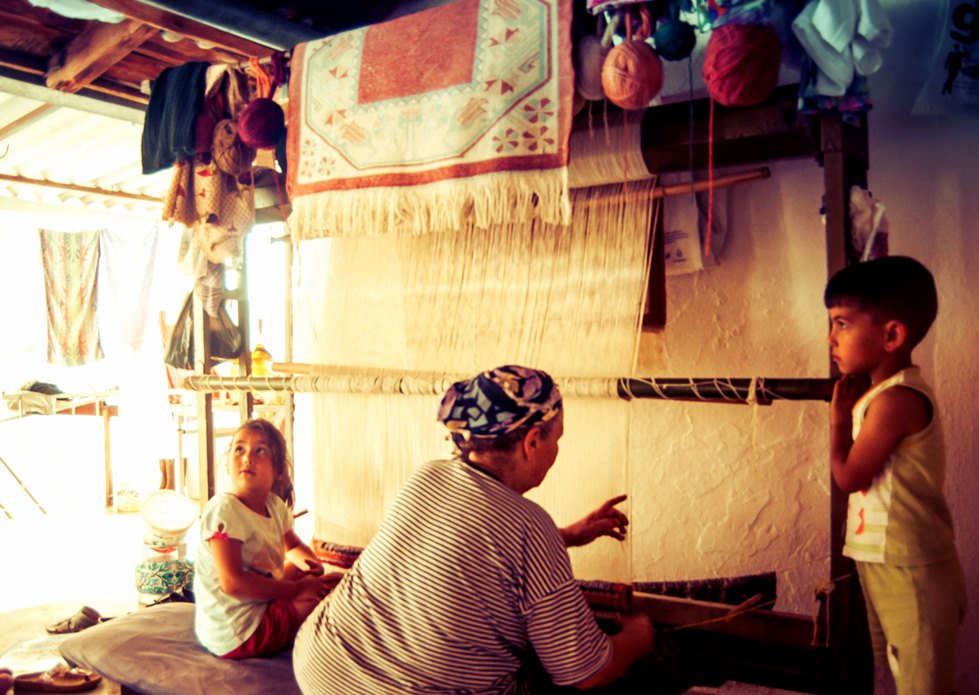 Carpets, Kilims, and Prayer Mats: What is the Difference?

Carpets called hali are big, thick, and generally used for areas of the house such as the living room, bedrooms, and hallways. Kilims (rugs) are thinner and flat-woven with a vertical and horizontal thread. Lastly, small prayer carpets that are easily rolled up and carried around are explicitly for that purpose only, although some collectors have been known to frame and display antique silk versions.

Hereke, a small coastal town on the outskirts of Istanbul rose to fame when the Ottoman Sultan Abdulmecid used them to furnish his newly built and lavish Dolmabahce Palace. He was so pleased with the results that he later gave Hereke carpets to visiting dignitaries. Traditionally known to be large and made of cotton and silk, such is the precision of their knots, the motifs and patterns prominently stand out. These carpets are some of the most expensive in Turkey.

Usak, a western Aegean town more noted for their kilims, likewise, gained an esteemed reputation during the Ottoman era as a major centre of production. Also called Oushak or Anatolian rugs, their trademark includes earthy colours such as cinnamon, terracotta, and saffron although, in later years, the trend shifted towards including red and blue. Usak carpets can also include Persian floral patterns.

The district of Kutahya that often exports their carpets abroad has for many generations, made Yagcibedir carpets. Each thread and its colour reflect the feelings and thoughts of the woman that made it. Instantly recognised by the intensive knot density, and short, clipped pile, these carpets are also known for their blue backgrounds traditionally teamed with bright red motifs.

Other areas of Turkey known for beautiful carpets include Canakkale, Aycalik, Bergama, and Milas on the Aegean coast while further inland; buyers should look at carpets from Denizli or Konya, of which the ancient traveller Marc Polo complemented the latter. 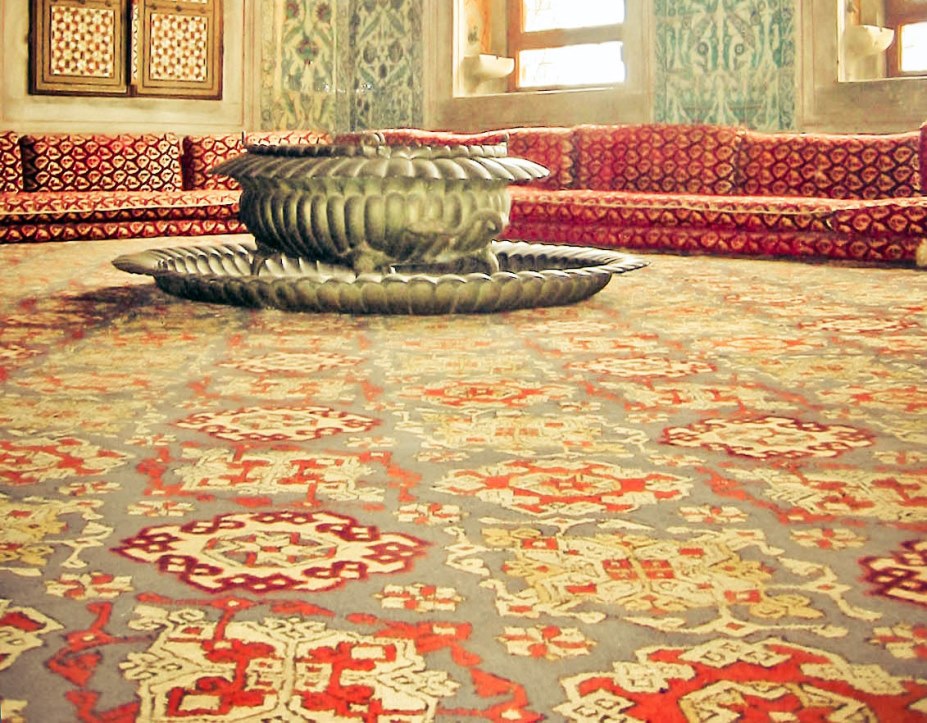 What You Need to Know When Buying Turkish Carpets and Kilims

As mentioned previously, unfortunately, fake copies usually made in China flooded the market giving it a bad reputation and some establishments continue to sell them. It is extremely hard to spot a fake so if you are spending a lot of money or want the authentic version, research each carpet and seller. Also, consider employing an expert or seeking out verified establishments. Don’t make it a rushed purchase.

Check the back to see if it looks the same as the front. You should be able to see each knot clearly, and exact replication of the motifs. Slight imperfections also indicate an original handmade product. If the seller has two carpets that are exactly identically with no imperfections, investigate further. Do not assume a certificate means anything because likewise, they can sometimes be fake as well.

Finally, carpet sellers expect buyers to haggle so they have already overpriced their products. Be prepared for a long drawn-out bargaining session if you want to save yourself from paying over the odds. 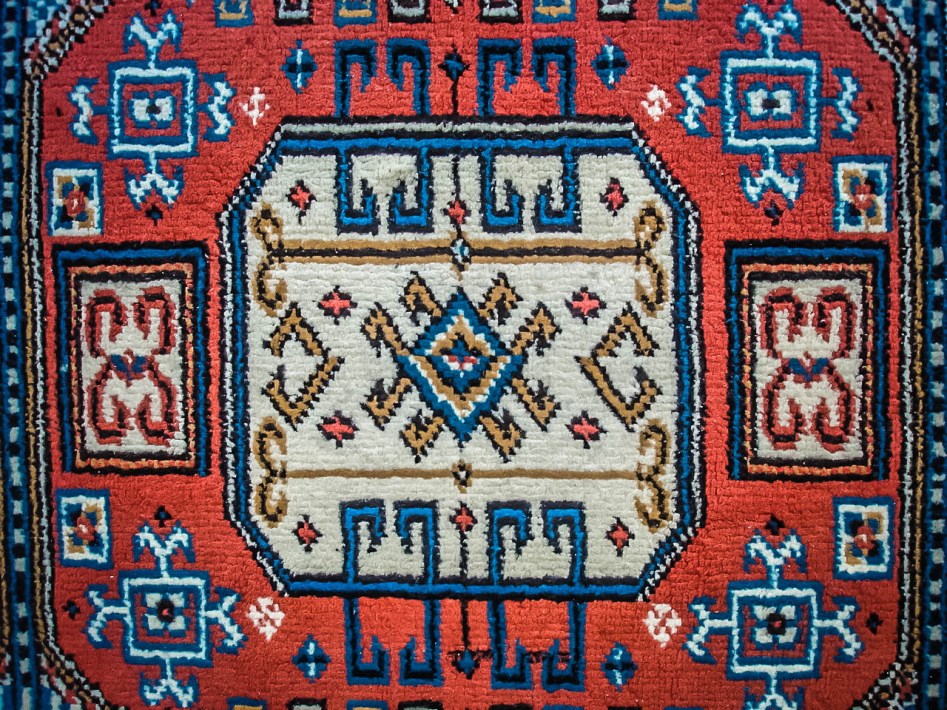 - Common tourist scams to avoid in Turkey : Discussing carpets, and much more