About Turkey Guide to Dolmabahce Palace in Istanbul

Guide to Dolmabahce Palace in Istanbul 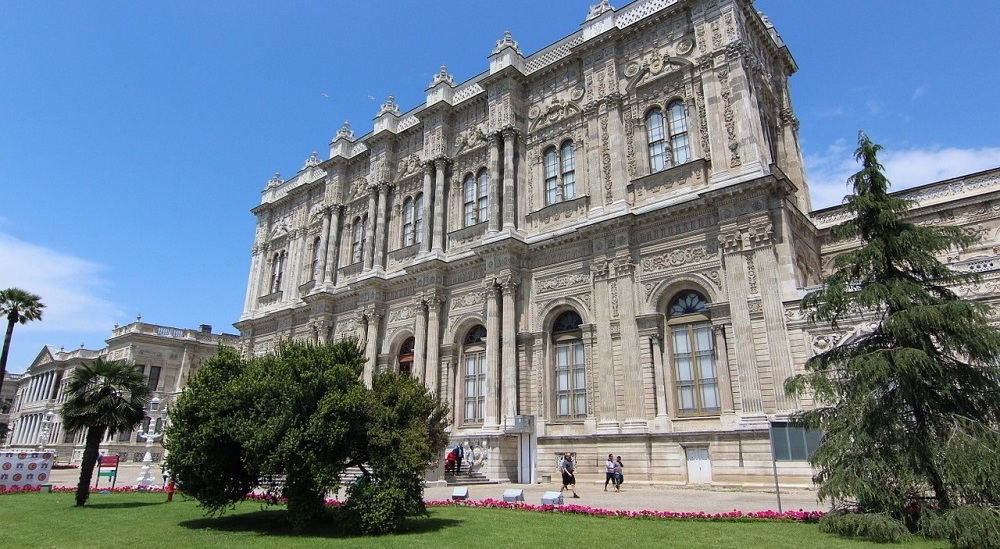 When it comes to Ottoman landmarks, the Dolmabahce palace of Istanbul amazes everyone. This majestic building sits aside the Bosphorus straits and portrays the great Ottoman Empire's last days. The large size, interior decor and design, and garden landscapes are a remarkable sight. Despite not being as popular as the famous Topkapi palace in the Sultanahmet district, Dolmabahce Museum maintains an air of respect. It reflects Turkey's turbulent history alongside the nearby clock and mosque of the same name. Words cannot honestly describe its Bosphorus beauty and beauty held within. Steeped with history and culture, you will need about three hours to appreciate this Istanbul landmark truly, but you could easily stretch this visit out.

Guide to the Dolmabahce Palace

Built by court architect of Sultan Abdulmecid, Karabet Balyan between 1843-1856, Dolmabahce Museum features many different architectural styles. The sultans had several palaces, but Topkapi was the official residence until Dolmabahce was completed.

The Istanbul palace has three floors of equal proportions, with over two hundred rooms and forty halls. A quay running alongside the palace stretches six hundred metres, and there are two gates; the one landside is of ornate design. Immaculately kept gardens surround the museum, and a vast ballroom features immensely high ceilings. The sultan would have received his guests in the enormous, and the wing located behind the ballroom would have been the harem.

The palace exceeds any other in lavish design, with all original decor and fixtures intact. Ceilings and walls feature various paintings from famous artists at that time. All furnishings and halls are different shades of the same colour, and expensive Turkish rugs and carpets sit on top of the wooden floors.

In the ballroom with views of Istanbul's Bosphorus straits hangs a magnificent crystal chandelier gifted by Queen Victoria, consisting of four and a half tons of crystal. The orchestra sat in the upper ballroom, and an underground system, later replaced with central heating, heated the rooms.

Mustafa Kemal Ataturk was the Turkish Republic's founding father. He came to power after leading and winning the Turkish War of Independence. After the Sultan and Ottoman Empire were disbanded, Ataturk used Dolmabahce when he visited Istanbul on business. He passed away in a room in 1938. The room, which is open to public viewing, has the clock set at the exact time of his passing. Before the government moved his body to Ankara, he laid in state here for the public to pay their last respects.

Photos and videos are forbidden within the Selanik and Harem sections but permitted in the gardens. Although you must book guided tours, seeing the palace beats reading books about it every time. Dolmabahce in the Besiktas area of Istanbul closes on Mondays but opens between 9 am and 6 pm every other day. Buy your tickets before 5 pm, when booths close.

Famous Buildings in Istanbul: From Galata tower to the Blue Mosque and Hagia Sophia, Istanbul is home to many other world class attractions that should be on your bucket list when you visit the city. This article lists the top attractions by number of visitors, the reason they are iconic landmarks and their background history.

Topkapi Palace: Before the Sultans lived in Dolmabahce palace, they occupied and ruled from Topkapi, sitting aside the Bosphorus. Displaying more traditional architectural styles than Dolmabahce, visitors quickly see how the Ottoman empire changed. This article talks about their first palace, reasons to tour, and expectations. The palace is a marvellous insight into the kingdom, along with a visit to Dolmabahce Palace in Istanbul.