Let's look at a few of Istanbul's hidden gems that delight every who have the fortune to stumble upon them. Travelling to Turkey offers the prominent Istanbul locations, including the sights, mosques and bazaars. For some travellers, the joy of a destination is finding gems most tourists do not know about.

Most travellers to Istanbul, visit the Sultanahmet area for hotspot touristic attractions like the Hagia Sophia, Hippodrome, and Basilica cistern. And rightly so, this old spot of Constantinople, was where the Byzantine and Ottoman-empires ruled from. But there is more to the city than that. To truly experience Istanbul, take the time to explore the city's backstreets. As you move around, you will come across unusual discoveries, and places to make wonderful memories. So, let's take a sneak peek at where locals know about, but tourists rarely visit. 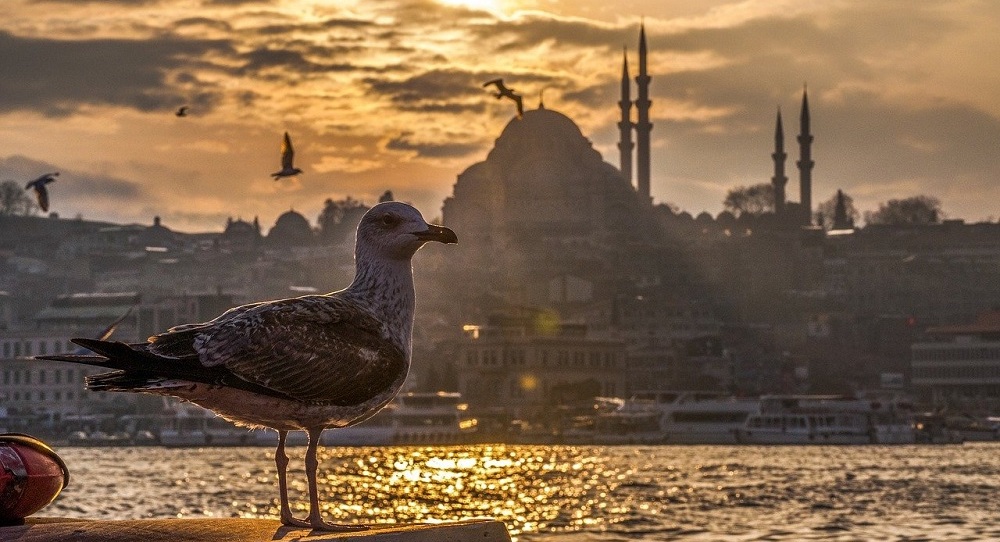 Sitting within walking distance of the Topkapi Palace, Gulhane is the perfect place for a leisurely stroll in Turkey's busiest city. Devoid of the lively hustle and bustle, this Turkish-delight is one of the old city gems, often used by Ottoman sultans before it opened to the public. Also housing the Museum of Islam Science and Technology, its beauty especially shines through in April, when the annual tulip festival happens. We would suggest a cup at the Tea Garden in Gulhane Park. The open-air tea garden boasts magnificent city views. They serve tea in a traditional Samovar or teapot. Once you have strained a cup and perhaps added a bit of sugar, sit back, and enjoy the view. Discover more parks to visit in Istanbul. 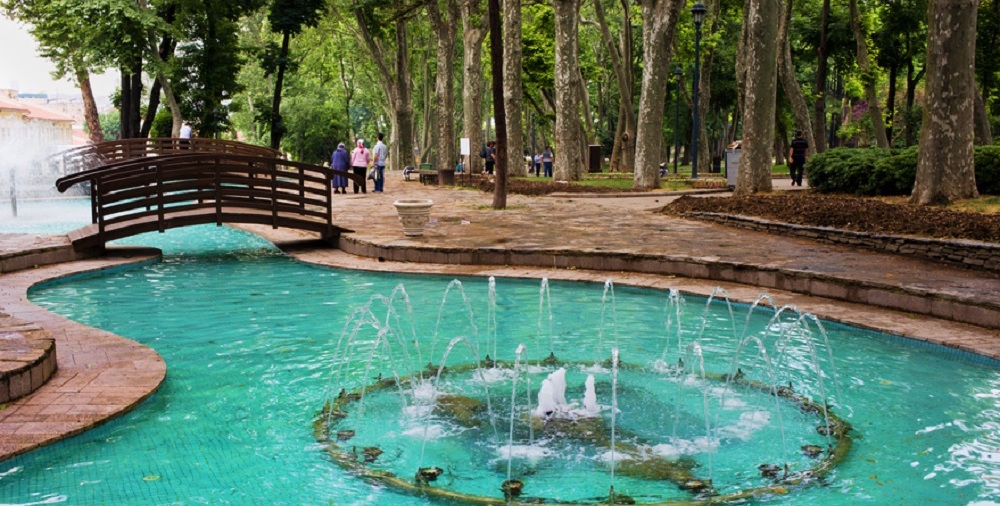 To enjoy a panoramic view of Istanbul city, the Bosphorus Strait and Golden-horn, take the time to visit Camlica Hill, especially during sunset. Enjoy a picnic or dishes at a small restaurant selection, where the views inspired many writers and artists to greatness. Sitting in the Uskudar district, its beauty is also in the fountains and flower displays. If you like all-encompassing views, also catch the cable car up to Pierre Loti Hill in the Eyup District. This conservative area is well known for the 15th-century mosque that holds one of Prophet Muhammad's' advisor and friend's tomb.

Many cities around the globe have some form of an art walk, and Istanbul is no exception. Schedule an art walk and enjoy your guided tour through the city's art treasures with an English-speaking guide who moves at your pace. See pictures of some attractions on Instagram, but we think this spoils the surprises of varied contemporary and historical art treasures housed within the city's walls. There are many well-known museums in Istanbul, but our favourite gem is the Panorama 1453 History Museum. This museum uses sound, artefacts and a huge (really, really huge) painted mural to introduce the 1453 siege on Istanbul. (More museums to visit in Istanbul.)

We suggest Rustem Pasha Mosque sitting a short walk from Galata Bridge, and the Spice Bazaar. This octagonal gem is not remotely as famous as it is cousin, the Blue Mosque, yet it is stunning in its own right. Designed by architect Mimar Sinan during the Ottoman era, the mosque has extraordinary blue and red wall tiles and a red floor, accented with fantastic wood carvings and inlay. The red tiles were usually reserved for the wealthy because of challenges in making them and the red dye's rarity. We will leave you to discover the rest of the mosque's secrets. Read more about famous mosques to visit in the Republic of Turkey. 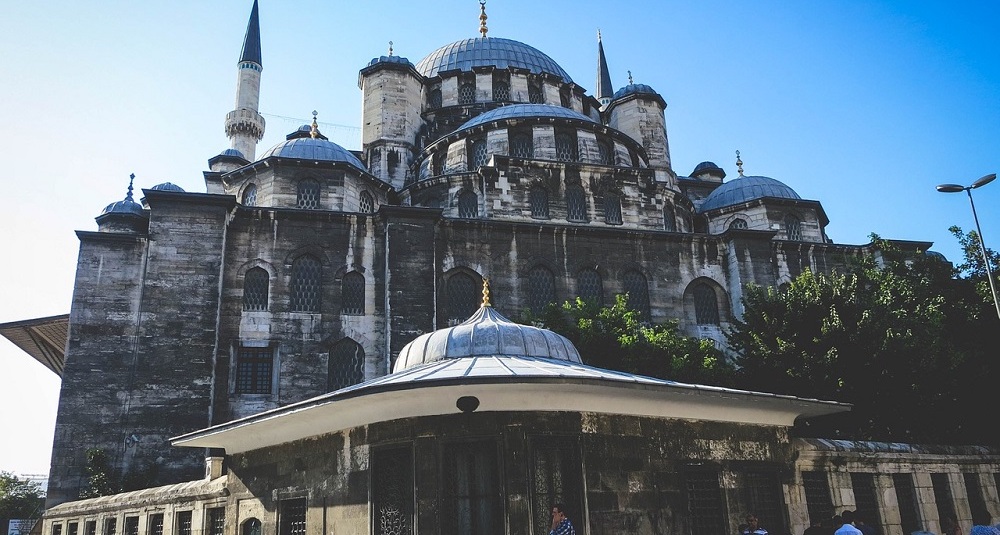 Around Istanbul, sit hundreds of markets, but book lovers should head to Shaflar, sitting in a courtyard near the Grand Bazaar. The market features dozens of small stalls with thousands of book titles. Explore all genre of books, many in English. In a unique historical twist, the market sits on the site of the original book and paper market, dating back to the Byzantium period when merchants clustered based on their wares. Also, seek out the small section through a small gate where coin dealers set up. (Guide to malls, shopping streets and bazaars in Istanbul.)

Istanbul has always been hotly contested because of its geographic location. Nations knew controlling Turkey meant controlling the travel between the Far East, the Middle East and Europe. During these rebellions, religions were often squashed or forced into hiding. One tiny sliver of historic Greek Orthodoxy remains at the Crimea Memorial Church. The Patriarch of the Greek Orthodox religion resides in Istanbul. On Sundays, the church hosts a brightly coloured procession and service attended by many of Istanbul's remaining Greek Orthodox. (Famous churches to visit in Turkey.)

Where to Eat and Drink

Local guides offering walking tours are great resources to find out where locals eat. They also explain the culture of eating, Turkish coffee, and Turkish tea houses. On the list of gems should be Tavanarasi boasting of high reviews on Trip Advisor by Istanbul Turks. From seafood to vegetarian dishes, this restaurant is well known for low prices by the locals, but the food is also fabulous. Another gem is the Karabatak Café, a ten-minute walk from Genoese Galata tower. The Karabatak is a symbolic bird to Istanbul's residents, and you will see many diving for fish. So enjoy local treats in a warehouse transformed into something in between a college fraternity house and a second-hand store with no apparent decorator's touch. Swap continents to head up on the Anatolian side, and Kadikoy fish market (Balik) is a must because surrounding restaurants cook your dishes for you.

About Istiklal Avenue: There are many other hidden gems to discover while walking in Istanbul. We recommend heading to the cosmopolitan new city, otherwise known as the Beyoglu district, where the Taksim Square monument stands. Most people associate this long street, with the red tram, and as the shopping and culinary hub with many nightlife pubs hosting live music. Yet explore the side avenues, and back paths of each neighbourhood to find more sightseeing delights and cafes that we talk about in this article.

Istanbul City Guide: As local experts, we have taken all our knowledge to present our city guide full of useful information. Talking about famous districts like Besiktas, Nisantasi, it also lists all 39 communities on the Europe and Asia sides, and what makes each one stand out. The city is safe and embraces its gateway status by embracing its diversity. Visitors benefit from discovering more of Istanbul's hidden gems from a people who have played host to so many cultures for centuries.