Adventure Sports in Turkey to Push the Adrenaline

For adventure sports in Turkey, expect the best in a growing industry, attracting adrenaline fans from all around the world. Just after the turn of the century, Turkey laid the ground roots for a twenty-year plan that would propel them into the official top ten list of most popular holiday destinations in the world. One key aspect of that full and detailed plan of action was to tap into the diversity of travel themes available.

Marketing some destinations for their specific attributes, like Izmir on the western coast that is an ideal spa destination, generic themes such as historical travel would also cover landmarks and attractions all over the country.

The most ambitious goal, however, was to promote itself as an ideal destination for adventure time also called extreme sport by hard-core industry professionals. Given that in those days, rules, regulations and safety aspects were ad hoc and admissible at the best of times, this proved to be a challenge since not only would Turkey have to advertise it but also revolutionise industry standards to bring it in line with European laws.

Despite the naysayers and criticism from old circles of Turkey’s tourism industry, they did it enabling them to tap into the pure adrenaline rush that most fans of adventure activities seek and by 2015, Turkey was a top ten popular adventure travel destination, ranked by the number of visitors. Looking at the diversity of those adventure sports explains how they did it.

The most significant change occurred in the skiing industry of Turkey, a trend confined to the rich and famous. The new style advertising of ski resorts now also attracted mainstream Turks and foreigners. From November to March, ski resorts around the country spring into action as hotels and restaurants open their doors for what has proven to be, their most successful trading periods to date. Its close distance to the bustling metropolis of Istanbul explains the intense popularity of Uludag, one of Turkey’s most famous skiing centres. Comprising two separate parts, the resort has all facilities including ski hire and schools, but more development is underway to overtake European ski resorts in popularity.

Mount Erciyes in the Kayseri region has a long-standing reputation for skiing and at a massive height of 3916 metres; the resort embraced skiing trends such as snowboarding. Skiing takes place on the Tekirdag plateau of the northern face of the now dormant volcano, and the longest track of 3.5 kilometres attracts budget skiers, away for a weekend from their busy jobs in the city. Otherwise, the icy climate of Erzurum is known for its 2-metre blanket of snow covering the plateaus for sometimes up to 5 months at a time. 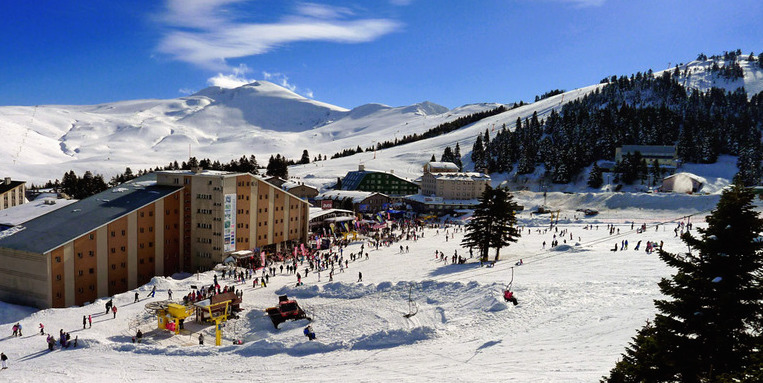 While the scenic coastal resort of Kas has para-gliding centres, Oludeniz further down the coast and home to the Blue Lagoon garners the crown as Turkey’s king of para-gliding. Day tours include trained pilots who set off in tandem rides with novices, from the Babadag Mountain, with its two summits of 1,969 metres and 1,400 metres. Running their season from April to November, the main popularity for this adventure sports is because nobody needs to be an expert. Complete novices’ hand over control to trained pilots who take them soaring through the air for 40 minutes before gliding in to land on Oludeniz beach. 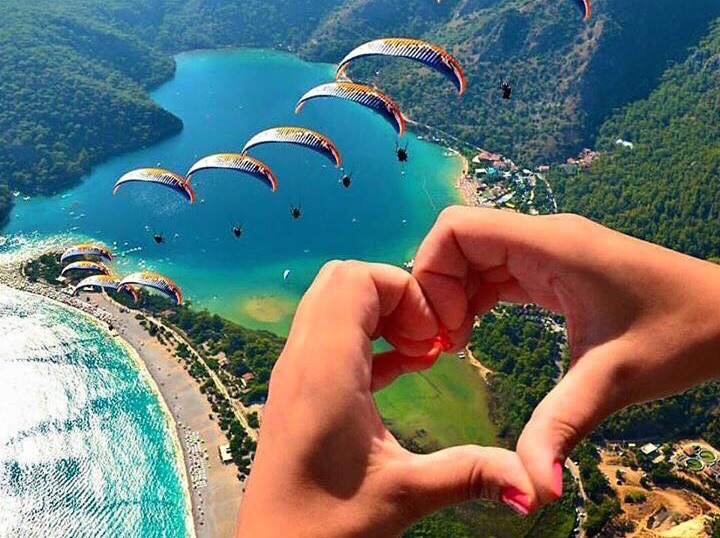 Navigating 12 rapids on a course length of 13 kilometres, the Koprucay River in Antalya has become the favoured destination for white water rafting in Turkey. Rushing under Roman bridges sitting in among magnificent green scenery, rafts holding ten people will navigate the gushing stream of water for 2 hours before ending at a local restaurant for the favoured tradition of a summer barbecue.

Once again, this adventure sport attracts attention from novices, eager to try their hand at something new. After safety training, they embark on an inflatable raft with a trained professional to guide and look after their team. 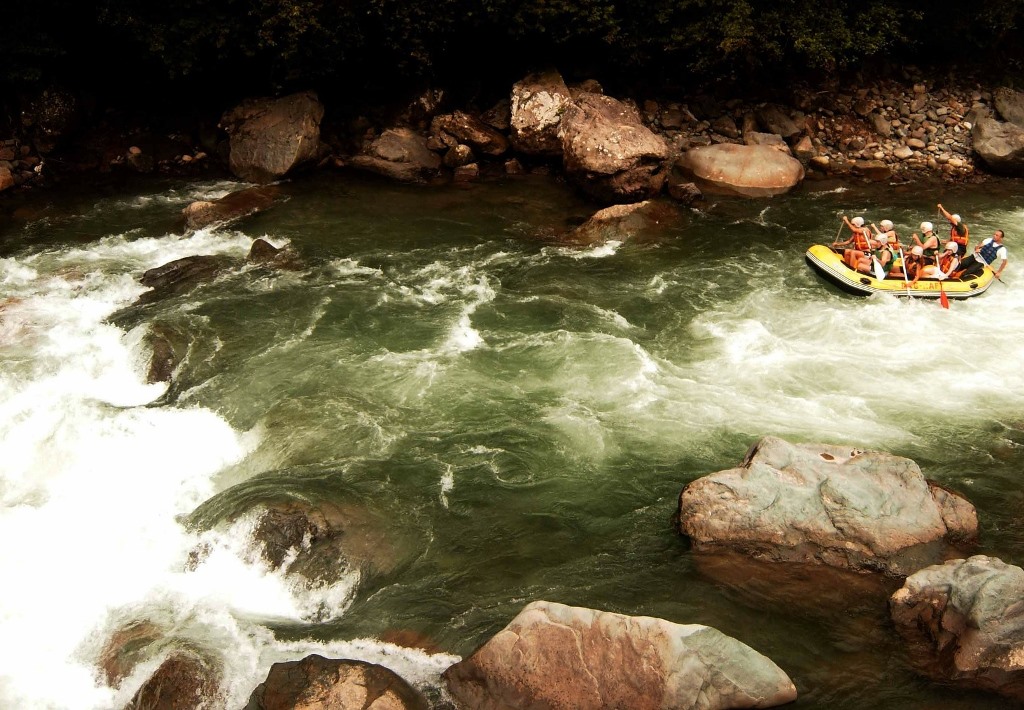 With a long-standing historical background as sponge divers, it is no surprise that scuba diving is big business in Turkey, on the Mediterranean Turquoise coast. Hotspots areas to go underwater include Kas, hosting many underwater shipwrecks or Aegean Bodrum with its variety of marine sea life. Once again, though, Turkey has not confined this sport to experienced divers since novices can sign up for try dives in hotel swimming pools, or a one-day sea dive from the comfort of the shoreline. Anyone with time to spare can also complete a PADI course enabling him or her to solo-dive in designated areas all over the world. 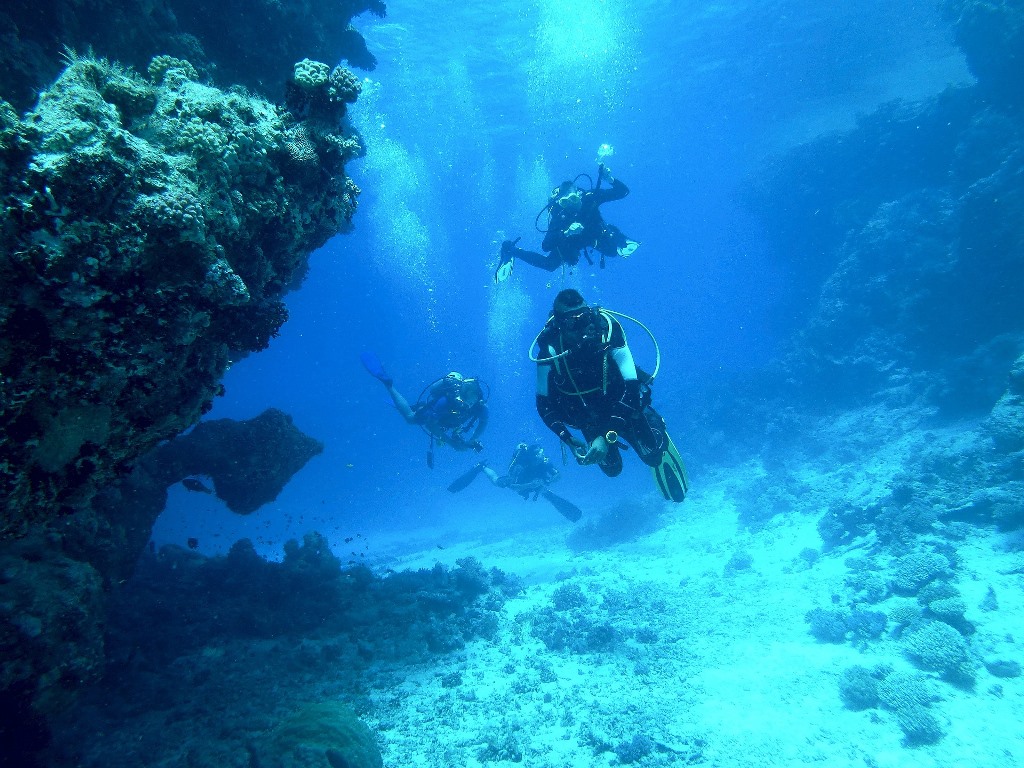 5: Canyoning and Caving in Kas

A, new, and exciting outdoor experience is canyoning on the southwestern coast near picturesque Kas, on the Lycian Way. Combining walking, climbing, and abseiling, canyoning in Turkey is a thrilling experience thanks to the intricate mountain ranges and their gorges formed over thousands of years. After a safety briefing, participants receive helmets, ropes, and wetsuits to navigate through waterfalls, scale canyon walls, and climb over large boulders. Any non-disabled person who can swim has a head for heights and seeks the adrenaline rush of being conscious in the moment, takes to canyoning.

The Mediterranean is home to the historical and iconic ruins of Kekova, an ancient city that sank after an earthquake devastated the land. Since the law prohibits diving and swimming among the ruins, the favoured way to see them is sea kayaking, a hobby marketed to experienced and novice sea-kayakers. Setting off from the small rustic village of Ucagiz, sea kayakers paddle across a vast stretch of water to reach Kekova. Using a combination of hand and foot skills to navigate the kayak, they pass over the ruins before turning left and heading to Simena that is famous for its castle and a popular swimming spot for the endangered Caretta turtle. 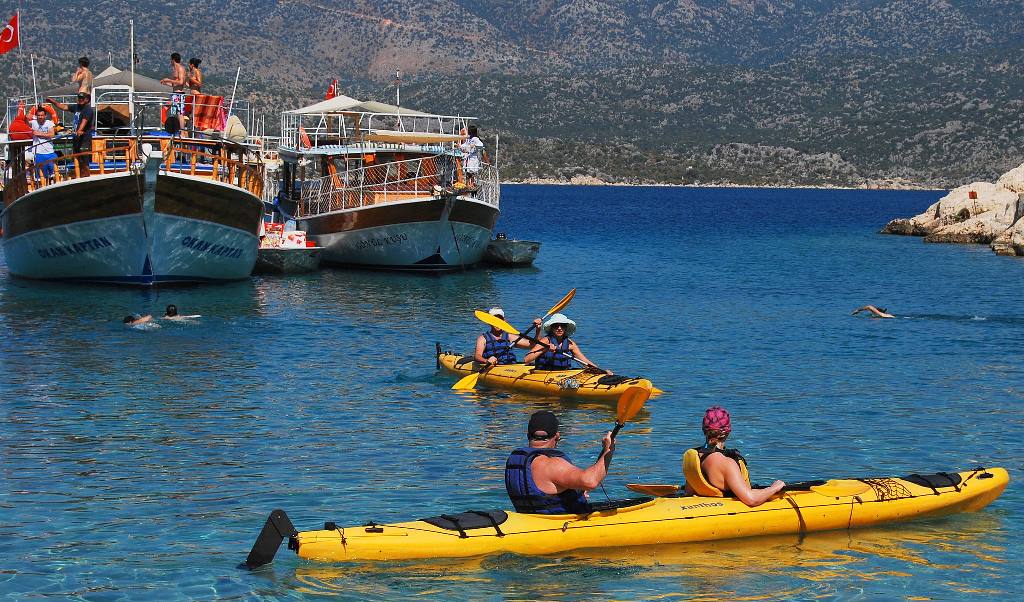 For some, the thought of a hot-air balloon trip sends their nerves into a frenzy but speak to those who have been there and done it, and they will say it is an unmissable outdoor adventure that should be on everyone’s trip when they visit Turkey. You must pre-book your ticket beforehand, but then get ready because you will wake up at dawn, be picked up and taken to indulge in a sumptuous and hearty Turkish breakfast. Then taken to the take-off field to rise in the fresh streams of air while witnessing one of the best sunsets you will ever see. 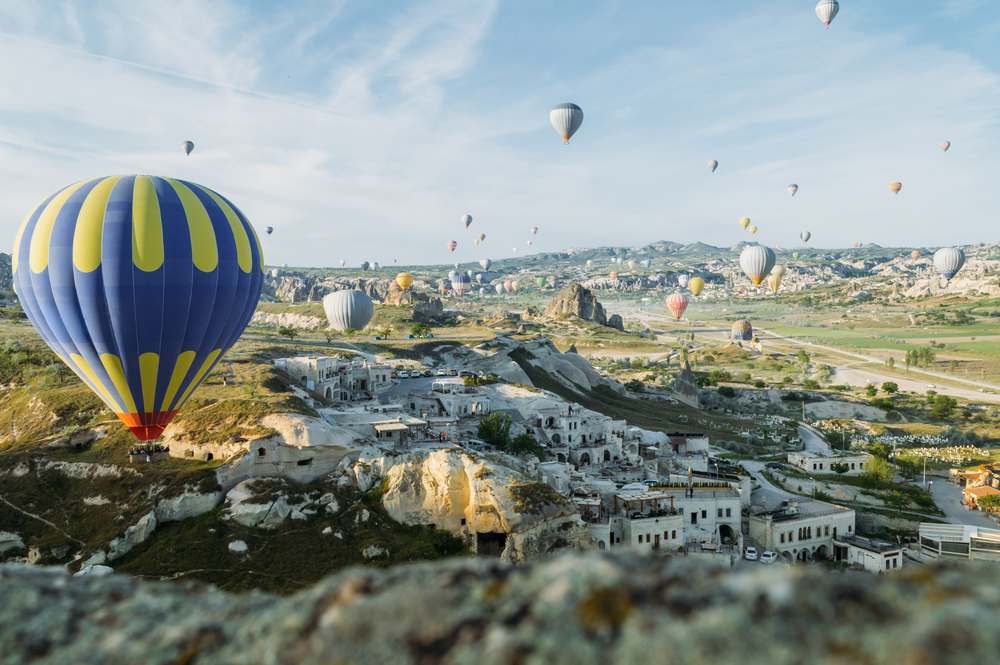 When it comes to splashing around, take your pick from hundreds of coastline destinations that offer a variety of water sports from May to October during the official tourism season. Outdoor activities don’t get any better than hitting the beaches and open sea for that sense of freedom and relief, whether this is hiring a jet ski, or opting to glide high while a boat pulls you along. Take part in a solo sport such as para-gliding, or fishing or for excellent team-building skills, jump on board the banana boat, or indulge in a spot of beach volleyball. 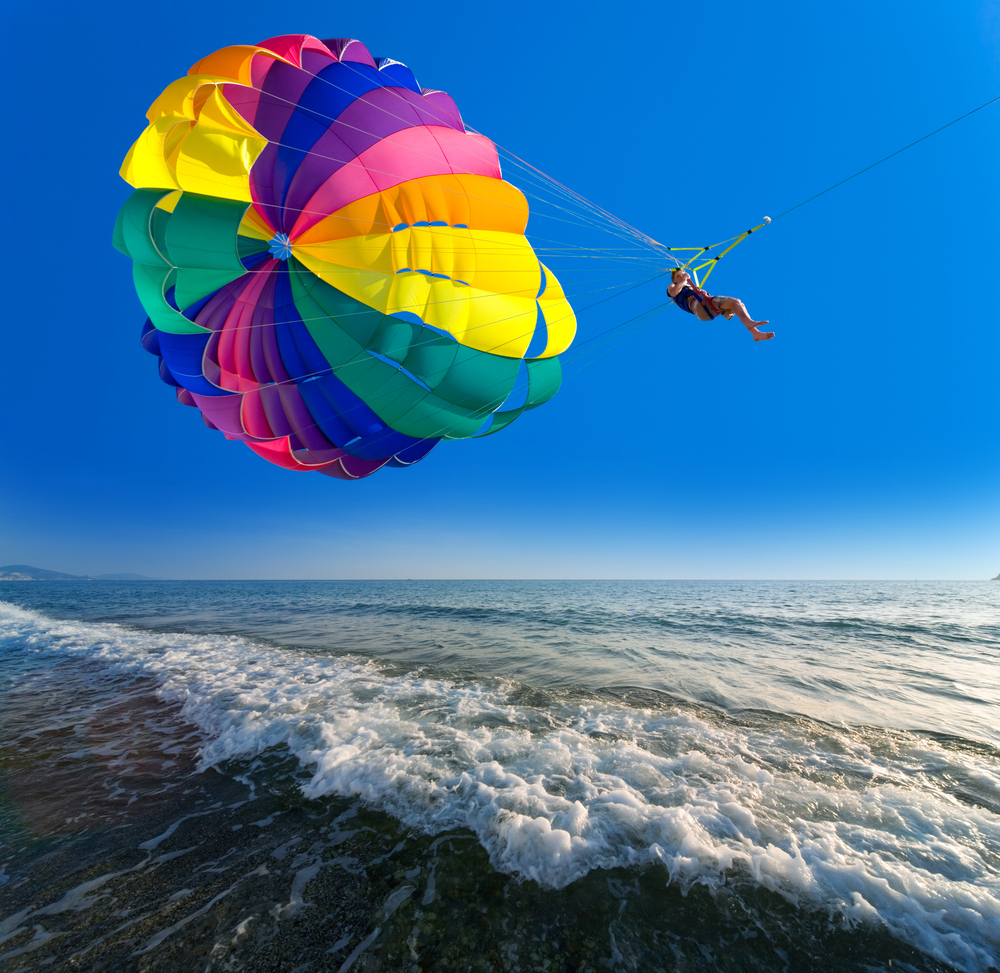 Ask any seasoned traveller, where the best place to windsurf is, and they will say Alacati; albeit Gokova bay is receiving a fair bit of attention as of late, for kitesurfing. Alacati’s dedication to the sport shines through in the thousands of surfers who descend on the small, quaint village every year. They also boost their profile by holding an annual event. You don’t have to be experienced either because the resort is home to plenty of schools who will teach all beginners how to ride those gentle waves. 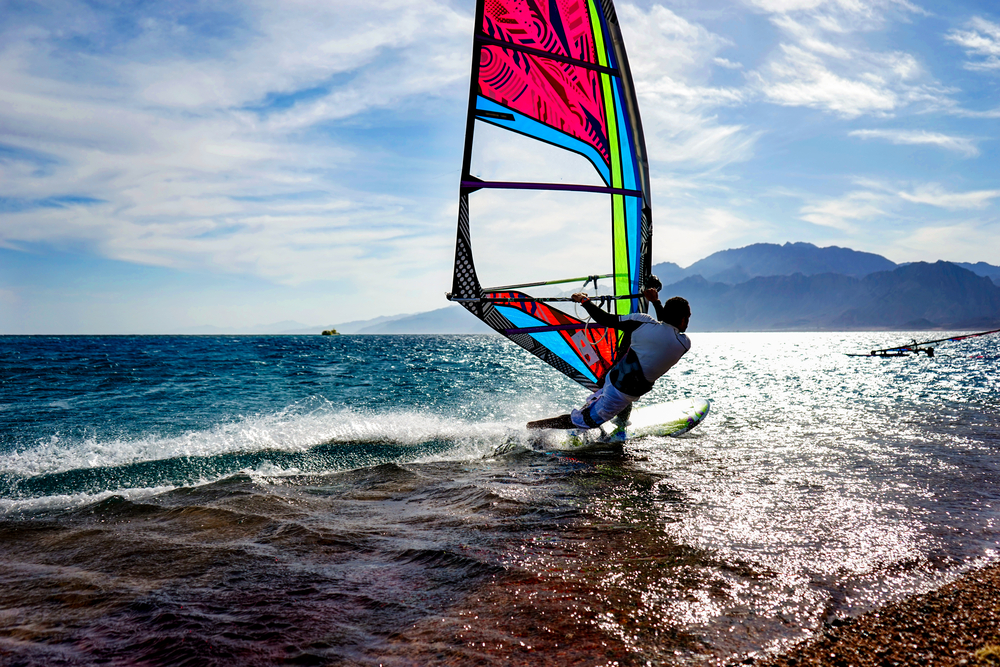 Need to Know: Not everyone desires the intense adrenaline rush that these sports provide, but more gentle adventure sports are also sold all over Turkey including trekking, mountain biking and the most popular activity of Jeep safaris that navigate mountain roads to take visitors to villages and places, rarely mentioned in mainstream travel brochures. Regardless of which activity you want to undertake, we stress the need for specialised travel insurance. Most mainstream packages do not cover adventure sports in Turkey, and you will need to get a specific plan.

Unexplored Places in Turkey: We guess that if you like unusual activities, you will also enjoy getting off the beaten track to discover places not mentioned in the mainstream travel guide books. From the east of Turkey to the west, we look at destinations that provide the perfect outlet for adventure travel.