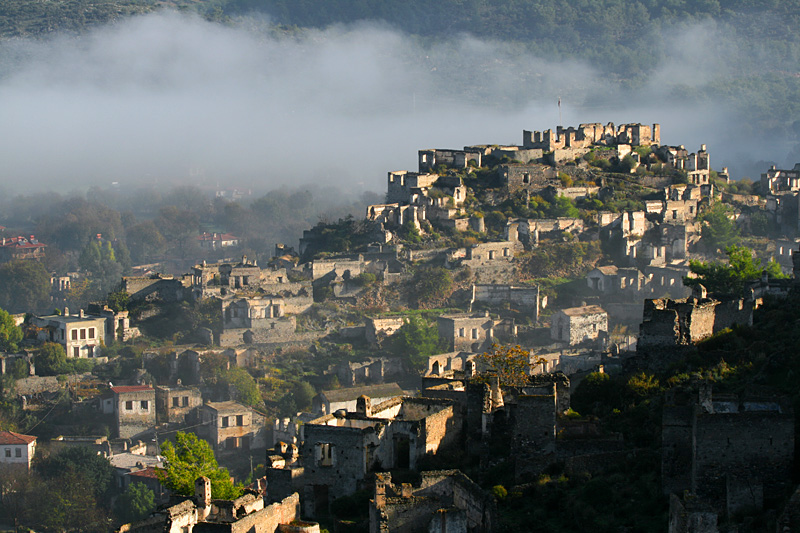 With its long and winding history, Turkey is full of atmospheric spots. We've rounded up some sites that will send a genuine shiver down your spine. Explore quiet streets, tiptoe through ancient buildings and soak up the ambience.

Kayakoy is an endlessly fascinating - not to mention creepy - spot that deserves to be celebrated. The mysterious abandoned village is just 15 minutes or so from busy Fethiye town centre, but entering the village feels like you’re stepping out of this reality and into another time.

Kayakoy was once a Greek settlement. However, in 1923 a population exchange with Greece saw its inhabitants leave the area for Greece, almost overnight. They left 350 homes, a church and a school. The elements worked quickly on the empty buildings, and although the village is a little less than a century old, walking among the crumbling buildings you’d swear you’d found an an ancient ruined city. 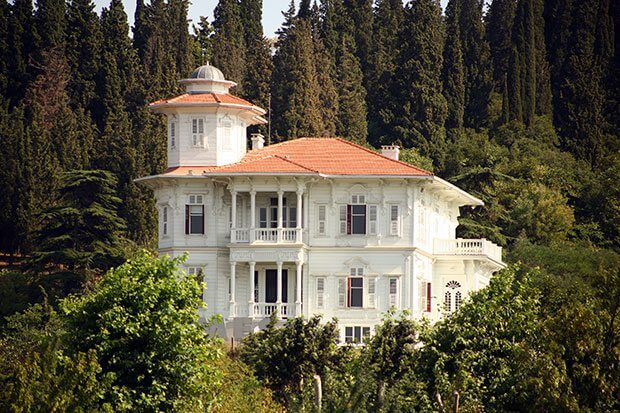 In a city as old and storied as Istanbul, there’s bound to be a few places rumoured to be haunted. On such spooky spot is located in Kuzguncuk, on the Bosphorus: the Cemil Molla Mansion was once the home of the Minister of Justice, who arranged its construction in 1886 towards the end of the Ottoman Empire.

The mansion was the talk of Istanbul for a long time, due to its sumptuous decor and modern fittings - it was the first civilian building to have a heating system and telephone, for example. However, its history is mired in darkness. The original owner died and the next two owners died in uncertain circumstances. The building was abandoned and over time, the magnificent wooden mansion began to crumble and in 2004 renovations began. However, workers completing the restoration reported strange sights: ghostly figures and missing objects. It’s reported that some workers even downed tools and left the mansion, refusing to work there. Restorations were completed, but a dark cloud still hangs over Cemil Molla Mansion. 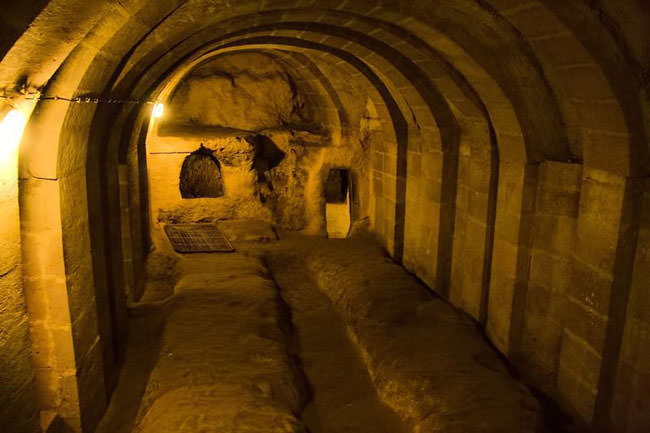 There are 36 underground cities in Cappadocia, where soft volcanic rock made for easy tunnelling for the communities of people who chose to live below ground for safety and comfort. Derinkuyu is the deepest, with multiple levels reaching depths of 60 metres, or 200 feet. Around 20,000 people once lived there - and not just existing, rearing cattle, growing food, making wine, gathering in meeting halls and raising generations of cave-dwelling children.

The dark corridors of Derinkuyu are inevitably said to echo with the footsteps of the long-dead underground dwellers. It’s even said that an archaeologist from the original team who excavated the city became lost in one of the twisting underground passageways of the ancient city and was never quite the same again. Tourists have also reported strange shapes and unaccounted for movement during tours, some of which has been documented in photos and videos.

Whether you believe that ghostly figures walk the halls of Derinkuyu or whether you think it’s the figment of someone’s imagination - there’s no denying that the cool, silent underground city has an atmosphere like none other. 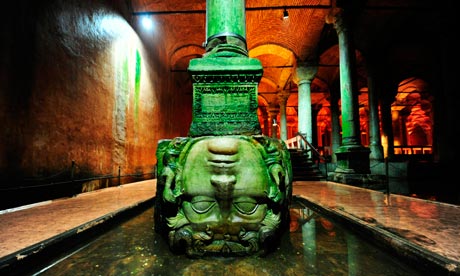 The underground cistern in the heart of Istanbul was built during the sixth century used for hundreds of years to supply water to nearby residents. It’s an incredibly striking site: recangular underground structure supported by 336 30-foot columns in 12 rows. When you first enter it seems like an almost endless space - of course, it had to be large: it was built to contain up to 100,000 tonnes of water.

Tourists can roam around the columns, which are adorned with ancient carvings, such as the two statue heads of Medusa - one is upside down, another sideways. No one’s been able to figure out why - or even what they’re doing in an underground water chamber.

The dripping water, low lighting and atmospheric music mean it’s possible to convince yourself that there’s a ghostly element to the basilica. Thousands of slaves died in the making of the huge structure, so the basilica’s history is not a happy one. This is one place you wouldn’t want to explore on your own.

Located on the edge of a sheer cliff face, this thousand-year-old monastery looks like it could’ve been designed by a Hollywood set arranger with the brief “construct a formidable lair for an evil genius.” However the monastery, located on Turkey’s Black Sea coast, has actually housed Greek Orthodox monks over hundreds of years.

The history of the monastery is full of intrigue and romance, with numerous legends about monks carrying out brave and daring deeds, most recently in 1930, when an Orthodox monk, sent to Greece in the 1923 population exchange, secretly returned to claim the treasure his compatriots had buried there when they were forced to flee.

Locals believe the monastery and surrounding area to be haunted by the ghosts of monks past. And it’s certainly not hard to let your imagination run away with you when you see the monastery on a foggy, gloomy day. 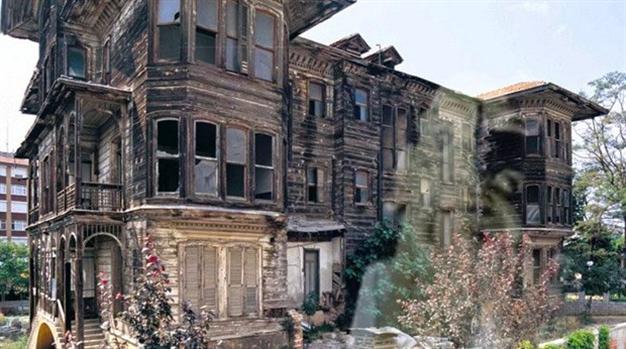 There are many of these old wooden manors, or ‘kosks’ in Istanbul, and all have long histories and stories to tell. This old rundown kosk looks more like a horror movie stereotype than a venerable old home. It’s more likely its scary exterior has given rise to ghosts and not the other way round. Nonetheless, it’s rumoured by locals that the mansion disappears for one day a year. Strangely despite the predictability of this occurrence, no one has yet managed to document it. Whether ghosts exists or not, we’d wager few people would be brave enough to spend a night here on their own.