Most people have heard of Mimar Sinan, the most famous Turkish architect. The Ottoman sultans adored his work, therefore cemented his place in their history. He inspired many of his students to go on and create masterpieces such as the Blue Mosque, but none could quite match his standards.

However, during the last twenty years, Turkey has undergone a massive transformation in infrastructure and urban planning. Turkish architects are highly in demand, and some have risen the ranks of fame to create their own legacy that one day, might even match the work of Mimar Sinan.

The Exploded House in Bodrum Turkbuku for sale

$2,575,300
4
4
Bodrum
Celal Gokhan Avcioglu grew up in the capital city of Ankara. Graduating in 1983 with a degree in architecture, he founded GAD (Global Architectural Development) which has received international fame for its various projects around the world including in the USA.

As well as a teaching position in Paris, Celal has four offices including one in Istanbul and one in Bodrum, both of which are highlighted areas of Turkey for unique architectural trends.

His projects cover a variety of buildings including office, residential, and retail but he has also branched into urban planning, a much-demanded resource in this current day and age when cities, towns and villages seek to modernise and update their real estate in Turkey markets.

Residents of the European side of Istanbul will most certainly have seen his work if they shopped in Besiktas fish market. Otherwise, another one of his masterpieces is the top floor terraces of the Trump Cadde.

Winning his first award in 1997, he stepped up his game in 2010, when many awards were forthcoming from various global institutions. Now heading up a dedicated team, they adhere to the belief that media, culture, technological innovations and consumer habits influence architecture and urbanism.

This may explain his inspiration for creating Turkeys first luxury, eco-friendly villas in Antalya, a contemporary, millionaire villa in Hollywood and many of Bodrum’s all-inclusive holiday resorts.

However, one of his most celebrated projects for the Bodrum region is the Exploded House of which the design was open plan to encourage outdoor living as well as perfectly coordinate with the surrounding landscape.

Naturally, given the stunning landscape of Bodrum’s hills, floor to wall windows give off a fantastic view and open electronically for a constant breeze in the summer. The swimming pool and sun terrace are set at a slightly lower elevation from the house, and uniquely the roof collects rainwater, that cascades and circulates back round to create a natural cooling system during summer. 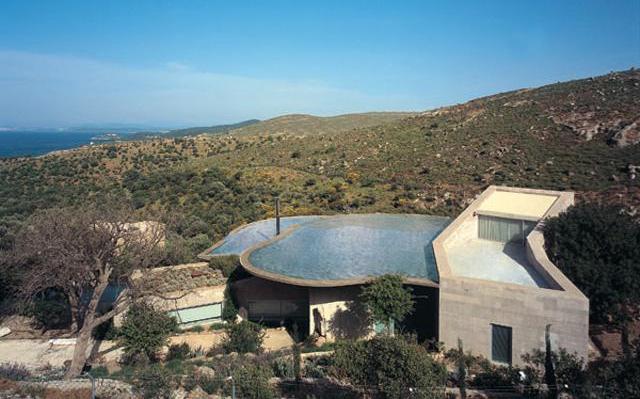 $4,326,500
4
4
Bodrum
Also stemming from the nation’s capital, Ankara, Emre Aralot started his journey to architectural fame in 1987, by working at his parent's architecture office. Branching out in 2004 to open an office in Istanbul with Gonca Pasolar, they now employ 70 people making them one of the largest firms in Turkey.

Also opening an office in London, their endless portfolio of projects stems from small, religious buildings to large residential and office complexes covering millions of square metres. The team has achieved greatness by embracing technology, to design three-dimensional models, displaying the smallest details, so potential clients see the entire project in all its glory before construction has started.

Prominent buildings in Turkey like Dalman Airport and Yalikavak Marina are among their achievements and like Celal Gokhan Avcioglu, Emre Aralot has gone on to spread his extensive experience by lecturing at various architectural schools in Turkey, America, and the Middle East.

Receiving many awards including the European Union Prize for Contemporary Architecture, he also holds professor title at the International Academy of Architecture.

When it comes to residential homes, Emre Aralot’s most beautiful design is the Four Elements Luxury Villas in Yalikavak. Four bedrooms and four bathrooms with a land size of 600 square metres use contemporary architecture to focus on air, fire, water and earth, the essential elements of life, hence the name.

His contemporary, luxury architectural style also shines through in these luxury, waterfront villas of Bodrum. Incorporating the traditional stonework architecture of the area, another tell-tale sign of Emre Aralot’s work is the floor to ceiling windows opening to merge indoor and outdoor living.

With mooring for your own private yacht as well as reception and concierge services, they focus on an alternative lifestyle epitomising everything that Bodrum stands for. 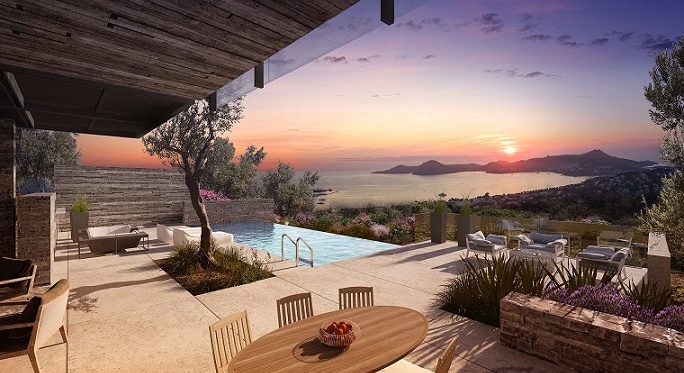 $218,100
2
2
Istanbul
The Tabanlioglu Architects Team has recently come into the spotlight again as the architectural stars behind the new Ataturk cultural centre of Taksim, Istanbul. Founded in 1990 by the father/son team of Hayati and Murat Tabanlioglu, their joint experience, along with their other partner Melkan Gursel cements their place as famous Turkish architects.

Murat Tabanlioglu bases much of his inspiration on economically practical projects including residential complexes, office buildings and the famous Galleria shopping mall, the first of its kind in Turkey.

The team has also branched out into urban planning and interior design, leading them to open offices in London and New York. Murat Tabanlioglu studied architecture in Vienna, before graduating in 1992 and like other prominent architects of his time, he teaches at esteemed universities.

The team has designed many types of buildings including high rise complexes in Istanbul, sports venues and transportation hubs. Some of the most prominent are the Istanbul Museum of Modern Art in 2004, the Sapphire skyscraper that when completed was the fourth tallest in Europe, as well as Ataturk international and Bodrum airports.

One of its latest economically workable projects was this high rise building in the Fikirtepe district of Asian Kadikoy that is currently undergoing a massive transformation and attracting many domestic and international property buyers.

With more than 1000 homes and offices incorporated into a mini-city, and features such as swimming pool, fitness centre, sauna and restaurant, it brings another dimension to the concept of city living. 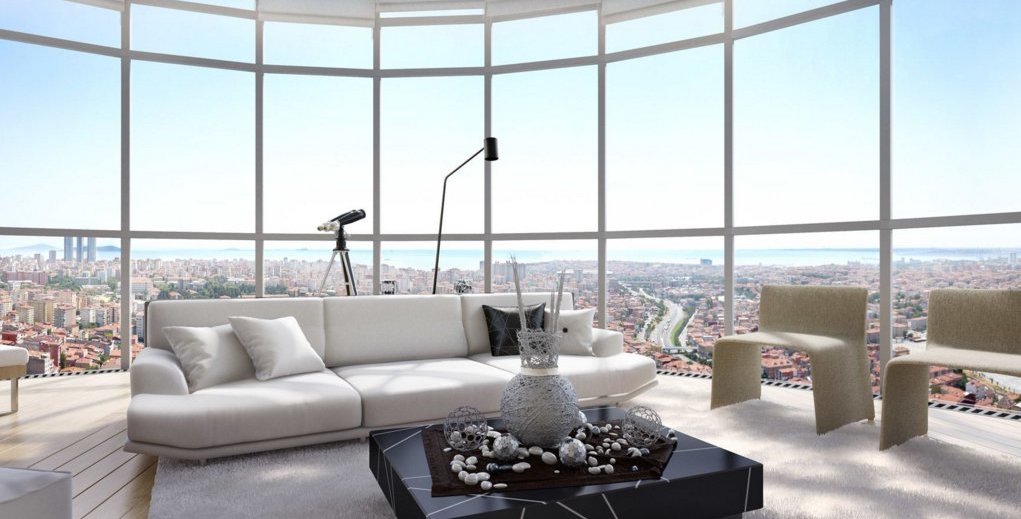 Further Reading: Read about how the city of Istanbul is transforming community vibes to incorporate new trends but still keep time-honoured neighbourhood traditions.