In the last thirty years, the concept of living abroad has opened to the masses. Whereas pre- 1990s, it was restricted to affluent retirees, the advancement of travel, technology and the Internet means more people are looking at upping sticks to seek out an alternative lifestyle and in many cases, one that is more laid-back, healthier and of course, full of copious amounts of sun.

With the Brexit deal, throwing the certainties of living in Europe into disarray, potential British retirees are looking at other countries including Turkey, with its established base of expats, mostly living in the big city of Istanbul or scattered in holiday resorts of the Aegean and Mediterranean coasts.

The existing expat communities include many nationalities of which Brits make up a sizeable proportion. Turkey also has set guidelines and procedures for anyone relocating, so retirees can settle in quickly and easily. However, what other reasons make Turkey an ideal candidate of suitable retirement destinations?

Live Without Touching Your Capital

Many British expats in Turkey deposit their money into high-interest savings accounts and withdraw the interest monthly. Hence they do not touch their capital. An example is a couple who sell their home in the UK for £100,000. Converting that cash into Turkish lira, they net about 10% interest a month.

After paying tax on that interest, they have enough to lead a comfortable lifestyle including regular dining out and travel. There is also the potential to make money, because now, the exchange rate between the British pound and Turkish lira is high, running at approximately 4.80. Financial experts predict this will drop, so if you were to convert your cash back into GBP, you would make money.

Please note, this lucrative choice is from our own experience but we are not financial advisors, so if this opportunity appeals to you, banks in Turkey like Deniz, HSBC and Garanti give further information on their websites and designated advisors are ready to answer questions and help transfer assets.

As previously mentioned, Brits exchanging their pensions now are getting a favourable exchange rate and coupled with a low cost of living, most expats in Turkey are living an extremely comfortable lifestyle. Many do not own cars, which incur the inflated price of petrol, and smokers and drinkers delight in the low cost compared to the UK. Household running costs are extremely low when compared to the UK, because owners don’t need a TV license and council tax is a fraction of the UK cost.

A meal for one and drinks in a middle-class restaurant averages between £15 to £20, while a teetotaller who visits a budget restaurant will spend an average of £5. Expats who want to spend their spare time exploring Turkey enjoy tapping into the low costs of travel on the domestic bus and flight systems. Likewise, the cost of staying in a hotel is a fraction of UK prices. Here is our article about the cost of living in Turkey in 2017, that gives further details on what you will spend.

Flight Companies are Coming Back

2016 was an unsettling year for Turkey as it suffered a wave of terrorist attacks. Tourists avoided the country, and in turn, flight companies and travel agencies decreased their services, so expats looking to travel between Turkey and their home countries complained about cancelled flights and expensive tickets.

However, at the beginning of 2017, the Turkish government embarked on a countrywide campaign to stop terrorism, and the lack of attacks since then has reinforced trust in the tourism industry as holidaymakers’ drift back to one of the top visited destinations in the world.

Hence in 2018, many companies like Jet2, have added new schedules to the airports of Bodrum, Dalaman and Antalya, all of which service the resorts where many British expats live. Thomas Cook has also announced additional flights from the London airports, and our customers are remarking they have found many decent prices.

The Changing Face of Turkey

If you want to find a small quiet retreat, off the beaten track, plenty of locations will suit you. However people looking at Turkish real estate investment will also be interested in some regions of Turkey that are kicking it up a gear, and the results are expected to have a favourable impact on property values.

Istanbul is nicknamed the megacity for a good reason. A rich portfolio of mega projects that are either currently taking place or planned for the future will change the face of the city. 2018 sees the opening of the Istanbul Third airport, the biggest in the world, and work will also begin on essential tasks of the Kanal Istanbul project that will result in a tiny island and two peninsulas.

The mayor of Bodrum on the Aegean coast has told people to watch this space as a mega tourism city project is now in the works while over in Antalya, the Bogacay marina project that will include cinema city is expected to turn the region into Turkey’s equivalent of Hollywood. It is all go, go, go as Turkey aims to be one of the top ten economies in the world.

While the above are current incentives for Brits to retire to Turkey, we should mention the timeless favourites. An ideal weather climate lends weight to a healthier lifestyle, as British expats get active in the great outdoors. Shopping at the local markets, they buy organic fruit and vegetables and adopting certain parts of the Turkish cuisine; they also tap into the Mediterranean cuisine that experts say is the healthiest in the world. Overall, retiring to Turkey is a move that many Brits say was the best decision of their life. 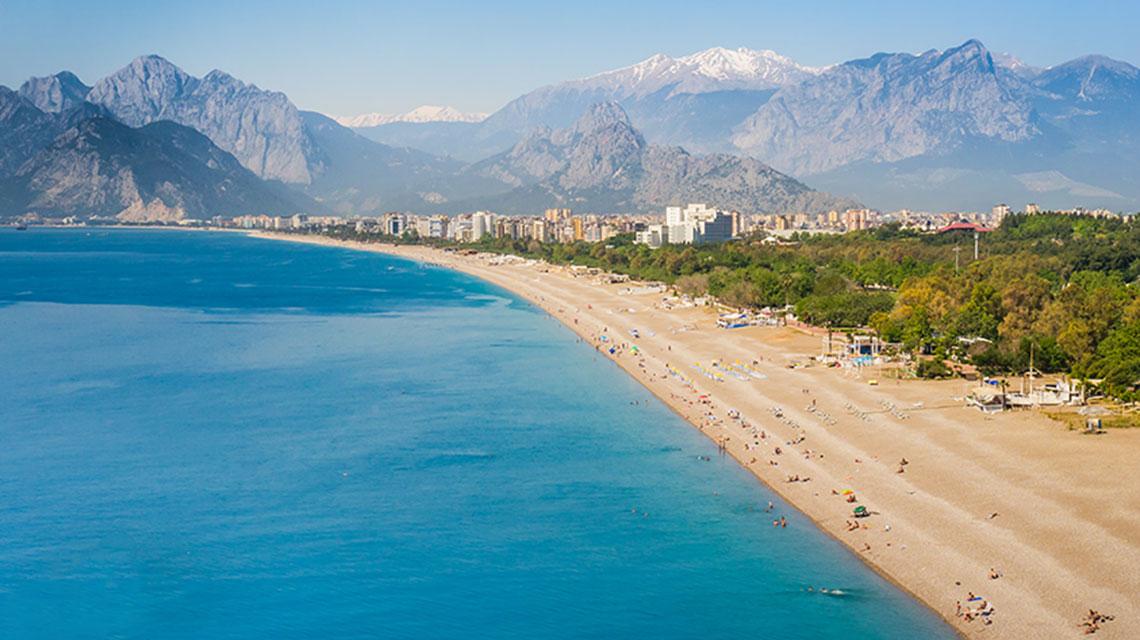