Why Antalya is the go-to Muslim holiday spot

Travelling is central to Islam. Mohammed made many trips during his lifetime, and many would say travel is essential to Muslims who must complete Hajj at some point. While making the pilgrimmage to Mecca is one travel event that hasn’t changed a lot, almost every other aspect of Muslim travel has.

For one thing, Muslim travellers are spending a lot of money. The latest figures from the MasterCard-CrescentRating Muslim Shopping Travel Index showed Muslim travellers spent US$62 billion shopping and dining their way around the world. Istanbul, well known by Muslim travellers, was fifth on the list, while the Mediterranean resort of Antalya came in at number six.

Antalya’s affordability, great travel links and wealth of shopping and cultural experiences has ensured it’s now firmly on the map for Muslim travellers. We examine some of the factors that are attracting Muslim travellers to Antalya - including, of course, the shopping. 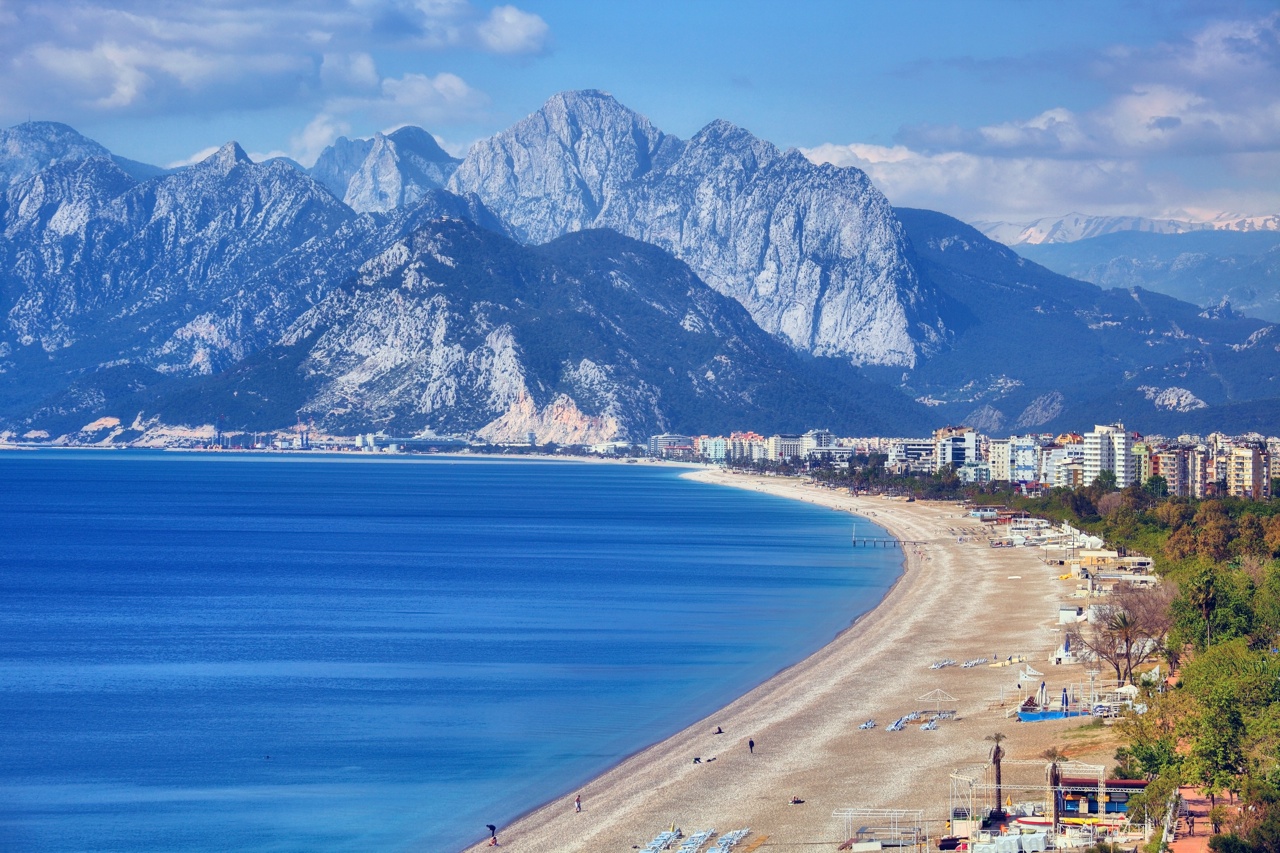 Antalya is a shopaholic’s paradise. From traditional leather goods to high fashion items, the variety of items on sale in the city is huge - and prices are very competitive.

Antalya is home to some huge and modern malls. At the top of the list is Migros, a Swiss supermarket chain which already has a big presence all over Turkey. Migros is a behemoth, containing a 9000 square metre supermarket, 130 department stores, eight movie theatres and an enormous food court. Located right in the centre of the city behind Konyaalti Beach, Migros attracts visitors from all over the region - and as mentioned above - the world.

Terracity Mall proclaims itself the largest shopping mall in Antalya, with more than 150 stores and 30 restaurants, offering local and international brands.

Deepo is another popular shopping centre located not far from the airport, in the east of the city. It’s home to a huge range of outlets and factory shops as well as cinemas, play areas, large food court, go-karting and an ice rink. Prices are great and everything’s on offer all year round.

Stay within the old city walls for the best traditional shopping experience. As well as the well known markets (listed below) there are also a number of shops specialising in fascinating items like hand crafted boxes, beautiful rugs, fine jewellery and other handmade items. Wander the cobbled streets, gaze upon the Ottoman-style houses and browse to your heart’s content. The main shopping streets are Cumhuriyet, Gulluk, Ataturk and Isiklar.

DoguGaraji is a large central market offering all kinds of items, from old coins to leather goods. It’s very colourful and an interesting place to visit, even if you’re not intending to buy anything. There are plenty of places to sit and enjoy fresh tea or a strong cup of Turkish coffee

Antalya’s Old Bazaar has been in use for centuries, although it’s a little different these days. Selling souvenirs and jewellery, leather goods and clothes, the narrow, labyrinthine streets are an intriguing place to get lost in. Unlike shopping at the mall, you’ll be offered apple tea just about every place you stop. You can also have suits and shoes handmade at the bazaar.

There are also small stalls to be found on the pedestrianised street Kazim Ozalp Caddesi, where you can buy anything from tacky souvenirs to beautifully made handicrafts.

If you’re looking for the unique atmosphere of a fruit and vegetable market, Antalya’s covered food market is the place to go. Its 760 stalls sell a bewildering display of fresh fruit and vegetables, meat and fish, and you can also stock up on dried fruit and nuts, honey, and Turkish cheese. There’s also a huge number of food stalls as well as few bank branches, a post office and a petrol station.

On Saturdays, Laura Street Market is the place to go for bargains - and entertainment. Located down by the marina, it’s a riot of colour and offers a huge range of items.

For stylish boutiques with quality fashion clothes (at a fraction of the cost of items found in Europe) head to Konyaalti Caddesi, Ataturk Caddesi or Migros.

There are several mosques in Antalya that are open to Muslim travellers during prayer times.

The 900-year-old Yivli Minare Mosque is located in Antalya’s old town, Kaleici, on Cumhuriyet Caddesi. You’ll spot it instantly - its distinctive fluted minaret, the Yivli Minare, is adorned with dark blue tiles, making it a well known landmark. The Yivli Minare is one of the oldest multi-dome mosques in Anatolia. You’ll also find the Antalya Ethnographic Museum here.

The Ottoman Murat Pasha Mosque was commissioned in 1570. Inside there is beautiful calligraphy and a marble pulpit with intricate reliefs.

Tekeli Mehmet Pasha Mosque is a beautiful late 16th century mosque in the Kalekapsi district of the city, behind the clock tower. Inside, tiled panels depict Koranic script, and some parts of the entrance and window edges are constructed with dressed stone. 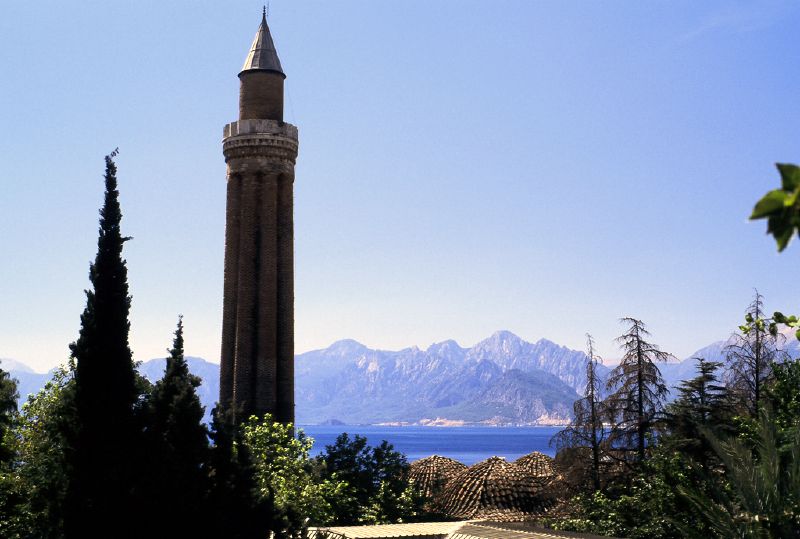 The majority of meat in Turkey is slaughtered locally in accordance with halal. This means you’ll find a wealth of halal options almost everywhere you go in Turkey, and Antalya is no exception. If it’s not clearly stated on the window of the restaurant it’s best to check just to be sure.

Found in a beautiful estate of luxury homes, this modern villa offers all the expected amenities that anyone searching for a quality home would expect to find. A perfect spot within driving distance to the city centre as well as the beaches, this villa suits those seeking year round properties.

Within only 100 metres to Antalya Lara beach area, these apartments are within a high luxury constructed building with a range of shops, restaurants, and shopping malls located within walking distance from your front door. Designed with a smart home system to make your life all the more easier.

Fully furnished and ready to move in today is this excellent apartment in Antalya only a short 800 metre distance away from the seafront. With access to an on-site swimming pool, gym, gardens, and sauna – this is an excellent home for holidays or permanent living.