The Insider’s Guide to Eating Fish in Turkey

On September the 1st, fishermen across Turkey eagerly donned their gear and boarded large trawlers to sail the seas after a five-month fishing ban finished. Marking the beginning of the fishing season, key players in the industry, they are already forecasting which fish will dominate the markets.

Expecting a reduction in anchovies, because of weather conditions, they predict, the Atlantic Bonito, particularly favoured by residents on the north coast, will continue to be king of the markets as seen in earlier years.

Horse mackerel, seen in the Marmara seas for the first time in 40 years will also be widely sold across the country, but more importantly, they say the price of fish will drastically come down. Quoting individual species will drop by as much as 50 percent in price, they predict a massive 70% reduction in the cost of haddock.

Demand for fish in Turkey is low now, because the annual feast of sacrifice religious holiday, has just taken place but once people have consumed that red meat, they are expected to return to fish, one of the nation’s staple diets.

So, is now the right time to be eating fish in Turkey? It certainly is, and this is our insider guide on how to ensure the best catch of the day ends up on your plate. 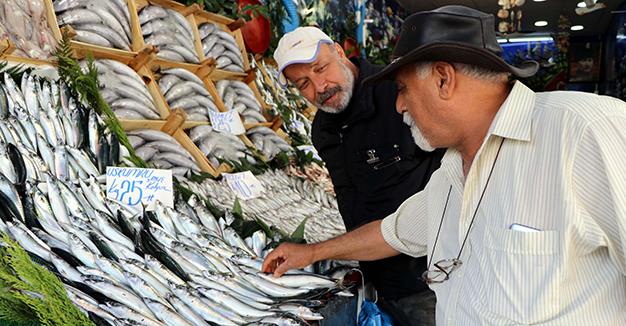 Guide to Eating Fish in Turkey

Firstly, buying fish in Turkey is incredibly easy because there are more than 8000 kilometres of coastline, giving easy access and abundance. However, there are also fish farms specialising in trout, and you can usually tell if you are buying one of these because they are smaller in size, compared to sea caught fish.

To buy the best quality fish, head to the harbour of the town you are in, where local anglers display their catches. Both the supermarkets and fishermen will gut and clean the fish for you, but which fish is the most widely sold? 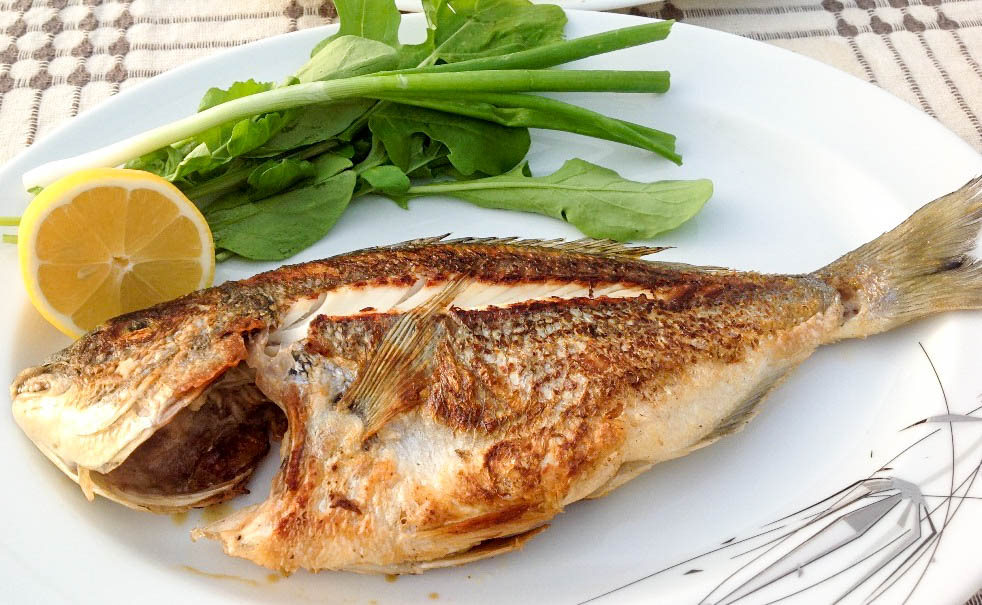 Delicious Types of Fish to Eat in Turkey

Red Mullet (Barbunya,) mostly found on the Mediterranean and Aegean coasts, weigh roughly 170 grams, and Turks especially like them for their low-fat content as well as delicious taste. Some people simply eat it fried, or another standard recipe is combining it with garlic, carrots, herbs and tomato.

Sea Bream (Cipura) is one of the most common fish on the Aegean coast of Turkey. At about 35 centimetres in size, it is an ample dish for one person, and especially delicious when eaten with lemon juice and fresh Roka leaves.

Anchovies (Hamsi) measures roughly ten centimetres. Turkey is well known for its love of this simple fish, but the northeast region of the Black Sea, where the anchovy thrives, produces the best quality. Locals there also incorporate it into a variety of dishes including rice, pickles and cakes. The best season for anchovies is December to February.

Swordfish (Kilic) aptly named because of their weird shaped heads can weigh as much as 200 kilograms. Breeding around the Istanbul and Cannakale straits, it is sold all over the Aegean coast as a simple grilled dish, on skewers or coated in a sauce with onions, peppers and tomatoes.

Sea Bass (Levrek) is another one of the most widely consumed fish because of its availability and low prices. Weighing roughly 12 kilograms, it is available all summer because of the mass of seabass farms. Served plain off the grill, or in a dish combined with garlic, pepper, onions and a light sauce, some restaurants even cover the fish with sea salt, pour Bourbon over it, then set it alight at the table. Turkish waiters certainly know how to entertain their diners.

Atlantic Bonito (Palamut) is expected to be in abundance this year and one area where people will be dining are the breeding grounds of the Bosporus, although it is also caught in the Black Sea and Mediterranean as well. This fish typically has a higher fat content but never the less, offers a delightful eating experience.

Sardines (Sardalye) usually reach 10 centimetres in size and are especially abundant on the Aegean coast. Regional recipes prefer them wrapped in vine leaves, before being grilled. Otherwise, chefs also debone them and coat them in flour before frying them and serving with a simple salad and chips. If you are travelling on a budget, sardines are an excellent choice. 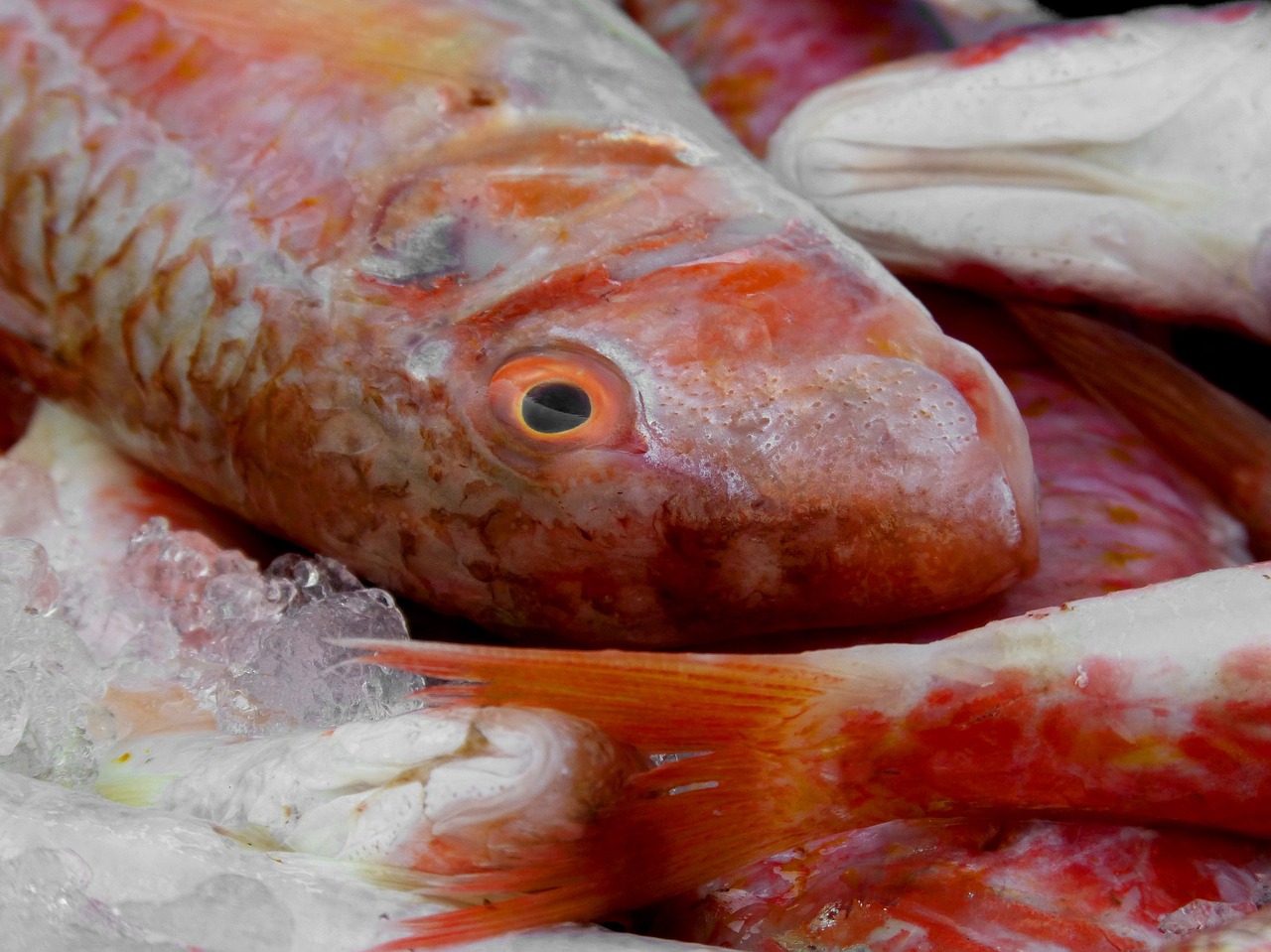 Although the North-East, Black Sea region is renowned for their obsession with the simple anchovy, other places in Turkey have built an esteemed countrywide reputation for their excellence in serving up fish to hungry diners.

Ask anyone in Istanbul, where to eat street food, and they will mostly say the floating fish boats at Galata bridge. Grilled Mackerel in between bread with lettuce, onions and tomatoes is a surprisingly filling snack. Eat it on the go, or sit on the small stools harbourside.

Otherwise, Kadikoy fish market has an esteemed reputation as one of the best in the country because of the variety of fish sold and their freshness. Restaurants near the fish market naturally serve fish as their main menu but to eat like a Turk, start off with small helpings of mezes (appetisers) and a glass of the national alcohol drink that is raki.

Meanwhile over on the Mediterranean coast, the Fethiye region is a delightful blend of scenic landscapes with lots to do. A top recommended activity is dining at the Fethiye fish market. Sitting within a courtyard, first pick your fish from the stalls, then take it to one of the many restaurants surrounding them.

They will cook it using any method that you want including grilling, frying or steaming. They also serve it with many side dishes including salads, chips, or rice. It is a pleasant evening, especially ideal for couples and a must do while in Fethiye. 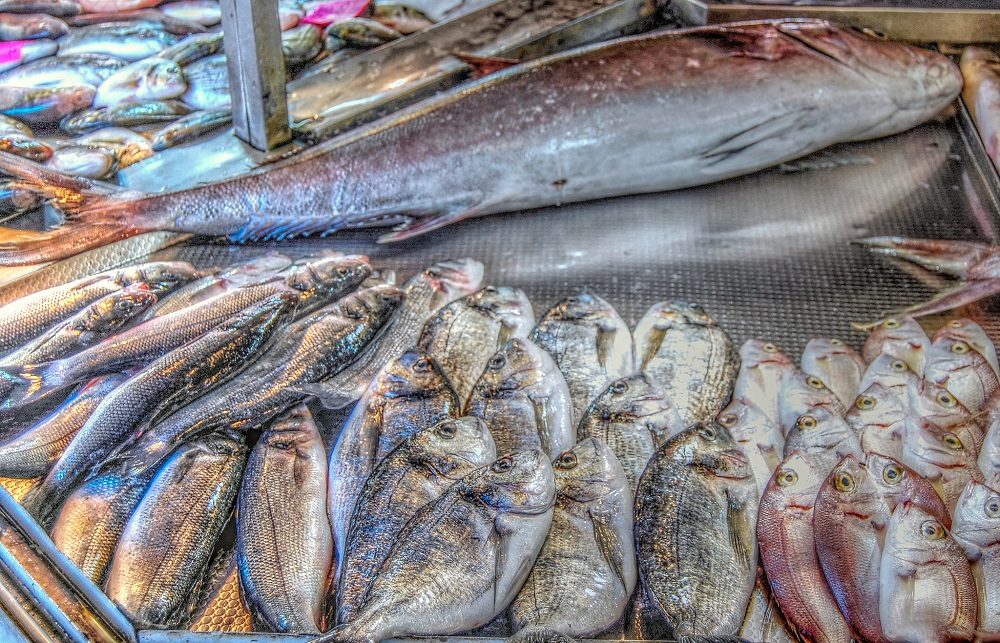