The Exclusive Marina Lifestyle of Turkey

Turkey is one of the ten most popular tourism destinations in the world, yet it lags far behind other countries in marina, sailing and yacht tourism. While places like Spain, Portugal and France were building marinas and yacht clubs in the 1940s, Turkey did not start until the 1990s. Hence it missed an excellent opportunity to become a leader in the yachting world.

Considering the country has more than 7000 kilometres of coastline in the north, south and west, and is surrounded by four seas including the Aegean, Mediterranean, Marmara and the Black Sea, this missed opportunity is quite surprising.

Putting the criticism aside, they are now focusing on building state-of-the-art ports and marinas as part of their 2023 tourism vision plan, which focuses on various areas including ski, golf, spa and sailing. The good news is that real estate investors have a prime market for long-term investment, as naturally once a new marina is built, Marina property in Turkey values automatically increase. 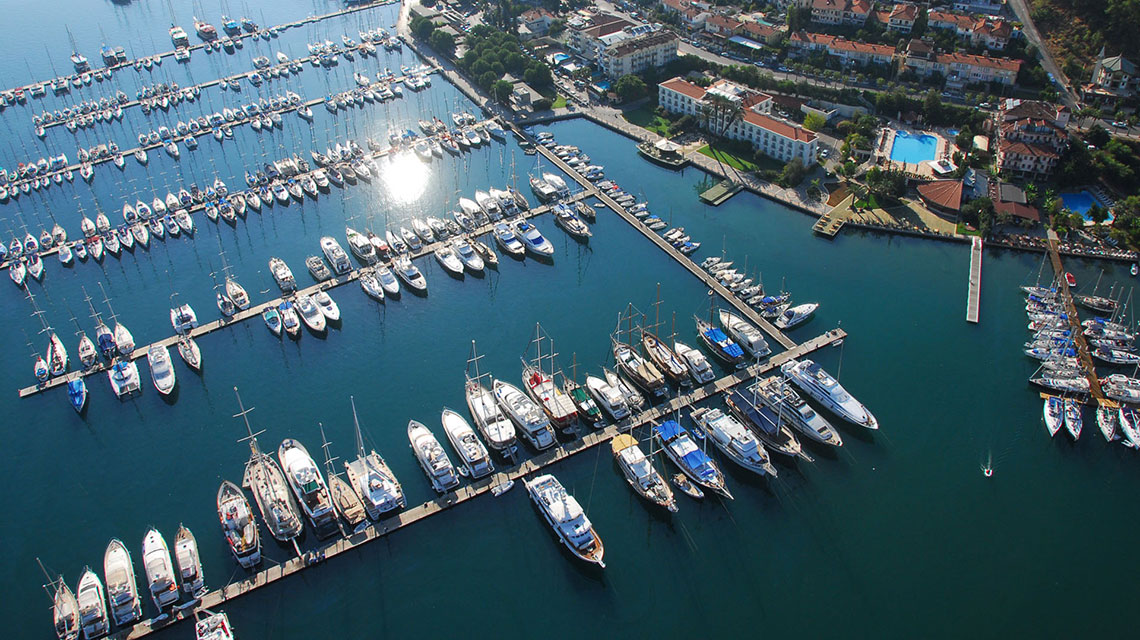 In August 2017, the president of Turkey Recep Tayyip Erdogan signed off on final licenses and certifications for the Antalya Bogacay Marina project that will cover 357 square miles, hold up to 500 yachts, and have many facilities and amenities based on health, leisure, hobbies, banking and business. It is expected to massively boost tourism, provide up to 10,000 jobs and also further market the region of Antalya to an international audience.

As one of the biggest marinas in the country, Antalya property owners in the Konyaalti beach district where the marina is, have already seen property values rise and upon completion are expecting further increases as was in the case of Yalikavak on the Aegean coast. The town was formerly marketing property at average prices, but the new marina drastically increased property values as international sailors and mega yachts sought to buy homes in the hillside coastal resort.

Well established and esteemed marinas on the Mediterranean Coast include Antalya old town, Kas, Fethiye, Gocek, Marmaris and Mersin. Heading north to the Black Sea coast, the marinas of Samsun, Sinope are lesser well known however are worth watching for future developments as many districts are now transforming the urban and tourism sectors.

Overall, it is the Aegean coast and Istanbul Marmara coast that bag the trophies for having some of the biggest and best marinas in Turkey. This is to be expected because Bodrum was the first resort to embrace the concept of leisure sailing and Istanbul has always been a hub of transport between the east and west. Some of the most respected marinas and yacht clubs include Palmarina in Yalikavak, Setur in Cesme, Atakoy in Istanbul and Yalova, which is also an up and coming area for real estate investment. 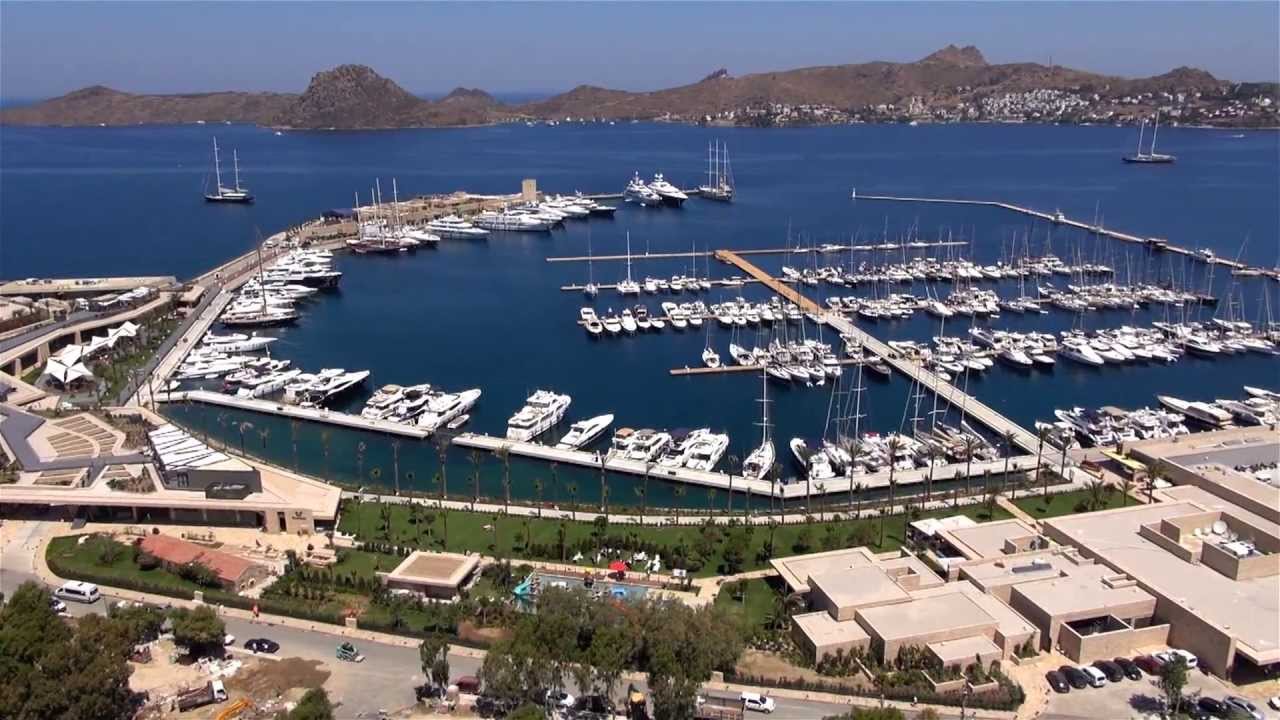 Buying into The Exclusive Marina Lifestyle of Turkey

Anyone looking to tap into the exclusive marina lifestyle of Turkey will find themselves in another world. The country has traditionally been a long-term believer in top-notch hospitality, and this shines through in the service industries. Some people also take their love of sailing and the excellence of Turkish marinas one step further by buying marina property. Whether it is a buy-to-let investment or for permanent living, the large choice of homes matches the exclusivity of the sailing world.

Potential buyers who want to tap into already proven sailing communities should look at Gocek. It is one of the lesser known mainstream holiday resorts but well known in the sailing world of Turkey, and adoring fans love its mature outlook and reputation of excellence. A perfect example of how it caters to the sailing community is this three bedroom villa with private mooring. The human-made canal leading small boats right up to the front door of the villa is just another added benefit of its close location to the marina and town centre. What a unique way to fetch the morning papers and bread!

Otherwise, Yalikavak on the Aegean coast is still living up to the hype it generated when the Palmarina opened to the general public in 2014. Such is its popularity, in 2016 the marina employed award-winning architect Emre Aralot to add more features and amenities to accommodate the needs and wants of its upper-middle-class clientele. The restaurant section is home to some of Turkey’s award-winning chefs while the shopping, gym and spa facilities are state-of-the-art.

Potential property buyers will be immensely pleased with the choice on offer in Yalikavak. This villa project by a renowned Turkish architect is a perfect example of how constructors are pulling in the prominent name designers to build homes suiting the sailing community. Overlooking the marina, its situated in an area known as the mansion district and includes the latest in home technology. The most significant advantage is that while all the facilities and amenities of the marina are just minutes away, owners still have privacy in the comfort of their own home.

Lastly, Fethiye is another sailing hub with an already set up marina and yachting community. Sailors on a budget will also be drawn by the affordable prices of property near the marina such as this three bedroom apartment. Situated in the Karagozler district that is the hub of the city centre, it is perfect to use just as a base for sailing holidays, to rent out to tourists, or if you want to take advantage of Fethiye’s sailing excellence, then it can also be lived in all year round.

Lastly, if money is no object, this custom-built villa in Kas has graced the pages of many homes and design magazines with its contemporary architecture and décor influenced by Greece and African trends. It perfectly highlights the marina and yachting life in Turkey with its private jetty and mooring facilities. Kas, although it is a small coastal resort unaffected by tourism trends, has and always will be a sailor’s dream location. 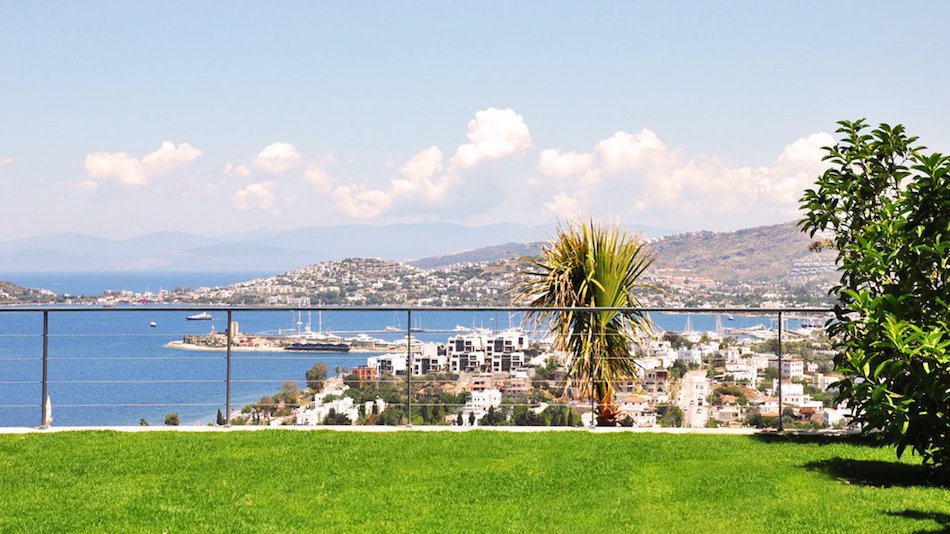