The Best Istanbul Neighbourhoods for Expats Looking to Relocate

The long list of Istanbul neighbourhoods run into hundreds and this is no surprise given, it is Turkey’s largest, most populated city. As a hub of everything and anything, including business, education, tourism, health, and economy, people flock from all over the world to boost the local population of Turks. Many Istanbul expats are working professionals, while others just like an urban lifestyle. All have one thing in common, though, and that is to live somewhere decent.

The good news for anyone deciding where to live in Istanbul, is 39 official districts spread over the European and Asian side present a vast choice. Some are luxury and command the highest Istanbul property prices, while others have a family-friendly reputation. Some boast of a Bosphorus strait location, while others serve as a hub for universities and education. Generally, though, expat communities tend to gather in certain areas rather than spread out. These neighbourhoods with a cosmopolitan atmosphere make it easy for any newbie expat to settle in. Let us look at where they are. 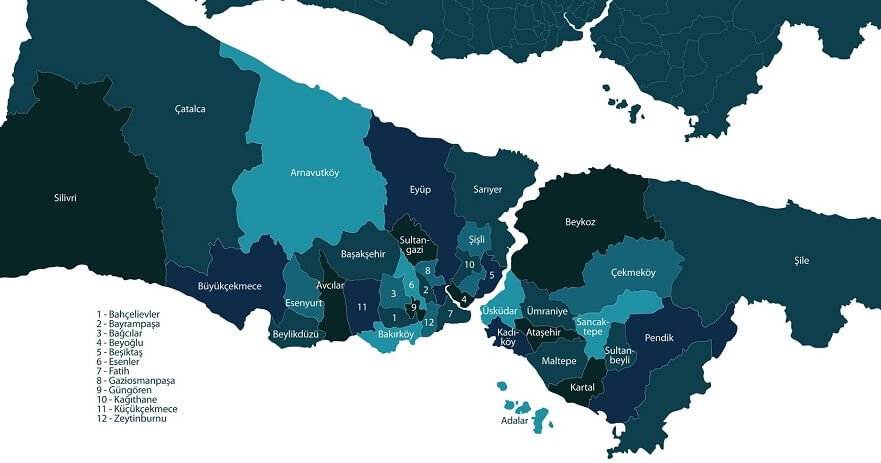 1: Cihangir in the Beyoglu District

Often cited as a popular expat neighbourhood, Cihangir particularly appeals to creative artists, writers, and painters. In his book called Istanbul – Memories of the City, famous Turkish author Orhan Pamuk said: “It was in Cihangir that I first learned Istanbul was not an anonymous multitude of walled-in lives - a jungle of apartments where no one knew who was dead or who was celebrating what - but an archipelago of neighbourhoods in which everyone knew each other.” Although higher rent prices rule budget renters out, many people cite it as a source of inspiration thanks to its diverse social scene. Streetside cafes and individual boutique shops highlight its bohemian vibes, and Cihangir is also just a short walk from the famous and desirable Galata area. 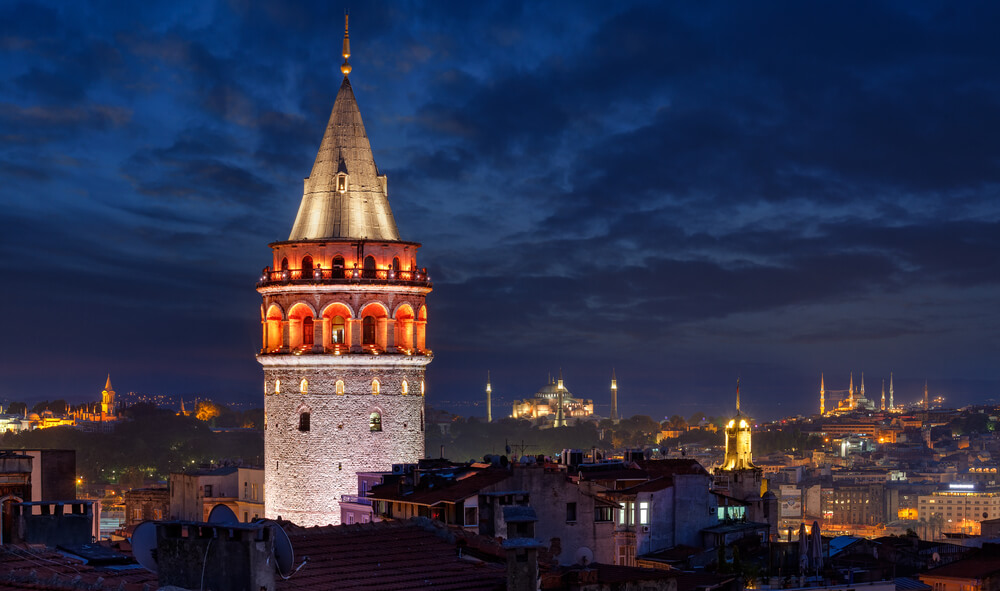 2: Etiler for Working Expats and Families

Sitting on Istanbul’s European side, Etiler is also close to working districts like Maslak and Levent. Someone who does not want the high-rise apartment lifestyle would do well to look here at the villas, although expect to pay a higher price because Etiler’s upmarket ambience makes it a desirable place to live. Etiler focuses on modern living with trendy cafes, restaurants, and of course, the shopping-mall and streets like Nispetiye and Akmerkez like that bring in brand name fashion from around the world. Due to elevated land status, most streets offer superb Bosphorus views, and for expat families with young children, the Tarabya, Japanese and British International schools open their doors. Getting about is also easy thanks to the M6 metro line, and buses from central districts like Sisli and Taksim. To be in the heart, look for a home around Nispetiye Caddesi, the heart of Etiler.

Nisantasi is the third most popular area for foreigners who want an upmarket lifestyle. Breaking down into smaller neighbourhoods like Osmanbey and Macka, it includes Abdi Ipekci street, the most expensive place to shop in Turkey. International and domestic brand names, alongside trendy cafes, bars, and restaurants boost its exclusive reputation. Despite Nisantisi’s modern, cosmopolitan atmosphere, a massive amount of old buildings still stands today, and they feature a variety of architectural styles including Art Nouveau. There is nothing conservative about Nisantasi and those seeking a westernised lifestyle in among other foreigners will feel right at home. Nisantasi belongs to Sisli district, and you can find out more here.

Sitting on the European side, Tarabya enjoys a seaside Bosphorus location. Its love affair with foreigners is nothing new because, during the Ottoman Empire, many foreign embassies based themselves here. The official name stems from a palace built by Ottoman Sultan Selim the second called Tarabiye, which means pleasure, and that theme continues to this day. Tarabya, like other neighbourhoods on this stretch of coastline, makes a roaring trade in fish restaurants, and a small selection of old churches brings in curious tourists from afar. Tarabya is suitable for middle-class people, especially those raising a family. Despite the close proximity to the city centre, it is more residential than urban. Tarabya belongs to the official Sariyer district. Known for its coastal and forest lifestyle, it enjoys a famous reputation among locals, but the trend for travellers of getting off the beaten track is also bringing them here. More about Sariyer here.

Whereas most expats settle in European neighbourhoods, some opt for the Asian side, and Moda in the Kadikoy district always features on their list. In previous decades, foreigners often shunned it, but given its rise in popularity, the Time Out magazine called it one of the world’s coolest neighbourhoods. To join the urban vibes, many bars, restaurants, and cafes have opened in recent years, but a popular, time-honoured favourite is the nearby Kadikoy fish market, where surrounding restaurants cook your dinner for you. Expats and residents often cite the 3 kilometres “Moda Seaside” as the best part of living here. Other places to relax and soak up the easy-going vibes include Bagdat Avenue, Kadife Sokak, Leylek Sokak, and Ziya Bey. If you want creativity, non-conformity, antique and vintage trends, Moda should be on your list of choices.

Bebek falls within the Besiktas district, that is a popular area for people relocating to the city. Sitting on the European Bosphorus shores, with a slightly affluent feel, the local university, one of Turkey’s most respected places of education, backs up this reputation. The wealthy feel blends nicely with historical buildings like the Valide Pasha mansion built in 1902 where the Egyptian consulate currently reside. Dating from the Ottoman empire, it highlights Bebek’s importance throughout history. The Bosphorus location is one main reason people love living here, and they spend much time in surrounding fish and seafood restaurants.

About Besiktas: If Bebek interests you, Besiktas, the official district it belongs to, includes excellent nightlife, shopping, transport, and fun things to do. Also, read more about the quaint village of Arnavutkoy nearby.

Whereas Sultanahmet is known as the old city, Taksim is the new part. It provides everything on your doorstep including art, culture, history, shops, dining establishments, bars and most of all, quick transport links everywhere. Bear in mind, this is the heart so expect hustle, bustle, and a fast-paced lifestyle. Diversity is in abundance here from modern buildings to historical landmarks, and from brand name shops to small, one-person vendors. The foodie scene is probably the best aspect. Think international cuisines from all around the world to your typical Turkish street foods. If broadening your palette, is one aim in life, Taksim delivers in bucket loads. Taksim is the starting point of Istiklal avenue, Turkey’s busiest street, and naturally given its diversity, you will always find someone who speaks your language. 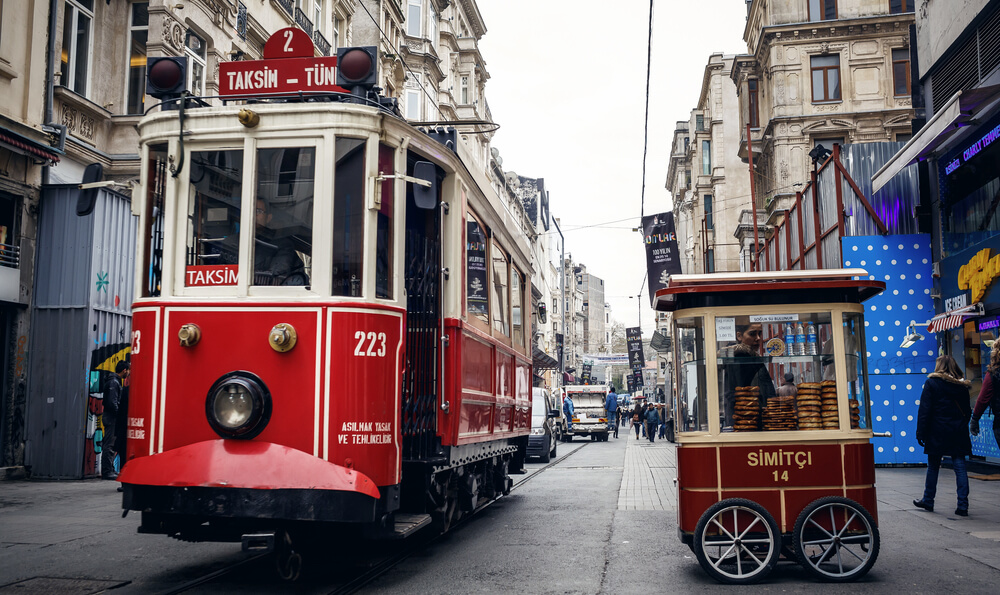 Handy to Know: Many foreigners looking to buy property in Istanbul, either for investment, a summer home or permanent dwelling choose outskirt districts facing the sea of Marmara. Much investment into real estate, transport, and infrastructure, have boosted their popularity. Read more about Basaksehir, which is one such area with a bright future.

Living in Istanbul: Useful Things to Know: As Turkey’s largest city, settling in when moving to Istanbul can take months. This adjustment period can be eased by the famous saying forearmed is forewarned. In this article, we look at useful things to know when moving here.

Istanbul Area Guide: With thousands of neighbourhoods to choose from, house hunters would be wise to narrow down choices of location to specific districts of which there are 39. We talk about them here and give a brief introduction for first-timers to Turkey’s most fantastic city.

About Us: We are Property Turkey, a prominent real estate agent with offices all over the country. If you want to look at property for sale, call us today and speak with an agent for more information on the best Istanbul neighbourhoods for investment. 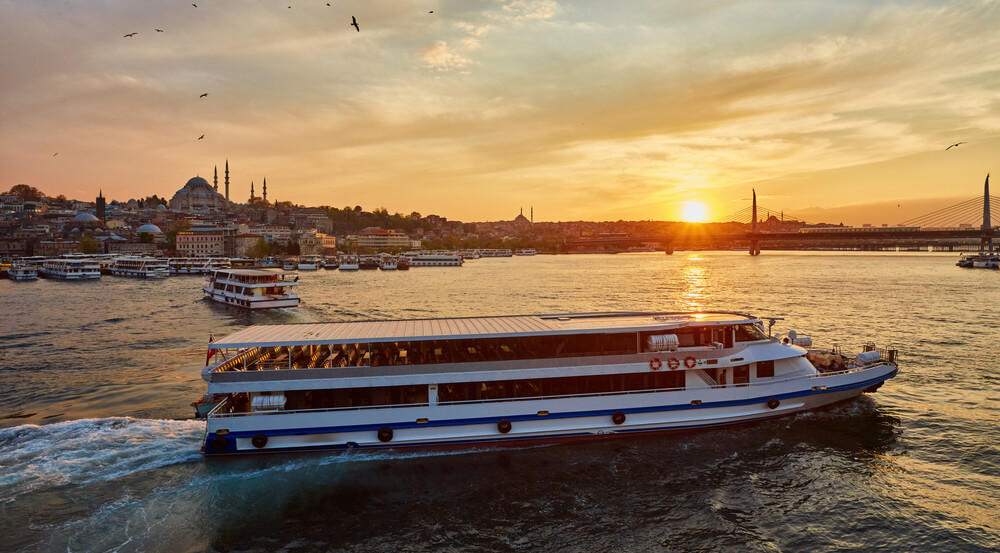