Popular Places to Visit in Alanya During Summer

Alanya, part of the Antalya region on the Mediterranean coast of Turkey, is a key player on the tourism scene of the country. Attracting many nationalities including Brits, Russians and East Europeans, it is a buzzing city offering the best of shopping, nightlife and things to do.

Out of all the places to visit in Alanya, first on anyone’s list should be Cleopatra’s Beach, a long stretch of sandy paradise and cool blue water. Aptly named because urban legends suggest Cleopatra and Marc Anthony frolicked in the sand here, it is where everything happens, and you’ll gain an excellent introduction into the vibes and atmosphere of this popular Mediterranean holiday destination.

Of course, though, plenty of other attractions await you, so read on to find out what they are.

8 of the Best Places to Visit in Alanya

Alanya Castle has and always will be a featured landmark of the region. Often appearing in travel brochures and postcard scenes, the 7-kilometre length walls, and 140 towers, powerfully portray the Seljuk historical influence on the city, although construction began during the Hellenistic period. Awaiting approval for the UNESCO World Heritage site list, inside the castle are the ruins of a Seljuk cistern and bath, a Byzantine church, and the Keykubat Sultan Palace.

The castle extends to the nearby 33-metre-high octagonal Red Tower, also a featured landmark of Alanya. Called Kizikule in Turkish, the 13th-century Red Tower is a unique piece of Seljuk architecture, with a fantastic view of the Mediterranean as a bonus.

An inscription facing north reveals the architect to be Ebu Ali from Halep. Aladdin Keykubat, a prominent leader of the Seljuk dynasty highly praised by because for maximum protection against invaders, Ebu cleverly installed functions allowing soldiers to pour boiling water and tar over invading enemies trying to capture the castle and tower.

Within it, the Ethnographic Museum and Culture House on the entrance and first floors aim to portray the life of Alanya’s past citizens. Displaying rugs, weaving looms, weapons and much more, it touches upon nomadic life in Turkey that slowly phased out centuries ago. Nearby the five-arched vault Tersane, dockyard stretches for 57 metres, and historians suggest a small room attached to it, was used for either prayer or storage.

Evliya Celebi, often nicknamed the world’s first travel writer because he lived during the 17th century, visited Alanya castle, and tower. He described it as an active community with more than three hundred houses, two mosques, six schools and many shops. This glowing description gives testament to its historical importance for Alanya and explains why you should give a full day to explore these landmarks. 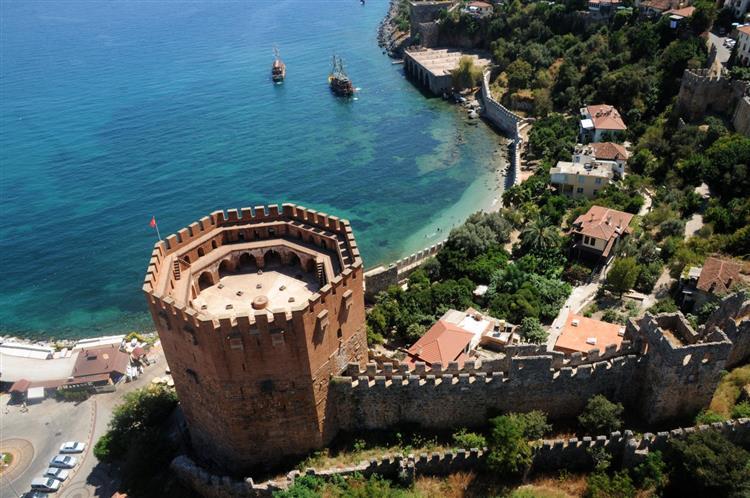 Accidentally found in 1948 by stone pit construction workers, Damlatas cave is strangely picturesque but more known for its healing qualities hence why many people living with asthma visit it repeatedly.

Rumours say the constant temperature and high amounts of carbon dioxide in the air benefit the lungs and breathing of sufferers. Part of the lure for healthy people though is the fifteen-thousand-year-old stalactites and stalagmites. Damlatas Cave also holds the crown of being the first in Turkey to open to the public and could quite be responsible for the boom of cave tourism in Turkey.

After visiting the cave, beach lovers enjoy the nearby sandy stretch of Damlatas beach, however, if cave fever has captured your interest, sign up for a tour to Dim Cave, the second largest in Turkey. It is 360 metres long, and 15 metres high and most travel agencies sell it along with a boat tour of the Dim River. 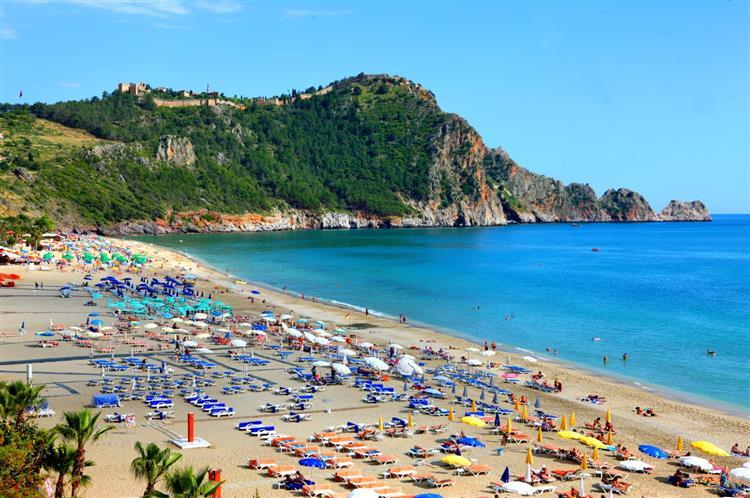 Opened in 1967, and undergoing extensive renovation in 2012, Alanya’s Archaeological Museum separates into nine different sections, each with a distinctive theme. Open every day except Mondays; it is situated close to the castle. With a purpose to showcase the rich historical past of Asia Minor, the most prized artefact in this museum is the 2nd-century statue of Hercules.

The founder of the modern-day Turkish Republic was Mustafa Kemal Ataturk, and in 1935, to much delight, he visited Alanya. The owners donated the 3-storey mansion in which he stayed to the Ministry of Culture and Tourism, and they converted into the Ataturk House Museum. Some of his personal items are on display, but the house and its restored structure also give foreign visitors an ideal glimpse of the traditional interior and exterior architecture of old homes in the region.

The 10-metre-wide and 6-metre-tall entrance of Pirates Cave, easily allows small boats to take passengers into the interior but they can also swim in. Nicknamed as such because urban legends say pirates hid their booty there, there is also rumours of a collapsed tunnel between the cave and castle.

Nearby is the 50-metre Lovers Cave (Asiklar,) a favourite hideaway place in history for couples eloping who were at risk of the wrath of their families. Continuing around the coastline, Fosforlu Cave is remarkably like Pirates cave and one of the top swimming spots in the area. Visit these caves while on a daily boat cruise sold by most travel agencies in Alanya or at the harbour side where the boats dock in. 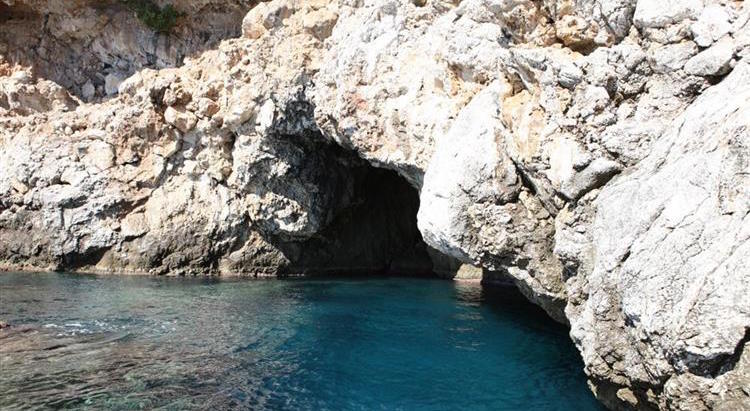 Strongly admired for its 16th-century Ottoman architecture design, the most striking feature of Suleymaniye Mosque are carvings on the wooden windows and doors. Open to the public outside of prayer time, men and woman can enter if they are suitable dressed. Other notable, historical mosques to visit in Alanya include the 13th-century Emir Bedruddin and Aksebe Sultan Mosques. 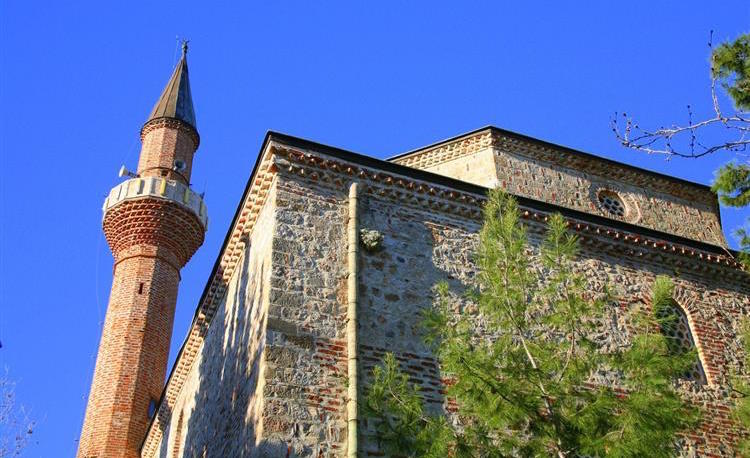 Other Places to Visit with Kids

The above are good suggestions, but families obviously want to keep kids entertained in which Water Planet, on the outskirts of Alanya steps up to the mark. As the largest water park on the Mediterranean coast of Turkey, it is adjoined to a hotel but also open for day entrance.

24 slides such as the kamikaze, black hole, keep teenagers excited, while smaller kids enjoy the paddling pools. For more suggestions, visit local travel agencies who sell jeep safaris. Often going high into the mountains, they make exploring for kids’ great fun. Daily boat trips also stop off at various points on the coastline to take in attractions such as the caves mentioned above. 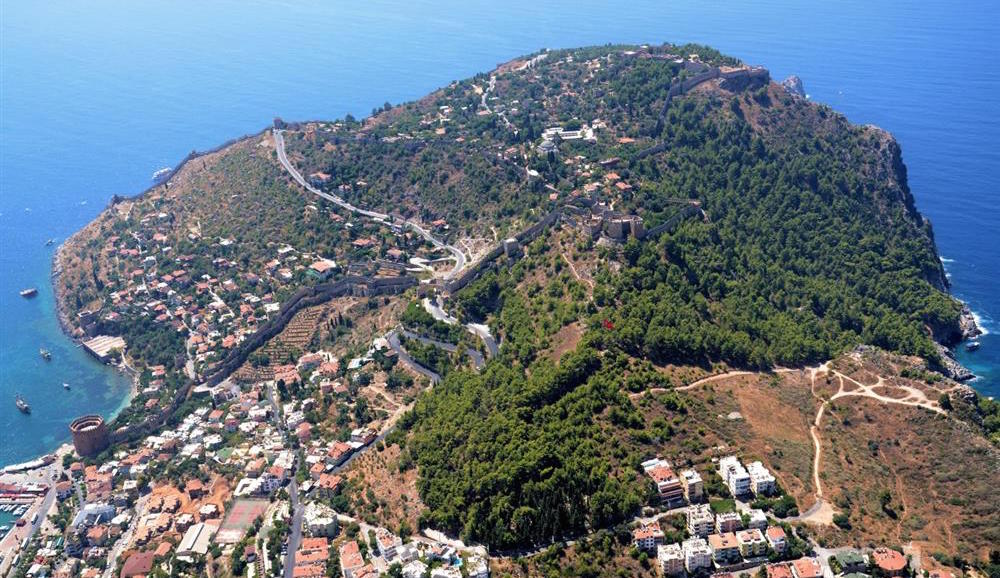 Other Places to Visit Nearby for Nature Lovers

Naturally, being a large city, nature lovers might feel stifled in Alanya. The gardens are a relaxing place to chill out. Otherwise, an hour’s drive away is Sapadere Canyon, a scenic area with swim spots, rustic restaurants and a cave nicknamed Rainbow because of bright colours shining on the walls and ceilings. Further afield, near Antalya centre is Korpulu Canyon, famous for adrenaline activities such as white-water rafting, jeep safari and zip lining.