Given that the historical timeline of Turkey is vast, extensive and involves numerous empires, it should come as no surprise to learn there are thousands of ancient ruins dotted around the country. From the famous ancient city of Ephesus on the Aegean, coast of Turkey to the lesser-known Armenian capital city of Ani that sits in present-day eastern Turkey, history buffs certainly feel at home.

An area of Turkey famed for its vast collection of ruined ancient cities is the Mediterranean coast that has become home to the notorious Lycian way, one of the top trekking routes of the world. Stretching from the metropolitan region of Antalya to the gorgeous Fethiye district, the 516-kilometre route boasts of prominent and lesser-known cities that used to belong to the Lycian Empire and they include the ancient city of Phaselis. 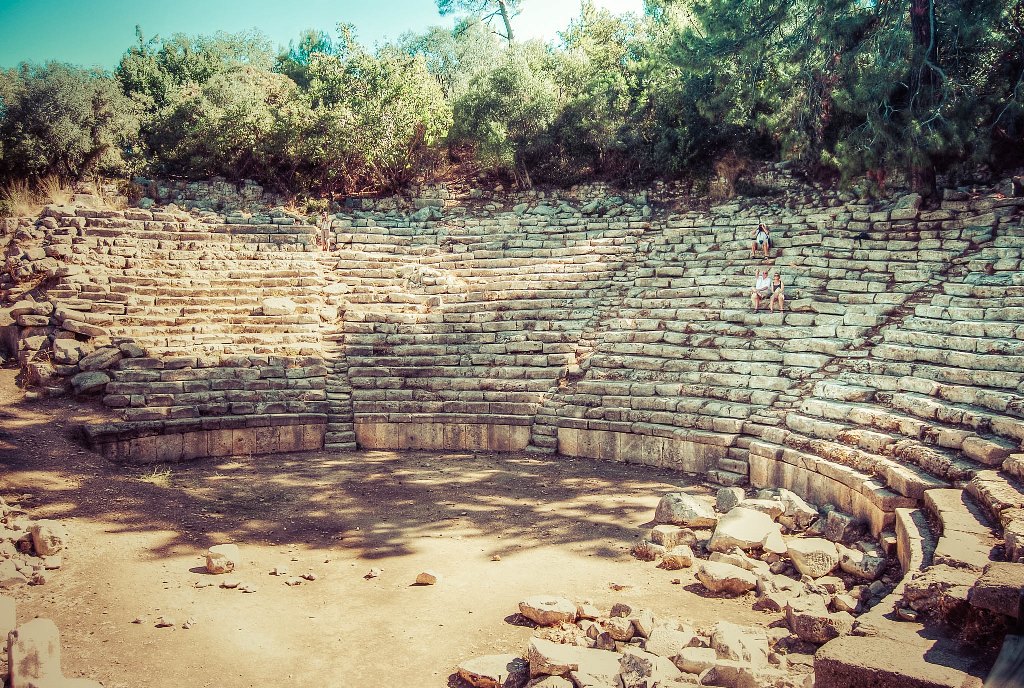 As an ancient Greek and Roman city, historians have traced its beginnings back to 700BC. Due to its prominent location between two harbour ports, it was a thriving sea trading port, attracting people to settle in the city. Taking advantage of the lucrative wealth that was in abundance, unfortunately, its prominent status also attracted the attention of invading armies including the Persians and Alexander the Great when he conquered his way through most of that coastline.

After Alexander died leaving no designated ruler, it fell under numerous empires but piracy was still a problem. Raids often occurred and safety and protection of the traders and citizens of Phaselis were a high priority. Eventually by the 11th century, most locals had left, unable to believe that the rulers of their empires could protect them. Around this time, the Seljuk Turks also placed high prominence on surrounding Antalya and Phaselis was left completely deserted, and robbed of its former glory and fame.

In 1811, Captain Francis Beaufort discovered the ancient city ruins and excavations started 20 years later. One of the most famous people to have taken part in the excavations was the intrepid explorer Freya Stark, who visited shortly after World War 2.

They are still continuing today but in 2015, Phaselis was thrust into the spotlight when a massive hotel project was planned to be built next to the ruins, therefore unsettling the region and possibly destroying potential artefacts and structures that have yet to be uncovered. After an initiative by local bodies and 95,000 signatures, the owner of the huge international hotel chain backed down and the future of the ancient ruins of Phaselis was secure. 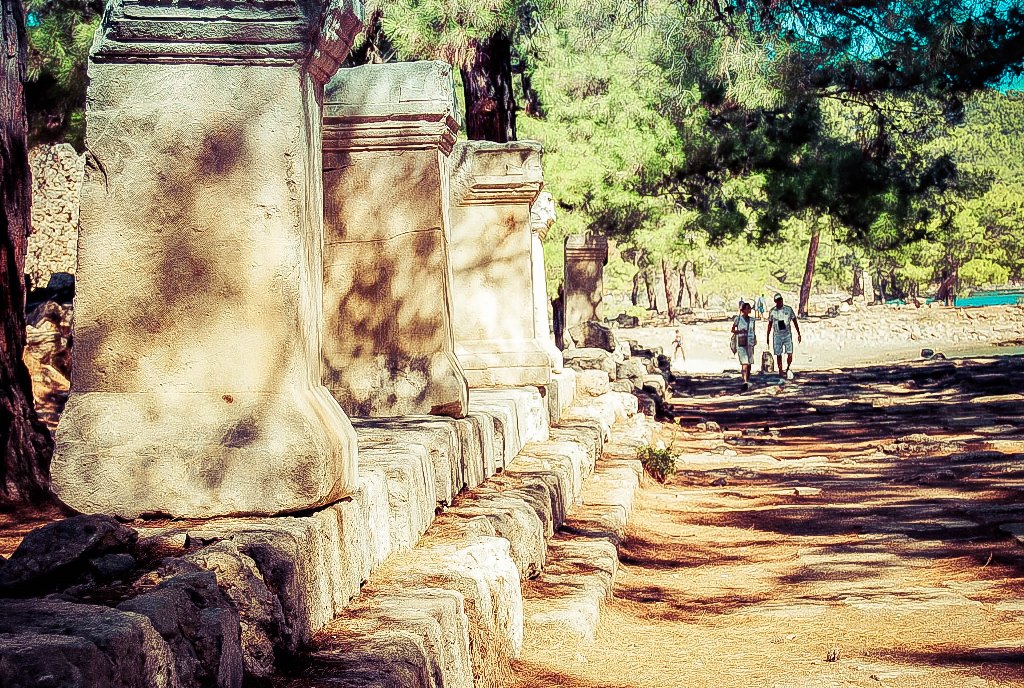 Exploring the Ancient Ruins and Beaches of Phaselis

Fronted by the Mediterranean Sea and backed by a majestic view of the Taurus Mountains, the ruins are scattered around a small area, of which the central agora street runs between two beaches. This road running for 24 metres is sided with the remains of old shops, houses and Roman baths. Sitting a short distance away in among dense shrubbery is a small theatre but the structure gaining most admiration is the massive water aqueduct sitting at the north gate entrance.

Arriving without a tour guide or informative book can be forgiven since around the ruins are signs giving detailed information about the structures and the history of the city. After visiting, the perfect way to end the day is by having a beach break. One is small and pebbly but the larger one stretching around a half circle bay is lined with golden sand, a backdrop of trees for shade and ideal for swimming. 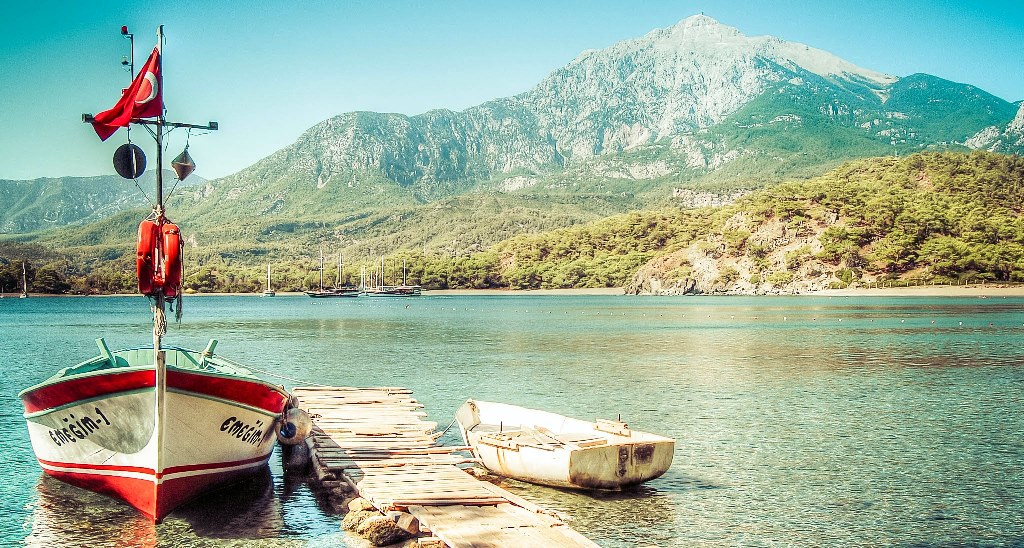 How to Get to Phaselis

Sitting in the current day area of Kemer, near the designated national park of Olympos, Phaselis is commonly reached using one of two methods. Cars and buses descend down into the park from the main D400 coastal road running directly past it, or a favoured option with holidaymakers is to sail into the semi-circle bay on one of the many lazy day boat trips coming from surrounding resorts. 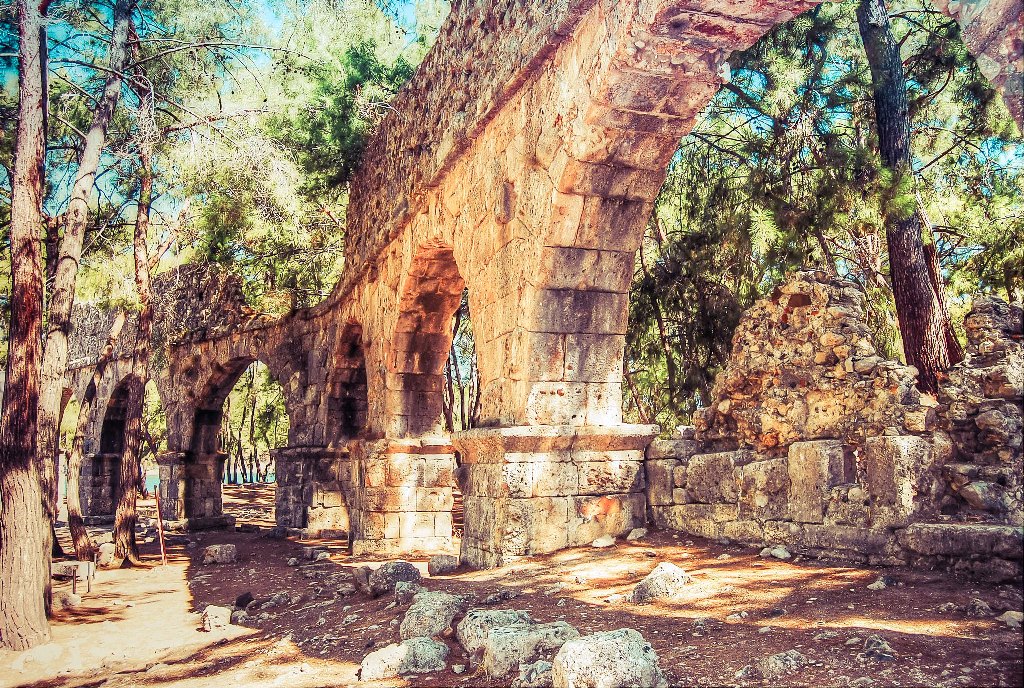 From the ruins of Phaselis, the prominent and majestic Mount Tahtali can be seen and the good news is that it is only a short drive away. Coming out of Phaselis and turning right, to drive into the Olympos Beydaglari national park, visitors follow a winding path up hill to lead to the cable car base section that is nicknamed “Sea to Sky.”

A short 20-minute cable car ride takes passengers over the forested area to the summit where an impressive 360-degree view of the backing Taurus mountain range and the Kemer / Antalya coastline wows everyone. Enjoy a meal, take photographs, slot money into the viewing binoculars or if you are pumping after an adrenaline rush, paraglide down the mountain.

Mount Tahtali’s name in history was Olympos, home of the gods and once you ascend it and see the impressive landscape views of the Antalya region, it is easy to understand why. Read more about it here.