A mega tourism city is in the works for Bodrum changing the face and fortunes of the already-popular resort.

Investors from Hong Kong and China are behind the the twelve-million square metre tourist city, which will be home to hotels, residences including luxury Bodrum villas and apartments, golf courses, a university campus, shops and offices and leisure facilities.

Agaoglu Group, the huge construction company behind the project said the city will be the largest of its kind in Europe once it’s completed. And significantly, it will be more than just a tourist attraction, it will attract visitors throughout the year, extending the tourist season and impacting on the local economy.

End of the Silk Road

The investment is part of China’s “Belt and Road” initiative, which is seeing Chinese investors plough $8 trillion into infrastructure investment across 68 countries. An Agaoglu Group spokesperson said the Chinese investors’ stake in Turkey would mark an “end to the Silk Road.”

The ancient Silk Road network connected east and west, stretching from the Korean peninsula to the Mediterranean. The trade routes that made up the Silk Road were for centuries not only integral in transporting goods to far-flung countries, but spreading culture, language and traditions across Europe and Asia.

While the latter-day Silk Road conveyed trade products like textiles, foods and crafts, today’s Silk Road is more complex. The Chinese initiative, which has been deemed the “project of the century”, spans four continents, and is set to herald a new golden age of globalisation.

The ground-breaking project has the potential to raise the living standards of a staggering 70 percent of the global population, and underlines China’s ambition to take a larger part in global affairs and bring them into centre stage on the international trading market. 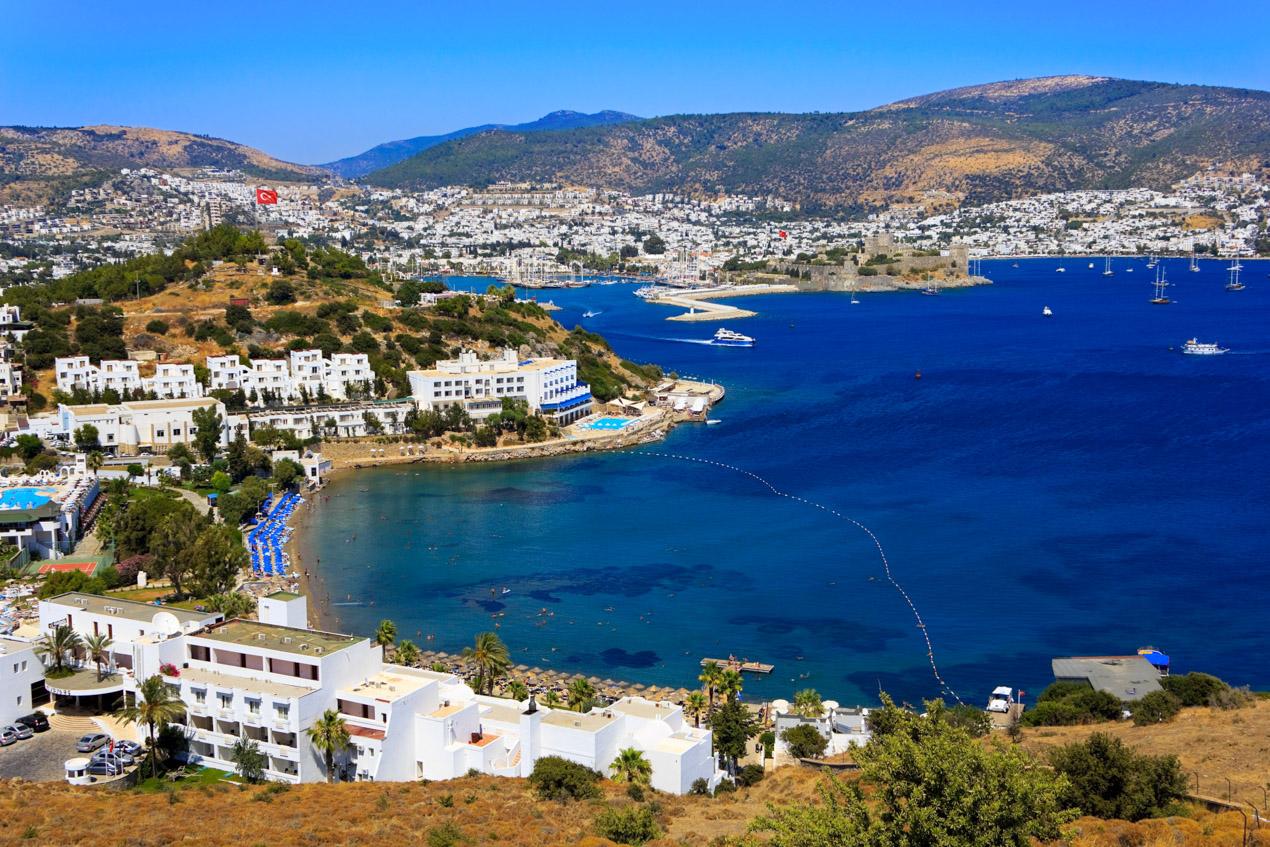 Bodrum: the window to the west

An Agaoglu spokesperson outlined Bodrum’s status as a “strategic location” and a “window to the west” for the Chinese investors. It’s easy to see why Bodrum has been chosen as an endpoint to a modern-day Silk Road. Turkey’s original tourist destination has always been a magnet for overseas visitors. However, over the last decade, the resort’s fortunes have grown considerably. The once-modest Aegean peninsula, which was home to a collection of quiet fishing villages, has made a name for itself as a new centre for luxury hotels and residences.

Some of the world’s biggest luxury brands - Kempinski, Paramount, Nikki Beach, Aman, and Swissotel - have opened large hotels in the last few years, and the rush to make a stake on the peninsula is far from over. LUX and Paramount have recently opened flagship Bodrum hotels, and the Hyatt is the latest to announce a project. 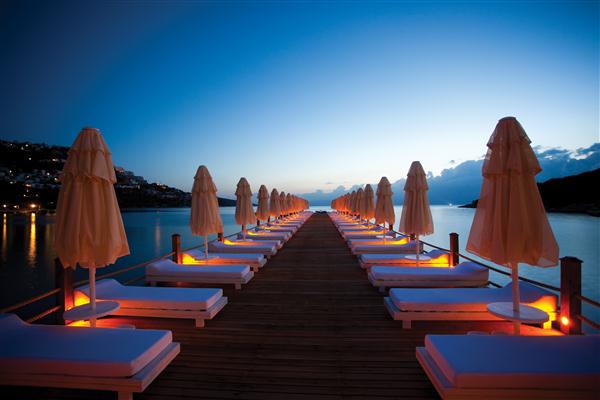 Bodrum is often referred to as Turkey’s St Tropez in a nod to the high-end clientele who are seen mooring their yachts or sunning themselves on beach platforms around the peninsula. It’s certainly Turkey’s most glitzy holiday location. You need only to stroll around its upmarket streets to see the dramatic turn the peninsula’s fortunes have taken.

In Bodrum centre, the waterfront has become a place to see and be seen, with the pretty harbour lined with boutique stores catering to the increasingly well-heeled visitor. In Yalikavak, the new Palmarina, with its swanky restaurants, leisure facilities and top-of-the-line marina have had a knock-on effect on the town’s local economy and Yalikavak property - and the once-modest village is now famous around the globe. Other hotspots on the peninsula include Turkbuku, a favourite with Turkish celebrities, and Gumusluk, a pretty, secluded town once famous simply for its seafood restaurants and now making a name for itself as a vibrant hub with an annual classical music festival. 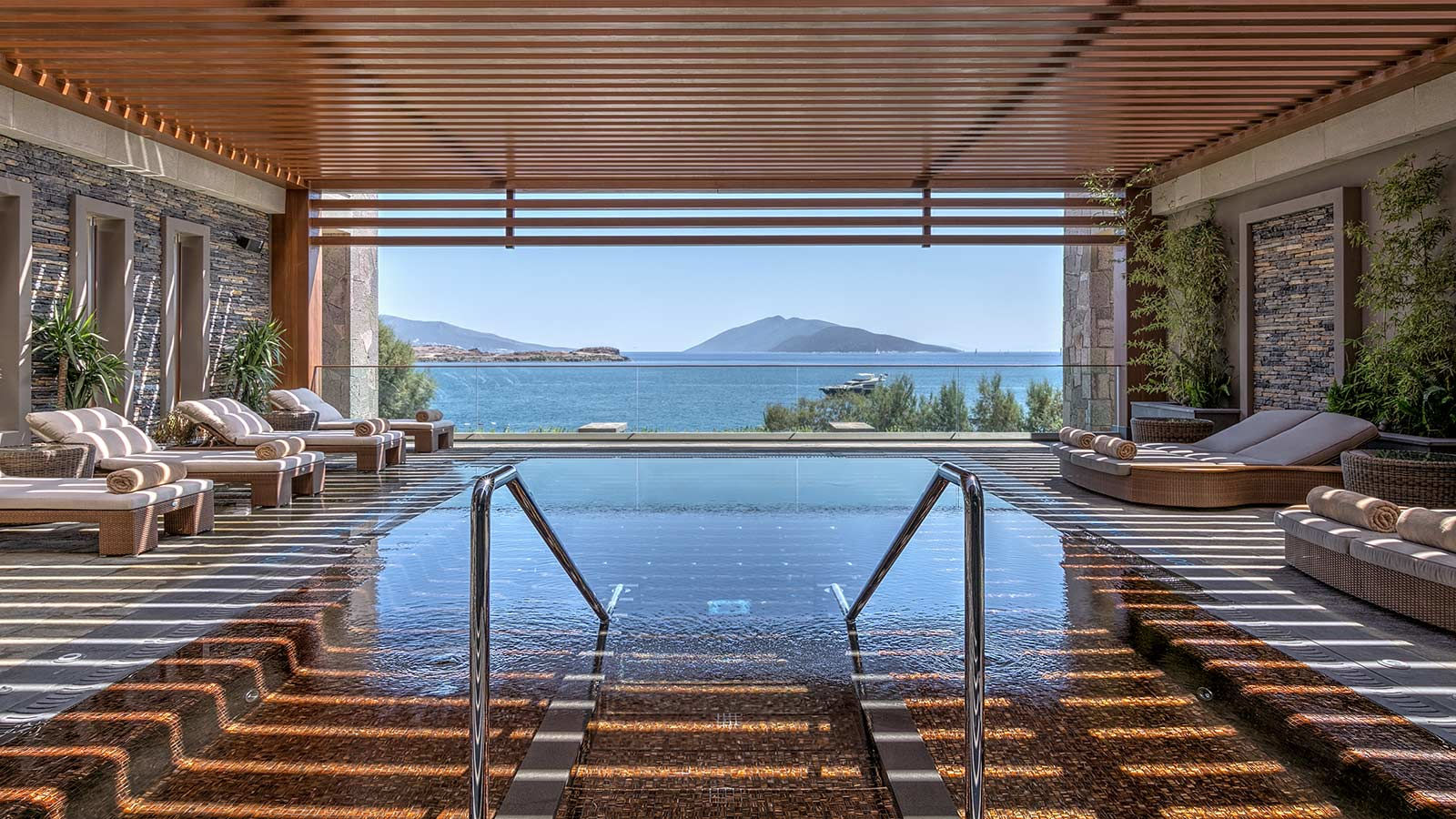 Along with the rest of Turkey’s resorts, Bodrum’s aim is to become more than summer holiday spot. The new tourist city is part proof this is already happening in the western location. In the last few years Bodrum Airport has expanded to better serve the growing numbers of visitors to the area, as well as cater to increased flights in and out of the area out of the longstanding summer season.

Following the success Antalya is experiencing after a push to promote its regional off-season attractions, visitors are now heading to the Bodrum peninsula for reasons other than sunshine and seaside attractions, helping boost the economy. Bodrum’s spa retreats - made famous by visitors like Kate Moss - are considered some of the best to be found anywhere. Sailors are exploring its shores out of season, attracted by the lower cost of mooring and the favourable sailing conditions. Others use the peninsula as a base to explore some of the attractions in the surrounding areas, like Ephesus and Pamukkale, preferring to visit outside of peak times.

$2,322,500
5
6
Bodrum
Already a hub for property investment, Bodrum’s new tourist city will not only help further boost the region’s global reputation, it will transform the peninsula to a year-round hub, helping the local economy and pushing Bodrum property prices up as more buyers see Bodrum’s potential and decide to make the region their home.

Once a getaway for wealthy Istanbulites, Bodrum property is now a favourite of lifestyle and investment property buyers from all over the globe, particularly from the UK and northern Europe. The new tourist city will mean a greater focus on property in Bodrum, particularly in the luxury sector, as investors and lifestyle buyers weigh up the charms of this enduringly popular Turkish destination.

Boasting spectacular panoramic views across the islands and sea, these outstanding properties form one of the best developments in Gumusluk and enjoy access to a private beach, swimming pool, and even restaurants.