Bodrum’s reputation as a stylish, luxurious destination isn’t limited to its geography. Originally a second home haven for Turkish city-dwellers, the beautiful peninsula has established itself as a global hotspot, with big-name celebrities choosing Bodrum for their luxury holidays and spa getaways.

However, it’s not only celebrities discovering the delights of this Aegean spot. Bodrum’s cachet as a luxury destination is growing, with global luxury brands increasingly setting up in the peninsula’s upmarket towns, designing and building luxury complexes and resorts, and tapping into the excitement of this stylish hub. 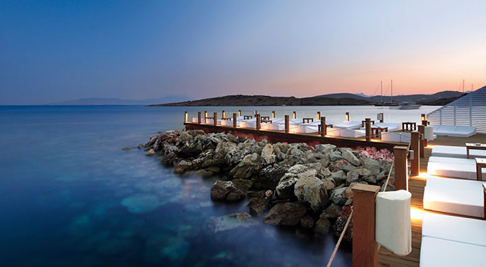 The standard of luxury developments in Bodrum put the peninsula on par with similar resorts, for example, Marbella and St Tropez - two areas that have in the past been synonymous with high-end hotel and spa resorts.

With the advent of these luxury branded residences, property in Bodrum is once again undergoing a transformation - a move towards branded luxury and high-end hotel services. In a market that's much newer than the well-established European resorts, global brands are free to innovate and experiment, and the results so far are remarkable, with branded luxury residences in Bodrum in high demand.

Bodrum’s appeal over its competitors is its southern aspect, which means a better climate, a factor that’s extending the peak season each year, and its authenticity. Developed later than comparable Spanish and French resorts, Bodrum’s retained its rustic, traditional feel, with cobbled streets and traditional eateries; small hidden villages where life continues as it did a century ago; and captivating ruins.

We take a look at some of Bodrum’s latest big-name residents.

The luxury hotel group, which claims to provide an “Asian-steeped” luxury, has hotels, resorts and residences around Europe, Asia and the US. Its award-winning brand has now reached Bodrum’s Turkbuku, where Mandarin Oriental has created beautiful branded Mandarin Oriental properties where villas sell for an excess of US$5m. 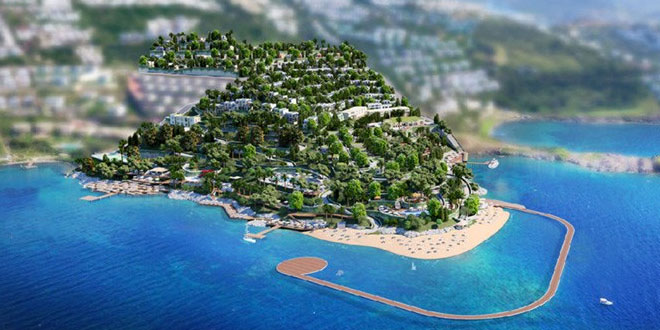 Its unique brand of eco-luxury has made The Banyan Tree hotels and spas a global name. Its new complex, Bodrum’s largest to date at 100,000 square metres, will have 500 branded Banyan Tree apartments and villas with incredible services and facilities. Prices are expected to double by completion, making these properties an amazing investment opportunity.

Described as the “ultimate beach club,” Nikki Beach began as a luxury beach club and is now a huge lifestyle and hospitality brand found in the US, Europe and Asia. Their achingly hip Bodrum resort opened a couple of months ago in Torba and includes a beach club, dining areas, a swim-up bar and VIP terraces and cabanas.

Nestled in the hills between Torba and Turkbuku, Amanyarua’s 36 cottages, with their four-poster beds and private pools and gardens, offer privacy in the lap of luxury, sweeping sea views and top facilities. The Aman brand is all about offering a world away from the everyday, an emphasis on design, and a fascination with foreign cultures. 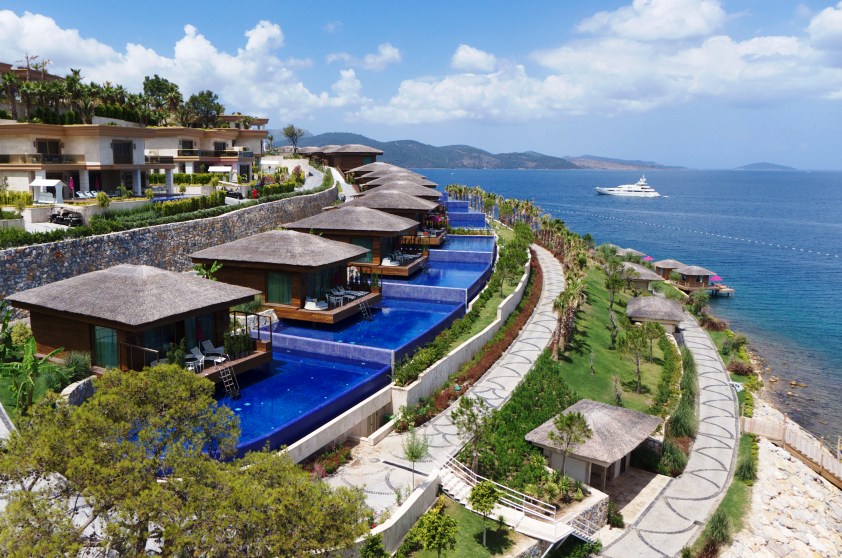 Jumeirah began in Dubai, and spread outwards around the word, winning awards for innovation and tourism along the way. Their world class resorts now include Jumeirah Bodrum, after they acquired the Golden Savoy Hotel at the entrance to the Bodrum peninsula, spending millions on turning it into the sumptuous, high-end Jumeirah Palace. 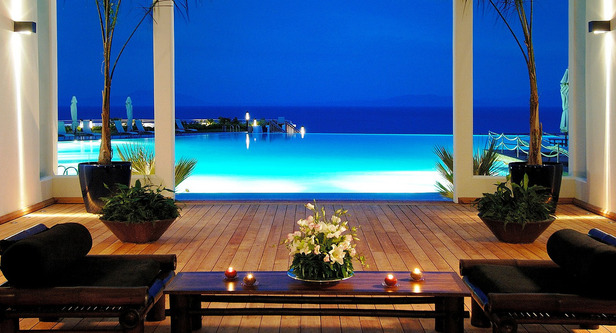 The European hotel brand was founded in 1897 in Berlin, and has steadily grown ever since. The group now has luxury holiday resorts, business and spa hotels all over the planet, and offers European sophistication to its users. Kempinski opened its Bodrum hotel in Yaliciftlik Bay five years ago, and offers luxury holiday suites as well as residences starting at $2m. 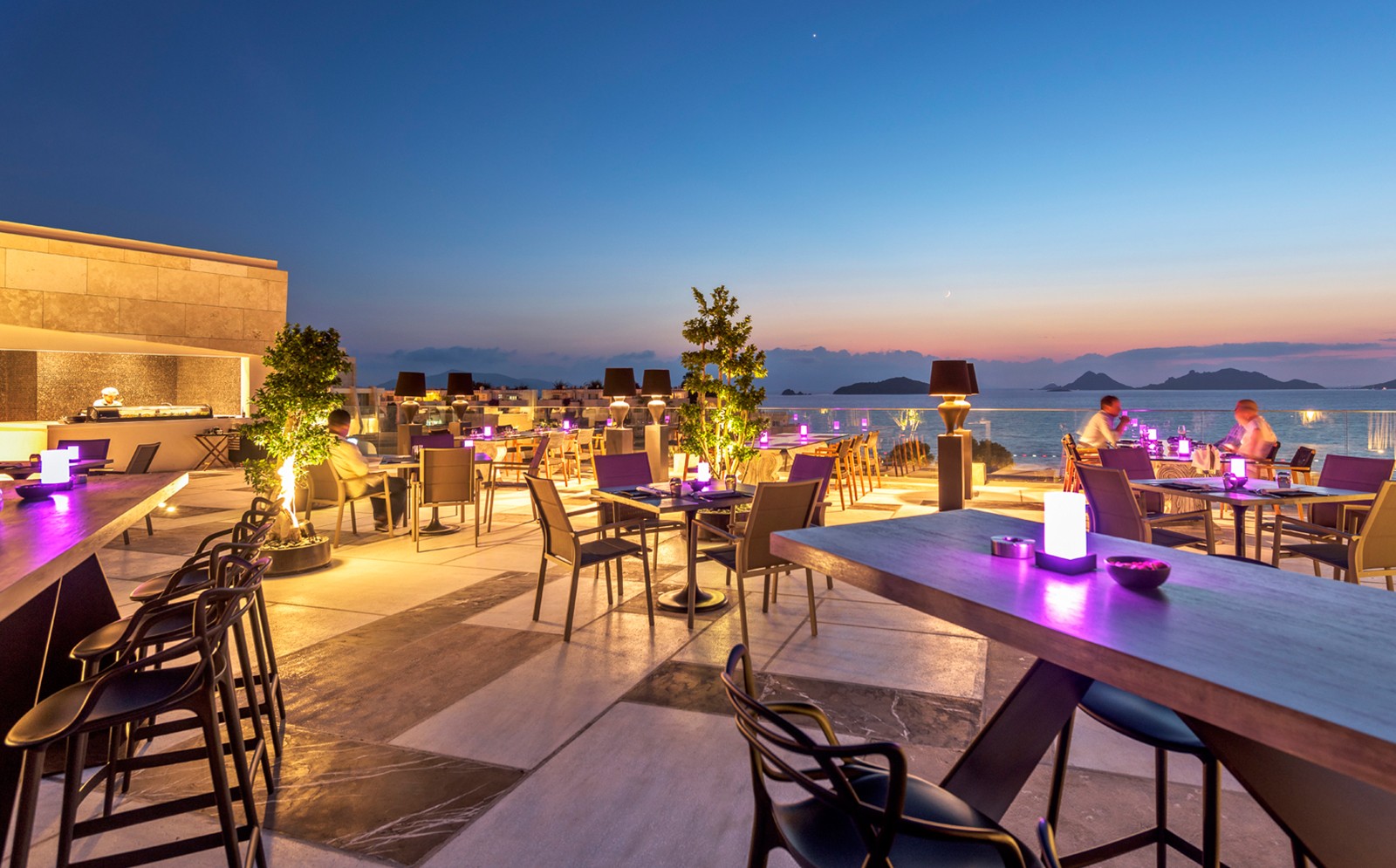 The high-end hotel group which started in (you guessed it) Zurich now has 37 hotels spread around 17 countries. There are two Swissotel resorts in Bodrum, one in Turgutreis, with beautiful Swissotel beachfront residences for sale, and another on the outskirts of Bodrum Town.

Get in touch to find out how you can make the ultimate lifestyle investment in Bodrum.