It is inevitable that when man perfects an art skill, a stream of respect and admiration follows. This is true in particular areas of Turkey well known for developing certain handicrafts because many skilled artists and craftsmen, use simple tools or construct an item purely by hand.

Despite the onslaught of modern machinery, skilled artisans still make a roaring trade in Turkey, and some of this can be credited to tourism and people’s desire for authentic souvenirs. It is worth looking at these trades history though because many flourished during a glorious era of the Ottoman Guild system. 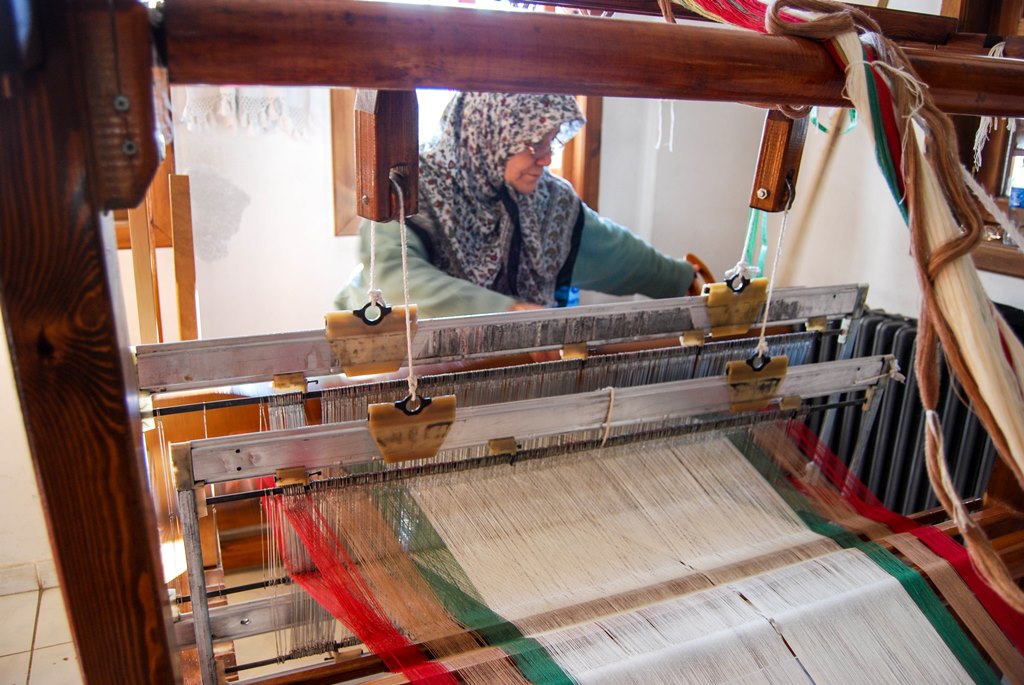 What was the Ottoman Guild System?

This union of artisans operated from the 13th to 20th centuries. Called Akhism which meant Brotherhood in Arabic, it was responsible for skill training and ongoing trade related to handicrafts. They also controlled the market to ensure a regulated system was in place for trading.

Four genres classified members depending on their skill level; errand boy, apprentice, qualified workman and master. Evliya Celebi, an Ottoman traveller, similar to Marco Polo, wrote extensively about the Ottoman Guild on his journals, proving it was an integral part of society.

Noting that a “master” could not open a shop until he received his licence by demonstrating his skills, a separate division managed the local economy and training of wannabe artisans. Rules also dedicated the “master” employed an errand boy, who would eventually progress to apprentice and so on, thus ensuring training through generations continued. When the Ottoman Empire ended, other industry programs phased out the guild, but there is no doubt, it gave fruit to Turkey’s excellence for skilled handicrafts. 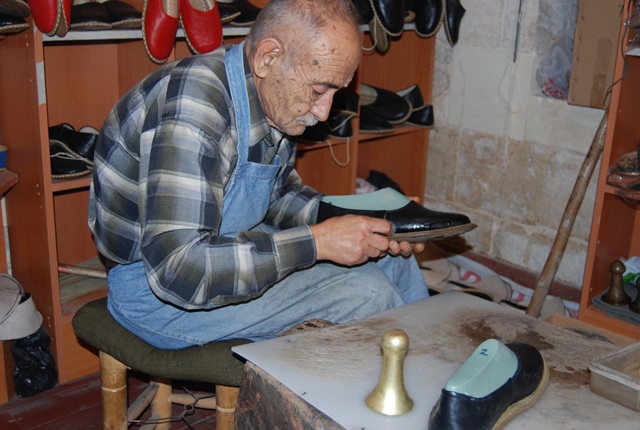 Most certainly, the most famous craft of Turkey is carpet weaving that is also an integral home decor. Although these days, machine made rugs are popular, in days gone by, women designed carpets for their own homes, adding their own touches as well as regional motifs for décor and design. Areas of Turkey respected for producing top quality rugs include Usak, Konya, Milas, and Hereke, former suppliers to Ottoman royalty.

Heading over to the Anatolian region in central Turkey, pottery from the town of Avanos tops the charts. For centuries, locals taking clay from the red river created cooking pots and bowls to be shipped all over Turkey. When Cappadocia embraced mainstream tourism, they found another outlet for their trade, which was ideal since, at this point, machine made cooking pots, became popular, therefore diminishing their trade.

Continuing east to Gaziantep, on the edge of the Mesopotamian plains, this city that also lays claim to the country's most delicious baklava holds the crown as the king of artisans. Although industrial trends are slowly creeping into the city, a walk through the local bazaar and down cobbled side streets prove artisans still dominate the area. A local cobbler made all the Yemeni shoes for the crew of Brad Pitt's famous film Troy, while the Coppersmith Bazaar introduces a chance to watch the masters in action. Repairing kitchen items or designing pots for Turkish coffee, their expertly made goods appear in shops and bazaars all over Turkey and are a favourite souvenir. 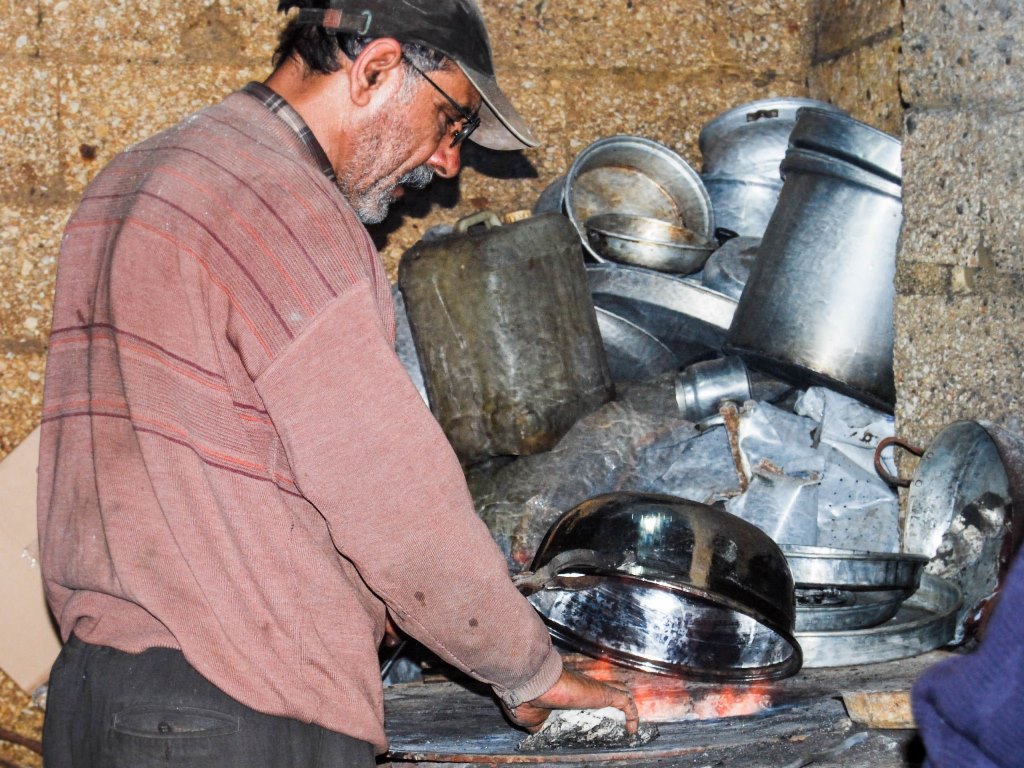 While some regions are famous for their excellence in producing everyday products, others received admiration when royalty came knocking at their door. This typically applies to Iznik pottery that rose to fame in the 16th century. Already well respected, their work captured the attention of numerous Ottoman sultans including Suleyman the magnificent. Commissioning hundreds of thousands of tiles for his newly built mosques, their reputation climbed to a highly prestigious status. Ottoman Sultan Selim the First also brought Iznik craftsmen to the royal court and employed them directly.

Unfortunately, as with the onslaught of modern machine technology,  some handicrafts are under threat and surprisedly the most affected is evil eye glass making. All of Turkey uses this small talisman in their homes, offices, and cars, yet cheap imports from China are threatening business. Places on the Aegean coast who for centuries have blown coloured glass taken from hot furnaces, into round and oblong evil eyes of all sizes are suffering.  Two hard hit areas are the local glass furnaces of the Kurudere and Gorece villages, and their future is uncertain.

Another art form whose future is doubtful is Telkari, of which the Mardin and Beypazari regions are famous for. This age old tradition involves the fusing of extremely thin silver or gold to create intricate pieces of jewellery. These days, the workshops of Telkari masters in both regions have turned to showcasing them as collectors items because of the diminishing interest in specialised jewellery. 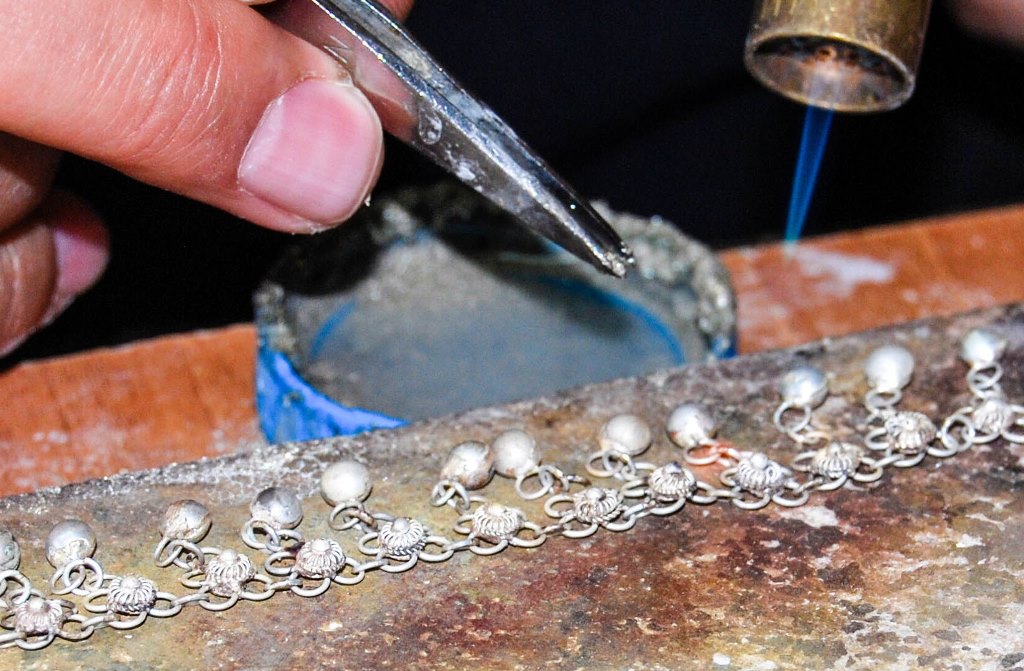 Meanwhile in Tozkat village, Yazmacilar rule the streets. Known as stewards of cloth printing, locals still use old fashioned methods of placing painted wood onto material for decorative purposes. Originating from the Armenian culture influences, their trade dates from the 17th century and the craftsman’s hands manage all aspects from carving intricate wood patterns to making colourful dyes.

A fascinating story of Turkish handicrafts stems from Devrek village in the Black Sea region. After being held prisoner in World War 1, a local man returned to the village and told stories about British officers who used walking canes as a sign of social status, rather than a crutch for the elderly.

Naturally as a forested area, wood was in abundance so after whittling canes by hand, they decorated them using various motifs. The village had a new trade, and as word of their intensely artistic walking canes spread across the country and eventually the world, fame followed. Their walking canes are now a collectors item and as such their handicraft will live on for centuries to come.

Souvenirs From Turkey: Anyone holidaying the country will most certainly want souvenirs and our guide list popular items to buy including the Turkish Evil Eye, copper, carpets and more.

Local Bazaars and Local People: All over Turkey, locals sell items from their stores in traditional markets. Read our guide on what is a good buy, visiting etiquette and what you can expect to find. 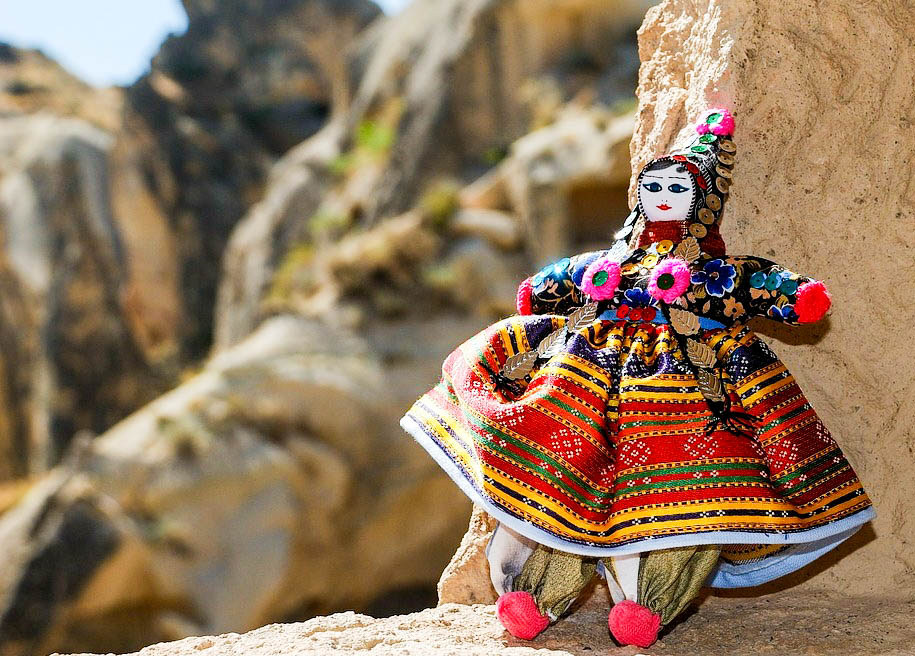