Ataturk Airport was Istanbul’s major International Airport Hub before the construction of Istanbul Airport, Ataturk’s modern successor. Located on Istanbul’s European Side, Ataturk Airport occupies some of the finest, well connected, and vast land within the city limits. The total area of the holding amounts to 8.5 million m². The future allocation of that 8.5M for the “People’s Park” project will be around 5.2M m². The other 39% will be reserved for Military, Cargo, and other aerial needs of the government.

Naming the Park: Who is Ataturk?

The new national park will inherit its name from its airport predecessor. That means it’s namesake, Mustafa Kemal Ataturk, will continue to be honoured within the heart of Turkey and Istanbul. Commonly referred to simply as Ataturk (meaning “Father of the Turks”), Mustafa Kemal Ataturk was the first president and founding pillar of modern Turkey. Not only influential in establishing modern Turkey’s borders and governing body, Ataturk also served a crucial role in the establishment of modern Turkish language, education, and many other cultural, foundational institutions of which are still thriving today.

By far, the largest reallocation of the space will be for the planting of some 132,500 trees. This forestation project will be on a such an expansive scale rarely seen across the world, and never seen before within a metropolitan area. These new trees will lay the foundation for generations of Istanbulites to come to the “lung of the city.” It also does well to functionally divide the space for separate uses. While many will visit to admire the natural growth and breathe in the fresh air, others will look to take advantage of one of the many attractive events and recreation spaces.

This green lung will not only offer natural forest, but a connection to the natural sea. The new national park will have sea access via corridors that will run through the coastline leading to a new 885m long pier jutting out into the Marmara Sea. This land and sea combination will provide ample natural diversity that cannot be appreciated in merely one visit. In fact, the city estimates that the new national park will generate over 1 million visitors per day. This will become one of the most treasured assets of Istanbul, similar to Central Park in New York City. 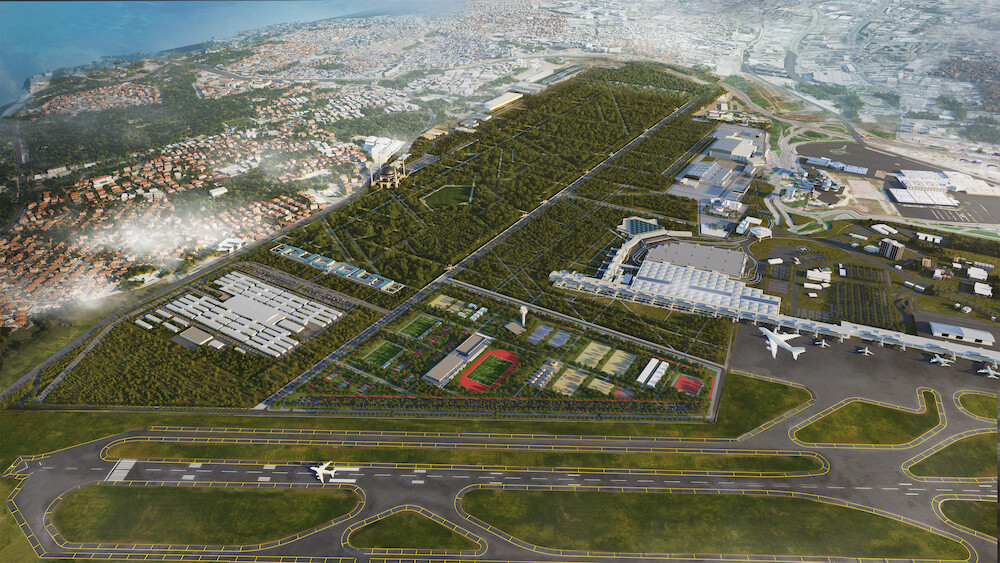 The Boulevard homes next to Istanbul National Park

$453,800
2
2
Istanbul
Local residents and small businesses stand to benefit tremendously from the recent developments. Not only will this be the greenest neighbourhoods in Istanbul, but the location will offer many, many unique experiences that will be in their backyard. With the airport already being one of the most connected organs in Istanbul’s public transportation nervous system, local residents now enjoy freedom and space. Two qualities that don’t come cheap in Istanbul. It’s not only the access and proximity that locals will enjoy. Local business will be given space within the park to operate and serve. Employees from larger companies will also be able to enjoy the park on their lunch breaks and after work dinners. Finally, with the reduction in flights, in and out of the terminals, the local residents will also benefit from a reduction in noise pollution to couple with the forest reducing air pollution.

Now is really the time to get in early on this burgeoning scene. New, large scale housing developments have been somewhat kept at bay by locals as they fear being driven out of their places. With local protections in place, new housing fast becomes a scarcity. So with scarcity and demand ramping up. It is advisable to buy in these neighbourhoods before the park itself starts opening.

We all understand the appeal of providing natural spaces to a population via green forest and blue sea. But what will this new park offer in terms of experiences and quality of life to the residents of Istanbul? As it turns out, the answer is expansive and comprehensive. First of all, for the residents of the surrounding areas, the park will provide a newly established state-of-the-art hospital on grounds, an elderly care home, multiple youth spaces in within the old hangars, and it will become the emergency shelter site for the areas nearby.

For the public at large, there will be many “living spaces” opened up for recreational use. Sports complexes will offer tennis, football, basketball, skating, and many more athletic experiences. Outdoor workout stations, tracks, and paths will keep people active at their own leisure. For those interested in education, a library, lecture hall, study/work rooms and a museum complex will be constructed in concert with the youth spaces. This will offer hands-on education in aerospace, technology, liberal arts and more all within the campus.

The park will also be the host of large scale events. There will be fair grounds portioned off for international exhibitions, general parking, and other municipal events. The park will also house an outdoor amphitheatre and stage space for music and entertainment. In total, of the 5.2M² National Park space, it is estimated that these park attractions will occupy just under half of the space. 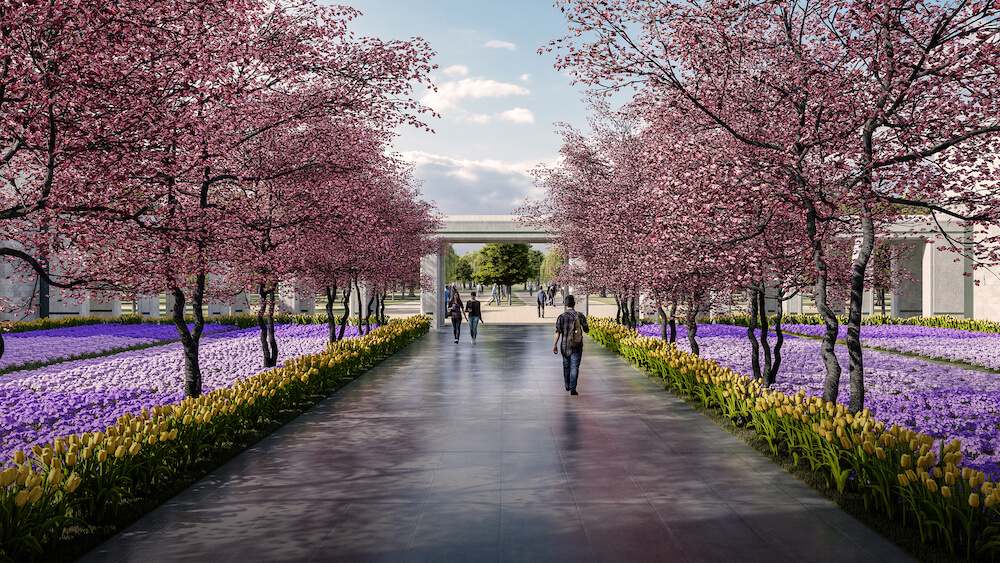 Sefakoy, Florya, Atakoy, Bakirkoy, and Yesilkoy makeup the areas around the national park that stand to be most directly impacted by the transformation. Now over the course of the history of Istanbul and the existing airport, many of these areas had already fully matured and have already been returning massive value on the properties within their borders. The exception to this trend are the areas to the north and northwest of the old airport boundaries. Most of those areas are within the Sefakoy district.

These are the areas with the most available current stock directly adjacent to the new national park. We have seen over the past half-decade that many savvy real estate developers have been snatching up properties around the airport in anticipation of this project. Prices were so attractive back then, because the transformation was merely, innuendo. Now that is reality those developers stand to turn a sizeable profit. But with construction just beginning, whoever buys from them also stands to make a handsome return.

At this moment we are still early on in the overall rejuvenation of the region, so if you are interested in getting in early on what could be Istanbul’s “Billionaire Row” contact Property Turkey while there is still ample inventory. 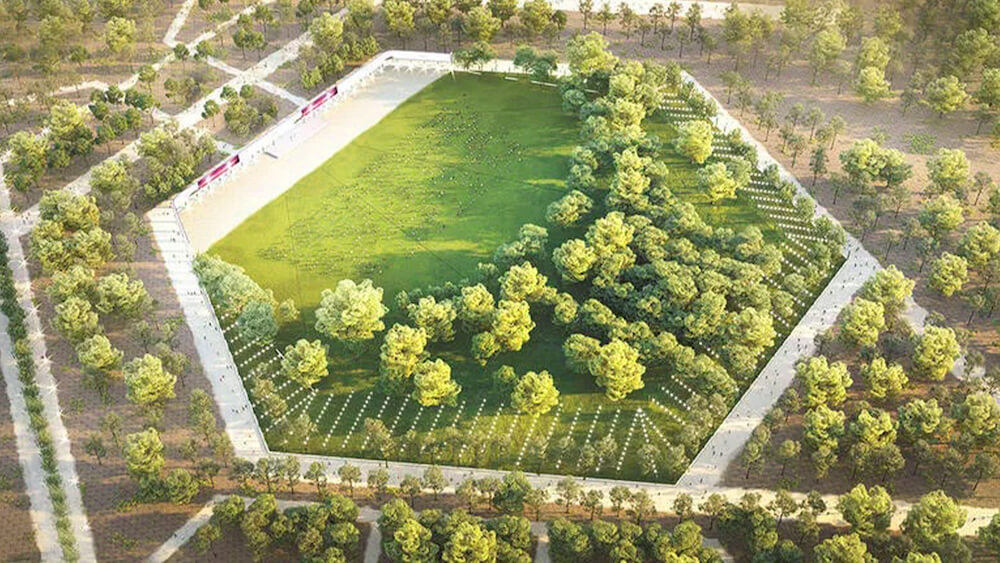 Apartment
The Boulevard homes next to Istanbul National Park

Selling out quickly, The Boulevard offers top quality apartments and villas for sale within the highly desirable area of Sefakoy within Kucukcekmece – forming part of a superb complex with a plethora of facilities.