To visit or buy property in the Alanya area of Turkey is to tap into a popular hotspot attracting many nationalities worldwide. Sitting on Turkey’s southern coast, Alanya grew to become a destination worthy of respect and admiration over the last ten years. As the third-largest district in the Antalya region, Alanya sits on a small peninsula, backed by the Taurus mountains, and fronted by the Mediterranean Sea.

As well as being modern and trendy, history experts say Alanya’s history dates from 20,000 BC, which makes this city a historical gem. Originally called Korakesium, then Kalanoros during Byzantine times, the Seljuk empire changed its name to Alaiye. Then Mustafa Kemal Ataturk, the founder of the modern Turkish Republic, changed its name to the current day version. So, whether you want to visit, or are thinking of buying a home there, let us look at what you need to know about Alanya. 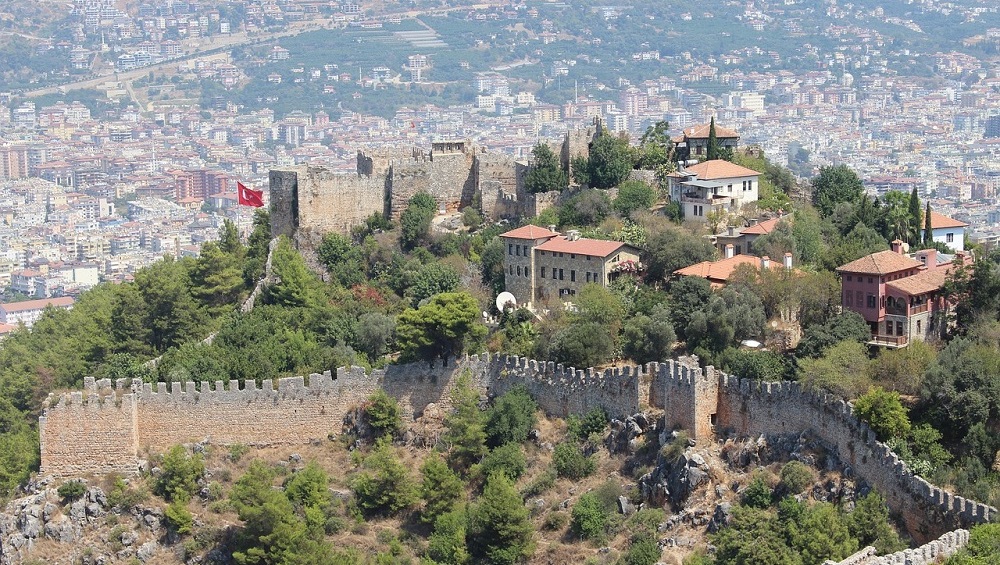 About the Alanya Area of Antalya - Turkey

Alanya’s tourism season runs all year round, although most foreign holidaymakers visit from May to October when the main flight schedule starts. The best time to visit depends on your preferences. Beach lovers enjoy hot summer temperatures from June to September, while those who like exploring historical sights and trekking should visit from March to May or October to January. The rainy season usually starts in February.

Alanya sits on the main D400 highway from Turkey’s east to west; hence getting here by road or bus is easy. If you cannot get a connecting bus to Alanya, first head to Antalya otogar and from there, buses take 2-hours. Otherwise, most foreign holidaymakers fly into Antalya airport. Some also fly into Gazipasa after getting a connecting flight via Istanbul. Alanya’s marina is state of the art but prebook your docking space.

Regarding these three essentials for a good holiday, Alanya is an all-rounder, and no one ever wants anything. Alanya’s healthy hotel selection ranges from room only to all-inclusive, but self-catering is another popular choice because there are many holiday homes in Alanya. There is a decent selection of shops and the local Friday market, is an excellent place to pick up fruit, veg, souvenirs and household goods. Nightlife can be as low key or hectic as you want. Families and couples particularly enjoy seaside dining during summer, but stick to the central city centre part to party the night away.

Covering 10 hectares and surrounded by 6 kilometres of walls, Alanya castle’s architecture perfectly blends traces of Ottoman, Seljuk, Roman, Byzantine, and Hellenistic trends. The construction date is unknown, but historians found traces to prove the building was once a pirate base. The Romans eventually outed them, and they grew and added extensions to the original structure. When the Seljuks came to Alanya, the castle acted as a naval base, trade, and shipbuilding centre. Fast forward to the Ottoman empire, and they added the Suleymaniye mosque, bazaar, and traditional Ottoman houses. These days, Alanya castle is one of the biggest attractions in the Antalya area and along Turkey’s Mediterranean coast.

Alanya’s other major landmark, the 13th-century Kizilkule, was built to protect the castle and shipyards from sea attacks by invading forces. Ranging in height, from 3 to 33 metres, and built on sloping land, red bricks in the upper section evoked the red tower nickname. When touring, keep an eye out for the 22 openings from which boiling water was poured onto anyone trying to attack. The tower covers five floors, of which these days, the ground floor features exhibition spaces. Additionally, stretching for 57 metres, with a depth of 40 metres, the shipyard’s five vaults stand out on the coastline. Built to make the most of natural daylight, maritime repairs and construction occurred during Ottoman rule. Work at the shipyard finished in the 1960s, and these days, the building serves as a museum dedicated to ships and maritime artefacts. 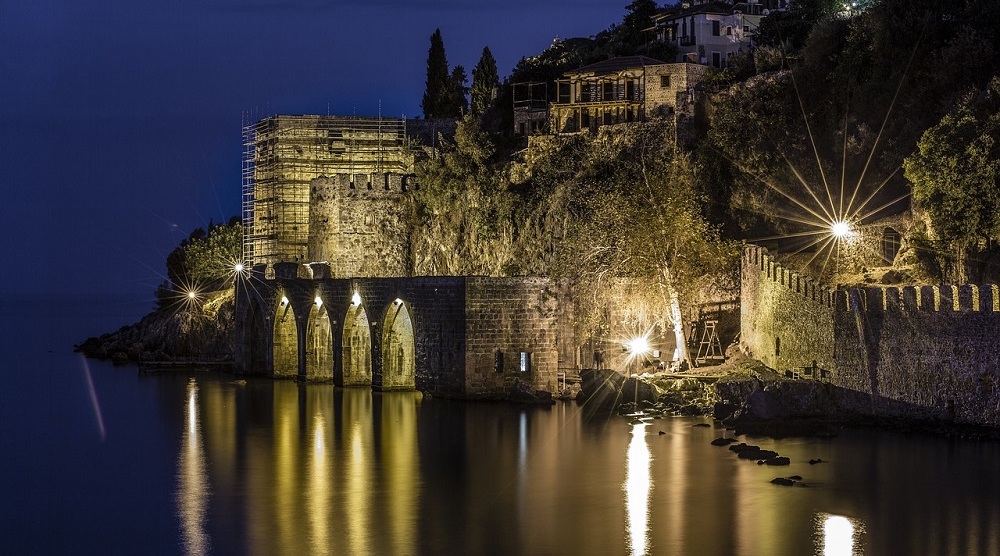 Workers first discovered Damlatas Cave to the west of Alanya Castle in 1948. Visitors enter a 50-metre passage with a height of 15 metres to reach the main cave, named Damlatas because water drips from the cave’s stalactites. As well as attracting tourists, the cave’s air elevates asthma symptoms; hence patients sometimes sit in there under doctor supervision. Maintaining constant temperatures all year round of 22 degrees, Damlatas was Turkey’s first cave tourism example. Other caves to visit in the area include Korsanlar, Fosforlu, Asiklar, Dim, and Kadini.

Residents and holidaymakers in Alanya have many sandy beaches to choose from. Icekum sits in the main Antalya – Alanya highway in Avsallar town. While broad, Damlatas sits near the cave with the same name and is a blue flag. The most popular, however, is Cleopatra’s, of which the term refers to the story of the Egyptian queen and roman emperor Anthony swam here. The other choice is Ulas, on the main Antalya – Alanya highway.

For decades, in many coastal areas of Turkey, locals retreat inland into the mountain scape during summer to escape scorching temperatures. This cultural concept became yayla tourism with the advance of independent travel and can now be done in Alanya. One perfect example is Derekoy, 35 kilometres inland from Alanya. Surrounded by pine trees and reached by a curved road, the area is famously known for trout molasses, figs, and grape production. Gedevet in the Pinarvasi plateau is another famous summer yayla destination sitting 1050 metres above sea level, and they are known for apples, pears, cranberries, hazelnuts, chestnuts, cherries, grapes, and figs. Two other recommended yayla towns to explore in summer include Turktas and Mahmutseydi.

Alanya Archaeological Museum that opened in 1967 features 15 exhibition halls, filled to the brim with artefacts from the Bronze Age, Urartu, Phrygian, and Lydian periods. One of the most prized artefacts is a bronze, 2nd century BC Heracles statue alongside Roman and Byzantine, bronze, marble, terracotta, glass, and mosaic items. Seljuk and Ottoman Turkish-Islamic pieces also receive much admiration. Also, drop by the house where Mustafa Kemal Ataturk, the founding father of the modern Turkish Republic, stayed during his visit to Alanya on February 18, 1935. Additionally, Azakoglu Mansion in the Sekerhane district is a shining example of traditional Alanya architecture and is a must-visit.

Altogether Alanya breaks down into 102 official neighbourhoods, although some are more popular than others.

Mahmutlar: This neighbourhood has grown from being unheard and off the grid into a significant holiday district of Alanya. The reason being is that cheap property prices prompted many foreigners to buy a holiday home in Mahmutlar. Also, sitting 8 kilometres from the city centre, Mahmutlar offers a good transport network should you want to spend the day in the city centre. Another reason people like the neighbourhood is that Gazipasa airport is just 25 minutes away.

Avsallar: This neighbourhood sits 24 kilometres outside the city centre, approximately halfway to the historical Side resort. The beach is a big lure, and once again, holiday homeowners adore the slower pace of life but easy access to a good transport network.

Tosmur: Sitting 6 kilometres from Mahmutlar and 6 kilometres from the city centre, the Tosmur neighbourhood sits near the beautiful Day River. This destination comes alive from Spring to Autumn as residents and holidaymakers flock to enjoy the outdoors, natural settings. Indulging in picnics, fishing, riverside restaurants, and BBQs, you can alternate with the beach.

City Centre: Otherwise, look for centrally located city districts like Saray Mahallesi, Hisarici or Guller Pinari. These are all within walking distance to shops, bars, restaurants, banks and near to good transport links.

Possibly the most famous neighbourhood in Alanya is Tophane. Featuring restored traditional Alanya houses of Ottoman architecture, the area is a step back in time. All homes face the sea and take a terrace-like feature on the sloping land. Also, see the 13th-century mosque and old churches. Houses for sale in the Tophane area fetch a hefty price because of their historical value. Some were converted into hotels and make a great place to stay.

Many people choose Alanya as the ideal place to buy a holiday home in the Antalya area. Reasons are affordable prices, the weather, the beaches, and lifestyle. However, a prime reason is the local investment by the council into infrastructure and tourism. In addition, Alanya takes excellent care to help foreigners living there to integrate into daily life. Read more here.

About Antalya: The Alanya area of Turkey officially belongs to the larger Antalya province. The region ranks as Turkey’s most famous beach holiday destination and is in the top ten areas for foreigners investing in Turkish real estate. Anyone staying in Alanya for a holiday will enjoy reading our article about what to do and see in the larger Antalya area. 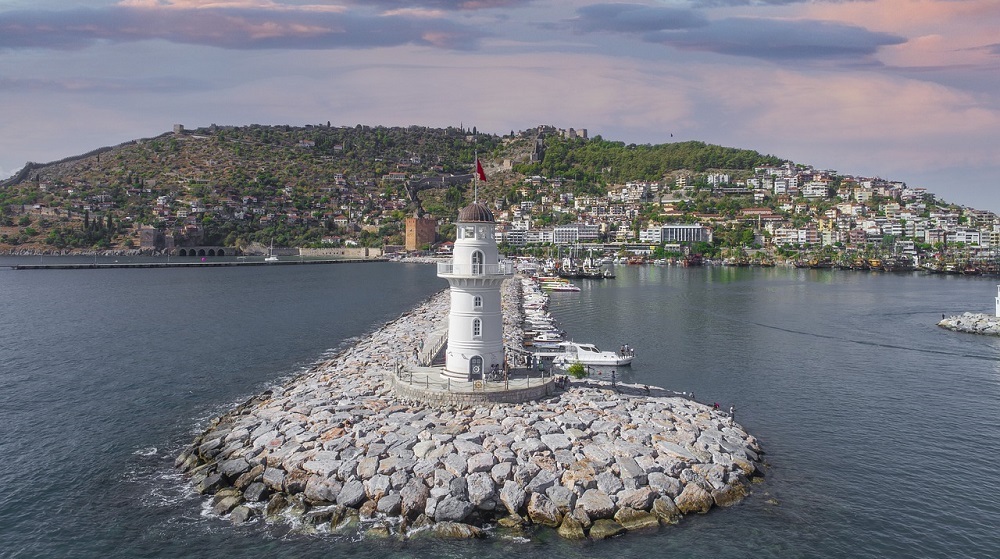