Property Turkey Blog 6 Reasons to visit Side in Mediterranean Turkey

6 Reasons to visit Side in Mediterranean Turkey

Side, a charming resort town in Antalya, doesn’t receive as much attention as its neighbouring counterparts of Alanya and Belek, yet it has a magnificent story to tell. As part of the illustrious Mediterranean coast of Turkey, and former Pamphylia, its inclusion on the diverse Turkish Riviera is a beautiful story to tell when combined with its historical past.

Indeed, even Marc Anthony and Cleopatra enjoyed numerous rendezvous and romantic swims in the cool, calm waters gently lapping the coastline. So, whether you are looking for a holiday destination or a place to relocate for expat life, Side has many reasons to put it on your list of possibilities.

1: Its historical past would make an unusual plot line for a blockbuster film

Side’s impressive historical timeline boasts of habitation by humankind as early as the 7th century BC. The Hellenistic era saw its popularity boom to around 60,000 but in a good versus evil story plot, unsavoury pirates, and slave markets took over the town earning it a reputation as a place where only the brave would tread.

Since no good ever comes from evil, most people eventually flocked to other areas, when a series of small earthquakes made their lives even more miserable. The town remained mostly quiet until the Byzantine era when Saint Paul then whipped up new Christians into a frenzy of excitement over pagan worshippers.

Their time was short lived as well though because Arab raiders burnt a huge part of the town to the ground in the 7th century. Ottomans eventually came to rule in the 15th century and for hundreds of years, Side stepped back into the shadows as a small village relying on fishing and sponge diving for income.

That is until they embraced mainstream tourism and the cobbled streets soon filled with pensions, hotels, bars, souvenirs shops and restaurants. Its remarkable history makes an interesting story to tell but even better is that you can also see it with your own eyes because remains of the past still sit on every corner. 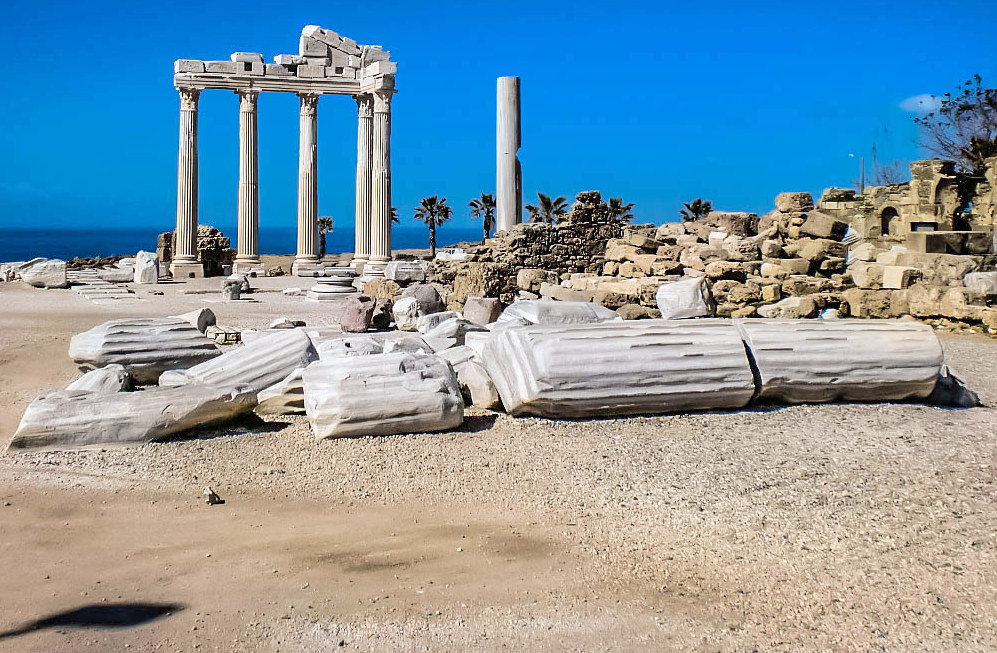 2: Side is an impressive open-air museum

All modern developments and changes have taken place around the Roman and Byzantine ruins so Side has retained much of its village charm and ancient relics. Roman politicians and fierce gladiators used the 20,000 seater theatre, still standing in the middle of the town,  making it the centre of political discussions and the amusement arena of that time. These days, the mood is somewhat lighter thanks to performances and concerts that sell out to crowds eager to listen to music in an atmospheric setting with brilliant acoustics.

Further, up the road, the impressive agora ruins depict what the old marketplace was, but the jewel of them all is Apollo Temple, standing proud and tall on the rocky headline. The few standing columns, particular appearing magnificent at sunset project a romantic vibe thanks to its story as a gift of love from Marc Anthony to the Egyptian queen Cleopatra.

3: It is easy to get to Manavgat waterfalls

Manavgat, a neighbouring district of Side is a traditional farming town unaffected by tourism yet many people travel there to see the scenic waterfalls. The low height of the waterfall may cause some people to call it unspectacular, yet it has a wide outlet that provides the wow factor. Mighty rushing water over the unmovable stones produces a white froth that on hot summer days gives off a refreshing temperature, while shaded tea gardens surrounding the fall also highlight its reputation as an ideal place to chill out and relax. 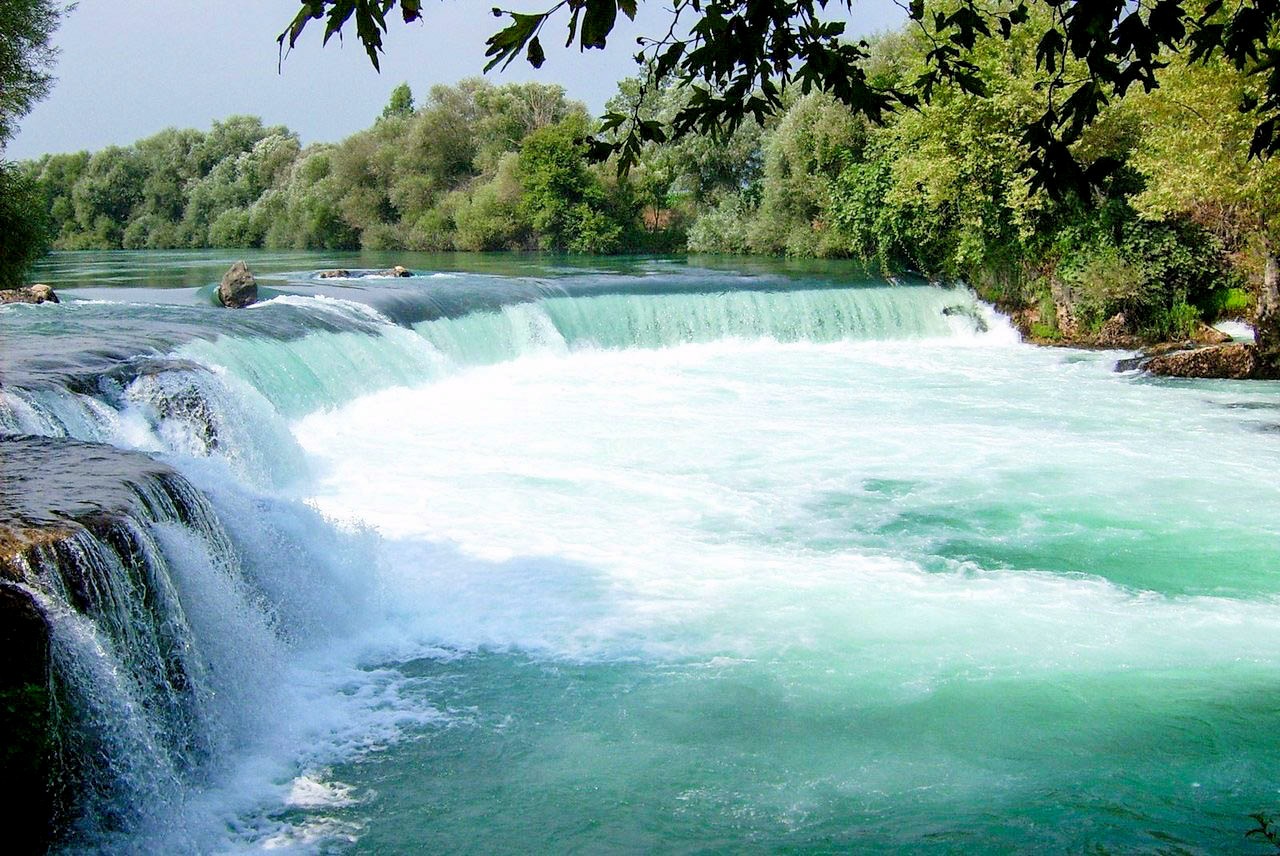 4: It'ss a great base from which to explore the area

Side’s position sitting near the main coastal D400 road makes it easy to get around and explore nearby attractions and resorts. Golf lovers drive just 45 minutes west to reach Turkey’s golfing capital that is Belek. As home to luxurious golfing villas and green courses, it has hosted in luxurious style, some of the world’s most famous players including Tiger Woods.

A 1-hour drive in the opposite direction, Alanya, home to the famous Red Castle and Cleopatra's beach, is the most popular holiday resort of them all. Alternatively, if you don’t mind crowds, famous landmarks in Antalya’s bustling city centre include Kaleici, aka the old town, Duden waterfalls, and the 3 kilometres of sand at Konyaalti beach. A hire car makes getting about to other neighbouring attractions and coastal resorts accessible, but local public transport is also cheap and frequent. 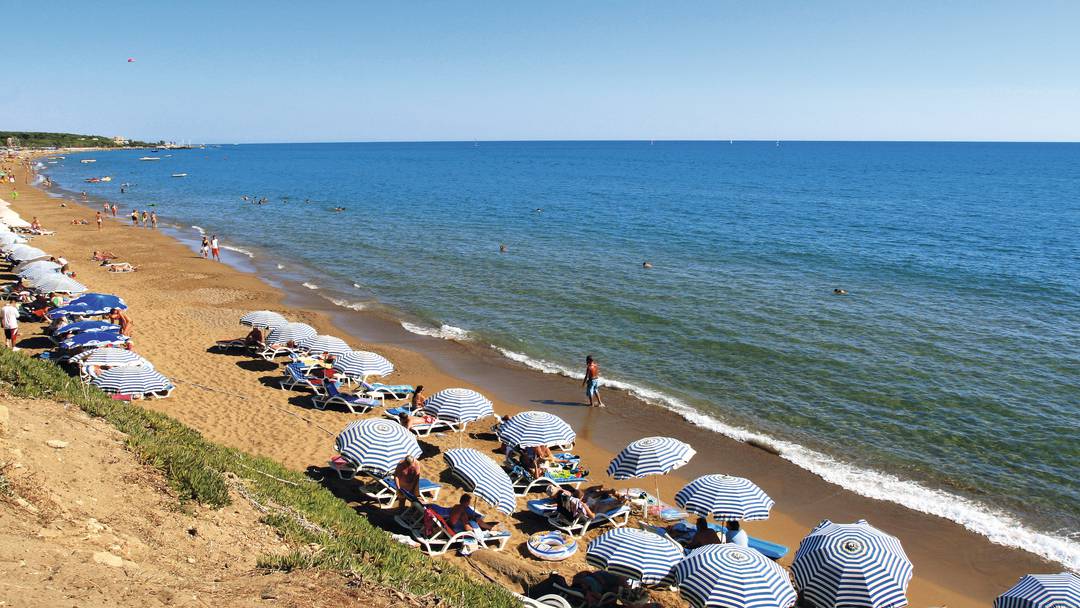 5: The harbour is a great place to hang out

What can you do if you just want to relax and soak up sunny Mediterranean vibes? Head down to the harbour, otherwise known as the old part of town. Maintaining vibes from its sleepy fishing village past, harbourside restaurants and cafes defining traditional Mediterranean vibes sit in front of small and large docked in boats. Naturally, fish dishes and seafood in these restaurants are a speciality, and when combined with the summer evening alfresco dining theme, couples enjoy the romantic edge. In the mornings, though, this is also the place to board the daily boats trips that also head to the previously mentioned Manavgat waterfalls. 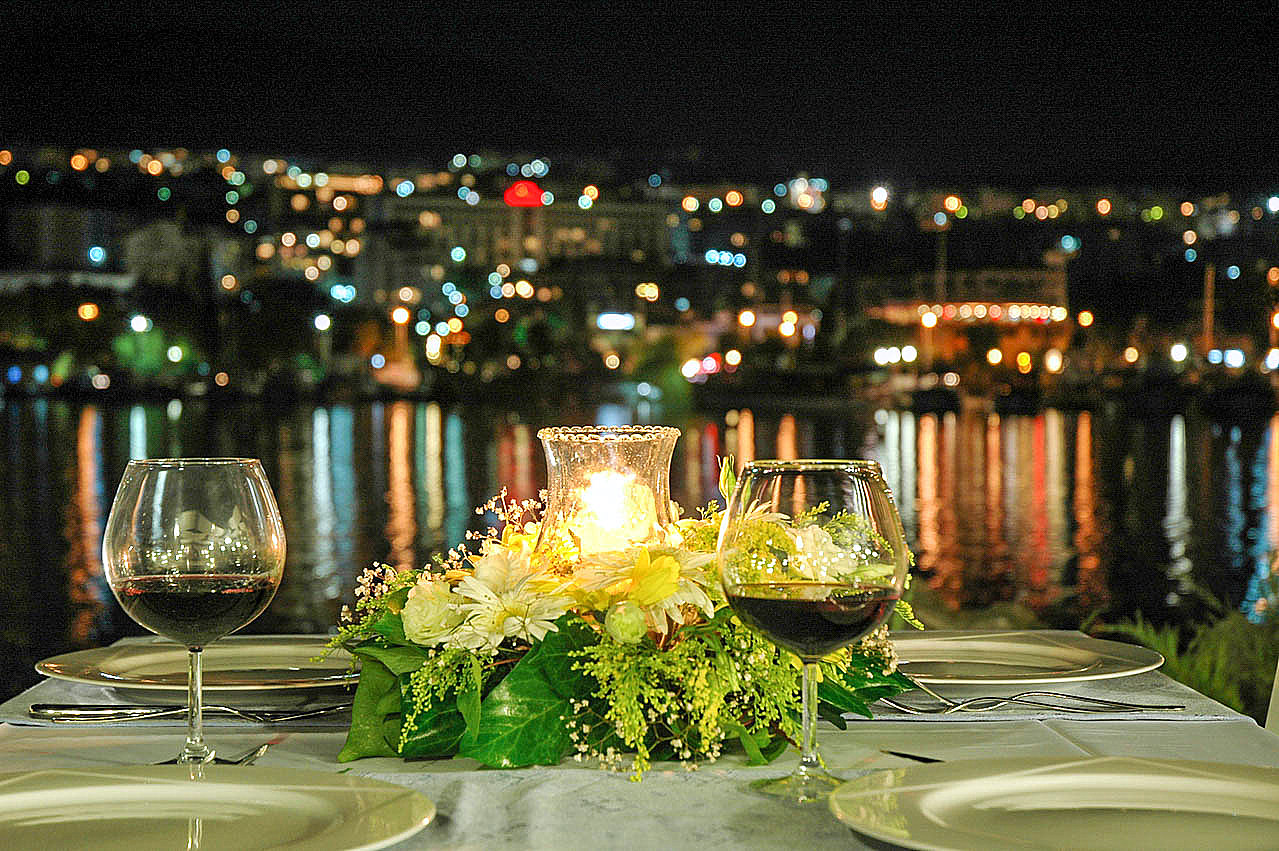 6: There is a mass of hotels, bars, and restaurants to choose from

Thanks to the region’s dedication to tourism and hospitality, visitors can choose from an overwhelming collections of hotels; large and small. From small room-only pensions to all-inclusive holiday resorts, budget, and luxury, holidaymakers are quickly taken care of. If you book B&B or room only, dining out is cheap and affordable, while family entertainment happens most nights in bars of the touristic areas. Local citizens of Side take their trade seriously, and this is evident from the amount of loyal holidaymakers who return year after year to their favourite Turkish coastal resort.

Further Reading: Side belongs to the Antalya region of Turkey, and you might like to read our destination guide about the area. Featuring locations, tips and things to do, it highlights the diversity and exciting aspects of living and holidaying there.

Stunning apartments in Turkey for sale that come with an excellent rental potential for those investors amongst you. Perfect to be used as a summer holiday home or as a getaway Turkish property due to it's location close to one of the nations most loved beaches.

These large and spacious penthouse apartments are designed to impress, and impress they certainly do. The main central selling point is the huge swimming pool right in the middle of the complex. They are sold as part furnished to make your move to Turkey smooth and easy.

These apartment villas are simply gorgeous both inside and outside. The brand new and sleek design will leave you in awe when you first set eyes upon this masterpiece found in Side. Turkish real estate doesn't get much better than this one, and with a superb price tag, too.

2
sq.m
$198,800
Quick Enquire
Apartment
Apart villa in Side with private garden and pool

The flawless design of these luxury apartments has been done in such a way, that every unit benefits from maximum privacy allowed. These are some of the best homes you will find for sale in Side and are offered fully furnished - all in all, a superb deal indeed.