Istanbul’s Ataturk and Sabiha Gokcen airports have transferred 6000 passengers to hotels and distributed 20,000 meals after flights were grounded, leaving travellers stranded at airports. Ataturk Airport is a major hub for international and transit flights around the region, which meant not only visitors to Turkey were affected. 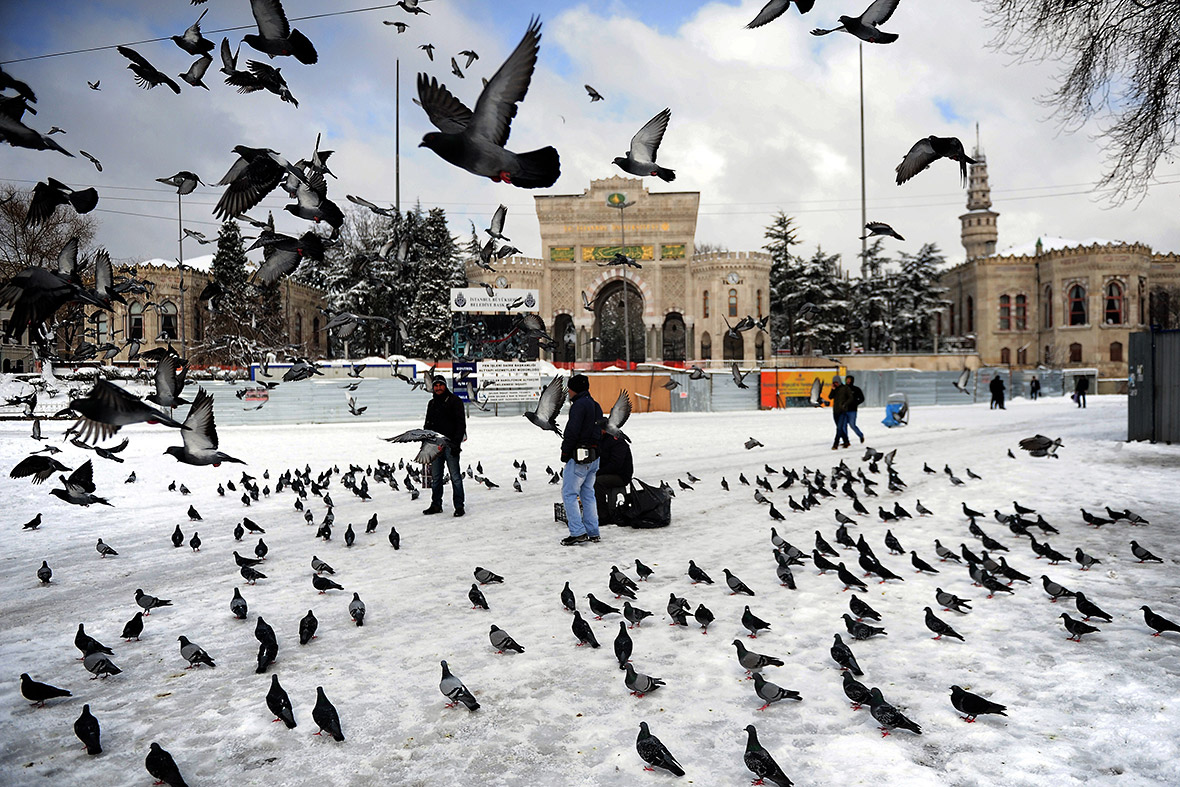 Snow crews at the airports are working around the clock to clear runways and roads, and will continue over the weekend to avoid further delays.

Most of the country is steeling itself for cold weather this weekend and through to the middle of next week after met predictions of temperatures 10 to 15 degrees lower than the seasonal average.

Northwestern parts of Turkey will be hit first, followed by the Aegean, Western Black Sea and Anatolian provinces.

The meteorology office has warned that the city can expect 40 centimetres of snow, and warned residents and visitors against icy roads and cold conditions. 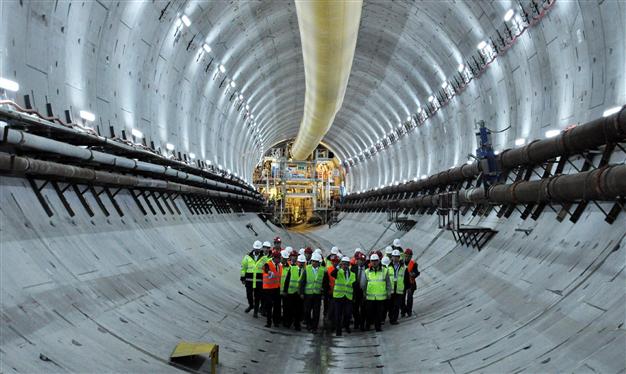 The Eurasia Tunnel is now open, linking the Asian and European continents beneath the Marmara seabed.

Built over the course of four years, the tunnel is part of a huge infrastructure push which has seen 19,000 kilometres of roads, tunnels and bridges built in the last 14 years.

The 3.4km tunnel, which is the deepest in the world at a depth of 105 metres, will ease traffic congestion for the 120,000 vehicles each day which are set to pass through it from Kazlicesme to Goztepe, saving millions of dollars worth of fuel and save 52 million hours of traffic time - a huge concern for commuters travelling to the traffic-clogged city centre.

Following the tunnel’s completion, President Erdogan’s thoughts are turning to the city’s next mega project: Canal Istanbul, an artificial sea-level waterway connecting the Black Sea to the Sea of Marmara, forming an island between the Asian and European sides of the city.

Underwater walkway set to convey foot passengers across the Bosphorus

An underwater walkway is also in the works, a venture that will allow pedestrians easy access between the two sides of the Bosphorus.

The two-storey tunnel, set to span between the Kabatas district of the European side and the Uskudar district on the Asian side, will have a walkway and a bicycle lane 20m beneath sea level. The distance is fairly long, but it seems moving walkways will facilitate on-foot travel.

The tunnel will provide an option for impatient travellers wishing to cross the Bosphorus who don’t want to be stuck on the metro or idling in traffic on a bus.

Many residents have expressed skepticism at the idea, although others say they’d use the tunnel - providing there was a view of sorts so they wouldn’t be left staring at 2km of concrete walls.

Work is expected to begin in March, with the tunnel’s completion tipped for 2019.

The Turkish Lira dropped to an all-time low against the dollar last week, falling to 3.64 against the US currency.

Analysts voiced concerns about a potential rise in pressure over the Central Bank to cut rates although the inflation rate has been rising.

Analysts also pointed out that rising political and geopolitical concerns have put the currency under more pressure.

Concerns over a slowdown in the economy, and plans for Erdogan’s executive presidency are also undermining confidence, and many analysts are worried that tourism, a key part of Turkey’s economy, will not recover this year.

However, a top analyst at HSBC said there is no guarantee as to the outlook.

“The market has retained this pinch of salt as regards the outlook: There are too many uncertainties to draw a strong conclusion at this point.”