Property Turkey Blog Why Yalikavak is ideal for property Investment

Why Yalikavak is ideal for property Investment

Yalikavak on the Aegean coast of Turkey was for many years, a sleepy fishing village hidden from the outside world. Then mainstream tourism took off, and it received the attention of major UK travel companies who sold masses of cheap package holidays to families and groups of friends. That’s not the end of the story though because roughly 15 years ago, Turkey changed its real estate law and for the first time, foreigners were legally able to buy property. Since prices were incredibly low, buyers flocked to the country and many of them purchased in Yalikavak. It was then and still is now, in the spotlight for overseas buyers wishing to invest in Turkey. Let’s look at the reasons why. 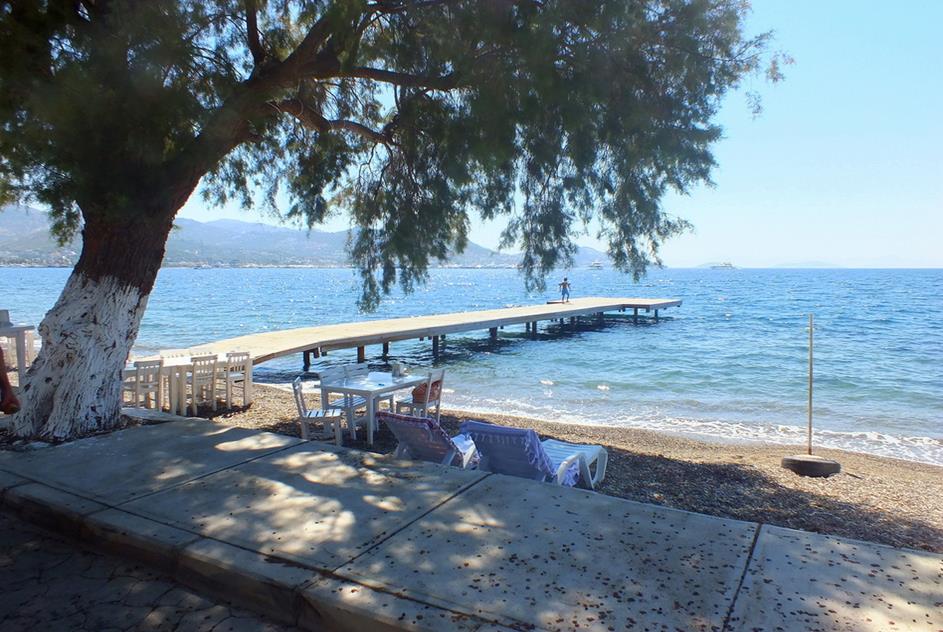 Thanks to the glory days of Yalikavak being a holiday haven, tourism is one of the major trades for the region so locals speak English fluently. This not only makes buying a property easy, but also helps with daily living in shops, bars, and restaurants. For the odd occasions in official capacities, translators living in the resort are available to hire on an hourly basis. Yalikavak is one of the places in Turkey where you can easily live without knowing the Turkish language, so a large number of expats have chosen to relocate in the seaside resort.

You can hang out on the Turkish Riviera

As well as being a popular coastal resort for package holidays, Yalikavak taps into another market that is the Turkish Riviera. Running from the north Aegean coast round to the eastern tip of the Mediterranean, the Turkish Riviera is a multi-million-pound business operating charter and private cruises of the Turkish coast and surrounding Greek islands.

Known as Blue Voyage cruising routes, people hire boats or rent a cabin to take them to various destinations, but Yalikavak takes the concept one step further. As well as accommodating traditional Turkish gulet boats, it built an excellent state-of-the-art marina that holds mega yachts of the world. The Palm Marina is the only one in Turkey to do this, therefore attracting wealthy and influential visitors to the resort. With a helicopter landing pad, boutique shops and restaurants employing the best chefs from around the world, it knows how to provide luxury and quality services. 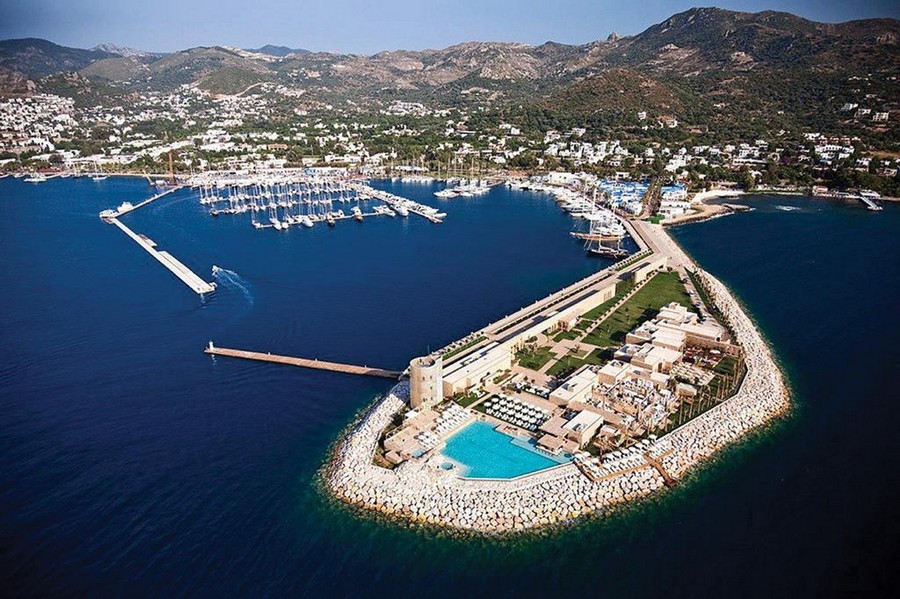 You can enjoy Bodrum's bohemian vibe

Yalikavak is a small part of the larger Bodrum peninsula, known throughout Turkey for being one of the first places to adopt Western and international trends. During the 60s and 70s, Turkish artists, writers, and photographers adored Bodrum, and the lure spread worldwide enticing famous celebrities like Marie Curie, Michael Douglas, Tom Hanks, and Kate Moss.

Many wealthy Turks own Bodrum villas or apartments, or have retired to the area and it is known in the hospitality industry for being a forward thinker. That aside it is also one of the most popular holiday destinations for British holidaymakers. With its calm ambiance, and ability to accommodate everyone’s needs, Bodrum steps out of the box to embrace global trends and diversity. That makes it one of the hottest and most favourite places on the Aegean coast of Turkey. 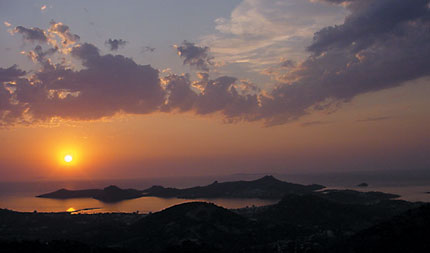 You get to indulge in Turkish culture and traditions

So up until this point, reading the above, you could be mistaken for thinking that Yalikavak has entirely thrown away its culture heritage, but it hasn’t. On the outskirts of Yalikavak, the small old village of Gokcebel is a traditional, sleepy Aegean village and perfect for anyone who wants to steer away from the glamor and Ritz of the sailing scene.

The weekly Yalikavak market is also a focal point of Turkish social life, with its enormous variety of tasty and organic fruit and vegetables. Restaurants in the old part of town, near the harbor, serve traditional Turkish cuisine, and there are plenty of opportunities to mingle with the locals in everyday situations. That’s the great thing about Yalikavak, in that you can have the best part of both worlds depending on what your choices are for that day. 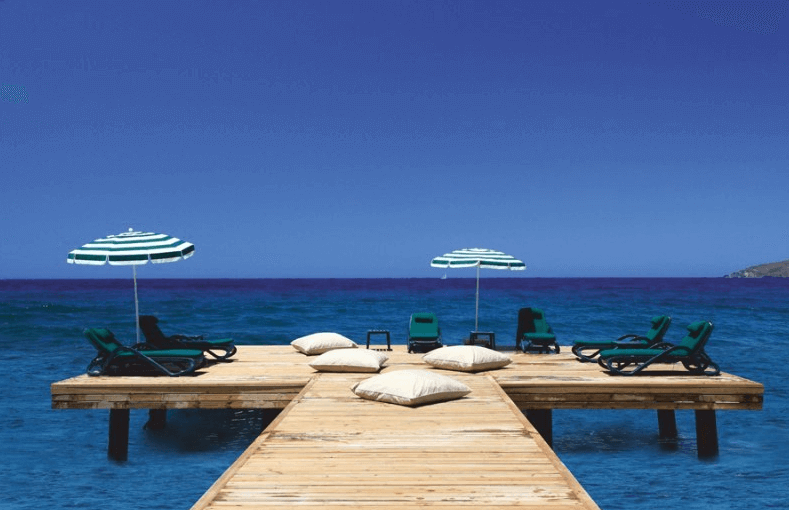 You can choose from traditional Turkish or cutting-edge modern properties

$275,200
2
2
Bodrum
Naturally, with its subtle combination of old and new, potential buyers have an extensive property portfolio to choose from, whether you're seeking a uniquely Bodrum Turkish villa or apartment. Stone houses portray the traditional architecture of the Bodrum peninsula and this renovated two-bedroom villa in the small district of Gurece is a typical example. One of its focal features is the ground floor outdoor terrace, to indulge in the summer time Aegean trend of alfresco dining.

$4,990,000
5
6
Bodrum
Alternatively, Yalikavak is also attracting the big name architects and Richard Meier, who is internationally famous for his use of white geometric shapes, designed this innovative seven-bedroom house sitting in a generous 5000 square metres of land . The architecture fits in well with its minimalist style and high ceilings, but the wow point is the amazing coastline views that Meier has designed the house around.

$POA
5
6
Bodrum
Some properties have also been carefully designed to incorporate old and new, traditional and modern such as these five-bedroom villas to be built with local Hekikm Koy stones and vaulted wooden beam ceilings. Advanced features to be incorporated though include en-suite bathrooms, sauna, hobby and fitness rooms, underfloor heating and private swimming pool. The subtle blend lends itself to the best of both worlds when investing in Turkish property.

Yalikavak property prices start at roughly £95,000, allowing plenty of scope for potential buyers to find their dream home. See our full range of property for sale in Yalikavak here.