Why Turkish Soups are the Best in the World

Food is much more than an afterthought or way to kill the hunger pains. It is an expression of cultures and a personalised experience. While the French enjoy fine cuisine, Brits prefer hearty grub. Indians garner international fame for spicy, savoury dishes to make you gasp and Italians indulge in a healthy dose of carbohydrates through their love for pasta. Turks, however, have mastered the simple art of combining the simplest of ingredients to produce the most satisfying dishes, and their choice of more than 300 soup recipes are perfect examples. Eaten as a snack, starter, or main course, we think Turkish soups are the best in the world and here are six reasons why. 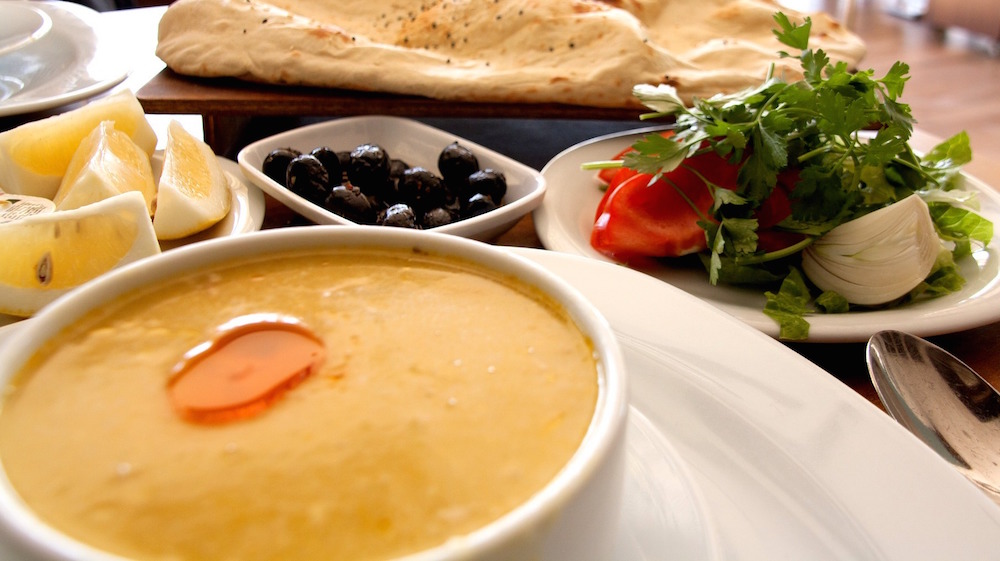 Most supermarkets sell ready packets of soups for convenience, when speed and time is of the essence. However, Turks who genuinely love their food, insist on making soups from scratch with only the best and freshest of ingredients. Hence, cooks dedicate entire books to the simple meal, and all Turkish homemakers who know their way around a kitchen can recite numerous recipes from memory. In a country where fast food struggles to replace the pleasure of homemade cooking, soup is still at the heart of hospitality to family, friends, and strangers.

Some Recipes Stem from Traditions and Urban Legends

In Turkey, names of objects, food, and even people reflect its characteristics. Likewise many urban legends stem from village tales of people past and present. Certain soups reflect both of these traditions. Ezogelin Corbasi, which translates into bride’s soup, is the sad love story of a beautiful young woman who bore nine children through two marriages. The dish reflects uncertainty of love, and eternal bonds seemingly for no reason at all. Also, Dugun Corbasi is the main meal at rural village weddings because it is a cost saving way to feed all the guests on a budget.

While lentil soup is probably the most widely consumed version all over the country, regional flavours garner an equal amount of local admiration, mainly because of easy access to ingredients. Turks know how to make use of the land and ingredients to combine local classic dishes. The south-east, famous for Paca Soup that is boiled sheep’s heads served with a healthy dose of garlic and chilli peppers, cultivates its culinary traditions from a relatively dry summer climate and cold winters.

Alternatively, head north to the Black Sea region, one of the most fertile in the country, and vegetables are in abundance, so cabbage often becomes the focal ingredient. Likewise, being coast side, Turks even serve hamsi (anchovy) soup to the table as a tasty staple dish. Going away from the coastline into the green plateaus of the Kackar Mountains, dairy products of eggs, yoghurt, and butter are firm ingredients of their Highland Yayla soup.

Ideal for Budget Travellers and Vegetarians

Eating Turkish soup in any traditional restaurant is incredibly cheap but at the same time fills the stomach. Often served with a cheese bread and small helping of salad, huge portions kill hunger pains, and for anyone travelling on a budget, this is a great cost saving technique. Likewise, vegetarians can also tap into the vast range of vegetable soups available such as lentil, and tomatoes, especially if you are travelling in the fertile Northeast region.

British people often say a good fry up cures a hangover, but Turks want prevention rather than cure and after bars, and nightclubs close their doors, partygoers head to 24-hour restaurants for a hearty bowl of soup. They believe soup fills the stomach, absorbs alcohol and partygoers wake up in the morning without the sore head and sick feeling. Opt for the lentil or tripe soup for maximum effect, but any flavour will do.

A Tasty Alternative to a Traditional Turkish Breakfast

The traditional Turkish breakfast is most certainly welcome in summer. Tomatoes, cucumbers, eggs, and olive are perfect in hot weather, but during winter, people sometimes want an alternative, and they turn to the simple soup. This time-honored Ottoman tradition was the staple breakfast throughout history, before the version we eat now, took over in popularity. Some parts of Turkey are freezing during winter, and the warmth of soup sets a man up for the day. Likewise, the surprisingly simple dish kills hunger pains and fuels anyone up for a hard day’s work 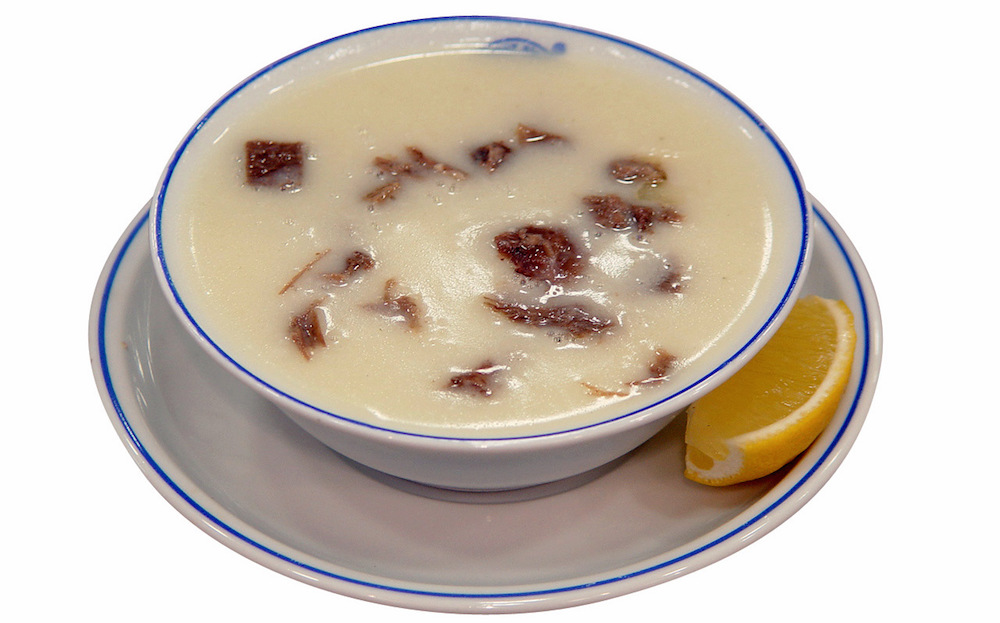 So if we have tempted you to dive into the culinary world of Turkish soups, here are our favourite varieties to try. Whether you search for a recipe online or try them in a traditional Turkish restaurant, you will discover why we are hard-core fans of it.

Mercimek: By far, the most widely consumed soup by Turks is Mercimek that is simply lentil. Sprinkle a healthy dose of chilli peppers and ground garlic to add an extra kick on your taste buds.

Ezogelin: A slight variation of the soup mentioned above because the main ingredients are red lentils and bulgur. Ezogelin originates from the southwestern region of Gaziantep, a food lover’s paradise because of the variety of flavours.

Domatoes: People with simple taste buds should opt for a freshly made tomato soup that is also deliciously creamy. Along with bread and salad, restaurants often serve a small bowl of grated cheese to sprinkle on top, which turns into a melted and delicious accompaniment.

Iskembe: Normally, foreigners shy away from eating this soup because the main ingredient is tripe. In what many westerners class as the poor man’s food of years gone by, Turks love Iskembe as a staple ingredient of soup.

Kelle Paca: Likewise, most foreigners avoid Kelle Paca soup, but we like it, especially with a good sprinkling of garlic. The boiled sheep’s head in broth and eaten with bread and salad is one of our favourite meals when we are on a budget but want something hearty. 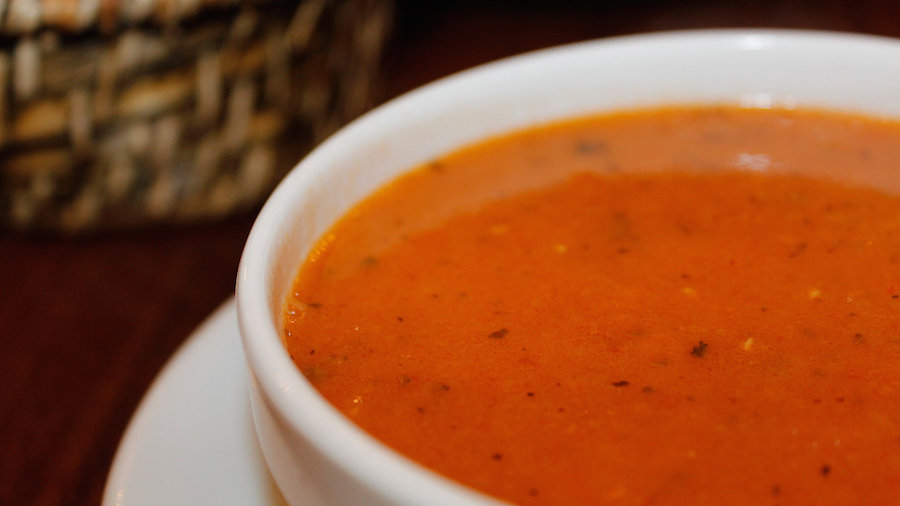