Why the Bursa UNESCO World Heritage Site Stand Out 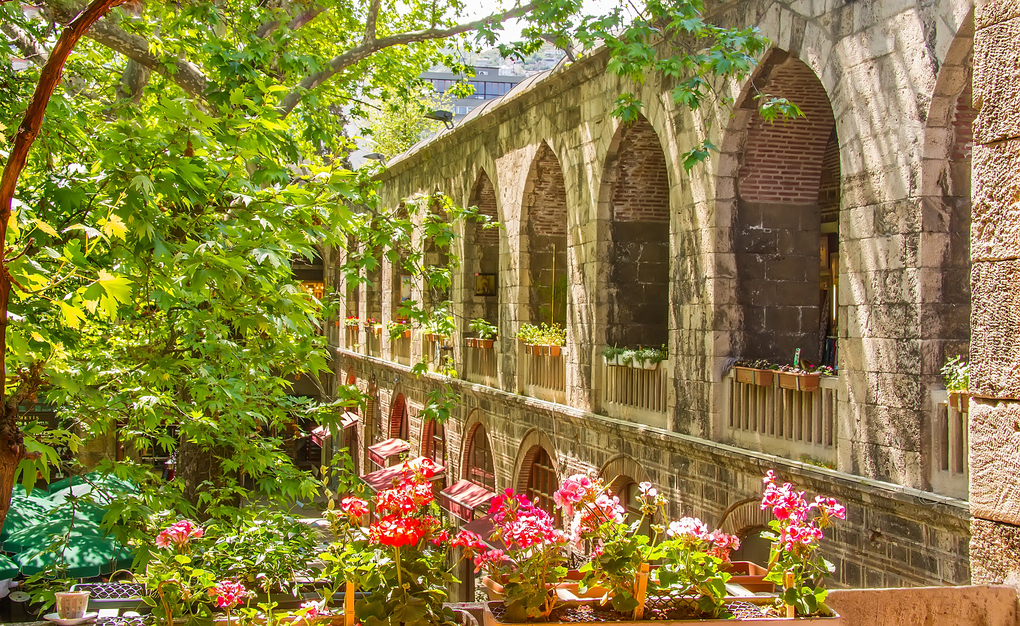 For any avid history and culture fan, the Bursa UNESCO sites are one of the most exciting to visit. Containing many buildings of various architecture, they reflect a bygone era still respected today all over Turkey. The UNESCO World Heritage Site of Bursa Include the Hanlar, Hudavendigar, Yildrim, Yesil, and Muradiye complexes, Osman Gazi Tomb, and picturesque Cumalikizik village. Gaining this prestigious status in 2017, in years to follow, the addition boosted Bursa's position on the international travel scene. Bringing in people from near and far, they never fail to amaze and for excellent reasons.

Bursa, the Ottoman Empire's first ruling capital is of universal value for people to understand the prior days of an empire that would later rule half the world. It was no effortless task to get the UNESCO sites accepted either. The local council first submitted applications in 2000, but approval was not granted until 17 years later. Called “Bursa and Cumalikizik” on the list, the local council has confirmed their intention to honour the status. Their statement said….

"We bear awareness and responsibility to keep the city's values more protected, developed and functional. We will continue our efforts with all the public institutions and organisations, NGOs and citizens to carry our city's values even better and better and to promote them in the best way possible. After that, the important thing is to ensure sustainability."

Their work includes a commitment to social cultural and scientific studies, protecting historical and cultural heritage for the future, and to ensure today's youth take part in preservation. Given the local council’s commitment, it is worth visiting the sites to find out just why so much effort has gone into their protection. Let's look at what they are.

Bursa UNESCO Sites That Everyone Should Visit

Cumalikizik village gains its status because it reflects early rural Ottoman architecture. Houses line each side of narrow cobbled streets, and in the village square, a market becomes the community's focal point for one day a week. Otherwise, locals have used their traditional home baking and cookery skills to sell delicious, traditional food to visitors. Ask any local from Bursa and they will tell you the best Turkish breakfast is sold in Cumalikizik. One converted house is an ethnography museum, while another is a hostel. Out of 270 original dwellings, 180 are still in use by locals. There are also two distinct styles, most notably seen a courtyard leading from the principal street. 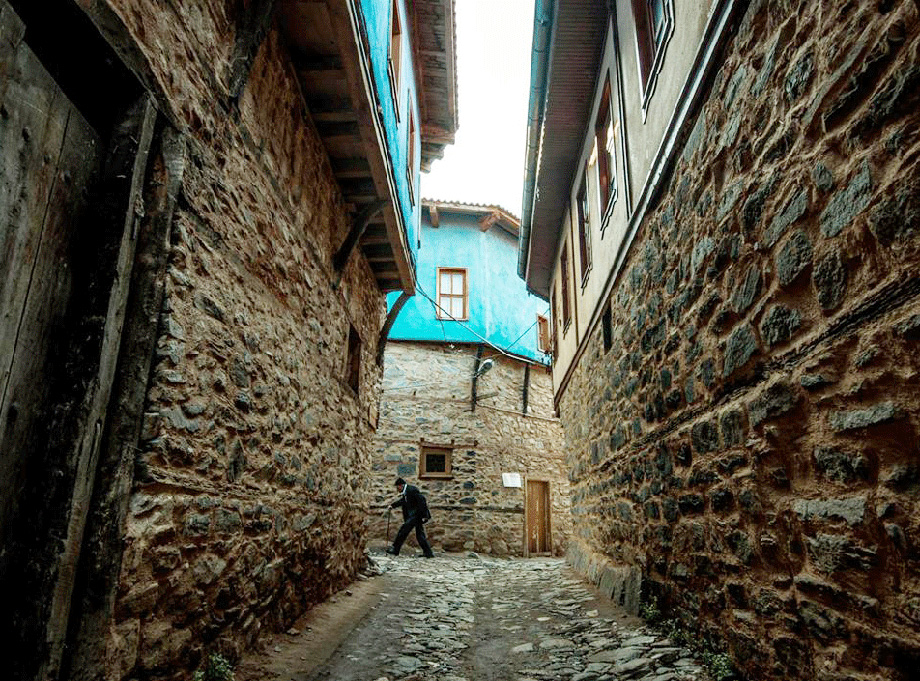 Named after the Ottoman sultan, this collection of buildings is called a kulliyesi in Turkish. It acted as a centre for the poor by providing essential services like kitchens, medical, schooling and prayer facilities. This complex, was specific to the Ottoman era, and is no longer built these days, hence its inclusion into UNESCO. Buildings within Murad complex include the old Turkish bath, tomb, and mosque. There are also nearby places for refreshments and relaxation.

Also acting as a kulliyesi, and likewise commissioned by the sultan Murad, this complex is named after the area it is within. At one time, besides the kulliyesi, it also earned fame as a centre of excellence for silk production. Buildings to tour include three museums, old factories, houses, tombs, and mosques. If history is also your passion, the archaeology museum is a brief walk away.

Named after the Sultan Orhan Gazi, this one will interest visitors because of its central location and because the Koza Han, and major bazaar area are still in use. The bazaar is quite a surreal experience as you wander in and out of historical stalls, and chat to the vendors, some of which have kept the same trade in their families for decades. This is a grand place to shop for souvenirs, and a must-visit nearby is the Ulu Cami, the grand old mosque that is one of a kind because of twenty domes on the roof. Also see the Orhan Gazi tomb. 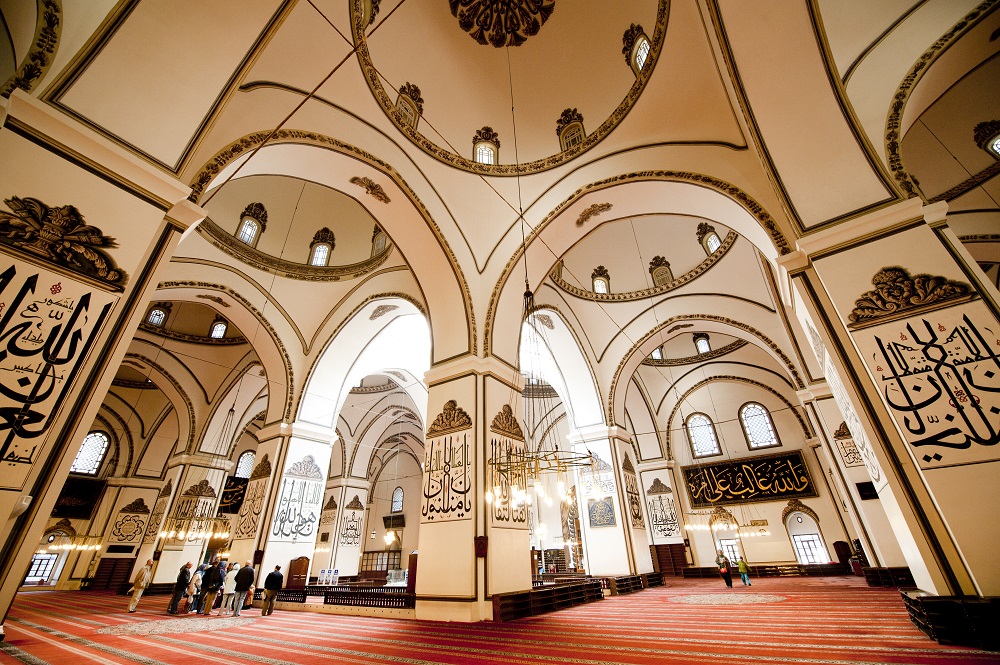 5: Yesil Complex and Tomb of Bursa

One of Bursa's main recognisable landmarks is the grand mosque, and the other is the green tomb that displays architectural style, artistic values, and historical importance all at the same time. Places to wander around nearby include old houses, antique shops, artisans' studios, and souvenir shops. The Yesil complex is close to the Orhan Gazi complex and bazaar so you can see them all in one day. Nearby tea shops also serve refreshments. 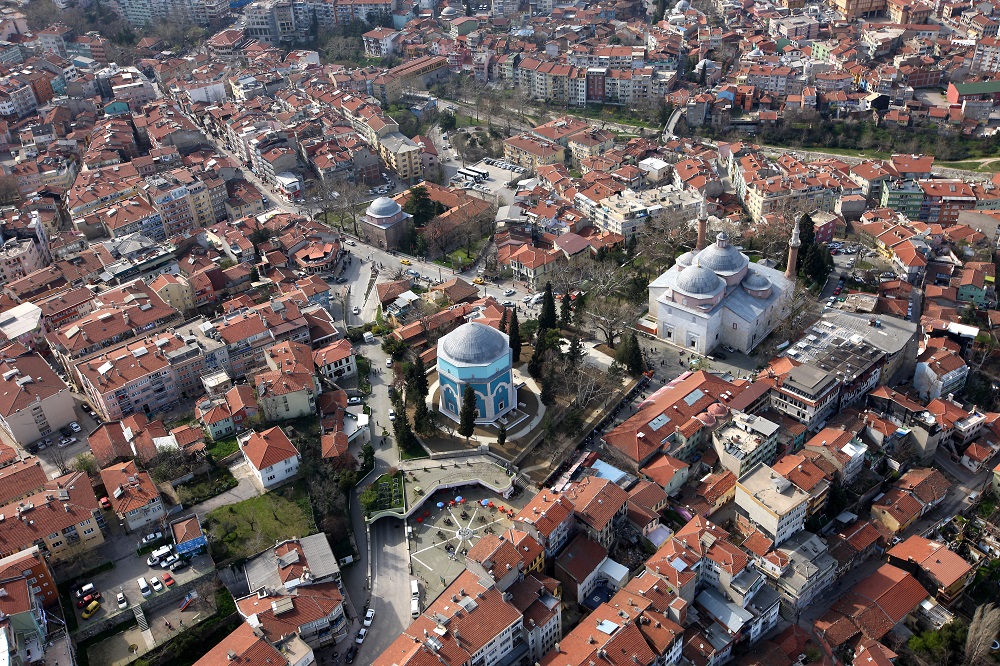 Sitting near Karadavut street and the cable car ride to Uludag in Bursa, this is an excellent place to rest from the sun's full heat because of lime trees at every turn. It is also unique because the Turkish bath is still open today, and this is another chance to experience a traditional Turkish custom.

The Bursa UNESCO sites are not the only reason to visit this city and province of the same name. There is much more to it than historical treasures because Bursa also carries the name Green Bursa thanks to many sites of natural beauty. The regional cuisine, local springs, and skiing are other reasons to visit, and you can read about them in our article is Bursa worth visiting?

Unexplored Places in Turkey: For many travellers these days, the unexplored places are the ones to put on their bucket list. From underrated cities to historical sites and natural beauty, there are plenty of places in Turkey that remain off the beaten track, even in well-trodden Aegean and Mediterranean tourist resorts. Here are our suggestions of where to go and what to do, to see Turkey away from the crowds.