Whether you’re planning your first visit to the beautiful city of Istanbul, own an Istanbul property or have frequented the Turkish city of a number of occasions in the past, you’re probably aware of the many fountains that lie around every corner.

There were originally well over 1,000 fountains across the city, however due to neglect, this number has reduced dramatically to around 400. However, each of the fountains that remain have kept their own qualities and characteristics remarkably well.

Many of the fountains were provided by the pasha wives from the time of the Ottoman Empire, which reigned from 1453 until 1922. These historic fountains were often built alongside mosques, to allow those going to prayer to cleanse before and after. Not only that, they were also created as a charitable donation to the people of Istanbul, offering clean water to everyone in the city.

Not only are these fountains worthwhile for their practical assets, their stunningly detailed architecture adds even more beauty to this gorgeous destination. Discover more about 7 of our favourite fountains throughout Istanbul. We’re sure you’ll want to visit them yourselves to admire their beauty and significance.

Head to the district of Üsküdar, where along the main street you will find the Ahmet III fountain. This particular fountain was built by the Ottoman Sultan, Ahmet III back in 1728. It is considered one of the most beguiling fountains throughout Istanbul, due to its polygonal shape and floral patterns.

Its architecture is enhanced further with Ahmet III’s own wording, along with particular verses picked out from the poets Shakir, Nedim and Rahmi. It’s a particular favourite amongst visitors and locals alike. 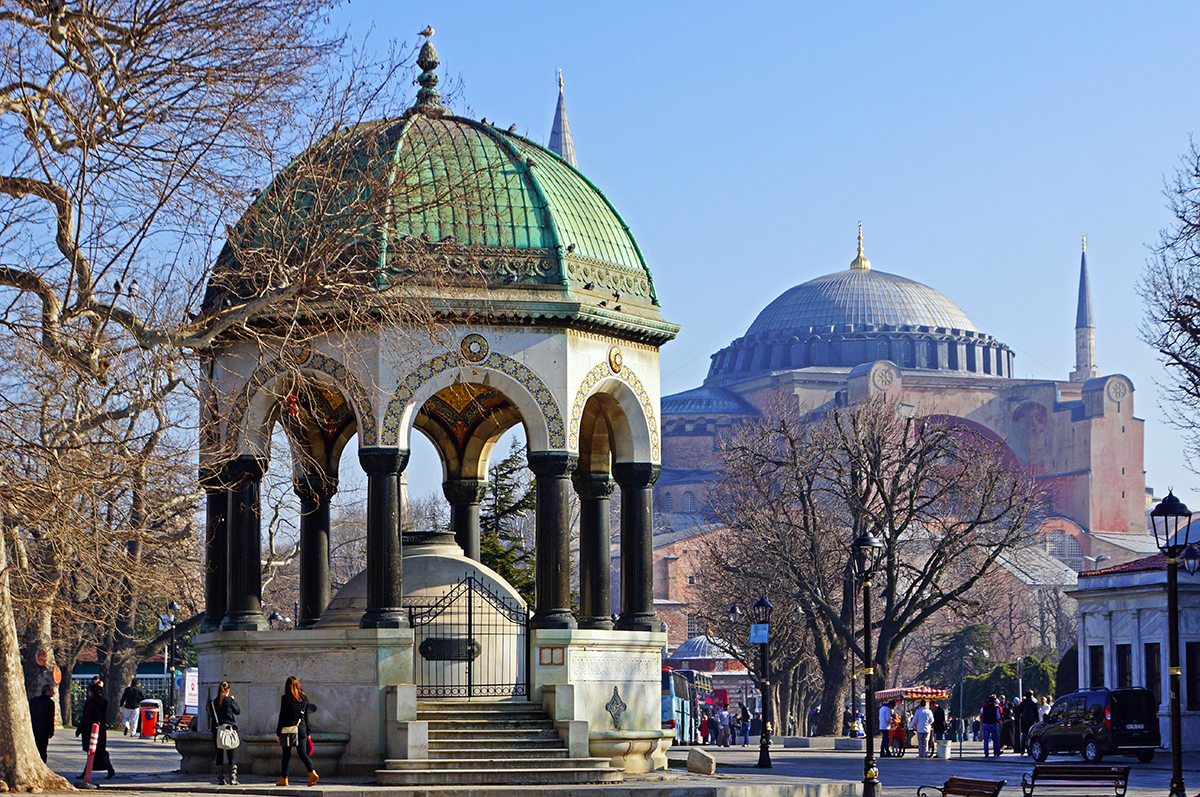 Also known as the Alman Çeşmesi to the locals, this particular fountain was originally built in Germany to commemorate the visit of Emperor Wilhelm II to Istanbul. The fountain was later delivered to Istanbul in 1900 where it remains as a popular attraction thanks to its beautiful architecture.

Its gazebo shaped appearance is paired with gold mosaics and 8 marble pillars that together, make this fountain a sight to behold. Look out for the plaque with a thanks from the Emperor himself, for a memorable visit to the Ottoman Sultan Abdülhamid II. 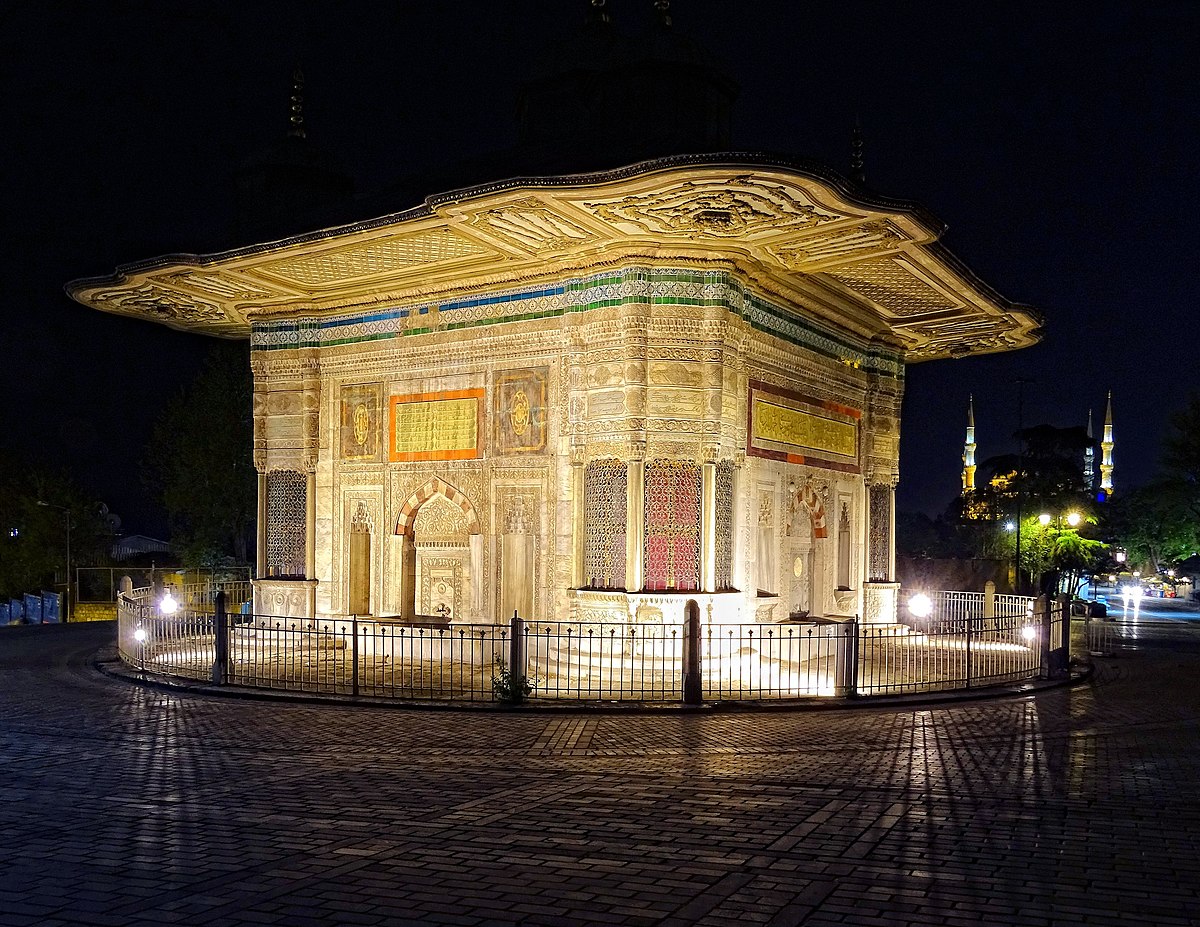 If you visit the fascinating neighbourhood of Sultanahmet during your visit to Istanbul, you’ll be pleasantly surprised by the III Ahmet Sebil fountain. Situated at the forefront of Topkapi Palace at Ayasofya Square, this fountain is named after the Ottoman Sultan who built it back in 1728.

The fountain itself offers a wealth of architecture wonder, from the hand-painted vases to the ornamental beauty of the roof’s underside. You’ll also see an abundance of floral motifs along with the traditional Islamic decoration known as muqarnas.

The fountain’s design marks a change from classic architecture throughout the city to Baroque, which came from a growing western influence during the peak years of the Ottoman Empire.

Whilst in the area, head to the Hagia Sophia museum where you will find another outstanding fountain built in true Ottoman style. The Ablution Fountain, often referred to as the Hagia Sophia Fountain, is one of the largest fountains in the city and considered one of the most stunning, too.

Built by the Sultan Mahmud I, the architecture displays a fountain made of 16 pieces and bronze taps positioned within the middle. Over the taps lies a bronze banner with the translation “we have created everything from water”. Covering the fountain itself is a dome that is held up with eight marble columns. This fountain is absolute must-see during your time in Istanbul. 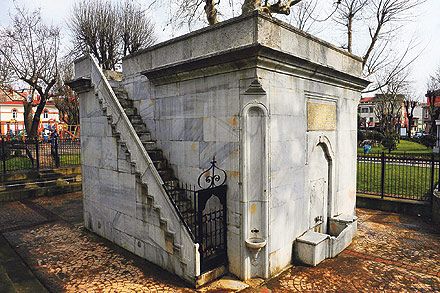 The Esma Sultan fountain situated in Kadirga Square of Istanbul, has a unique history that’s celebrated by locals and tourists alike. The fountain and the open air terrace for praying were both built by Esma Sultan, in 1781. She was the daughter of Sultan Ahmet III.

Esma built the fountain and the terrace, also known as a namazgah, for travellers to make use of as they passed through the city. Whilst the architecture itself isn’t as grand as some other fountains you will find throughout Istanbul, its story is one that’s quite unique, celebrating the generosity of the locals during the Ottoman era. 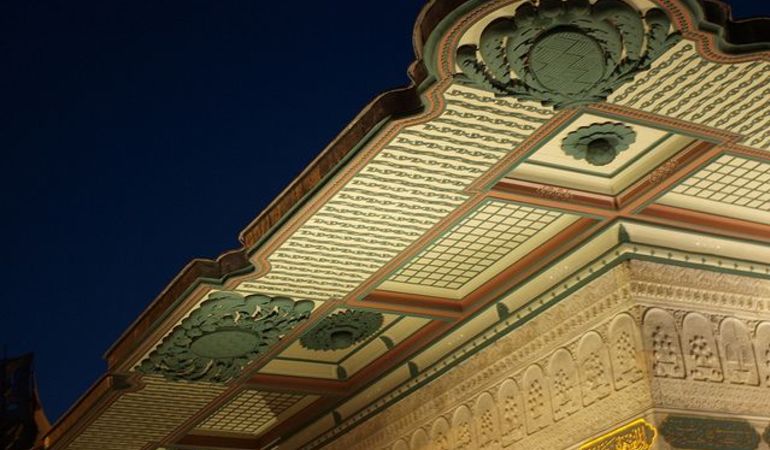 A visit to Tophan Square in Beyoglu, Istanbul, will offer up the chance to see the fountain built on request of Sultan Mahmut I back in 1732. This fountain is another fantastic representation of the change in architecture preferences from classical to baroque, similarly to that of the III Ahmet Sebil fountain.

The fountain suffered a little dilapidation over the years, however it was brought back to life after a restoration in 2006, funded by a lovely local family. Admire the eaves that pass over you from the fountain’s ceiling, along with the ornate etchings carved into the fountain’s walls.

At the front of Imrahor Mosque on Imrahor Street in Üsküdar sits the Ayşe Sultan fountain. Not quite as dramatic as some of the other fountains highlighted in this list, this particular fountain in considered more charming and quaint, distinctive in its own way.

It was used as a fully functioning fountain to the public in Istanbul up until 1940, however it now remains a popular attraction to those who visit the Mosque, with many pictures being snapped of it on a daily basis.

What’s most appealing about the fountain is the verse that reads “pure water of the fountain of life 1007”. The red and white coloured arch that’s decorated with rosettes is of true Ottoman style architecture and a lovely sight to see.

Of course, these 7 fountains are just a drop in the ocean of the hundreds to be discovered throughout the city of Istanbul. If you’re particularly interested in seeing the fascinating fountains, we would recommend taking the time to visit each of these, however you can expect to be pleasantly surprised by the many others, as you make your way through the streets and squares of this lovely city.