Property Turkey Blog What are the Highest Mountains in Turkey?

What are the Highest Mountains in Turkey?

Whether you are an armchair traveller or avid explorer who enjoys the great outdoors, the highest mountains in Turkey are natural landmarks that easily take your breath away in different ways to the Turkish UNESCO World Heritage sites. Standing tall and proud, jagged mountain ranges line all four corners of the country, from the alpine-like north-east plateaus to snowy peaks of the Taurus range.

Some are easy to navigate thanks to modern transport systems like a cable car, while others remain remote and hardly heard of, except in mountaineering and skiing circles. Whether you plan to ski, hike, go cannoning or just want to admire the stunning landscape scenery, the majestic appearance of all is hard to deny, and their staggering heights make them Mother Nature’s masterpieces. Let’s look at where the tallest mountains in Turkey are, and for those adventure explorers, what they have in store.

The Highest Mountains in Turkey

Christians will already have heard of this Turkish mountain because many Biblical circles say Noah’s ark rested here after the great flood. However, this has sparked debate because the New Testament does not name the mountain but instead says the mountains of Ararat. While Christian archaeologists discovered a large wooden structure, scientists who tested the age of the wood are hesitant to confirm it is the ark. But that is not the only reason avid explorers visit Mount Ararat.

As Turkey’s tallest mountain, standing at 5,137 metres above sea level, mountaineering circles say the landmark is a tough challenge., and given its staggering height; the peaks have a year-round covering of snow and ice. Given the rough terrain and weather climate, authorities say you should only ascend with a qualified guide. 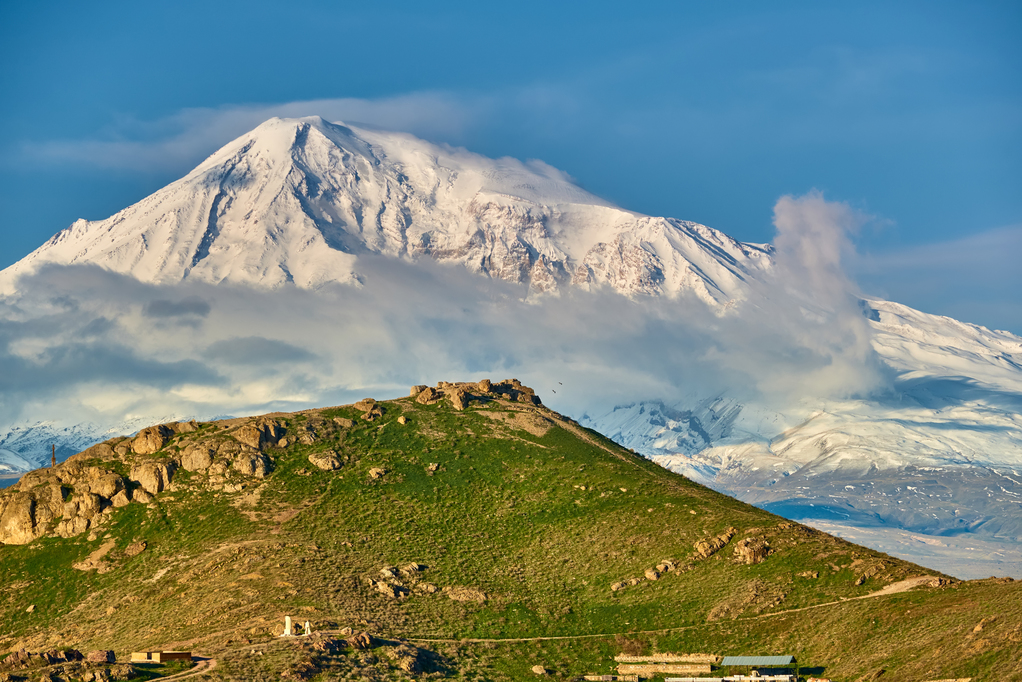 Uludoruk doesn’t have any significant claims to fame like Mount Ararat but has captured scientists’ attention. Many people would not associate Turkey’s hot climate with glacier but thanks to Uludoruk’s staggering height, it has one major glacier, and this is reducing in size every year, because of climate change. Standing at 4,135 metres high, and sitting in the southeastern Hakkari province, it ranks as the second highest mountain in Turkey, but climbers rarely venture there.

First, large number of glaciers makes the terrain difficult to navigate, and skill is needed. Second, the military controls parts of the Cilo Sat range; hence you need climbing permits. Sometimes also called Geliyasin, Uludoruk is also home to plateau migration during the summer months when locals retreat up the mountain for cooler temperatures.

This extinct volcano in the Bitlis region of eastern Turkey sits near Lake Van which is Turkey’s largest lake, so size in this region is all that matters. Climbers say on a cloudless day, the landscape view over the lake is a remarkable sight. While Uludoruk and Mount Ararat attract hardcore climbers, Suphan is easier to climb hence lures in hikers and trekkers, on its east and south faces.

During winter months, four feet of snow cover the landscapes, and in recent years it has attracted heli-skiers, who like to jump out the helicopter before skiing down the mountainside. But once Spring kicks into action, the meadows bloom with flowers and green landscapes. As mountains in Turkey go, this is a must see.

4: Kackar Mountains of the Black Sea

Standing at 3,937 metres, the Kackar mountains of northeast Turkey should be on everyone’s bucket list, regardless of your travel preferences. In lower plateaus, tiny villages like Ayder plateau and Uzungol sit nestled in between domineering hills. While the more avid explorers often head further up the mountain to discover remote villages like Demirkapi with no internet or telephone connections and where locals still build their own houses from wood.

Kackar communities include Turkey’s Laz and Hemsin cultures, and it is here, where Yayla migration is practised the most. Many trekking groups say Kackar offers the best routes and in recent years, heli-skiing has also taken off. Home to the Firtina and Hemsin rivers, expect beautiful waterfalls and a variety of animal species found nowhere else in Turkey, hence why the entire range is a nationally protected park. 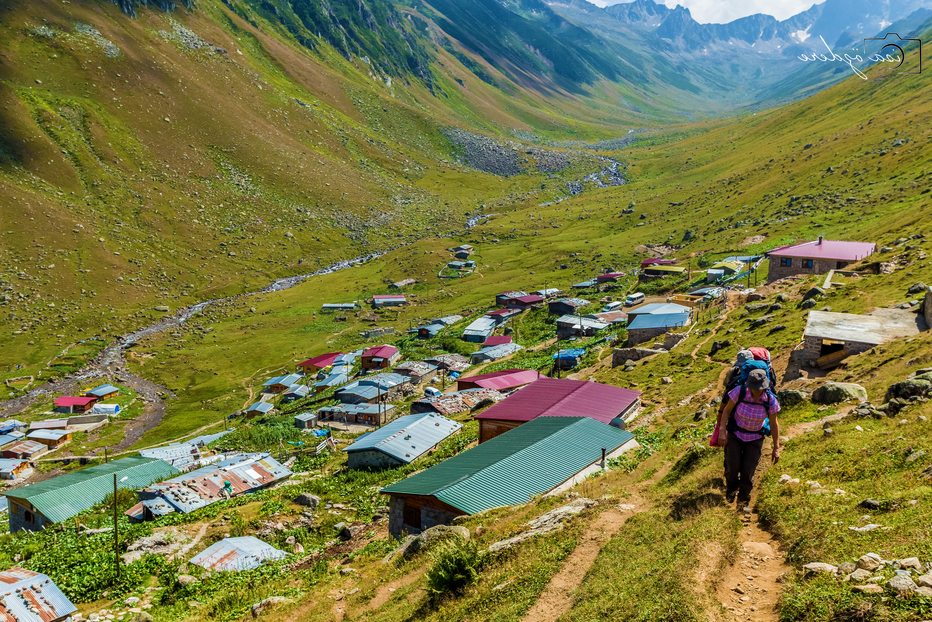 Standing at 3,925 metres, little Ararat is the counterpart and baby of Mount Ararat, the first-mentioned tallest mountain in Turkey. Always check with authorities if you plan to climb it, because it stands near the border with Iran, hence military presence is strong. Called Kucuk Agri in Turkish, this mountain has an almost symmetrical shape when seen from a bird's-eye view.

Book a hotel in Kayseri that faces the right direction, and you can wake up to a stunning view of Mount Erciyes, that you will never forget in your lifetime. Kayseri, the nearest city to Mount Erciyes, has seen more fame thanks to its rising status as a ski and snowboard mecca. Standing at 3,864 metres, it attracts more skiers than hikers but won’t stop you if you want to visit from Spring to Autumn for some outstanding walking trails.

If skiing is your primary purpose to visit, get ready because local authorities have invested 350 million euros into Erciyes ski and snowboard centre. Chairlifts and modern cable cars lead to the way to 34 slopes for skiers of all levels including novice and professional. For overnight accommodation, stay in ski hotels or go urban in city hotels of Kayseri.

Other Famous Mountains in Turkey

Babadag has two summits; one at 1,400 metres and 1,969 metres, and most holidaymakers who visit the Southwestern Fethiye region know of it. Every day, during summer, with weather conditions permitting, novice paragliders ascend to run off the top. Known as the para-gliding hub of western Turkey, its name translates to father mountain.

Meanwhile further along the western coast and sitting in the Antalya region, Mount Tahtali also makes a roaring trade with holidaymakers who travel up in cable cars for a magnificent view over the coastline and backing Taurus range. Last, Uludag in the Bursa province is another notable ski area, tipped to become one of the world’s most popular. 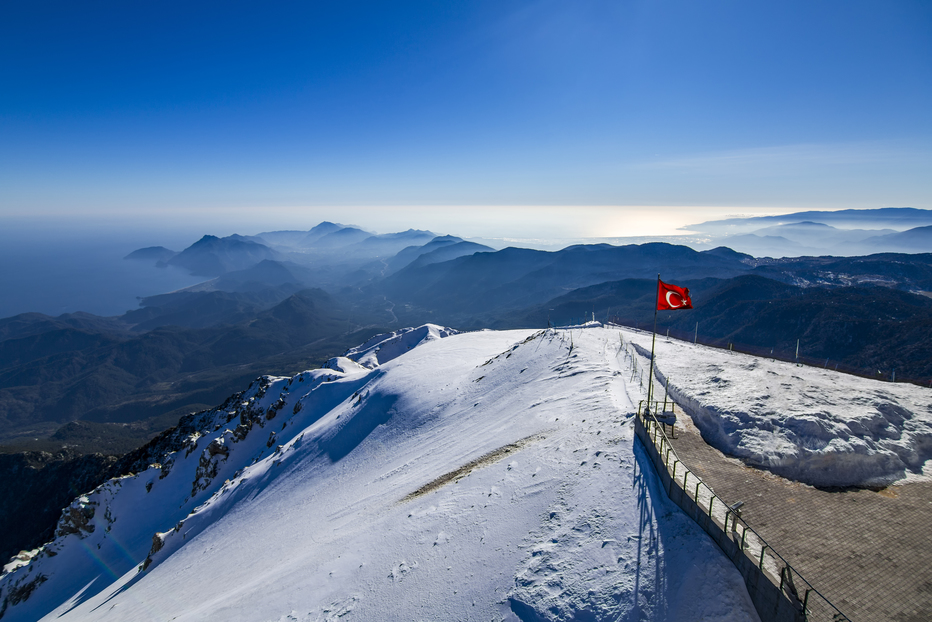 Don’t underestimate the number of mountains in Turkey. While many holidaymakers see the flat Aegean and Mediterranean coastal resorts, other areas in the North, east and central Anatolian regions include many ranges hosting unique flora, and fauna found nowhere else in the world. Notable mountain ranges include the Taurus stretching along the western coastline, anti-Taurus which extends into the east, Pontic mountains of the south-northern coast, and Yildiz which sits in European Turkey and extends into Bulgaria.

Adventure Sports in Turkey: Anyone who pushes the boundaries for an adrenaline rush will delight in knowing Turkey is an adventure sports playground. From white water rafting in Antalya to Scuba diving in Kas, sea kayaking in Kekova and much more, this article gives you splendid ideas of where to head to.

Unexplored Places in Turkey: The country has many hotspots hosting millions of visitors every year, but increasingly more people want to get away from the usual haunts and discover places untouched by tourism. In this article, we list ideal towns, village and natural landmarks that fit this bill. While the highest mountains in Turkey have a lot to offer nature lovers, these places suit everyone young or old.