Property Turkey Blog Weird and Unusual Things to do in Turkey

Weird and Unusual Things to do in Turkey

After a few years of a lull in tourism, Turkey is bouncing back to become a must visit destination and with this new wave of interest, many holidaymakers are looking at exactly what Turkey has to offer them.

This niche of holidaymakers want more than a beach life and a sunny climate. Rather than visit top rated attractions and landmarks they look for unknown, weird and wonderful themes. They are todays independent travellers, full of curiosity and want to know about unusual things to do in Turkey that will curb their inquisitive mind.

They want to visit unique places of interest or indulge in activities they can’t do in their home countries. They want to holiday like a Turk and fully immerse themselves in all things quirky. Whether you are young or old, adventurous or simply curious, Turkey delivers when it comes to places and attractions that will peak your interest.

8 Unusual Things to do in Turkey

If strong, beefy men dressed in leather trousers and covered in olive oil gets your heart racing, then get yourself to the annual Kirkpinar oli wrestling competition in Edirne. Jokes aside, this is a serious annual event dating back centuries.

As a test of strength and endurance, the winner, (called a Pehlivan) has 40 minutes to control his opponent and limit movement. Upon winning, he receives utmost admiration when he goes back home as well as the attention of many single ladies, and you have photos and memories of a weird sport that needs to be seen to be believed. 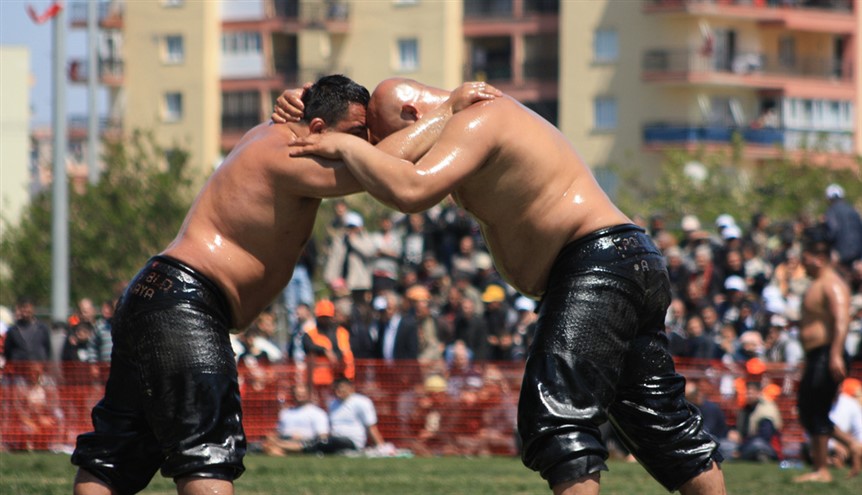 Some Turks say betting on two camels wrestling for the affection of a female is a time honoured cultural event, while others say it is barbaric and this cultural tradition needs to be laid to rest. Fans say camels naturally wrestle in the wild anyway but for them, the event is also about much more than winning. 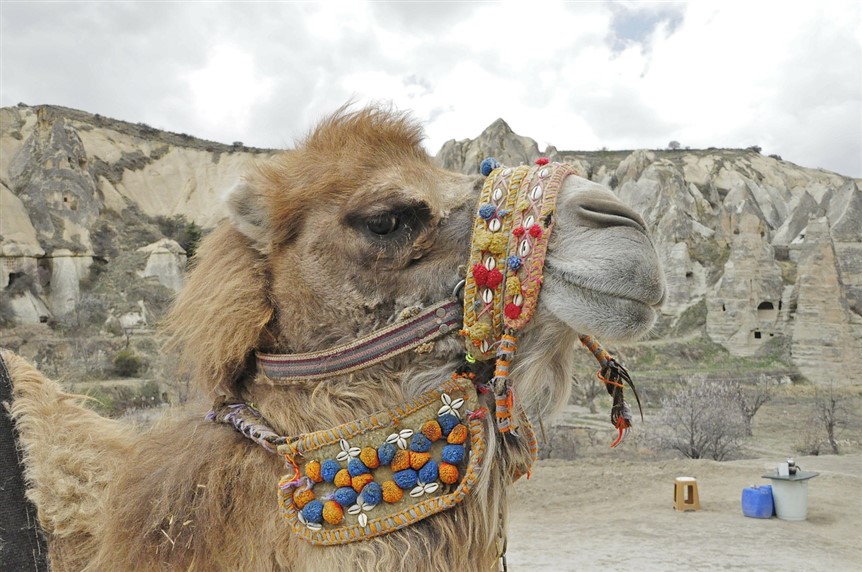 Many people associate Turkey with long, sandy beaches and copious amounts of historical sites, yet the country is investing in its ski resorts and for many Turks, it is now a favoured pastime. The most popular Palendoken in southern Erzurum has put in a bid to host the winter Olympics. However, the time-honoured favourite is Uludag in the Bursa district. Alternatively, Mount Erciyes, a snowboarding hub of Turkey, is the place to go if you want internet fame. 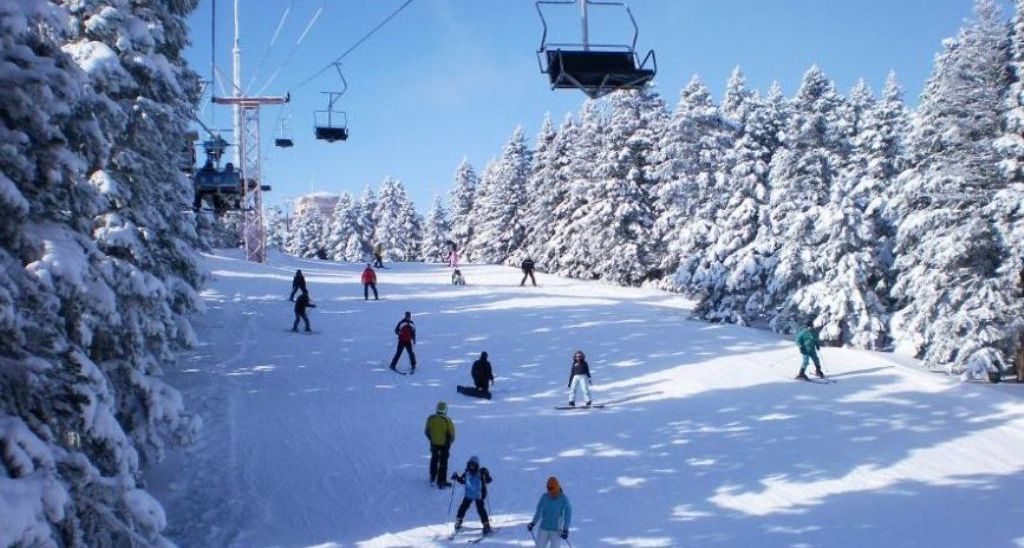 4: Go on a Biblical Pilgrimage

Even non-religious people like retracing the beginnings of Christianity in Turkey because it is an interesting story, rarely told in western countries. Starting off in Antakya, see Saint Peter’s church, the first in the world. From there, follow in Saint Paul’s footsteps by trekking the official 500-kilometre route.

Alternatively, in Cappadocia, ancient cave churches of Goreme National Park, a UNESCO World Heritage Site displays marvellous 13th and 14th century frescoes depicting scenes from the Bible. However, the jewel in this Biblical journey is Ephesus, scene of the famous Artemis riots, mentioned in the New Testament, and the Virgin Mary’s house of which many believe was the place of her assumption. 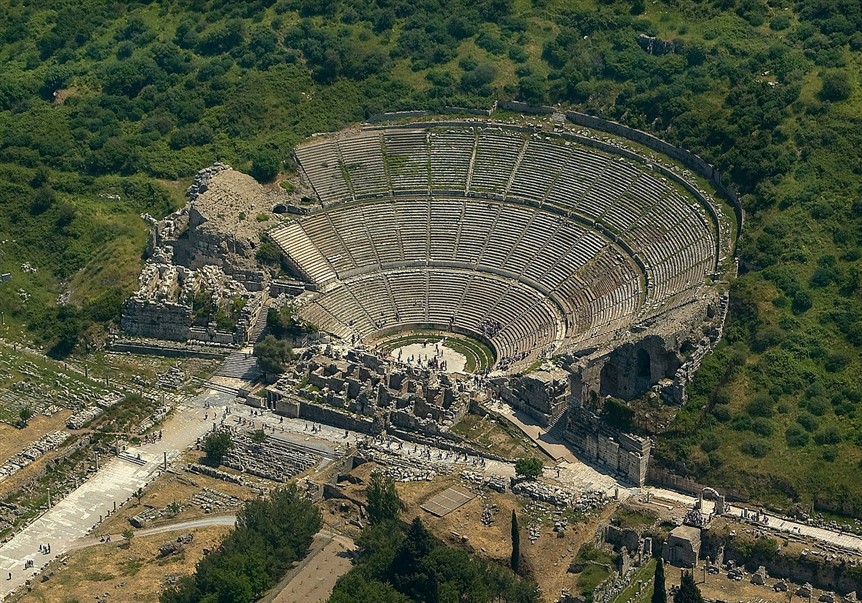 The latest domestic travel trend of Turkey is a 24-hour train journey from Ankara to Kars (Dogu Ekspresi) that is booming in popularity especially with Instagrammers. Begin by exploring the capital Ankara, and its many landmarks including the Anitkabir, mausoleum of the founder of Turkey, Mustafa Kemal Ataturk.

From there, it is all aboard to witness some of Turkeys most amazing landscapes stretching from the central Anatolian region to the north east. The last stop is Kars, a town with Russian architecture and also the best place to stay if you want to see Ani, the forgotten city of 1001 churches. This domestic travel trend is growing in popularity and tickets are hard to come by so book well in advance. 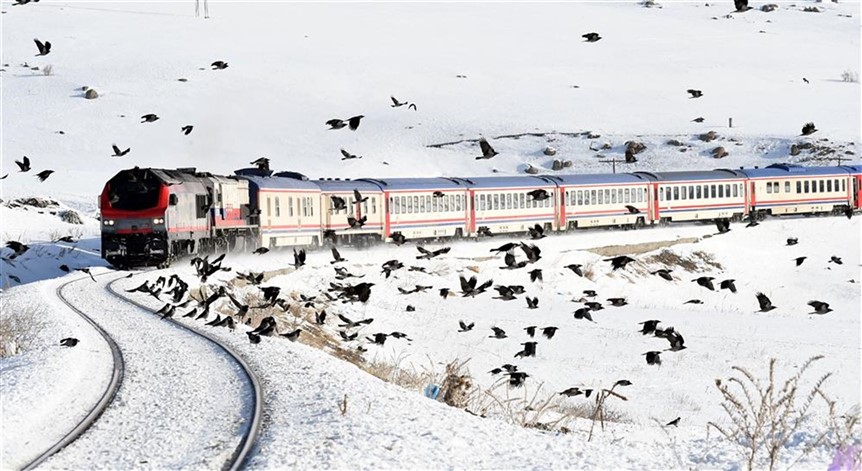 6: Camp in the Kackar Mountains

The Kackar mountains, a lesser explored region of Turkey is a delightful collection of small plateaus, gorgeous green landscapes and a unique cultural side of Turkey, rarely talked about. Locals still living off the land stick hard to their time-honoured traditions stemming from the Laz and Hemsin communities. While you are there, two must visit places are Uzungol lake, and its handmade hotels and houses using wood from surrounding forests and Ayder Plateau, known for its hot springs and waterfalls.

This unusual thing to do in Turkey particularly suits travellers on a budget or people who want to immerse themselves in a day-to-day Turkish lifestyle. Using websites like Work Away, the concept is simple.

A host family or organisation provides you with accommodation and food in return for your time, that includes tasks such as teaching English, farming the land, looking after animals or helping in touristic business likes hotels, and campsites. If cultural activities are what you look for, this opportunity to live with a Turkish family or business organisation is perfect. 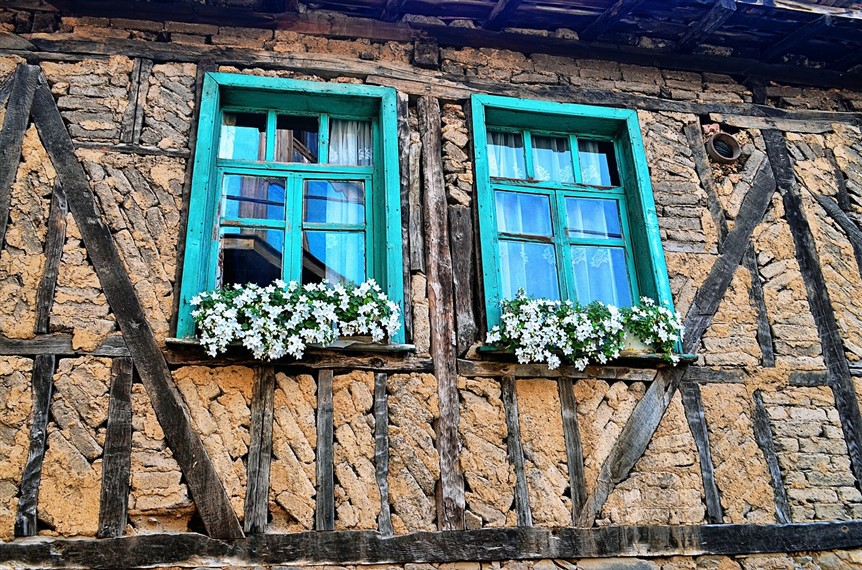 Cappadocia in central Anatolian Turkey is a unique region. Your first visit opens your eyes to a lunar like landscape and weird rocks known as fairy chimneys, formed by thousands of years of wind formation. The landscape in itself is enough to wow everyone but start by exploring the underground cities, of which most are open to the public and display the historical determination of humanity to protect himself when under threat from invading armies.

This is also a place where it is normal to live in a cave, hence the thousands of restored and authentic cave hotels. Also sign up for local and traditional pottery classes in Avanos or explore the ancient caravansaries of the Old Silk Road. Lastly, a sunrise, hot-air balloon trip over the fairy chimneys, and landscapes sums up why this region is top of the list about unusual things to do in Turkey. 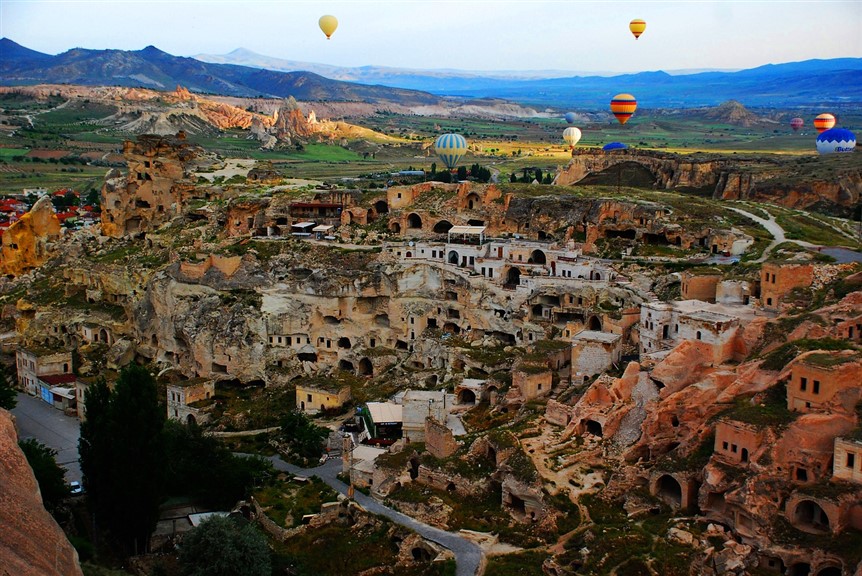