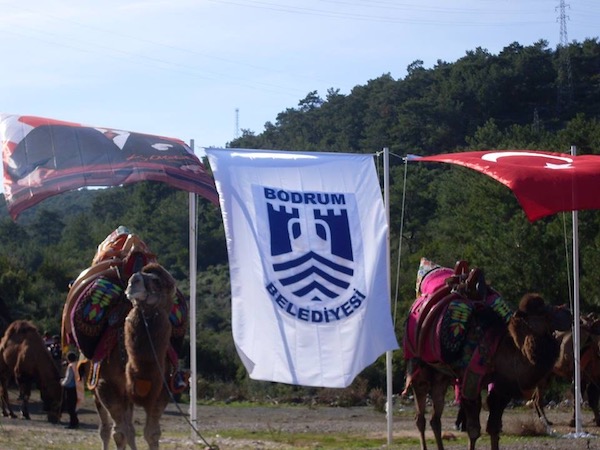 Every winter, come December, the camel wrestling season is eagerly anticipated by locals and expats on the Bodrum Peninsula. It is a tradition of the Aegean region going back thousands of years and continues into April.

What is camel wrestling?

Two male camels during the mating season are encouraged to wrestle one another to win the favours of a female (who they seem to fail to notice is either no longer in attendance, or perhaps never was!) and the match is won by one camel either making the other fall, scream, or run away. While the camel in me would definitely opt for the third choice, I suspect an element of falling and screaming would also accompany my retreat. 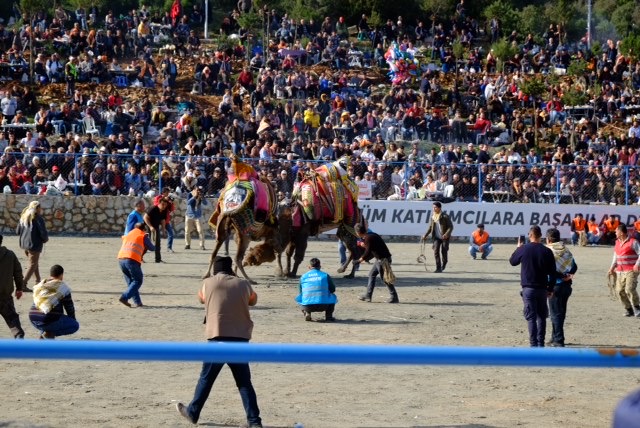 The most visited camel wrestling events are held in Selçuk, near Ephesus, where as many as 20,000 people attend and where you will find the crowds taking their camel wrestling very seriously indeed. The local events I've attended on the Bodrum Peninsula, in places such as Yalikavak and Gumusluk, have struck me as being more about a good excuse for a picnic and a get together or family day out. 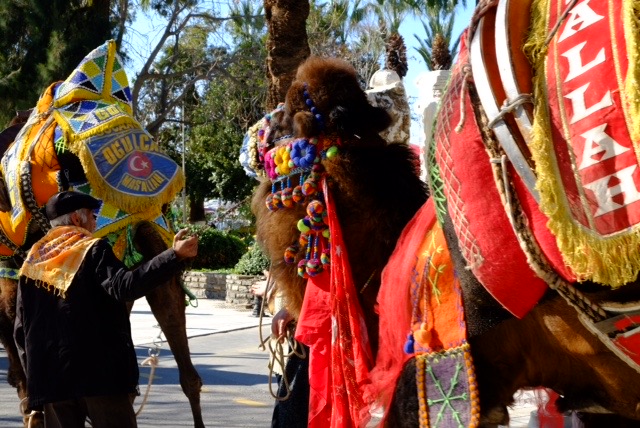 This is very much open to debate and I am sure that animal welfare groups would have plenty to say on the subject. While many are not keen on sports that involve animals being served up as entertainment, there seems to be no doubt that these beasts are highly revered. Given the cost of owning and nurturing these proud looking animals, it is in the interest of the owners to ensure they are well looked after and kept in tip-top condition for parading and wrestling, so it makes little sense that they would come to harm during either. Having said that, I do of know of Turks who give camel wrestling a wide berth on principle. However, if you have never been, perhaps you should, and make up your own mind.

There are definitely elements of danger although it seems that spectators are more likely to come off worse. Rather like attending motorsports meetings, the element of danger probably adds to the sense of excitement, even if one does not care to admit it. However, there is a team of about twenty stewards surrounding the camels in case they start to get out of hand together with probably a handful of the Jandarma (Turkish military) should the spectators have similar ideas!

What happens during a camel wrestling event?

A camel wrestling event is like Carnival, Glastonbury, and a day out at the races all rolled into one. The day before the main event the camel beauty parade takes place. This January, the procession started at Bodrum bus station, proceeding to the marina front in anticipation of the main event just east of town, in Kizilagac. To see the incongruous sight of colourfully bedecked camels, bells jingling and jangling, weaving their way through streets normally full of traffic is a magnificent sight to behold all of its own. 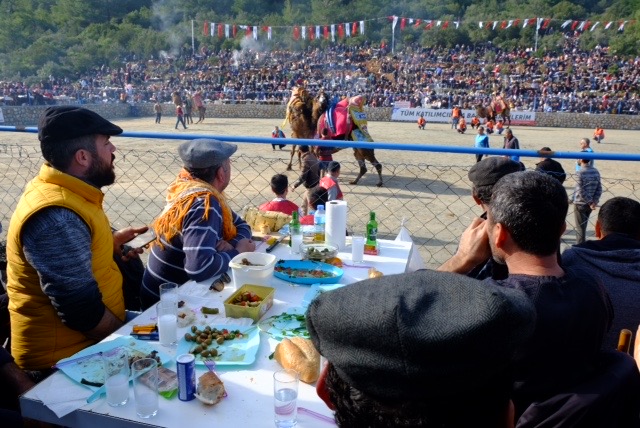 There's the sight of the resplendent camels decorated from head to tail in every primary colour imaginable with their names, or their owner's names, splashed across their rear ends declaring 'Mashallah' (God has Willed it). Much like a football match, various coloured scarves are on sale denoting the name of the camel that has your support and men don traditional camel wrestling caps made out of a surprisingly sombre looking black or grey felt. 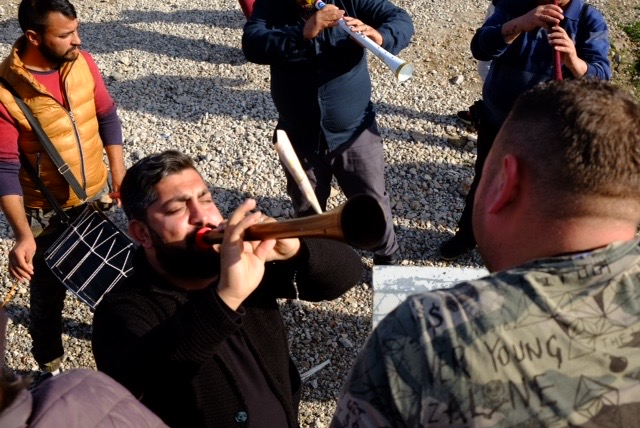 You will know you are approaching the camel wrestling area when you start to hear the boom, boom, boom of the drums and the shrill sound of the reed Zurna instrument. I omit the word 'musical' as I have long entertained the idea that I could probably produce a similar sound on picking one up for the first time. It seems to my untrained ear that the din is borne out of infectious enthusiasm more than musical prowess but it would certainly not be the same without this traditional style of Gypsy music that fuels the atmosphere.

The smell and smoke wafting from people barbecuing camel sucuk (a Turkish type of sausage) permeates the air as does the smell of raki from groups of men gathered alongside whole families picnicking. As a friend observed, all generations are present, and all life is here. This is an event that the extended, as well as the immediate, family come together to enjoy.

The Turks know how to do picnics – not for them the genteel sandwiches, ready-made food and flasks of tea. No, they bring their tables, chairs and tea urns, along with plastic bags full of vegetables and various salad ingredients. The vegetables and salads are prepared with sharpened knives at the table often with newspaper serving as a tablecloth. At a recent match I came across some Turkish friends. They had been camped on the embankment long before the wrestling started, had even prepared breakfast there. “How's the camel wrestling going?” I enquired. “What camel wrestling?” one of them, rather tipsily, responded. 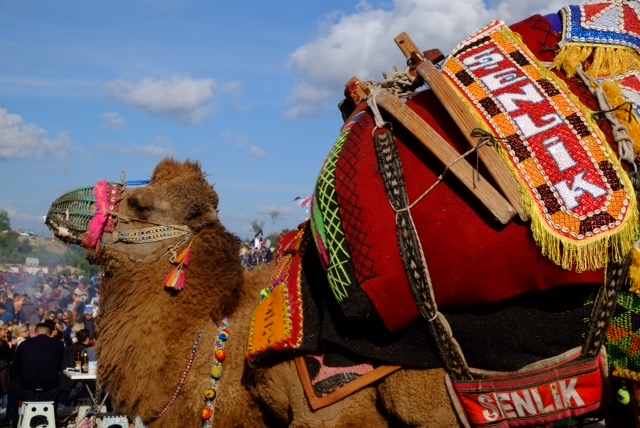 To this backdrop of smells, and sounds and tastes the camels provide the drama; their own excitement emanated by foamy spittle welling up from their mouths. A constant animated commentary from the tannoy fights to be heard above the Gypsy music and, as with any good day out, I drink in the atmosphere and take the opportunity to people watch at what is a uniquely Turkish day out.

5-star property for sale on the front line to the sea in Yalikavak, boasting incredible views stretching endlessly, as well as a stylish design that needs to be seen to be appreciated – contact us as there is only one remaining.