The Tunektepe Cable Car and Landmark Project of Antalya

Over the last decade, Turkey has seen many infrastructure projects come to fruition, but one big success story is the Tunektepe cable car and landmark project of Antalya. It has been many years in the making and originally thought of in 2013, the first section eventually opened in 2017 to much fanfare.

Labelled as the cheapest cable car ride in Turkey, it cost 15 million Turkish lira to build, a relatively small amount when compared with other major projects around Turkey. However, locals and tourists have flocked to Tunektepe to take the 8.5-minute ride that gives them amazing panoramic views over Sarisu Creek, the western Taurus mountains, Setur Marina and the Konyaalti district.

Sitting west of Antalya city centre, the Tunektepe cable car ride takes passengers 650 metres above sea level. Once they’ve admired stunning views using binoculars if needed, they can relax in various cafes, and tea gardens selling lunch and refreshments. The managing company has also thought of everything, and there is a health centre for accidents and emergencies and a prayer room as well. 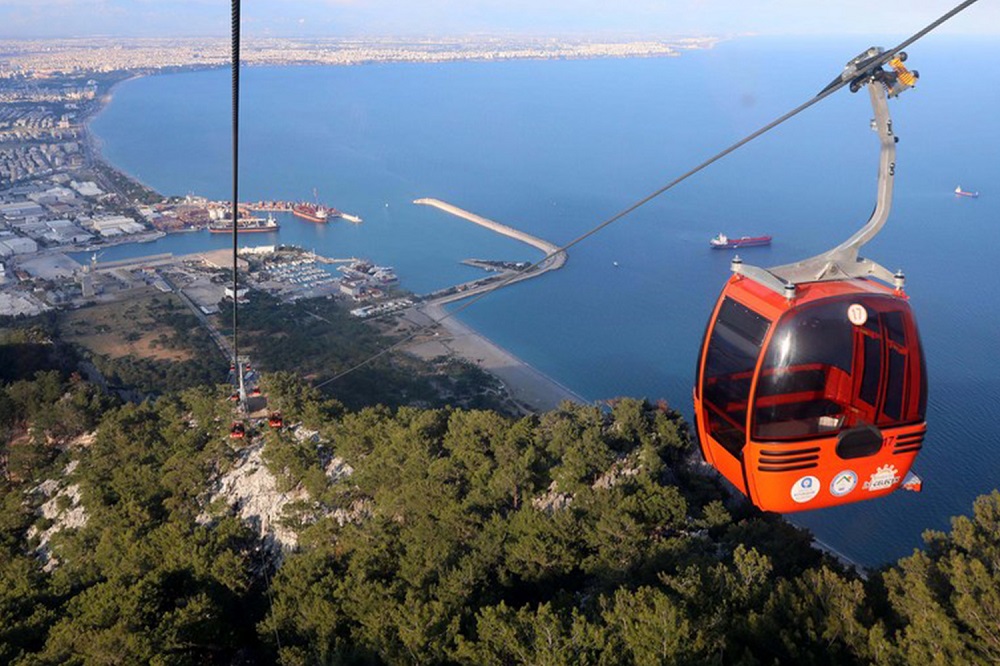 So, how popular is the Tunektepe cable car?

Management say in the height of summer, they transport up to 50,000 passengers a month. That breaks down to 200 people an hour in 36 cabins carrying 8 passengers each. Low prices and fantastic views are attracting people in droves of which 80% are Turkish, and 20% are foreign nationalities.

Future Plans for the Tunektepe Project

Plans are in place to add more facilities including a 30-room hotel, rotating nightclub and restaurants and venues to host private parties. They will sit within an orange sphere that will become the most famous landmark and Antalya’s international symbol. The sphere will also be visible at night thanks to on-site ultramodern lighting

Car parking is 5 Turkish lira, and tickets are 15 Turkish lira. Disabled people and children under six go free. Tunektepe Cable Car is open every day between 10 a.m. and 8 p.m., except Mondays for maintenance and they also shut down during windy weather.

Of course, if you love heights, it is worth visiting Mount Tahtali, Antalya’s first cable car ride. While Tunektepe stands at 650 metres, Mount Tahtali cable car takes you 2365 metres for an even better birds-eye view of the Kemer region and Taurus mountains.

Book a return ticket to ride over dense pine forests or even better paraglide down for an adrenaline filled experience. Tickets are also available for sunset viewing, which is a big bonus because Antalya and the Mediterranean coast are known for vibrant orange sunsets, especially during summer. 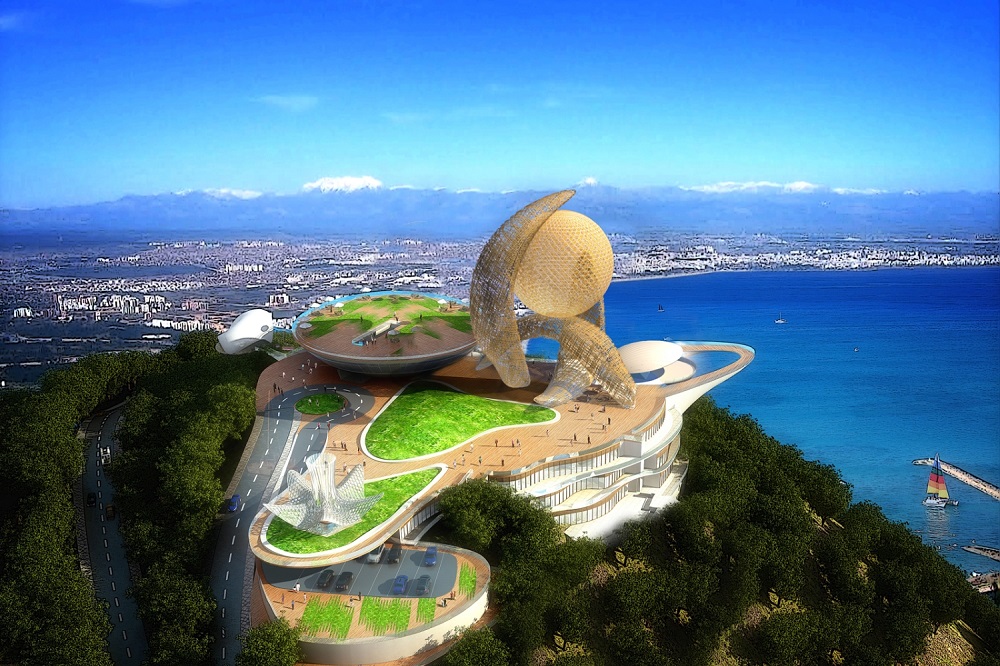 Despite Tunektepe’s success, Antalya is not prepared to sit back and are focusing on many more projects to modernise the city and surrounding districts. The region is already the second most popular tourist destination in Turkey, and over the last decade, it has also amassed a large community of foreign expats, many of whom have bought property.

By continuing modernisation projects, Antalya draws in even more tourists and foreign property buyers by offering them ultramodern community facilities.

Bogacay marina is set to boost this area of the Turkish Riviera to international fame. Extending the coastline, smaller projects within the concept include a commercial, residential and business district as well as the marina itself. However, there is an even bigger project within this plan, and if it comes into fruition, Antalya will receive superstardom status. The aim is to build Turkey’s version of Hollywood by building a studio bigger than Universal Studios in Los Angeles.

For this project, local council officials wanted to reinvent the Konyaalti beachfront area that lacked facilities, looked outdated and was in dire need of repair and modernisation. Seven kilometres of the beachfront was redesigned with ease in mind for car and foot traffic. As an already trendy beach district, it became a leisure and recreational hub for all people in Antalya, regardless of age. (Read more here)

The lesser talked about cruise port project is still in planning stages but when complete will hold up to 426 yachts and 4 cruise ships at any one time. The purpose will be to grow cruise ship tourism, and it is part of the larger 2023 tourism vision plan of Turkey to modernise and increase the number of ports around the Aegean, Mediterranean and Black Sea regions.

Why Is Antalya So Popular? Every year, millions of tourists visit Antalya, and it is also a favourite destination for Turks. But what draws in holidaymakers and why do many keep coming back?

Golfing in Antalya: Belek is home to some of Turkey’s best golf courses that also host international events, and, in this article, we look at the rise to fame of Turkey’s golfing industry.