Property Turkey Blog The mysterious life of the Fisherman of Halicarnassus

The mysterious life of the Fisherman of Halicarnassus

Bodrum resident Marie Coggin explores one of the peninsula's most iconic faces: the poet, raconteur and prisoner Cevat Sakir Kabaagacli.

From Herodotus, the Greek historian known as the father of history, to modern-day celebrities, Bodrum has been home to many famous residents. However, the face dominating the town is a rather handsome, strikingly friendly, smiling face. A face you know because you've seen it so often. It is the face that welcomes you with a large 'MERHABA' on a sign as you descend into Bodrum on the airport road with words claiming you won't be quite the same person when you leave as when you came.

“When you reach the top of the hill, you will see Bodrum. Don’t assume that you’ll leave as you came. The others before you were the same, too. As they departed, they all left their souls behind.”

As well as being a recognisable face, the Fisherman of Halicarnassas, or Cevat Sakir Kabaagacli appears in other guises on the peninsula: a main Bodrum thoroughfare  - Cevat Sakir Caddesi - bears his name, and his bust sits opposite the Beldiye building. 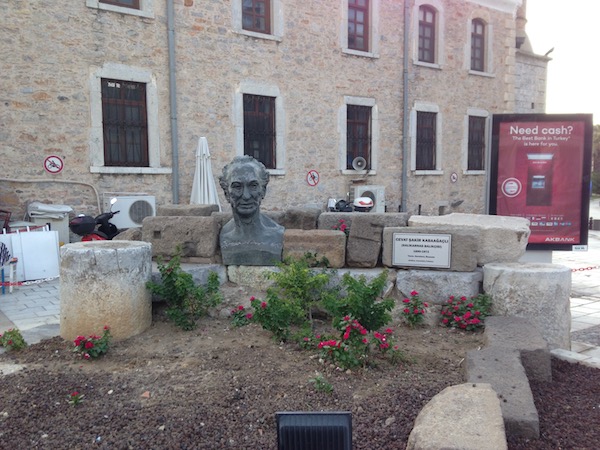 Knowing his sobriquet as The Fisherman of Halicarnassus, I had fancied he was some Roman or Greek hero and felt embarrassed to discover that he belonged to Bodrum's recent history rather than ancient Halicarnassus.

In fact, he was born in Crete in 1890, and educated at the American Robert College in Istanbul and at Oxford, England. After the 45th anniversary of his death this year I decided it was high time to find out more about the Halikarnas Balikcisi and went along to the Bodrum Maritime Museum to listen to his grandson talk. 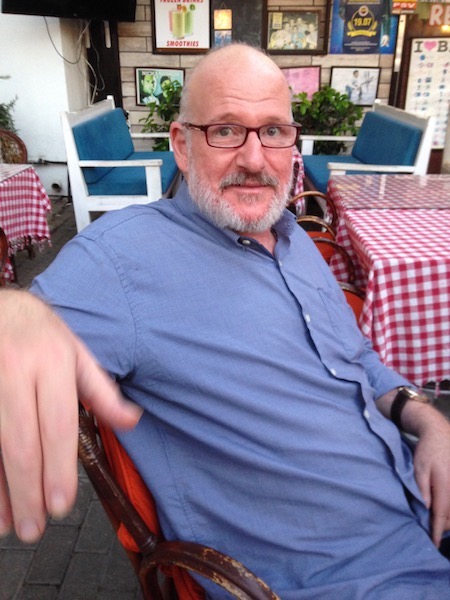 By then, I had delved into Roger Williams' excellent 'The Fisherman of Halicarnassus', a small and readable introduction to “the man who made Bodrum famous”. I learned Cevat Sakir was a writer of novels and short stories, as well as being a rebel, even a hippy, before his time. He’d first come to Bodrum in exile in 1925, where he served 18 months of a three year sentence for writing a story about Ottoman soldiers who had been sentenced to death for defecting. He fell foul of the authorities, but there was a bit of a muddle about him being incarcerated in Bodrum Castle, which was more of a ruin than a prison and so, rather fortuitously, Cevat Sakir found himself under house arrest in a seaside dwelling years before tourists would pay inflated rents for the privilege. There he formed an affinity with the local traditional sponge divers, although he was not allowed to accompany them at sea.

As we sat under one of the two towering eucalyptus trees planted by Kabaagacli a hundred years before in front of the museum, his grandson proudly told me, in soft, pleasant Boston tones, having spent his formative years in America, an analogy of war that his grandfather had related to him as a child.

When he was a very young boy playing with his toys, his grandfather had crumbled some bread and placed the crumbs on a nearby ants nest. As the ants greedily devoured the breadcrumbs, his grandfather placed some small pieces of meat on top, which attracted larger ants, who gobbled up the smaller ants. He recalls him recounting that this was an illustration of war and demonstrated how futile and horrible it was in which only the mightier and more powerful prevail at the expense of the weak and feeble.

I learned from him how Cevat Sakir, as one of Turkey's first ecologists, used to wander around Bodrum with pockets full of seeds that he would sow in various spots and how he was responsible for introducing the now ubiquitous Bougainvillea as well as the Bella Sombra tree to Bodrum at a time when only those plants that could be eaten were likely to be grown. The palm trees that line the harbour, lending an exotic air to the town, are also as a result of his plantings and the trees bear his name as a result. 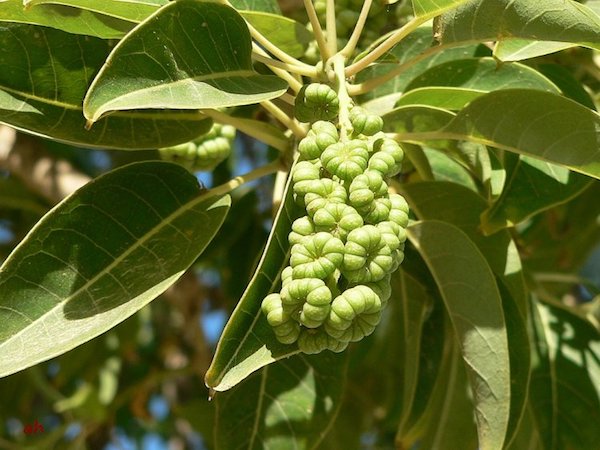 When Cevat Sakir completed his sentence in Istanbul, he wasted no time in returning to his former place of exile to reacquaint himself with the Bodrum sponge divers. Now he could cast off with them to sea and thus sowed new 'seeds' in the guise of the first Blue Voyages (Mavi Yolculuk), becoming a modern day Homer and exploring antiquities, much of which were only discoverable by boat in those days.

When former French President, Georges Pompidou was shown round Ephesus during Cevat Sakir’s time as a tourist guide declared that he had “finally met Homer.” The Fisherman would have become familiar with the British Museum from his time in England.  He would have known of Charles Newton, the British archeologist, responsible for the gaping holes in what remained of the Mausoleum of Halicarnassus, one of the seven wonders of the ancient world. The statues and other antiquities Newton removed are now housed in the famous museum. 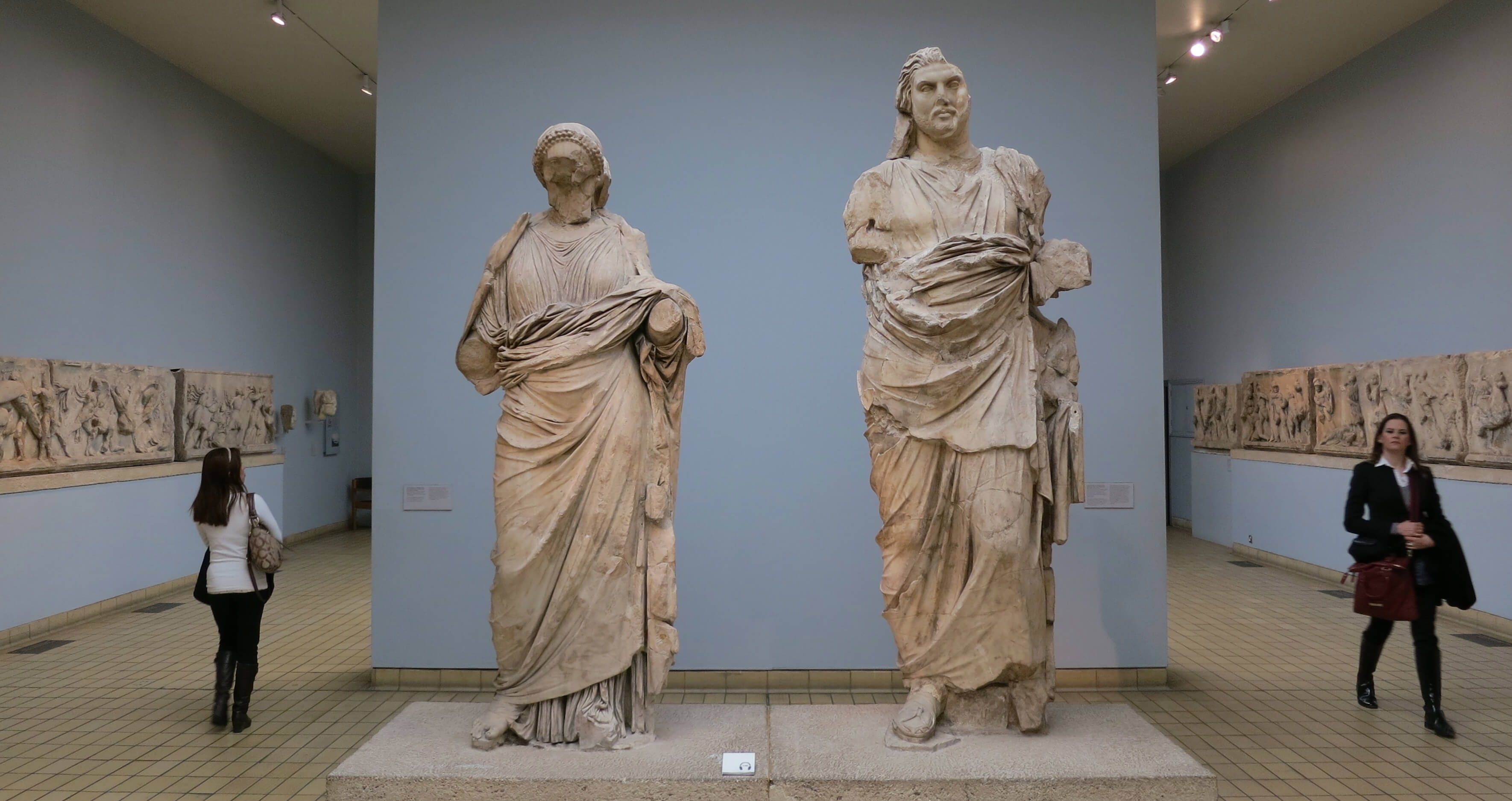 In his book, Roger Williams mentions Cevat Sakir writing to request these antiquities be returned, as they had no place residing under the “grey skies” of England. Apparently he received no response but museum officials did concede to paint the ceiling of the offending Mausoleum Room blue!

Cevat Sakir remained convinced that the starting point of western culture should have been focused on Anatolia as opposed to looking towards Athens and the Greek mainland. As he invited friends to join him on his voyages of exploration, the Blue Voyages became a new concept of sailing for pleasure rather than endeavour in the 1950s and 60s. Little did I know that my gulet sailing holiday on my first visit to Turkey in the early 1990s visiting antiquities such as those at Sedir (Cleopatra's) Island owed so much to the Fisherman of Halicarnassus. 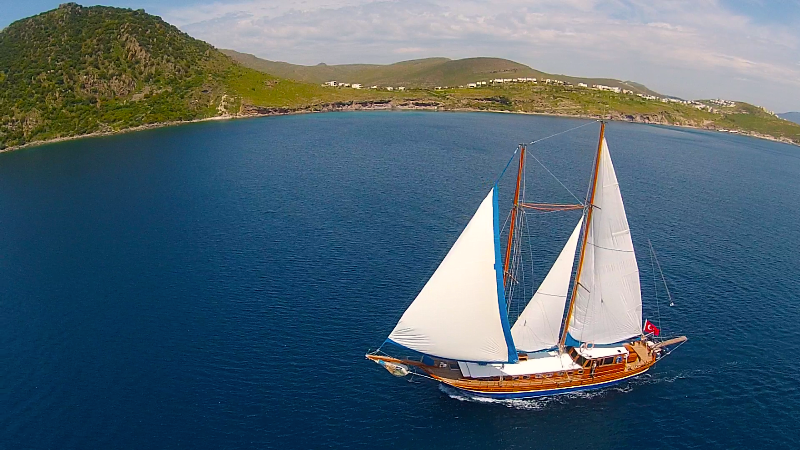 On further reading, it would appear that Cevat was no stranger to prison, having been incarcerated on a couple of other occasions. Rather shockingly, he had been sentenced to 14 years for killing his father in 1914. What brought this about appears to be shrouded in some mystery and never talked about, but he served some seven years of this sentence before being released at the time of the forming of the Turkish Republic. 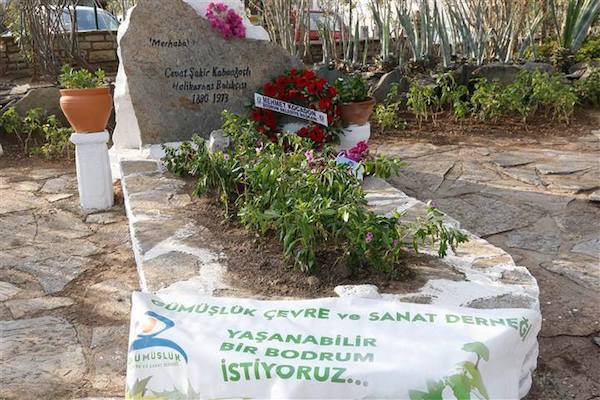 Cevat Sakir Kabaagacli: writer, raconteur, tourist guide, exile, prisoner, rebel, ecologist, founder of the now famous Blue Voyages, and presumably, fisherman, made the following comment when the main Bodrum street was named after him. He observed wryly that 'donkeys and camels would now do to him what governments had done to him all his life!' 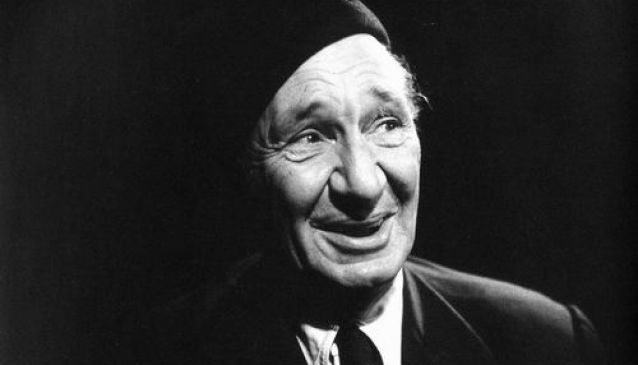