Property Turkey Blog Setting sail: a life-changing week on board a gulet

Setting sail: a life-changing week on board a gulet

Gumusluk resident Marie Coggin takes us back to the beginning of her long love affair with Turkey.

I was in dire need of a break from work. My batteries needed recharging. Anywhere, anything would do. So as I passed the window of the travel agency an advert caught my eye. It shouted 'Turkey' at me.

I knew absolutely nothing about Turkey as I entered that travel agency. As the assistant flicked through the brochure, my eye was attracted to the sight of sea! – sand! – sunshine! - and magnificent wooden boats that looked as though they'd fallen off the page of a C S Lewis Narnia novel. That appealed to the child within me and I booked a week in Kusadasi followed by a week on a Turkish gulet called Forsa Mustafa. 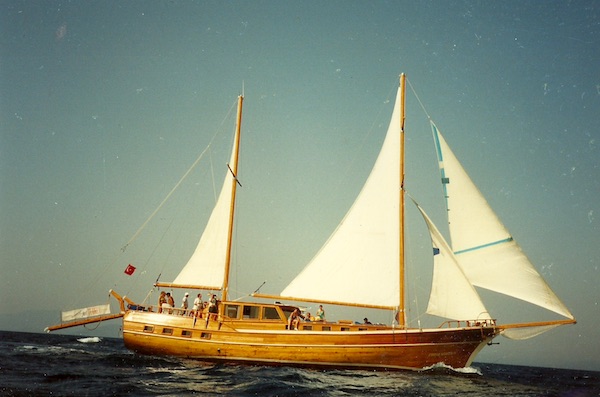 “I've just booked a holiday in Turkey,” I informed my father who happened to be staying with me at the time.

“I'm not sure really. I thought it looked quite nice in the brochure!”

And that was the sum total of what I knew about Turkey back then. It looked quite nice. I wasn't alone though – people were more familiar with going on holiday to Greece back in the early nineties. 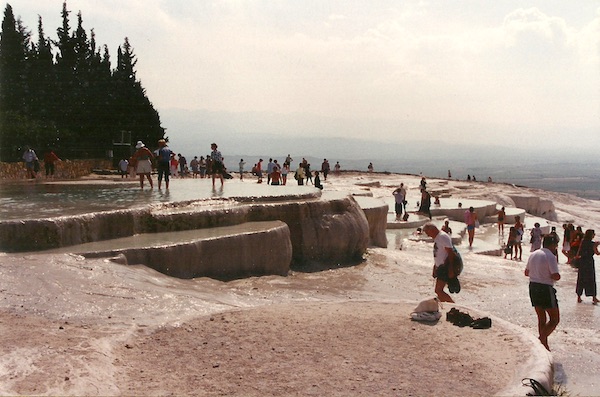 When I got to Turkey I was almost convinced the pilot must have taken a wrong turn and landed in Greece. People I met talked about archaeological sites such as Ephesus (that's in Greece, surely? I thought), and Troy (now, that's definitely famous for being in Greece, I thought), Aphrodisias (that sounded a bit naughty?) and Pamukkale (I'd never even heard of it!). 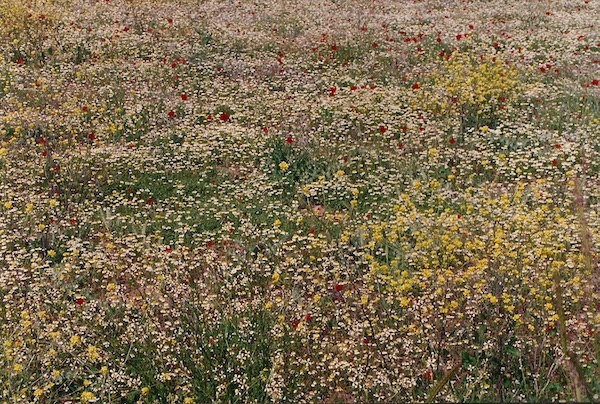 So what are my memories of those excursions then? Besides the usual awe on visiting Ephesus, I recall our guide relating to me and my fellow visitors with great sadness that there really wasn't anything to see of the Temple of Artemis as most of it was in the British Museum. We buried any sense of guilt we may have felt and vowed to meet up in London when we returned from holiday to complete our tour of Ephesus, which we duly did. We even followed up with a boat trip down the Thames to Greenwich in a vain attempt to emulate sailing on the Aegean.

I recall Pamukkale and scrambling amongst the terraces of travertines, the name given to the the form of limestone deposited by mineral springs. I remember the carpets of wildflowers (it was spring time) at lesser known Aphrodisias and sitting in the impressively well-preserved stadium imagining what the atmosphere at athletic events must have been like in Roman times.

Stepping into a bygone era

After a first week of visiting Greek archaeological sights that turned out to be in Turkey, my second week was a week's sailing from Bodrum to the Gulf of Gokova on the Forsa Mustafa gulet and thus I learned one of the first rules of the Turkish language. It is a phonetic language and while 'gool-ey' might follow the rule for the French language, in Turkish it is actually pronounced 'gool-et'.

I had never seen a gulet before and whatever I may have had in my mind's eye I recall it surpassed any prior expectations. I have enjoyed many, many boat trips since then but none have quite risen to the occasion in the way that Forsa Mustafa did. We were assured that it was the gulet in Bodrum.

The Forsa Mustafa seemed to me a throwback to a former era: an era of highly polished wood and brass, resembling the interior of a bygone Pullman carriage. My cabin was equally opulent with its en suite bedecked in brass and gleaming varnished wood. I couldn't tell you now its specifications, but I do know that we were all able to fit comfortably around a polished wooden table for meals, and during the day the teak deck was sufficiently spacious enough to be able to escape the group for a quiet read.

Just about everything we ate came from the Aegean Sea. I recall the horror at seeing one of the crew thrashing the newly caught octopus against the rocks to tenderise it. “How cruel!” we all cried. We then sat down to a dine on the same octopus expertly prepared as a traditional Turkish dish of ahtapot guvec (octopus stew). Cue several of our group exclaiming “Oh, I don't like octopus!” I vividly recall each of us asking for second helpings, to the amusement of our Captain, Mustafa. It happened every time, he said laughing; the same thing with every English tour party.

Read more: the insider's guide to eating fish in Turkey 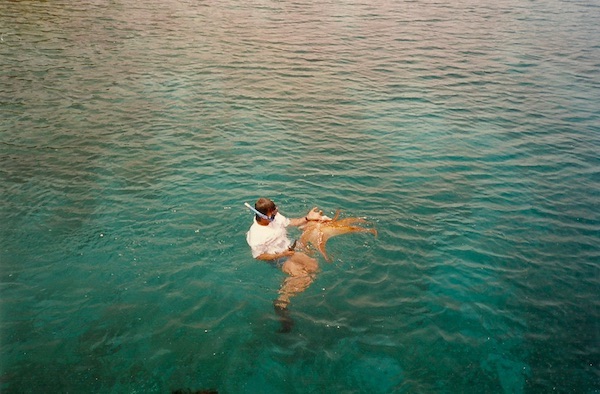 The trip transcended all superlatives and is one of the most glorious weeks I have ever spent on any holiday anywhere. It set the scene for the start of my love affair with Turkey.

A decade later, I would sit on the balcony of my new Turkish house in Gumusluk, Bodrum, overlooking the pretty villas in Bodrum, and gazing at the Aegean Sea and the gulets sailing along the coast. And more than a decade after that, I’m still here.