Reasons Why Uzumlu Ticks the Boxes for Property Investors

Uzumlu, a small picturesque village in the mountains of Fethiye does not receive much admiration in the mainstream overseas press. Yet the district has garnered a loyal fan base of property investors of which many have brought villas, as either a holiday home or retirement dream. Some would argue that is a well-kept secret and should stay that way, but word is spreading, and many people are now eager to see what the hype is about, especially when it comes to buying property in Turkey. So why is Uzumlu ticking all the right boxes and in the process, building a name for itself? 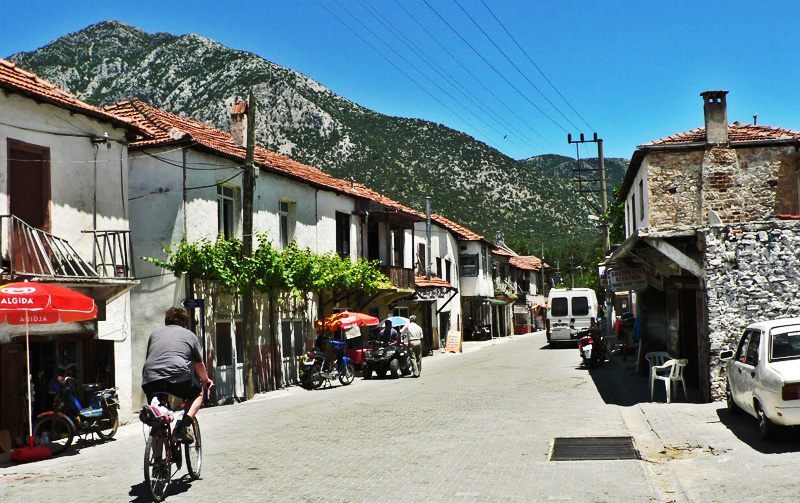 $270,300
3
3
Fethiye
People looking to buy property in Turkey generally have one of two requirements. The first is that it is a holiday destination and therefore well geared up for foreign clientele regarding bars, shopping, and nightlife. Alternatively, others prefer to steer away from the vacation atmosphere in favour of a more traditional Turkish ambiance.

This is where Uzumlu steps up to the mark because its discreet popularity ensures means the village has not sold out to mainstream tourism, an accusation sometimes thrown at many of the coastal resorts of the Aegean and Mediterranean. Cobbled streets lined with old village houses displaying original architecture sit among shops run by families for generations. The small population also lends weight to the close community feel where everyone knows your name and respect thy neighbour is still a significant aspect of social interaction.

$196,600
3
3
Fethiye
This is where Uzumlu property investors get the best of both worlds because whereas tradition and an old style village vibe are dominant, the housing market has also embraced modern trends. The latest in home design and building is evident in the portfolio of Uzumlu, most of which is villas each with their own plot of land and private swimming pool.

This villa is a perfect example. The exterior features include a landscaped tier garden, garage and infinity pool with fabulous views over the countryside. Prominent interior features displaying modern living include fitted wardrobes, en-suite bathroom, and walk-in dressing room. Most of the villas for sale in Uzumlu are new builds, but some builders and architects have incorporated the traditional feel into them, as in the case of this property. 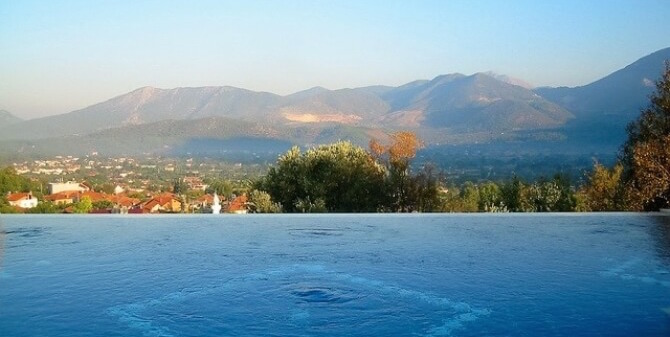 $129,000
4
2
Fethiye
At the turn of the century, a new trend was born, and that was restoration homes. A worn down property is like a blank canvas and many creative, or artistic types enjoy the project of redesigning a property to be modern but with the structure’s original hallmarks. In Uzumlu, new build villas are plentiful, but old Turkish cottages are slowly coming on the market. They provide immense potential for a masterpiece in home décor and design.

This 2 bedroom house on a plot of land measuring 450 square metres is the perfect example. It would be a complete renovation project, or alternatively, this quirky wooden chalet on a large plot of land, selling for just £47,500 garners much admiration from those who enjoy the outdoors and are also looking for a large garden, a vegetable plot or space to keep animals.

Uzumlu is Just 20 Minutes’ Drive Away From Bustling Fethiye

$235,900
3
3
Fethiye
While the idea of a remote and traditional village appeals, the knowledge that amenities are nearby is re-assuring. Uzumlu is just a 20-minute drive by car to the bustling metropolis of Fethiye, a shopping mecca for clothes, home and hobbies, and a major hub of the Turkish Riviera. Naturally, with mega yachts docking in daily during the summer, Fethiye has the typical Mediterranean nightlife scene of seaside dining on fresh fish and delectable seafood. Diners can seek out the traditional Turkish restaurants or opt for the high class, luxury establishments where money is no object and champagne flows like a river.

Putting aside the shopping and nightlife, Fethiye is also a centre of excellence regarding health care, dentists, doctors and likewise. This is a relief for expats living in Uzumlu to know that hospital and medical care is close by. The British consulate is also in the city centre.

Uzumlu is on the outskirts of the D400 Coastal Road

$367,400
4
5
Fethiye
Uzumlu is a quiet retreat away from the hustle and bustle of modern day living but it is close to one of the longest roads in Turkey that means access and getting to other places on the Mediterranean coast is easy. The 2,000 kilometre D400 runs along the entire south border and has become one of the most popular routes for road trips of the country. With accessible routes to other major hubs such as Marmaris, Antalya and famous historical sites such as Patara, Xanthos, Letoon, and Aspendos, life doesn’t have to be boring while living the remote idyllic life in the sun.

Most people in the Fethiye region use Dalaman airport because of its close distance, and Uzumlu is just 1 hour away. Operating many international flights during summer, the airport has recently undergone a major renovation and is now a state of the art facility equipped to deal with thousands of people at any one time. Although the flying schedule is limited in winter, people still have the option to use Antalya airport or catch a connecting flight via Istanbul airport. Easy and cheap travel is certainly a major lure for many overseas property investors of Uzumlu.

Further Reading: Uzumlu sits on the illustrious Mediterranean coast of Turkey and our guide to that region talks more about the separate regions, weather and climate, history and things to do and see. 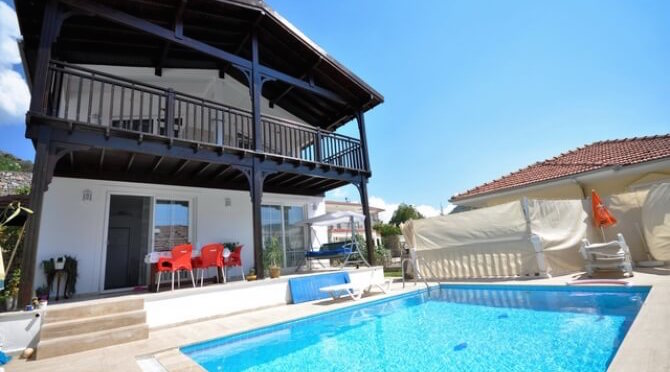