Provinces in Turkey That Earn Admiration from Around the World

Altogether 81 provinces in Turkey form this magnificent country that captures the hearts of holidaymakers and foreign expats worldwide. While many people assume all of Turkey is golden sands like the travel brochures portray it to be, the provinces are as diverse as they are varied. They also belong to 7 different geographical regions, each with a unique weather climate, culture, traditions, and regional cuisine. Indeed, do not stereotype Turkey.

The east is vastly different to the west, and the same goes for the north versus south. For example, the Mardin province is nothing like the Bursa province sitting on the other side of the country, but instead complete opposites. If you want to get to know more about Turkey, learn about the seven geographical regions and central provinces that earn fame and admiration worldwide. But first, let us start with some basic geographical facts. 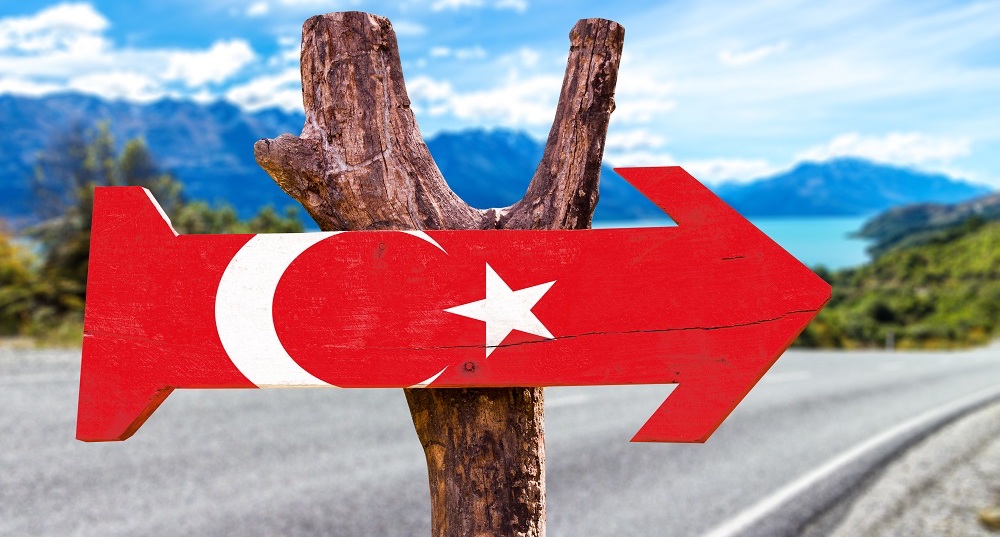 About Regions and Provinces in Turkey

What are the 7 Geographical Regions?

Eastern Anatolia: Covering just over 165,000 square kilometres, Turkey’s eastern bordering region makes up 18% of the country. Its high altitude evokes icy winters with heavy snowfall. This makes it perfect for skiing, as seen in Palandoken ski centre. From Spring to Autumn, holidaymakers mainly visit historical sites and learn about the culture. Since it is landlocked, beach tourism isn’t a feature.

Southern Eastern Anatolia: As another landlocked area, this region is devoid of beaches, but once again, the incredibly diverse culture shines through in regional cuisine. Sitting on the border with Syria, its location hampered the tourism trade, but efforts to revive it in recent years paid off. For cultural diversity and an experience unlike the rest of Turkey, visit south-east Anatolia.

Central Anatolian: Known as Turkey’s heart because of its inland location, this region’s landscapes change dramatically from the east’s mountainous regions into flat plateaus. Famously home to Ankara, Turkey’s capital and the country’s third-largest city, other prominent places include Konya, Kayseri, and Cappadocia. Due to local topography, central Anatolia thrives in vineyards and wine production.

Aegean: Bordering the western coast, the Aegean, a top touristic hub is also home to many foreign expats who settle in places like Bodrum, Altinkum, Kusadasi and Izmir. The weather climate and topography make it famous for dairy farming and olive groves. Its most notable historical attraction, the ruins of Ephesus ancient city, attract millions of visitors every year. It was also the home of the Seven Churches of Revelation as mentioned in the Bible’s New Testament.

Black sea: Covering the Northern coastline, this region receives the most amount of rainfall. It includes the Kackar mountains and plateau communities. Places of interest for holidaymakers include Uzungol and the Ayder plateau. Turkey’s Laz and Hemsin communities live here.

Mediterranean: Covering the southern coastline, Turkey’s most popular tourist destination promote beach holidays and sailing with style. Also known as the Turquoise Coast, it makes up a large part of the Turkish riviera. Alongside Antalya, other prominent places include Dalaman, Fethiye, and Marmaris. Aside from that, the coastline consists of many historical sites from the Lycian empire that once ruled these shores.

Marmara: Lastly, we head up to Turkey’s northwest that famously includes Istanbul, Turkey’s largest and most populated city. Even though it is the second smallest geographical region, it features the densest population. Other prominent places include Bursa, Yalova, Tekirdag, and Canakkale. Read more about the geographical areas of Turkey.

Prominent Provinces Foreigners Should Know About

Istanbul: As is Turkey’s economic heart, pundits famously say if Istanbul were to fall, the country would collapse hence its, business, and industry importance. Separating into the Asian and European sides, 39 official districts make up Istanbul. As Turkey’s top spot for tourism, in recent years, many foreigners have flocked for medical procedures like hair transplants. Foreign real estate investors head to Istanbul, especially on the European side, because of potential capital growth. (Istanbul city guide and general information.) 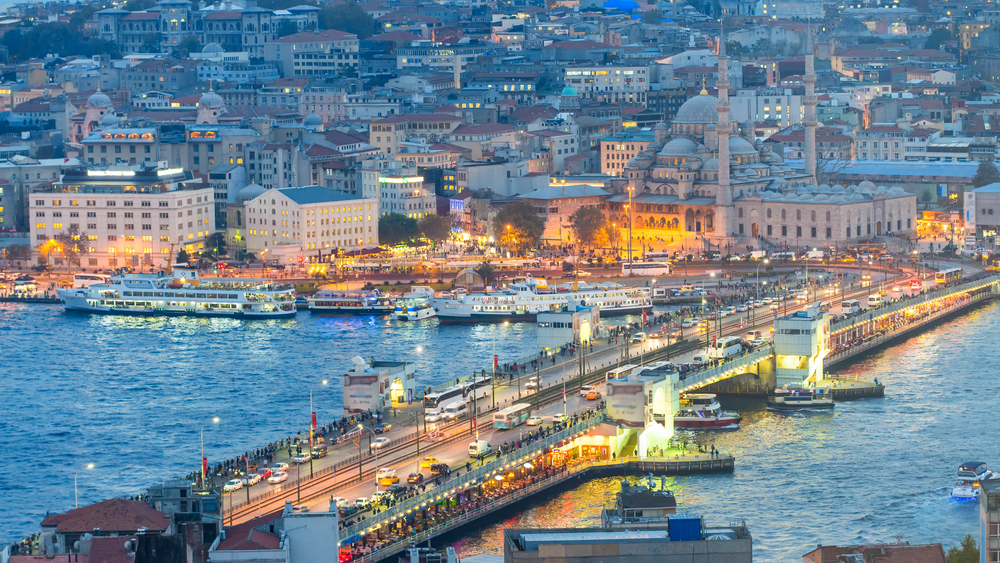 Izmir: Heading down the western coast to Izmir, and Turkey’s third-largest city, this province’s reputation stems around westernised modern living. On the outskirts, prominent coastline holiday resorts include Alacati and Cesme. The first one reached new heights of fame over the last decade thanks to windsurfing schools. Additionally, many old Greek cottages were renovated to their former state and attracted wealthy retiree Turks. Foca, another holiday destination also attracts many Turks who own holiday homes there. (Fun things to do in Izmir province.)

Ankara: Standing out for its political importance, Ankara is famously home to Anitkabir, mausoleum of the Turkish Republic’s founder, Mustafa Kemal Ataturk. Despite its prominence as the capital, it doesn’t host as many tourists as Istanbul. Yet, it does have a sizeable expat population who mainly flock to further their career or work in international companies.

Mugla: As home to two of Turkey’s top touristic airports, naturally, tourism is what drives Mugla to international fame. Covering the southwestern corner of Turkey, holiday hotspots include Bodrum, Marmaris, Fethiye and Dalyan. The Datca peninsula maintains a selective, upper-class ambience and easily attracts wealthy Turks. For the best beaches, the Fethiye region ranks as the best, and surrounding landscapes of natural beauty include Butterfly Valley and Saklikent Gorge. Mugla is also home to some of Turkey’s best marinas for sailing buffs. Given the multicultural ambience, ideal weather climate and outdoor lifestyle, many foreigners own homes in Mugla. (More about the Mugla province of Turkey.) 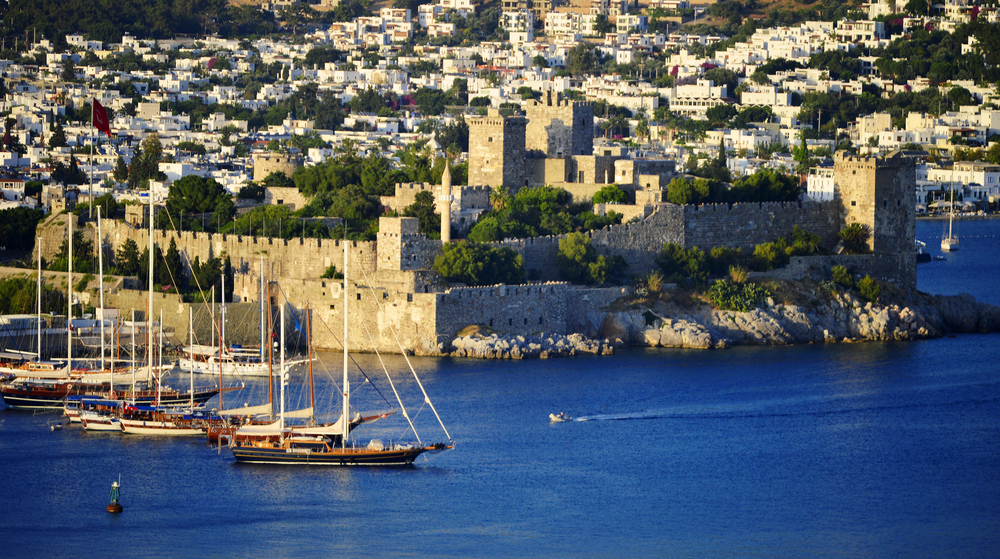 Antalya: Sitting next to Mugla, this province achieves fame as the country’s second most popular holiday destination and place for foreign house buyers. Turkish newspapers report roughly 90 different nationalities live in Antalya, making it an expat hub. This province’s weather climate promotes hot summers and mild winters, and twin this with gorgeous beaches; it is easy to understand why many foreigners choose to call it home. Alongside the city centre, the province includes smaller towns like Alanya, Side, Kalkan, and Belek, Turkey’s golfing capital. (Antalya city and holiday resort guide.)

Nevsehir: Nevsehir remains relatively unheard of, but it is home to the famous Cappadocia, a stunning landscape that defies belief. Over thousands of years, wind moulded local tufa rock into formations resembling fairy chimneys, hence why many people call it a lunar landscape. Other features include human-made underground cities that locals in history to protect themselves from invading forces. Cappadocia, a centre for early Christianity, features many ancient churches in the Goreme Open Air Museum that still display stunning Biblical frescoes. The number one attraction, a sunrise hot air balloon trip over lunar-like landscapes, hosts thousands of tourists every year. 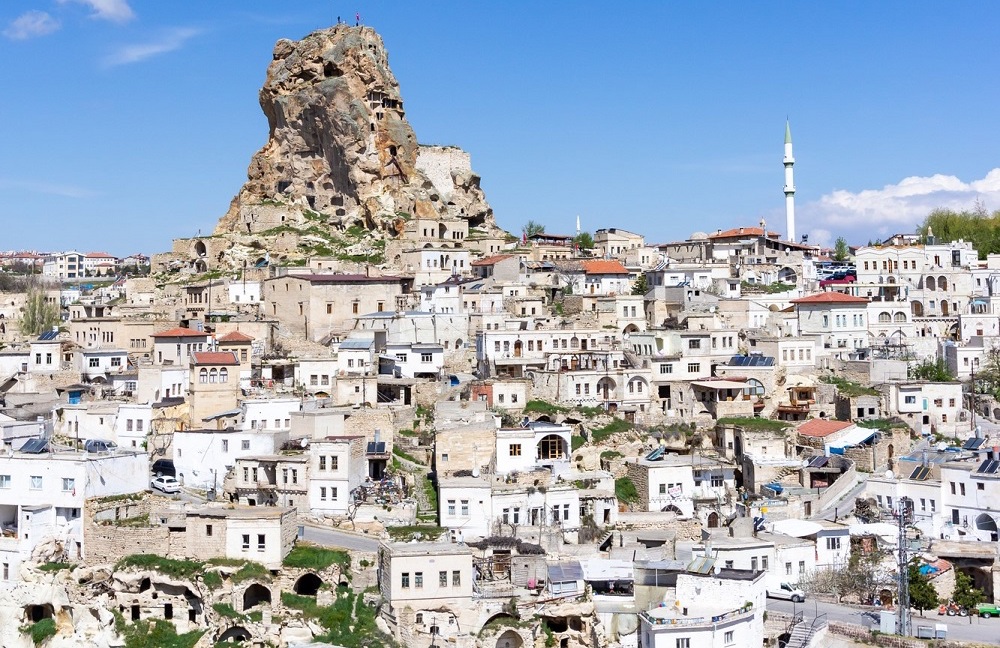 Gaziantep: Ah, welcome to Turkey’s food capital. This province earns fame for any culinary delights but more so, Baklava, Turkey’s most believed and widely eaten dessert. UNESCO designated it a city of gastronomy, so all food lovers should put it on their list of places to visit. Famous places to visit in Gaziantep include the castle, war museum and ancient coppersmith bazaar.

Sanliurfa: Known as the city of the prophet Ibrahim, Sanliurfa earns fame for its old city part and Balikligol, where local legends say Nimrud threw Ibrahim into the flames. Nearby, Sanliurfa castle gives off amazing panoramic views, but do take one day out to visit nearby Gobeklitepe. Many scholars believe this temple was the first built by humanity and its discovery threw history books and religious texts into chaos. 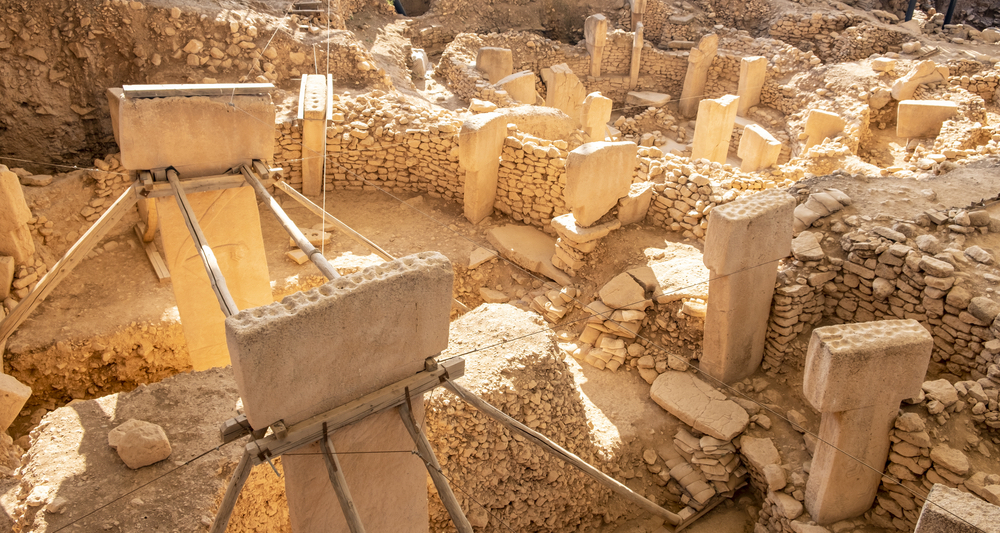 Mardin: When you head to the Mardin province, always book a hotel in the old city part, the most exciting part and regional attraction. The ancient architecture of stone houses and cobbled streets put it on the map for international travel. Giving off amazing views over the ancient Mesopotamia plains, Mardin is close to Harran beehive houses and ancient Dara ruins.

Rize: Heading to the northeast, Rize is Turkey’s tea-producing capital. The tea leaves thrive thanks to large amounts of rainfall and highly fertile soil. Heading out of the city centre into the larger province, Rize earns fame because of a rising interest in yayla tourism. Yaylas are summer houses situated higher in the mountain range where locals flocked for cooler temperatures. 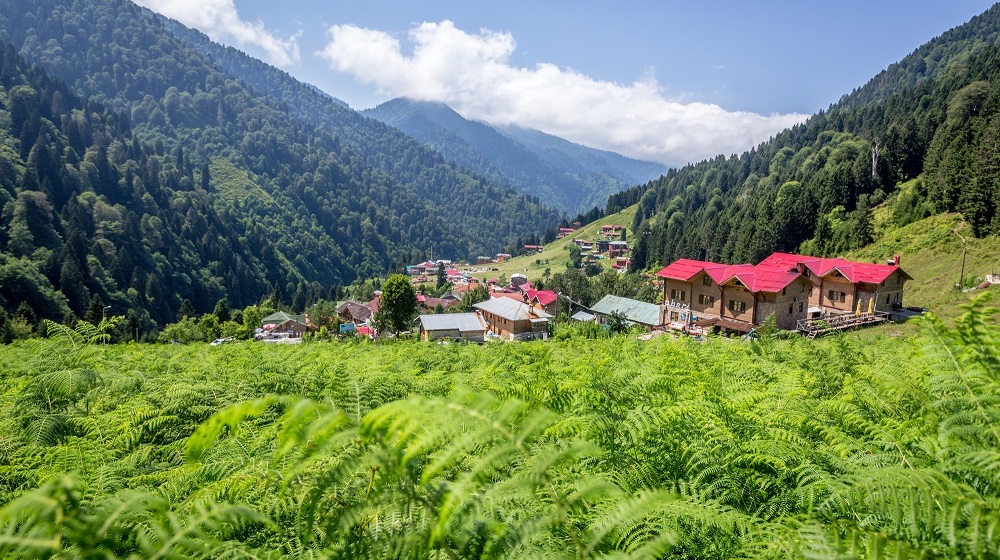 Trabzon: Sitting next to Rize province, Trabzon earns its stellar reputation as the world’s major exporter of hazelnuts. Indeed, next time you spread Nutella on your sandwich, check the ingredients for where the hazelnuts come from. Head inland into the Kackar mountain range, and likewise, yayla tourism puts this province on the map for domestic travel.

Bursa: Sitting just near Istanbul, Bursa promotes green living, and an outdoor lifestyle through Mount Uludag, which is also a prominent ski centre in winter. Historical landmarks in the city centre also belong to the UNESCO World Heritage site list, and the province is famous for the invention of the tasty Iskender kebab. In recent years, Bursa has attracted many Middle Eastern nationalities who like the similarities in culture, and often buy holiday homes there. (Why buy property in Bursa.) 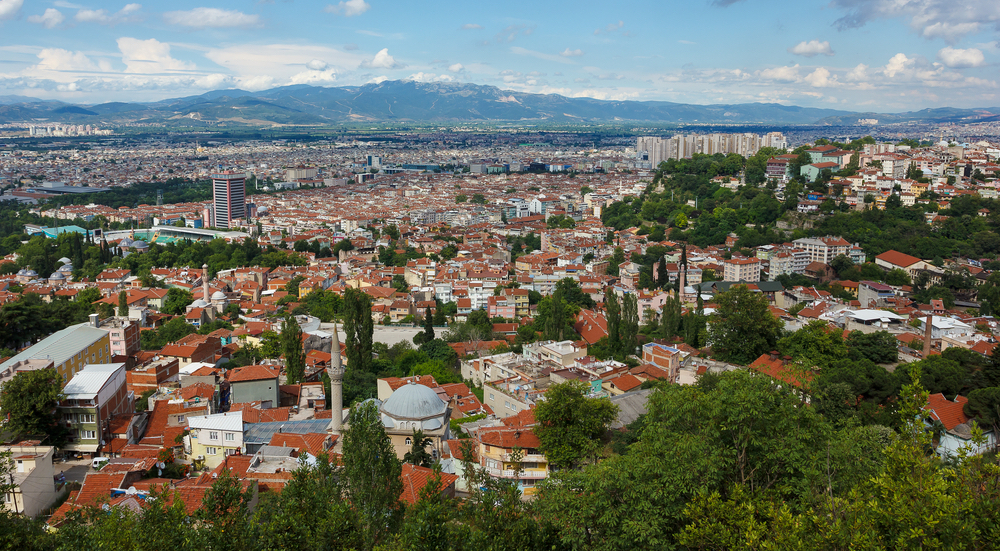 We are Property Turkey, an investment and lifestyle specialist with offices all over the country. Over many years, we have helped thousands of people buy holiday homes and houses to live here permanently. We also collected all our local knowledge to form our blog about Turkey with valuable resources for anyone planning to holiday or live in the country. Talking about food, culture, traditions, history, and more central provinces in Turkey, this insight into an incredibly diverse country makes for exciting reading.