Patara: the shifting sands of an ancient Lycian civilisation

Stretching along eleven miles of coastline, Patara is Turkey’s longest beach. Thanks to the striking Lycian ruins and the annual visits of the endangered Loggerhead turtle, the striking expanse of sand is protected, allowing the beach and its surrounds to retain and untouched feel.

At the beach’s south eastern end you can gaze upon the distant limestone mountains, which swoop down to an expanse of fertile plain where farmers have grown tomatoes, peppers and aubergines for generations. Between this farmland and Patara’s pine-edged, windswept dunes, there is a series of lagoons, where wildlife such as frogs, wading birds and turtles flourish. 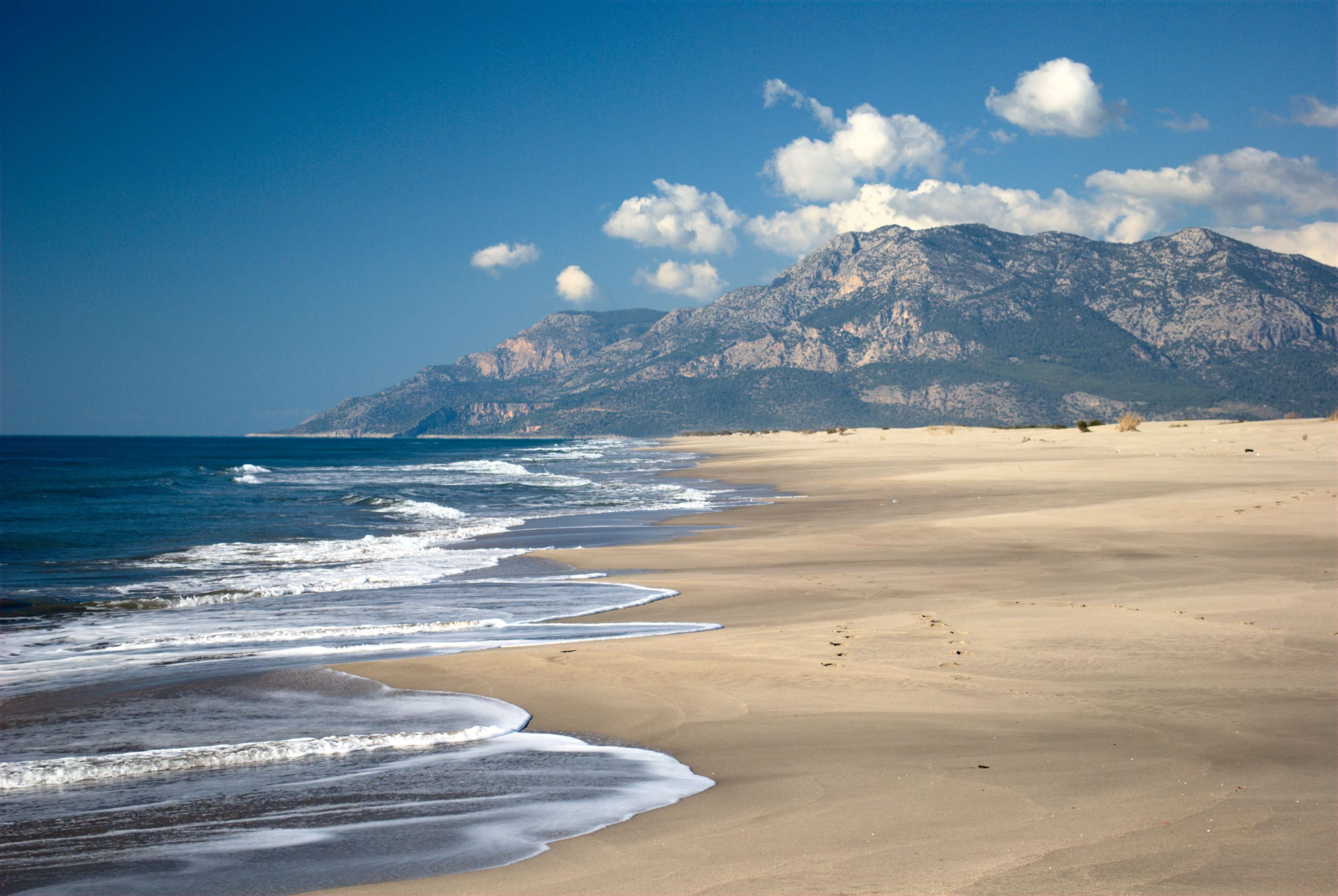 To your right, a mountain range juts into the sea, marking the end of the Patara sands. Gazing out over the sea you’ll notice the Greek island of Rhodes, fifty miles away. You might also notice that there’s nothing much around here to indicate the presence of humans - except of course the small cafe.

If you’d like to stay nearby, you can head to Gelemis, a low-key neighbourhood around a mile inland. With just a few restaurants, shops and bars spread over two streets, Gelemis is a quiet spot, but worth a stroll and a meal in one of the very cheap but decent local eateries, whose food is mostly produced locally. 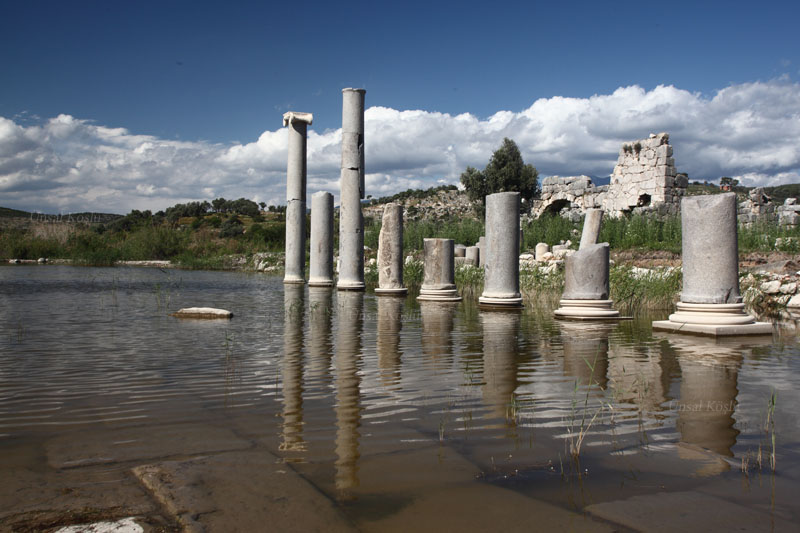 Remains of an ancient city

With its natural harbour, Patara was Lycian’s primary seaport and one of the wealthiest cities of the ancient world, known as the chosen city, or the metropolis of the Lycian nation. Following its surrender to Alexander the Great’s forces, the city became a crucial naval base, earning vital revenue for the Macedonian kingdom. The city passed through the hands of numerous civilisations, including the Romans and the Byzantines.

By the mid seventh century looting and piracy saw the Lycian empire decline. Patara held on but was eventually reduced to a small port protected by walls. By the fifteenth century Patara had been abandoned to the elements.

The ruins at Patara are some of the most atmospheric in Turkey. Although there is much to explore, a good portion of the city still remains interred under the shifting sands, including the much-rumoured Temple of Apollo. Excavations are ongoing, with archaeologists patiently sifting through years of accumulated sand to uncover relics from the past.

However, there is still plenty to see. Head to the sea shore, slightly eastward of the Xanthus river, and look out for:

Admission to the ruins is less than £2, so it’s well worth a wander through this atmospheric spot. We recommend visiting in the late afternoon, when the ancient stone is infused with a golden glow, and long shadows add mystery to the atmospheric ruins. 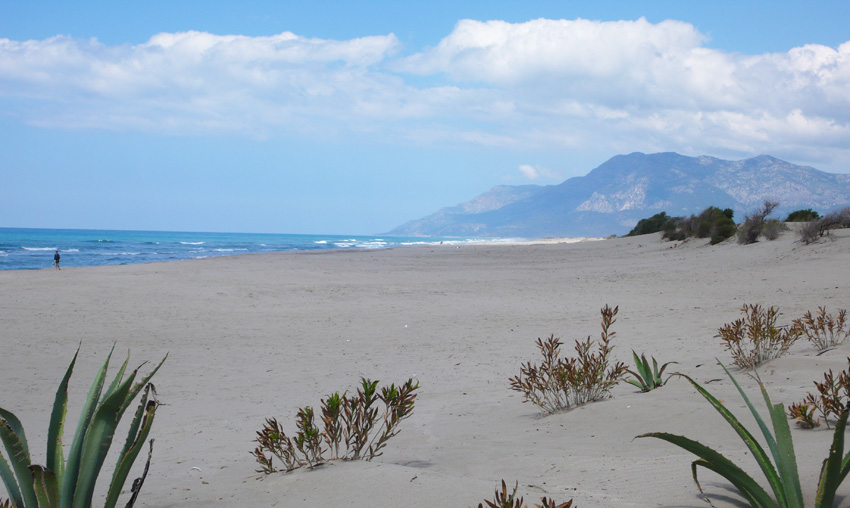 FACT: Nicholas of Myra was born at Patara in 280 AD. He was exiled and imprisoned under the Emperor Diocletian. After his release rumours of miracles rescuing children and the poor began to spread around the world. Saint Nicholas’ spirit lives on today in modern-day Santa Claus. 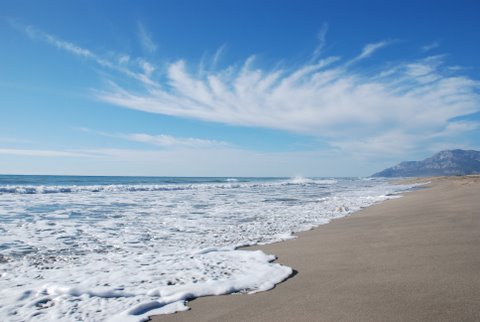 Once you’ve explored the ruins and tired of the beach, there are plenty of local activities to keep you occupied.

Bird watching: keen-eyed birdwatchers can look out for bee eaters, black redstarts, crested larks, sandpipers, black-eared wheatears, black-headed buntings, chiffchaffs and the common buzzard among many others in this protected area.

Canoeing and rafting: head to the nearby Dalaman river for adrenaline-packed thrills or a more sedate exploration of the local waterways.

Horse riding: wind your way up hillsides and along riverbeds on horseback, or gallop along Patara Beach.

Hiking: the Lycian Way stretches three hundred miles from Antalya to Fethiye. While you don’t have to do all of it, it passes through Patara so you’ll be able to get a taste of the iconic walkway.

Tlos: the Lycian hilltop citadel Tlos is at its most dramatic in Spring, with snow-capped mountains providing a striking backdrop to the Lycian and Roman remains. Visit the remains of the large church with its beautiful mosaics.

Saklikent gorge: high in the mountains, the powerful rushing river cut a narrow gorge through the rock, creating a canyon three hundred metres deep and eighteen kilometres long. Visitors can explore the canyon, which is a cool refuge even on the hottest summer’s day.

Jeep tours: jeeps take visitors high into the hills, exploring beautiful mountain villages and taking in the stunning scenery. Most trips last all day and include lunch.

Xanthos: once Lycia’s capital, Xanthos dates back at least ten thousand years. Perched on a hillside overlooking the Xanthos Valley, it’s a striking and very interesting collection of ruins for lovers of all things history.

Islamar: Ten minutes away from Kalkan, Islamar is a mountain retreat in the scenic Taurus mountains. The village contains just a few homes, a mosque, a tea garden and flour mill - where flour is still ground the old fashioned way, with water. It’s well worth visiting this tranquil spot.

Kas: A little over an hour away, the emerald-green peninsula of Kas is an idyllic spot on the Mediterranean coastline. Popular with hippies, artists and lovers of tranquility, Kas is well worth a visit - or a longer stay. 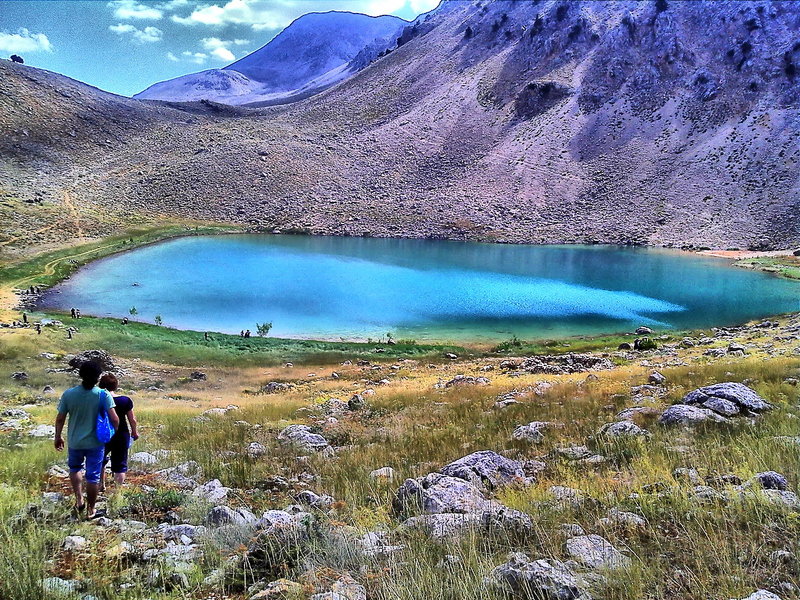 Gombe and the Green Lake: the stunning Green Lake is around 6500 feet above sea level and is famous for its healing waters, which are kept topped up by melted snow. Near the lake is the village of Gombe, a nomadic town with friendly, hospitable people who sell their handicrafts to visitors.

How to get to Patara Beach

Buses run regularly between Fethiye and Antalya. Make sure you ask your driver if they’ll stop at Patara - some buses are express services.

From the bus stop you can get a local dolmus into town, or walk.