Now is the Right Time to Invest in Istanbul

We've heard a lot recently about the end of globalisation. The turn back inwards toward domestic interests in the world of investing. Why would someone ever invest in real estate outside of their home country? Well, people like adventure, to be honest with you. They like to do something different; Something noteworthy. They've tried and tested their home country, and what you find in the case of 99% of our clients is that they already have a home plus, possibly, other investments in their home countries. Really, the question we should be asking, when the world is your oyster, and you can invest anywhere, why come to Turkey? What makes Turkey so appealing, as to pull investors away from the trend of the moment?

Why Should People Invest in Real Assets?

To answer these questions, first we should analyse the macro motivations that are helping to buck domestic trends and drive investors into foreign markets. The first is the current desire to own REAL assets. What are Real assets? Capital 'R', Real assets refer to investments that one can physically hold, in the real world. In fact it may be easier to explain what they are not.

Put simply, Real assets are not currency, stocks, bonds, and other financial instruments that are popular in bull markets. These tend to be future oriented idea related investments. In markets displaying inflationary, and bear characteristics, digital and non-Real assets tend to hold inherently more risk due to their separation from Maslow's Hierarchy of Human Needs. In other words, in down markets, investors prefer their money to be held in things and not ideas. Commodities, precious metals, and yes real estate are great examples of things that are truly timeless in relation to human existence.

How is the World's Landscape Shifting for Real Estate Investors?

The last few years has marked sizeable shifts in many arenas of day to day life on this planet. From COVID, to social justice issues, war, technology, human rights, supply chain logistics, and so on, and so forth. The business of doing business has been disrupted. And we currently are inhabiting a space of uncertainty in the eyes of many investors, both in the world of the markets and in the lives of humans. So in times of uncertainty, the prevailing thought amongst investors is, as stated above, to move into Real assets.

With all that being said, here are Property Turkey, we deal in one Real asset in particular. That is property investment. Real Estate is similar to other Real assets in regard to its finite supply. As opposed to currency, which can be scaled to infinity, there is only so much land on Planet Earth. And for as long as Earth remains the singular planet inhabitable by human beings, that will be the case. So even though global uncertainty has prioritised domestication of many resources in the eyes of investors, energy in particular, land remains one Real asset that has retained global appeal. 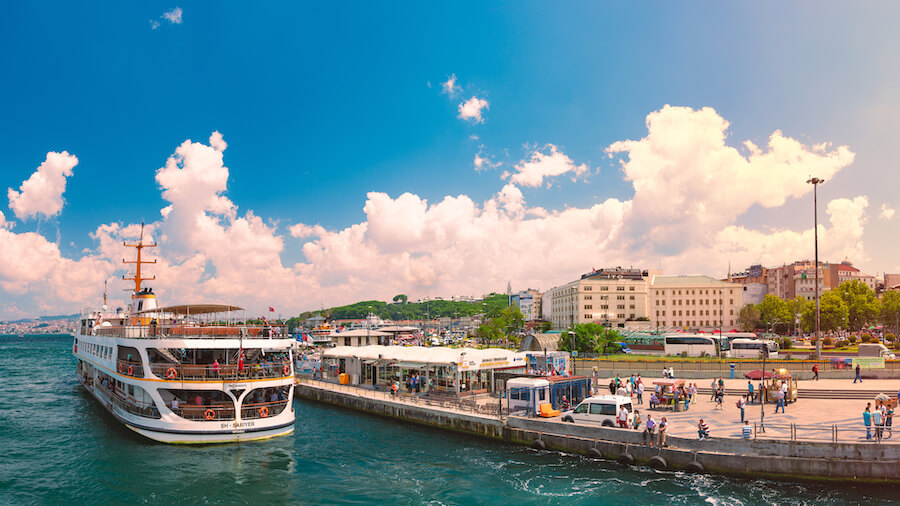 Where is Turkey in This New World?

As an emerging market, Turkey entered into 2020 on an entirely different part of the development curve in comparison to its Western counterparts. What does that mean? That means that Turkey's economic situation has an entirely unique and independent set of variables, strengths, weaknesses, and objectives compared to their Western counterparts. That means that Turkey, as a country, not only has been been uniquely, negatively effected by global events, it has also been uniquely, positively affected.

For example, inflation. While Turkey's economy has also suffered from the current global inflationary environment, it is reacting different than developed nations like the US and UK. Developed nations raise interest rates, in order to slow inflation. But this also slows growth. Turkey, in contrast, has cut its interest rates. The short term effect of these cuts has been the devaluation of the Turkish Lira. Why would a developing nation, with a struggling currency, defy modern economic principles to further devalue their currency?

The answer is growth. Turkey has zagged. Times of uncertainty for some, are times of opportunity for many others who have been waiting patiently. Turkey is one of those others. Turkey is one of only a handful of countries, in the world, with the opportunity to make agile, flexible, unconventional, growth-oriented decisions in this time change.

This is all a long way of saying, Turkish Real Estate is on sale for a discount right now. The country has lowered the bar of entry for investors savvy enough to get on board for Turkey's aspirational, prosperous future.

What Are the Benefits of Diversifying Crypto Holdings?

Many of our clients who have accrued gains in the cryptocurrency space have a new found interest in Real assets. This seems counterintuitive because the people who have accrued enough gains in crypto to purchase property largely have been early adopters. Many crypto projects are still in their infancy, yet Real Estate continues to offer attractive risk-averse safe haven for the world's foremost risk-taking minds. Real Estate has proven to be the yin, to crypto's yang. Even amidst rising construction costs and increasing sale prices, the upside remains in the safety of high demand.

But is there a Bubble forming?

In Istanbul, we have seen for many years, the fluctuation of pricing both in the city and on the bleeding edge of its expanding suburbs. Depending on the circumstances there have been "bubbles" in certain segments. An example of such being, the escalation and bursting of prices for large development compounds around the outskirts of the city. Another example being, the escalation of pricing in isolated pricing in certain pockets of the city to unwitting buyers, particularly in urban regeneration areas after the 1999 earthquake.

But today, we don't believe there is a bubble. There is an awakening to Turkish Real Estate value. When compared to Istanbul's European equivalents, Istanbul remains the lowest priced real estate on the continent despite reports of increased pricing. What we have seen evidence of, is a widening of the chasm between the lower and upper class. Increasingly, we have seen an elevated barrier to entry which corresponds to global trends of wealth accumulation. So as Istanbul prices rise, they rise slower than rising pricing found in metro areas around the world.

In many ways Turkey offers the greatest opportunity of growth and success in a world of uncertainty. 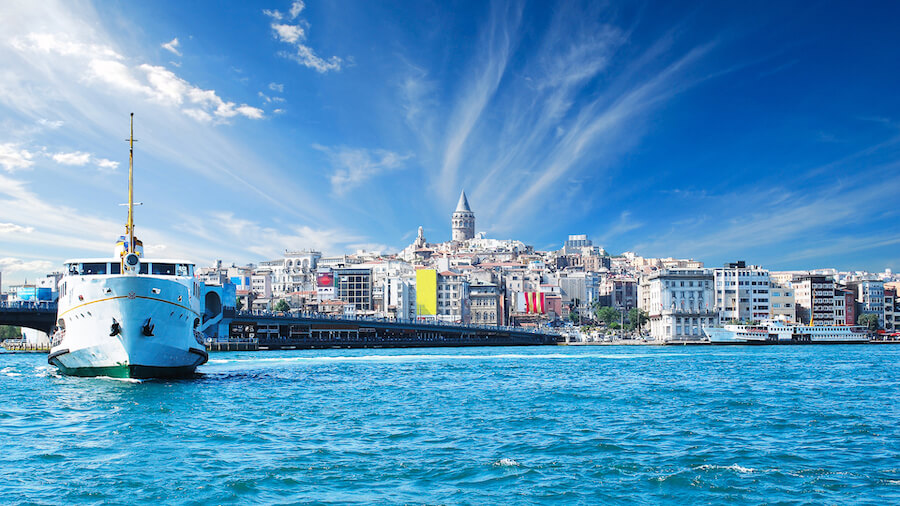