Property Turkey Blog Lost and found: the joys and frustrations of life in Turkey

Lost and found: the joys and frustrations of life in Turkey

When she left the UK for a new home in Bodrum, Marie Coggin had no idea what was ahead of her. She looks back on some of the things she lost along the way, and realises the value of the unexpected gains she's found along the way. 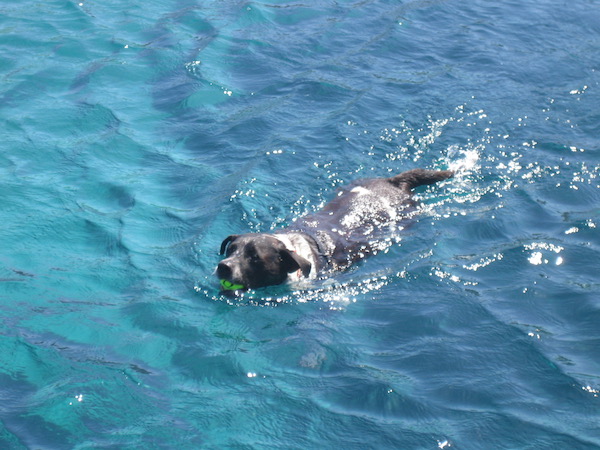 As I stepped into the terminal at Dalaman Airport I felt all eyes on me. Harry, whose relentless barking was bouncing off every wall, was announcing our arrival to all and sundry.

Although embarrassed, I felt relief at his safe arrival. My concern turned to whether the paperwork was in order so we could start our new life in Turkey; our holiday without an end.

The female customs official with her chiselled, brittle features was far from amused by Harry’s behaviour. I doubted she had cracked a smile in the past 15 years and she looked like she had stepped down from the set of a Soviet spy movie.

I stood motionless in front of her huge desk for what seemed an eternity. She appeared to flick randomly through some documents amidst the mountainous piles of paperwork. As she eventually lifted her head up towards me, I felt her look of disdain permeate right through me. I knew what she was thinking. Here we are in Turkey with hundreds of stray dogs to choose from and yet you, stupid Englishwoman, want to bring another one into the country.

Just as I had convinced myself that we would be back on the next plane, she lifted her arm, rubber stamp in position and I felt the thump as it came down on the table. My feeling of relief was palpable - we were staying after all!

Sadly, Harry is no longer with me. He departed from our journey after four and half years of happily swimming in the Aegean. Along with Harry, I have lost many things including family and friends over the last decade but I have also found plenty. Here are a few things I have 'lost and found' since Harry announced our arrival at Dalaman Airport.

Lost: power in the face of bureaucracy

As obvious as it seems, it is easy to forget that things are done in a different way in a foreign country. Lesson number one is to learn to live with the confusion: especially when it comes to Turkish bureaucracy, which often makes little or no sense to Turks either.

It seems every simple procedure such as buying or selling a car requires a visit to the notary. At the notary, documents are rubber stamped, and each rubber stamp attracts an additional notary fee. And as a foreigner, you are required to pay for the services of a registered translator. So although you might feel confused, at least you will understand why you are confused in your native language.

Rules and new regulations are introduced and amended on a regular basis. It is not uncommon for us yabanci (foreigners) to find ourselves educating government personnel about these changes. The very departments who are meant to be implementing changes are often the last to know!

Here, no is not a word you hear much. There is always a way around things. If you announce a new law to an English person, they will tend to think about, have a moan and immediately adhere to the new ruling. Tell the same to a Turk and you will be met with silence as they try to work out the way round the new ruling before they reply.

Turks do not do rules very well. I have found that can be one of the  most endearing things when things are going well for you but a source of utter frustration when things are not. 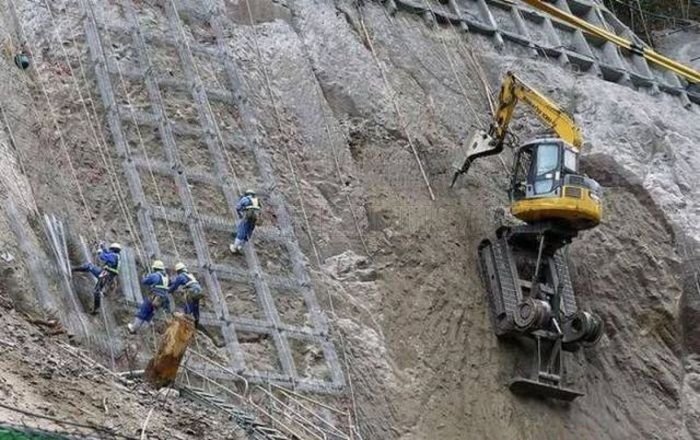 Along with motorcycle helmets, seatbelts are rarely worn and most cars are treated as mobile telephone boxes with drivers generally having a phone permanently attached to one ear.

I have learnt that signs declaring 'road closed' are often best ignored and that signage on beaches declaring 'No BBQs' generally make good windbreakers for lighting the barbeque behind. I have become so Turkish I have been chastised by law-abiding Turkish German holidaymakers. 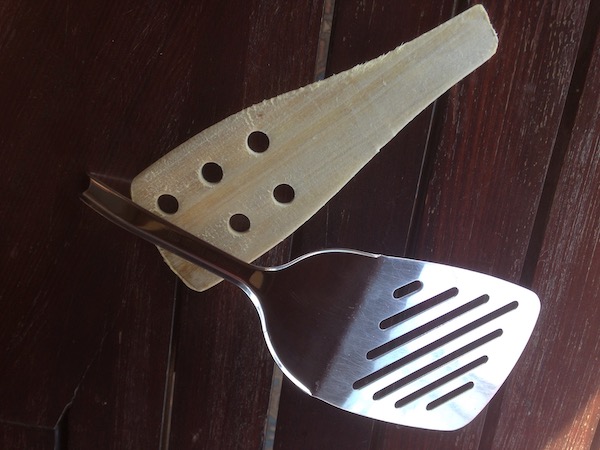 How does a plastic bucket develop a leak a few weeks after buying it? How come a potato masher on its first encounter with a saucepan of boiled potatoes ends up looking as though it has had a meeting with Uri Geller or Salvador Dali? And why do I have cooking utensils in my kitchen drawer still in use years after their handles fell off on first usage?

Once, a large (international) retailer refused to exchange my 'corked' bottle of wine because I had opened it. I was bemused: how I was to know the wine was corked without opening it, and amused recalling Basil Fawlty explaining to a customer that the wine had to be corked to get it out of the bottle and into the glass!

Another extraordinary moment for me concerned a large retailer in Bodrum. The doors of the shower cabin I had purchased three months earlier had fallen off due to corrosion of the pulleys.

I was lectured by the store manager that it was my fault for buying a cheap model. I pointed out that their showroom was still showcasing six similar showers to mine. Yes, he reasoned, but how could I possibly expect a shower unit that was similarly priced to a lunch out in Yalikavak to not fall apart? Again, I left the store bemused, albeit less amused. Maybe, I pondered, I had missed reading the label that stated the shower cabin should  'not be used near water'. 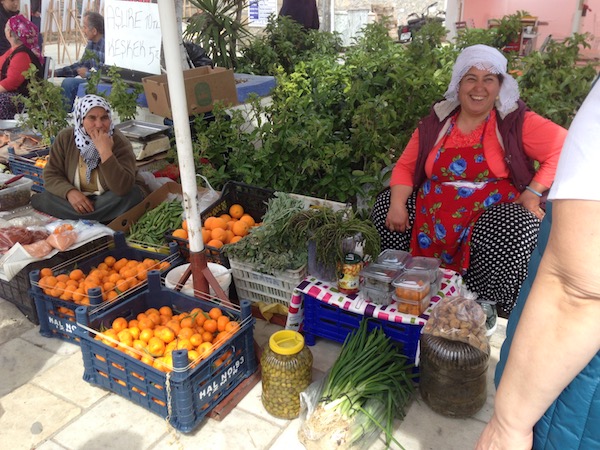 One of the joys of living in a country that has proper seasons is that one can plan a barbecue almost any day between May and September without giving rain a thought. Consequently, barbecues and outdoor events can be planned ahead rather than on the basis of 'maybe tomorrow if the weather's good!'

With little thought given to the likelihood of events being rained upon, Turks take advantage of their predictable weather to hold many open air festivals celebrating everything from mushrooms to almonds, anchovies, equinoxes and wild greens.

Lost: respect on the road

Turkish people are generally characterised by being friendly, hospitable and welcoming. So what happens to them when they get behind the wheel of a car?

Soon after arriving, I learnt that as a driver, I should not stop at zebra crossings as a) motionless, scared pedestrians would look at me convinced I was about to shoot them; and b) a quick look in my rear view mirror would confirm the driver behind me had no intention of stopping under any circumstances.

Stopping at red lights does seem to have improved, although we tend to think of red lights, along with indicators, as discretionary. A flash of headlights tends to mean that the car is not going to stop under any circumstances and likely to plough straight through you to avoid doing so rather than suggesting a polite, “after you”, as it does in the UK. 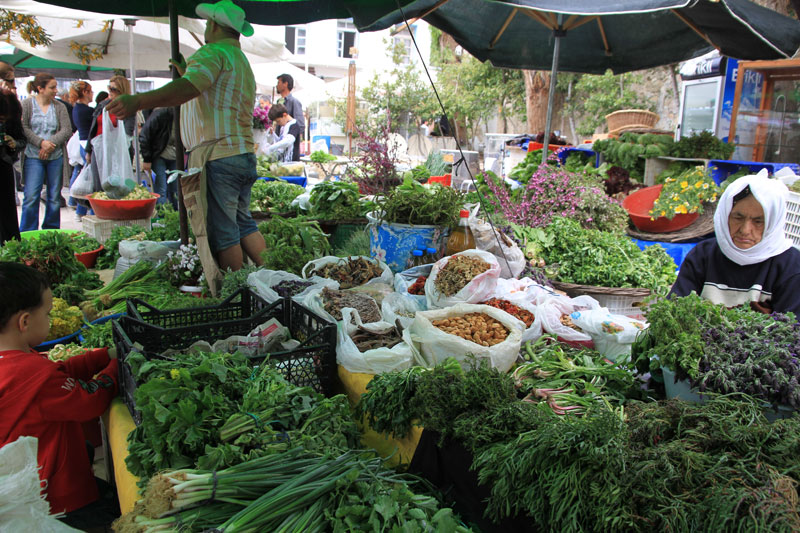 In Turkey, it is easy to enjoy a healthy diet. Whilst my native country appears to follow fads and new ideas on what is healthy for you it seems every Turkish person can tell you precisely what food or herb or spice is good for what.

I have learnt not to expect to find cauliflower or broccoli in the summer months at the markets but to look forward to them in the winter. There are not many vegetables available out of season here, other than maybe lettuce and tomatoes. I recall the time when the former was not available in summer and the latter not available in winter.

Lost AND found: a sense of humour

The most important thing to add to both sides of the list is a sense of humour. On occasions, this has been lost, which is to be expected while navigating an unfamiliar culture. What is vital and important is that it is quickly found again!

State-of-the-art brand new luxury home for sale in Turkbuku in Bodrum, fully equipped with outstanding extras and facilities within the property – this is one of the best that you will find today in the entire peninsula.