When drinking popular beverages in Turkey, get ready for a whirlwind journey of varied tastes. The drink industry thrives on our thirst for unique flavours, whether this is energy drinks, bottled water, fruit juice, fizzy carbonated drinks, booze, or bottled soda. Some drinks are seasonal and confined to the winter and summer months, while others are a firm favourite that displays the Turkish culture in all its glory.

Let’s start with the classic because it would be sacrilege to discuss any other beverage before Turkish tea. Most newcomers to Turkey are often surprised to learn that Turkish people are not a nation running around high on caffeine. Many people think Turkish coffee is the favoured beverage, but it is in fact sugary tea.

1: Turkish Tea and the Culture

Tea popularity is proven in the government-owned tea industry called Caykur, which is one of the most profitable in the country. Grown in the Black sea in places like Trabzon, which has fertile soil and a mild climate, a good estimation is that the average Turk drinks eight glasses or more a day. Served in tulip-shaped glasses, some Turks add copious amounts of sugar cubes to black tea but pay attention to the social protocol.

Across the country, the tea house is a male-dominated environment. The click of tea glasses resonates along with the tapping of backgammon pieces or okey slabs, a popular game is like rummy or Mahjong. The no-woman environment would be enough to get any hard-core feminist worked up, but society has also got around this rule by opening tea gardens, which make a roaring trade in the height of summer. Open to women and children, first-time visitors to Turkey will enjoy these gardens for people-watching, drinking tea and deep insight into Turkish family culture. 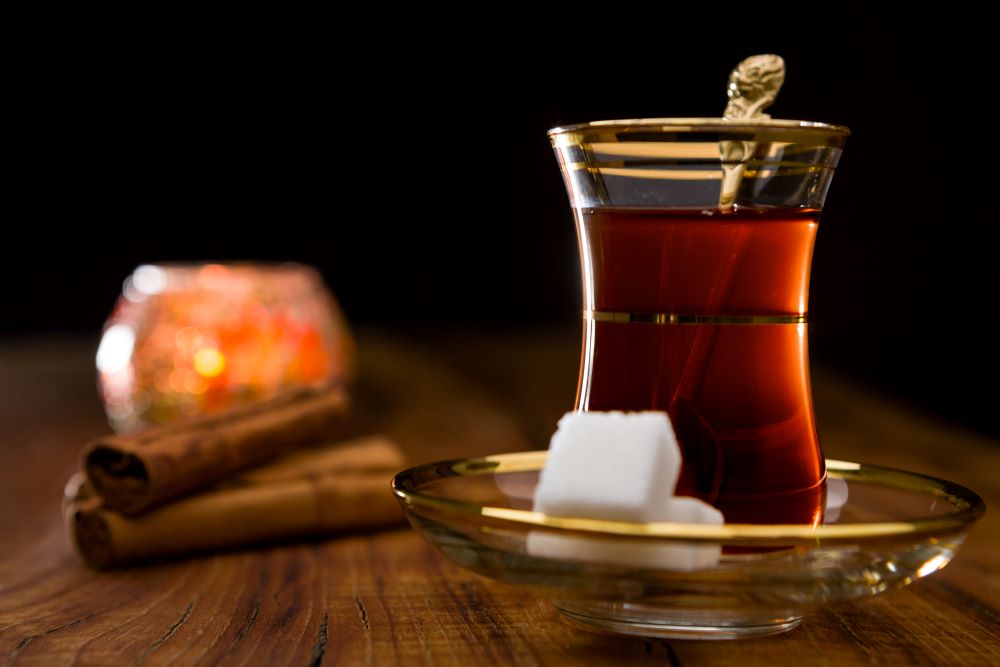 The popular alcoholic drink classed as the national favourite is Raki, a clear aniseed liquid-like Perno or Greek Ouzo, but much more potent, often at 48% alcohol. Across the country, shops sell hundreds of bottles of the two national brands; Tekirdag and Yeni Raki. Its nickname appeal more to a strong blooded Turk. Consumed while eating fish or at a BBQ, tradition dictates that water is added, resulting in a milky white liquid looking like lions’ milk. Many Turks will state with a defiant smile that they felt like a lion after just one glass. A tip to try is drinking Raki while eating white cheese and honeydew melon. The blend of tastes is to die for. 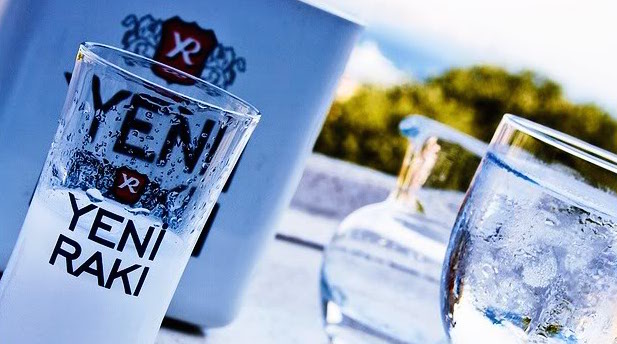 3: Efes Pilsen: The Most Popular Beer

Alcoholic beverages are plentiful, so if Raki does not sit well on your taste buds, the national brand of beer might. Efes Pilsen has won dozens of awards across the beverage industry for its unique taste, and this has led to spin-off versions including Efes Dark, Efes Light and Efes Ice, a more subtle version. The company, formed in 1969, did well across the country, because of its unique style of advertising by sponsoring shop billboards and beach umbrellas. This all changed in 2014 when advertising regulations for alcohol became much stricter, but they are still the favoured brand of beer, followed by Tuborg.

Forget your cappuccino, to end the evening, because many Turks enjoy a strong cup of Turkish coffee, albeit the taste is gritty and intense to most foreigners. The bitterness and the kick from the unfiltered ground coffee results not from the beans itself but from a unique process of brewing roasted and grounded coffee beans. We find similar coffee drinks across the Middle East, and the hot drink is also engrained in old social customs. The practice has died out in the western parts of Turkey, but in the East, when a potential suitor visits the house of his desired bride; both will use the coffee-making process to gauge each other’s character. They assess a bride on her ability to make good coffee, while others say she will fill the cup with salt instead of sugar to determine the temper of her future husband. 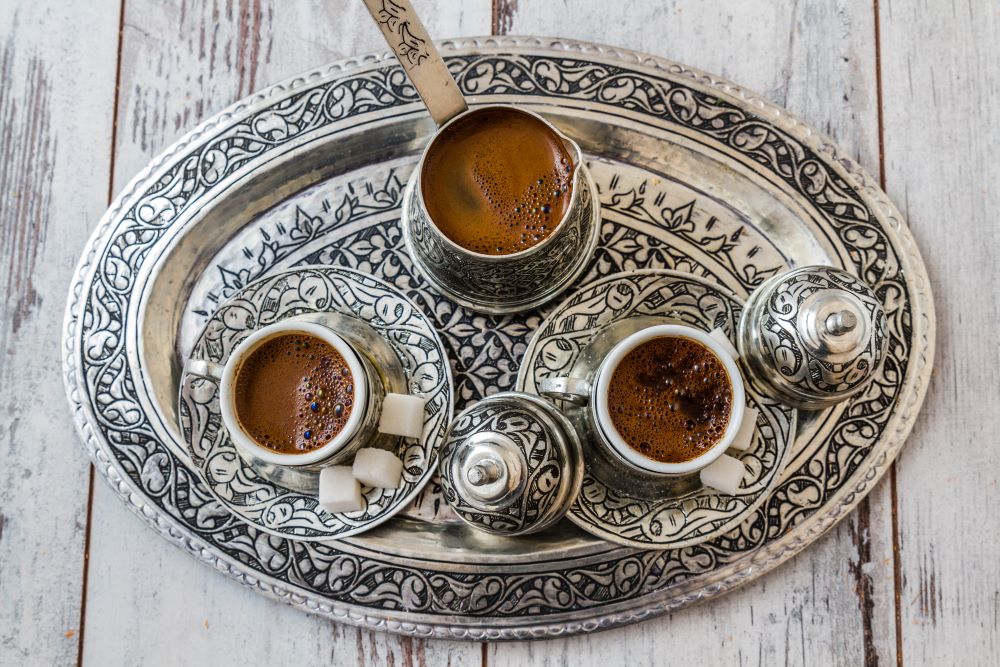 An ideal non-alcoholic, hot drink to try, if you visit Istanbul in winter, is Salep. Sold from the street cart stands, this drink is the perfect warm-up in cold weather. Made from the orchid genus flower, the starchy ingredients mixed with hot milk or water and served in a small plastic cup with steam oozing from the top is a sweet and tasty alternative to Nescafe. In stark contrast, the other popular item made from salep flour is the ice-cream from the Kahramanmaras region of Turkey, therefore making Salep a popular year-round product. 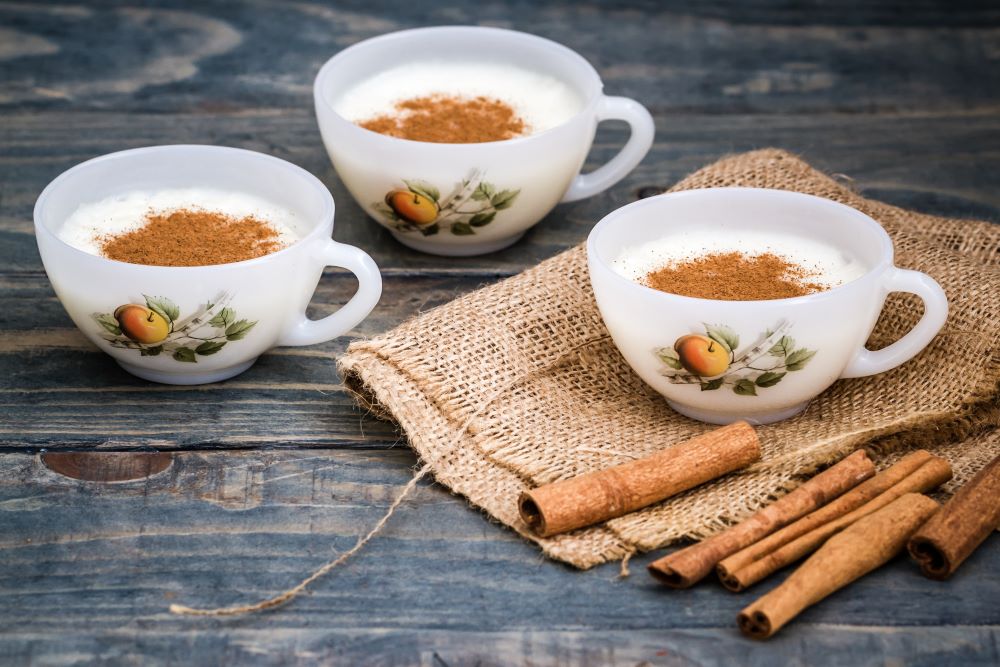 Put aside the ice tea, because a must-try while in Turkey is Ayran, a mixture of yoghurt, salt, and water, eaten at lunchtime with a kebab or other street food. Few foreigners like the taste, but Turks swear it is the answer to hangovers, and stomach aches. At the well-known fish boats of Galata Bridge in Istanbul, locals buy cheap fish sandwiches, and if they do not order Ayran, they will drink a glass of Salgam, which to foreigners is even more of a strange soft drink. The fermented carrot and turnip juice mixed with salt and spice is another beverage said to be the perfect cure for a hangover. You should try it once, although I suspect, the gained taste will not become a favourite of yours. 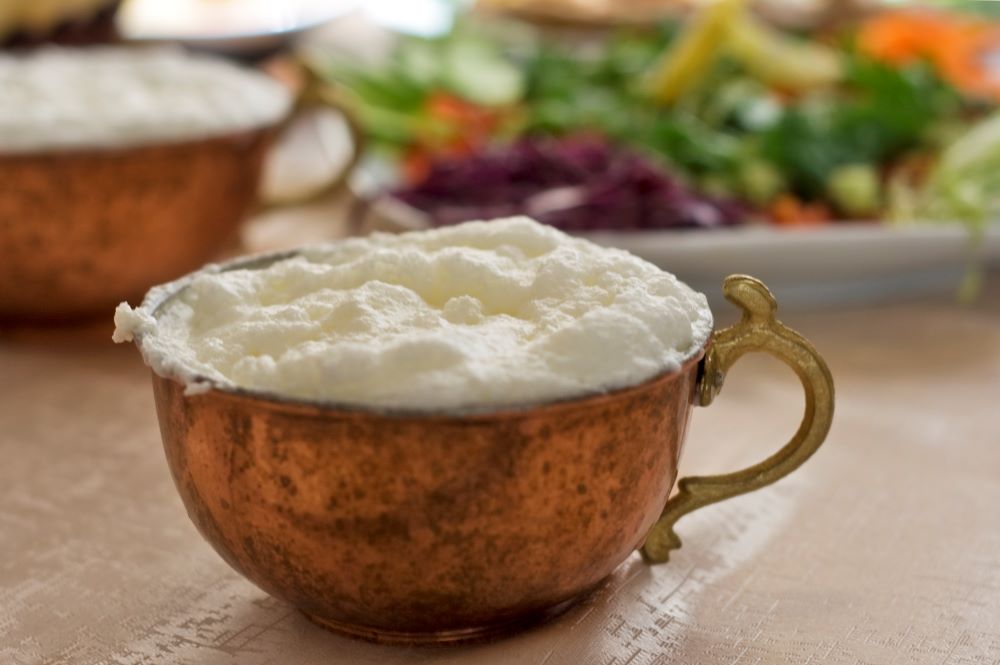 Guide to Turkish Food: Whether you are drinking non-alcoholic beverages in Turkey, or something with a little kick, all drinks need tasty Turkish dishes to go with them. In this article, we suggest where to start and what to taste, on your journey of the Anatolian cuisine. Ranging from the time-honoured Turkish delight and baklava to typical meat dishes, and regional Aegean and the North Sea coast recipes, it is a great starter guide.