Property Turkey Blog Is Couchsurfing in Turkey Ideal For The International Traveller?

Is Couchsurfing in Turkey Ideal For The International Traveller?

The advance of technology in the last 20 years has revolutionised our daily habits and bought us many benefits such as saving time and money. It has even changed the way we travel. Agents selling mainstream package deals including flights, hotels, and transport are no longer the leaders in this industry. Instead, independent travel is the top trend, and website communities like Couchsurfing are at the heart of young and old generations who want to connect with locals for a more authentic experience and save cash at the same time. This concept is also big in the country of Turkey. 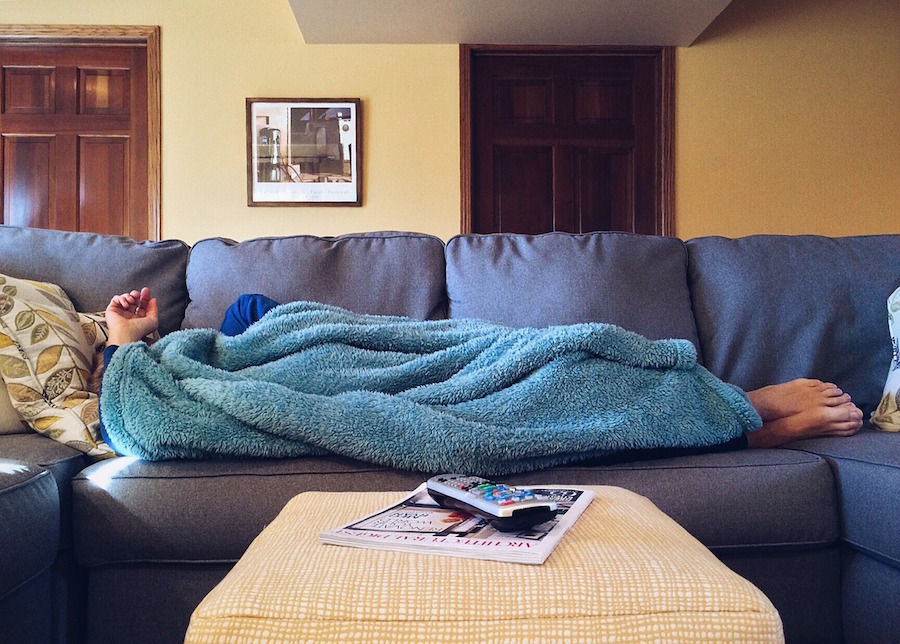 “With Couchsurfing, you can stay with locals in every country on earth. Travel like a local, stay in someone's home and experience the world in a way money can't buy.”

So, travellers reserve someone’s couch or spare bedroom for a few nights at no cost. Alternatively, if you are happy with opening up your Turkish house to strangers, you can become a host instead. As well as the cost saving feature, the emphasis of travelling like a local, appeals to people who want to know about the culture, food, local places to hang out or even just to make friends with people from outside their regular social circles.

According to third-party unofficial statistics, by 2014, there were 7 million active users of the Couchsurfing website and brand. Fifty-three percent of these were male, and the most favourite country was the USA, although, in the same year, Couchsurfing hosts in Istanbul gave up their settees to roughly 41,000 travellers. Other popular Couchsurfing destinations in Turkey include Izmir, Antalya, and Ankara, so it seems big cities are where this concept is particularly used. 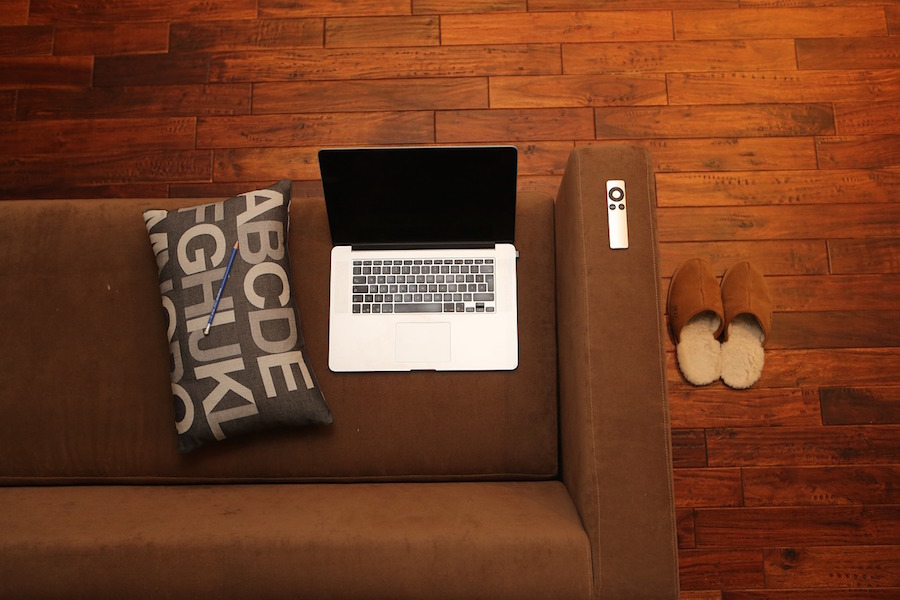 When you open an account with Couchsurfing, whether you are a host or traveller, you can verify your account with PayPal or credit card. This matches the profile identity details with the name on the card and the address connected to it. Verification is just £13.00 year, and many members only connect with people who have verified accounts. Numerous other methods include checking telephone numbers and publishing references.

Is Couchsurfing in Turkey Safe for Females?

At the same time as the account verification mentioned above, hosts in Turkey have the additional options to verify their address, and government ID, although we haven’t spotted many profiles that have done the latter. Couchsurfing also says that hosts and travellers should fill their profiles with as much detail as possible and users should read these carefully along with reviews. This gives an indication of the host's personality and expectations.

Unfortunately, as with every country, the discerning traveller that has been to Turkey knows that some Turkish men have a reputation as handsome Romeos, love rats or just persistent admirers. While some romances turn into long term marriages, some Western women complain about unwanted attention. Even with all the precautions taken, some Turkish men still insist on using Couchsurfing like an online dating website and misunderstandings happen. If you are a female and opt for a male host, meet him somewhere beforehand and check what the sleeping arrangements are.

Couchsurfing does have a dedicated safety team, who give advice on how to use the site responsibly and how to report any profiles using the website to harass or date people. They want to safeguard their users, particularly females from unwanted attention or events, but regardless, many Couchsurfers across the world say female solo travellers should stay with female hosts only.

The Cultural Differences of Couchsurfing in Turkey

Regardless of whether you are male or female, cultural differences in homes across the world do exist and in Turkey, will be even more evident to westerners. However, the good news is that these differences are actually good, especially if you are a food fan. Turks are famous all over the world for their welcoming hospitality, and the most you will have to worry about is an endless supply and choice of delicious Turkish savoury and sweet dishes.

Turks will also introduce you to their friends and teach you basic Turkish words to help you in everyday life. They will tell about local swindles to avoid and places where you are likely to be overcharged. Turkish Couchsurfing hosts generally go out of their way to accommodate their guests because their culture insists that every stranger is a friend and should be shown the utmost respect. In return, they only want to know more about you and your culture. The main point to remember is to leave your shoes at the door because Turks wear slippers in the house.

Is Couchsurfing for Everyone?

The answer to this is no. Although Couchsurfing is free, the emphasis is on connecting cultures through friendships and meetings. So if you are a private person whose only interest while travelling is to see the main attractions and landmarks, you will be better off in a hotel.

As a member of the community, you are expected to spend time with your host. Dumping your bags in their home and spending the rest of the time ignoring them, is rude and likely to net you a negative review for your profile. This will ensure that no host will ever give up their couch to you again.

Likewise, all hosts have house rules that you should respect. Picking up friends in the local nightclub and taking them back to your host's house, could see you promptly thrown out of the door, in the middle of the night. Couchsurfing is a two-way, mutual cooperation and shouldn’t be abused or used just to save money on hotels. 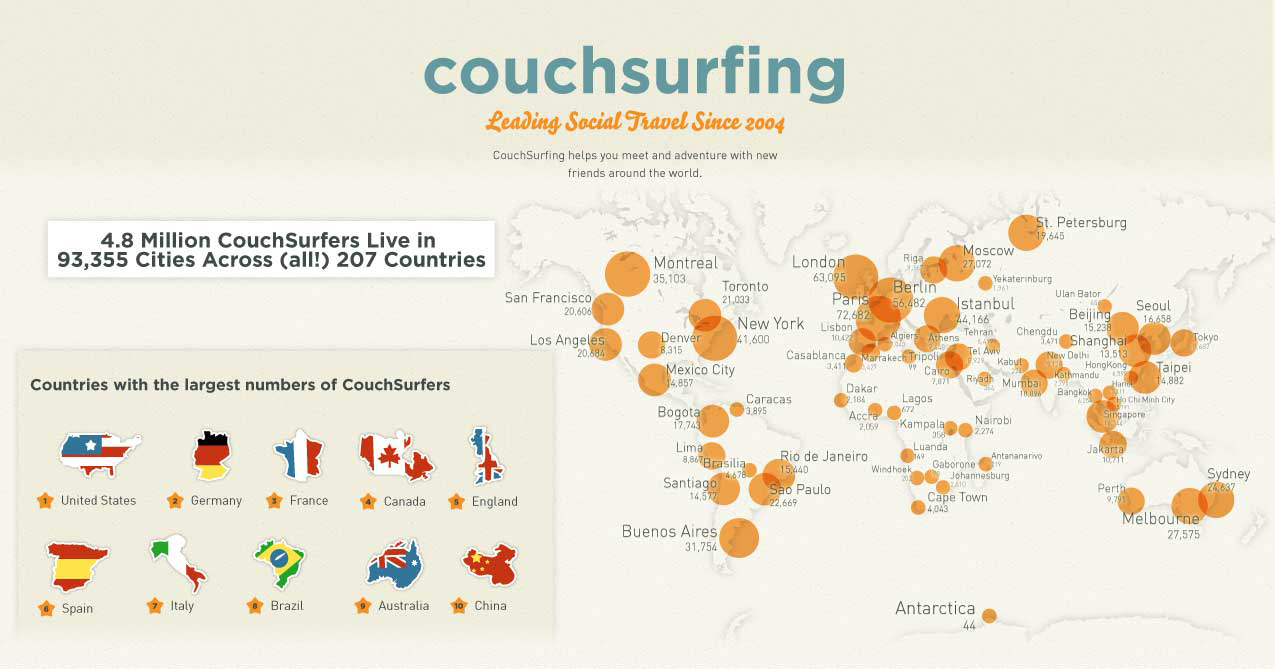