Property Turkey Blog How to Spend 24 Hours in Bodrum

How to Spend 24 Hours in Bodrum

Bodrum on the Aegean coast of Turkey is a clustering of small holiday resorts and a larger town centre. Known as a major player of the Turkish Riviera, it has firmly established itself on the international yachting scene because of its excellence, not only for sailing boats but also for making them.

Visitors have chosen well because they are pleasantly surprised with its gentle and subtle fusing of all things old and new. Ideally, the highlights of the jutting peninsula need 4 days to be explored properly, but on a flying visit, one day is enough to see the main attractions, depending on your interests. Due to the enormous range of things to do and places to go, we have listed our top three favourite ideas of how to spend 24 hours in Bodrum. 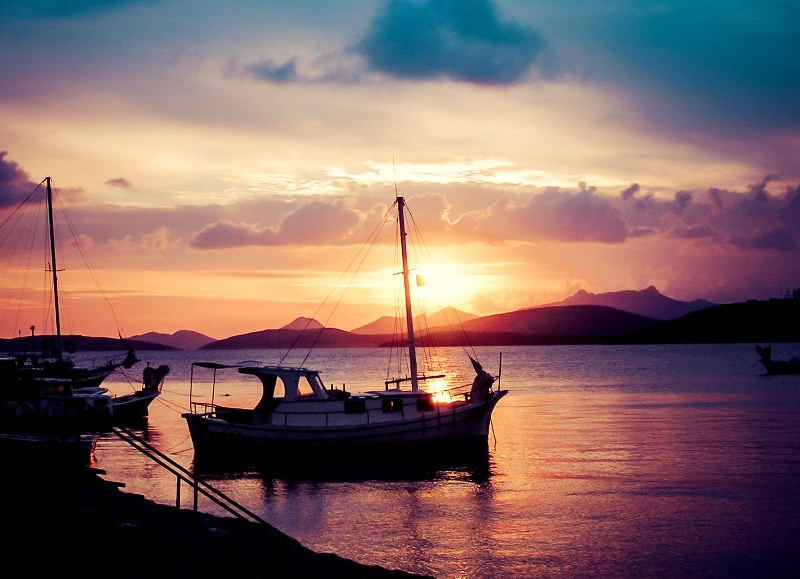 Smaller coastal resorts each have their own identity, characteristics and attractions and by hiring a car for the day, are easily explored at a slow, pleasant pace. Yalikavak, once a traditional haven for British expats, is now the playground of the rich and famous thanks to the inclusion of a state of the art marina that holds some of the most luxurious yachts in the world. You do not have to wander from the new part of town, though, to find the traditional old sector with Turkish teahouses and restaurants. Another great insight into how rich and famous Turks live is visible in the upmarket resort of Turkbuku, an amalgamation of two former fishing villages that is a celebrity hideout.

On the opposite end of the scale, Gumbet is a typical manmade tourist hotspot with a sturdy reputation for water sports while an ideal place to finish your road trip and indulge in a delicious evening meal while enjoying a vibrant sunset, is the rustic resort of Gumusluk. As an area of excellence for fish restaurants, beachside settings are the perfect location for a feast of fresh seafood, fish, mezes, and the traditional Turkish drink of Raki. The local landmark in Gumusluk is Rabbit Island connected to the mainland by a Hellenistic walkway. This local landmark was a favourite place for King Mausolus, who founded the ancient site of Myndos, now present day Gumusluk. 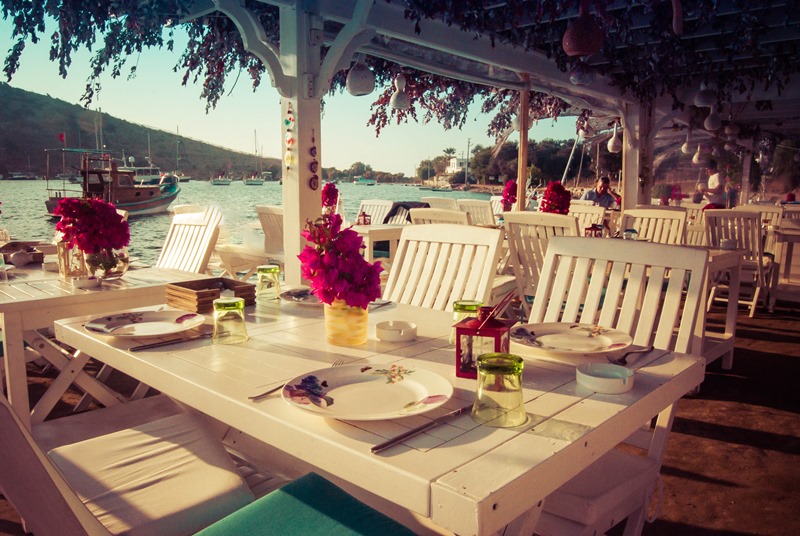 2: Delve into the Ancient History of Bodrum

Despite Bodrum’s status as an international yacht haven, the area has a fascinating historical timeline that is easy and enjoyable to explore. Starting from the main centre of Bodrum, a stroll through the old part of town, down narrow, cobbled streets and past traditional houses leads visitors to the harbour front where Bodrum’s most prominent landmark stands.

The Castle of Saint Peter was built in 1406 by the Knights of Saint John who were active in the Crusades of that era. Embedded in the castle walls are crests of English, German and French knights, and they perfectly compliment the main structures of the castle walls, as well as the English and French defence towers. After use as a structural protection centre, the castle became a prison in 1895 and by the 1960s; local sponge divers used it to store their finds.

This perfectly connects with the other primary use of the castle today as a museum of ruined shipwrecks including that of the Uluburun dating from the late Bronze Age. The collection of artefacts within the museum that have painstaking been brought up by divers from the seabed has earned it international acclaim in touristic, scientific and historical circles.

A short walk along the harbour and past fishing boats selling catch of the day, leads visitors to the mausoleum which is another surprising fact for visitors because Bodrum was once the location of one of the seven wonders of the ancient world and that is the mausoleum (tomb) of Halikarnassos. As a former Dorian city, unfortunately, Alexander lost the Great destroyed most of its original structure during the 4th-century invasion, but it was a magnificent landmark reaching for more than 41 metres in height. Visitors today explore the basic ruins but have the help of reconstructed models to image the glory and grandeur of this ancient wonder.

Lastly, at the back of Bodrum town centre is the old theatre. Sporting a beautiful view over the town and the Aegean Sea, the south facing theatre in the Goktepe district dates from the 4th century BC and is marvellously intact considering its age. Excavations began in 1973 to recover the rows of seats, performance stage and orchestra section and they are still ongoing at certain times of the year. 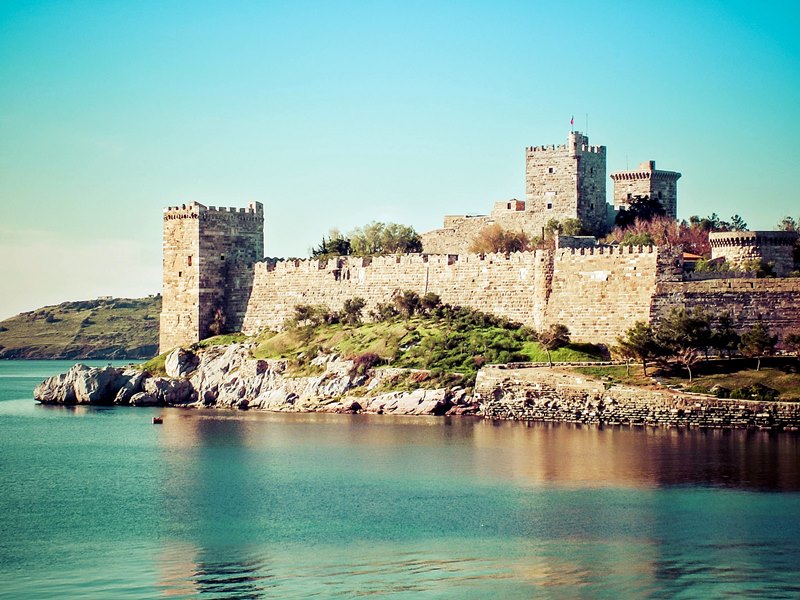 They say when in Rome, do as the Romans do, so if we apply this concept to Bodrum, the answer would be to sail. As a centre of excellence for sailing, budget holidaymakers join daily, group, lazy day boat trips costing as little as £12.00 per adult including lunch. Boats sail around the coastline of the Turquoise peninsula to visit highlighted and famous swimming spots including Aquarium Bay, aptly named because of its crystal clear water, and favoured by snorkelling fans.

If you really want to indulge fully in the sailing scene of Bodrum though, a Blue Voyage cruise of the Turkish Riviera emerges you into the heart and soul of the vibes, atmosphere and ambience. Typically embarking for 3 nights and 4 days onto a traditional Turkish gulet boat, captains’ sail further afield on various routes originally penned by the Fisherman of Halikarnassos, a man that made Bodrum famous and started the concept of coastline sailing in the country.

With breakfast, lunch and dinner served on board, passengers sit back and relax while sailing, then when anchor drops, they have a choice to swim or explore on land. Also sailing to the Gulf of Hisaronu, Gulf of Gokava and the North Dodecanese Islands, cheap cabin charters are available or depending on your budget, private boats are available for hire. 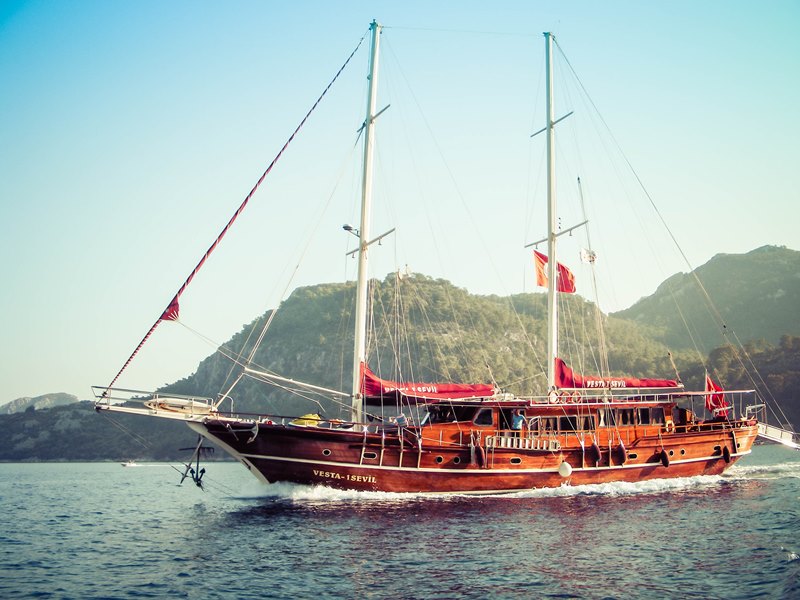 For more information about the beautiful Bodrum peninsula, you may enjoy reading the following articles.

- Bodrum with Children: A look at activities and things to do in Bodrum for families

- The Bohemian nightlife scene of Bodrum: Most popular options for after-dark entertainment

- Restaurants in Bodrum: A guide to eating out