Bodrum Castle and the Museum of Underwater Archaeology

Head to Turkey’s Aegean coast, and the Bodrum Castle and Museum of Underwater Archaeology will most certainly appear on your sightseeing itinerary. Belonging to the peninsula of the same name, this 15th-century castle is the old town’s most striking sight and a popular tourist attraction.

Even if you have seen it a thousand times, this impressive structure jutting out of the coastline into the Aegean Sea will always take your breath away. Appearing on postcards of the region, and in major travel publications, the picturesque structure is an excellent introduction into the region’s illustrious history. Such is its importance, not only locally but globally, it sits on the Turkey UNESCO World Heritage tentative list. 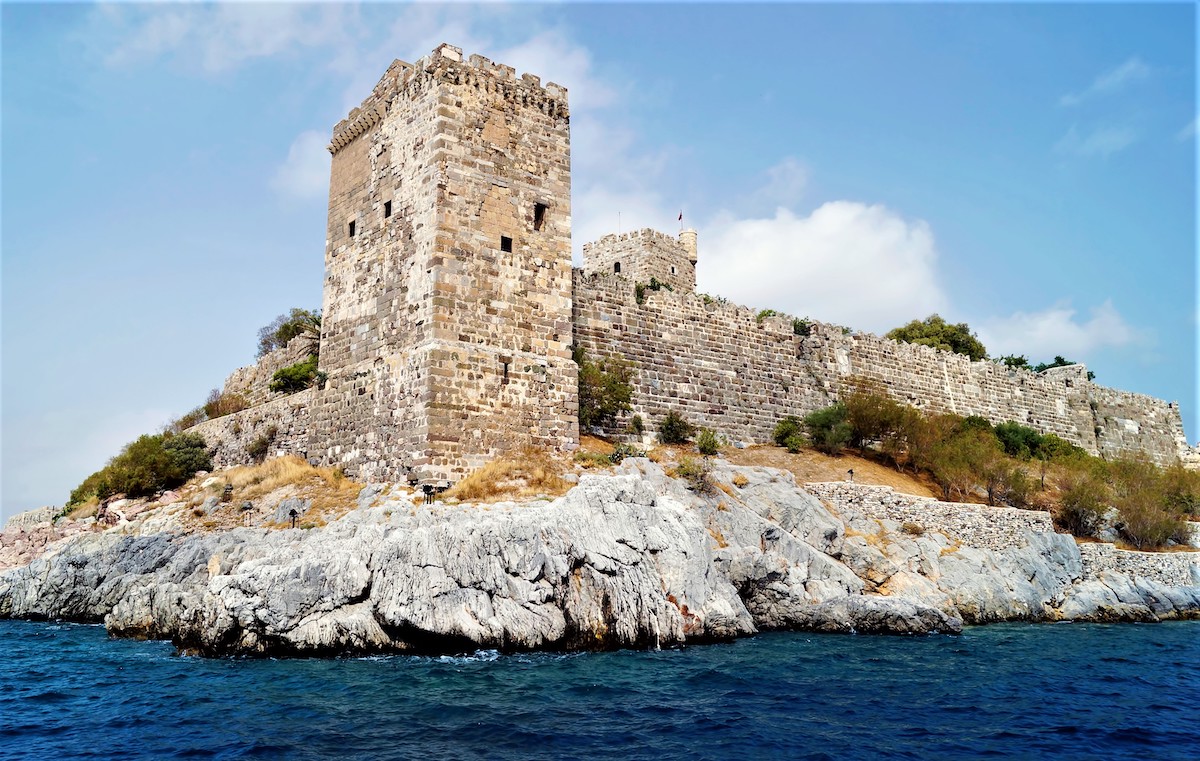 The Knights of Saint John, also known as the Rhodes knights built it, but it is also called Saint Peter’s castle. Throughout its time, the fortress has served as a military base, public baths and even a prison. If the castle walls could talk, the tales they would tell would be the stuff of romance and legend. The castle’s first designation as a haven for Asia Minor’s Christians during the 15th-century crusades saw its inhabitants successfully fending off Sultan Mehmed’s troops - and a few years later sheltering the sultan’s son after a failed revolt.

The castle was fortified continuously as warfare technology became more sophisticated. However, the knights failed to protect the sea-facing fortifications effectively and in the 16th century the castle fell to 200,000 Ottoman soldiers attacking from the Bay of Marmaris and the castle was handed over to the victors. Today’s incarnation as the Bodrum Museum of Underwater Archaeology is the most positive as far as visitors are concerned as it means we’re all afforded a look inside.

Built-up from ruins after the 1962 government decision to convert the structure to a museum, the attraction has gone from strength to strength along with Turkey’s tourism and the surge of interest in Bodrum property.

Did you know? Bodrum was once the ancient city of Halicarnassus and home to the mausoleum of the same name, that was one of the seven wonders of the ancient world. Archaeological experts have determined that the knights used 160,000 stones from this impressive structure to build the castle. 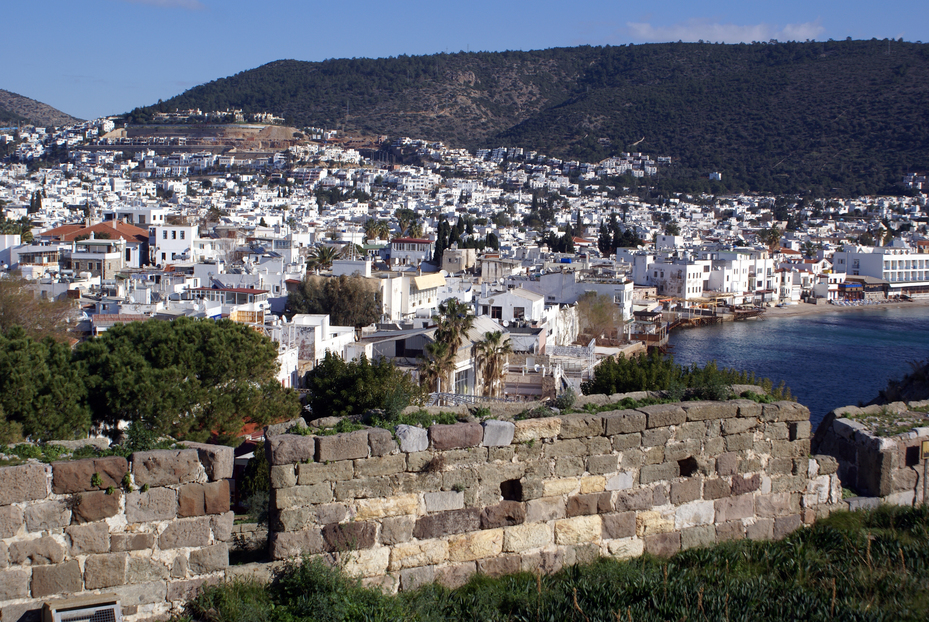 Inside you will see Uluburun, the world’s oldest preserved shipwreck. This exhibition receives the most fame, however, also wander to the Carian hall to see the Caria Hekatumnus Queen Ada sarcophagus and artefacts.

Or just wander amongst the atmospheric corridors, to go up and down the castle towers. Getting lost here is a real possibility - the knights who built the castle followed the fortress fashion of the day, with twisty tunnels designed to confuse intruders.

As well as coins, jewellery, pottery and pieces of ancient shipwrecks, enjoy a lovely garden containing an extensive collection of Mediterranean plants and trees. It is the perfect place to stop and take a breather in between exhibits. Otherwise, attempt to climb to the top of this medieval castle to be rewarded with breath-taking sea views, and a view over the old town, harbour, and marina.

If you visit on a sweltering day, take lots of water - there are lots of steps to climb. You will also need good shoes and a moderate level of fitness to explore the entire building. Bodrum Castle is inarguably one of Turkey’s most striking structures. Once home to pirates, crusaders, and soldiers, it sits comfortably in its historical seat alongside some of Turkey’s most impressive historical sites.

Nice to Know: While wandering the streets of Bodrum, you will also come across mention of a famous figure. Known locally as the fisherman of Halicarnassus, Cevat Sakir Kabaagacli is credited with boosting Bodrum’s fame as a yacht and sailing centre of the Turkish riviera and the Turquoise Blue Voyage routes. Read more about him, and why locals hold him in high esteem here. 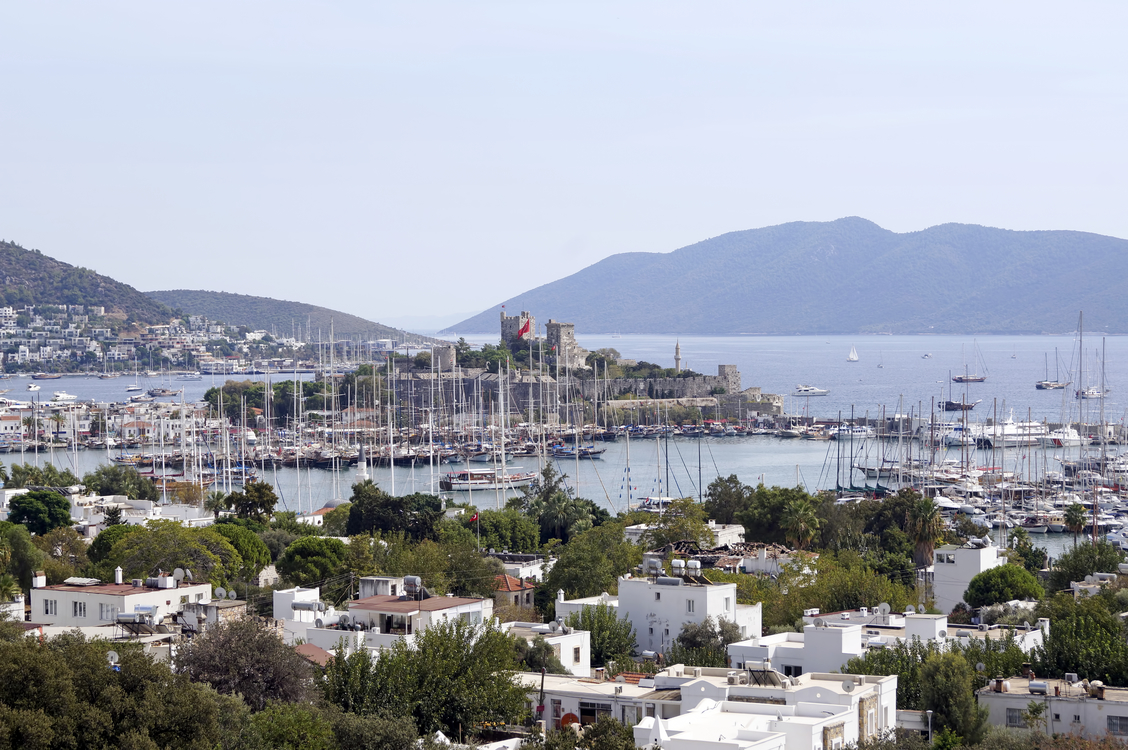 Bodrum Area Guide: Anyone visiting the peninsula for the first time will find this guide full of useful touristic information, tips, and advice. Including the best time to visit, beaches, nightlife, how to get there, things to do, excursion itineraries, and a brief introduction into each holiday resort, it is an excellent guide to plan your trip to Bodrum.