Why I keep returning: Cameron Deggin's love affair with Bodrum 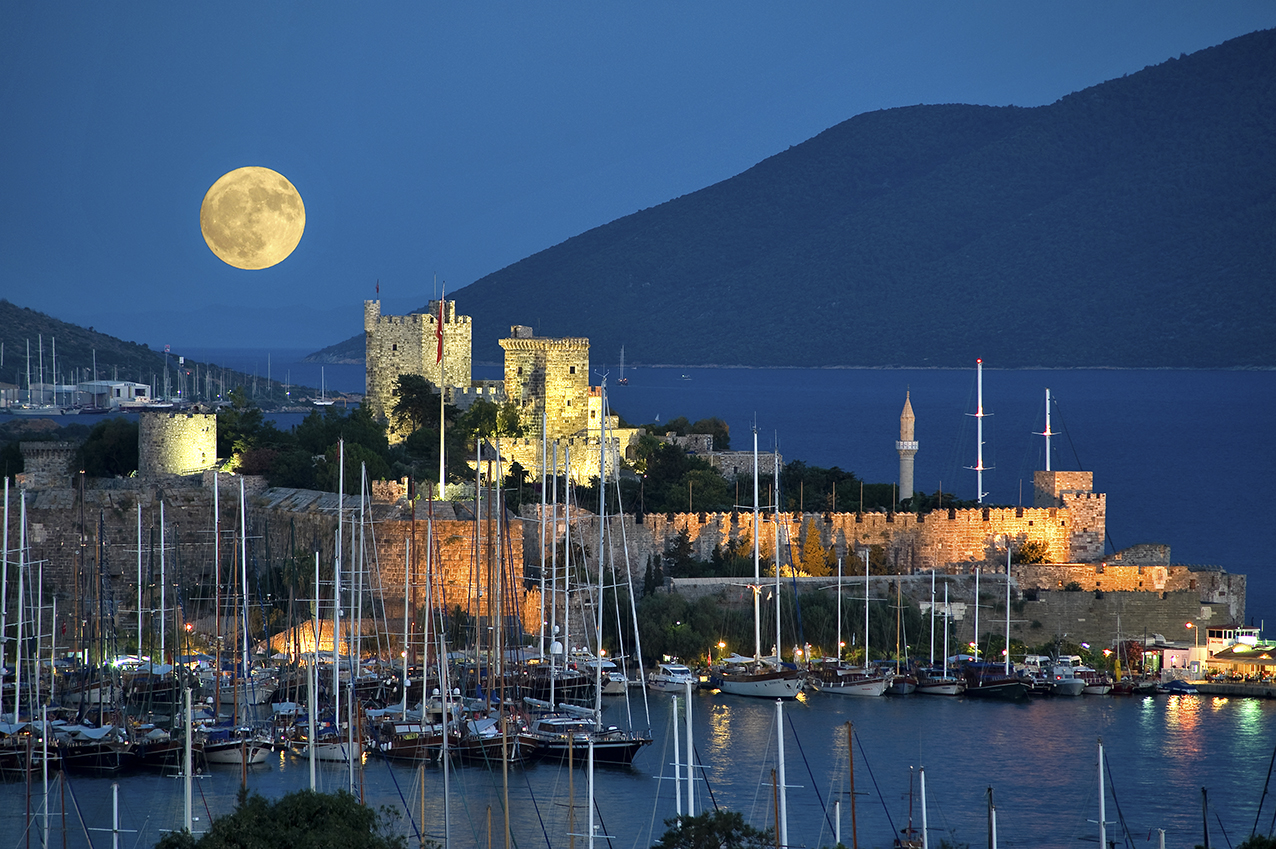 $850,000
4
4
Bodrum
Although Bodrum is referred to as the St Tropez of Turkey, for Cameron Deggin there’s no comparison.

And Deggin should know. For almost two decades he’s lived and worked on the peninsula, watching the area’s fortunes grow.

While the peninsula is Turkey’s original tourist destination, Bodrum is much more than just a holiday spot, Deggin says. “It’s a place you can live all year round. It has all the facilities and amenities of a big city in a compact geography.”

While foreign interest in Bodrum properties has grown, the domestic demand that underpins the peninsula’s real estate industry keeps the market steady.

“I would say 90-95% of transactions are from Turkish people, mainly from Istanbul. Some call Bodrum the outermost suburb of Istanbul, and whenever there’s domestic demand there’s longevity.”

What your money will buy in Bodrum

$100,000 - $150,000: While you can enter the Bodrum property market with as little as $100,000, properties at this bracket will be in older complexes, lacking the bells and whistles of the newer developments. “It’s not  going to be the most luxurious, but it will be fine. And it might have a beautiful view,” Deggin says.

$180,000 - $300,000: This price bracket will buy you a deluxe style apartment with all the modern luxuries you’d expect from this price range. Or you could buy a cheaper villa, an older, compact model on a basic complex. “There are plenty of good options in this price range,” Deggin says.

$300,000 - $500,000: This amount will buy you a decent villa on the peninsula; a new property with a sea view, in a nice complex, Deggin says. “Most of the villas on the peninsula fall into this price bracket, and there are some wonderful properties.”

$500,000 - $700,000: You’re now entering the luxury villa segment of the market, Deggin says. “If you want something more luxurious, larger, with better facilities, a sea view, and walking distance to the sea, this is what you’d need to budget.”

Spending more than $700,000 takes you into the top tier of properties, and the sky is the limit here, Deggin says. “You could spend two, three, four - even five million dollars. Private beaches with private jetties, private, exclusive managed complexes: just top of the line.” 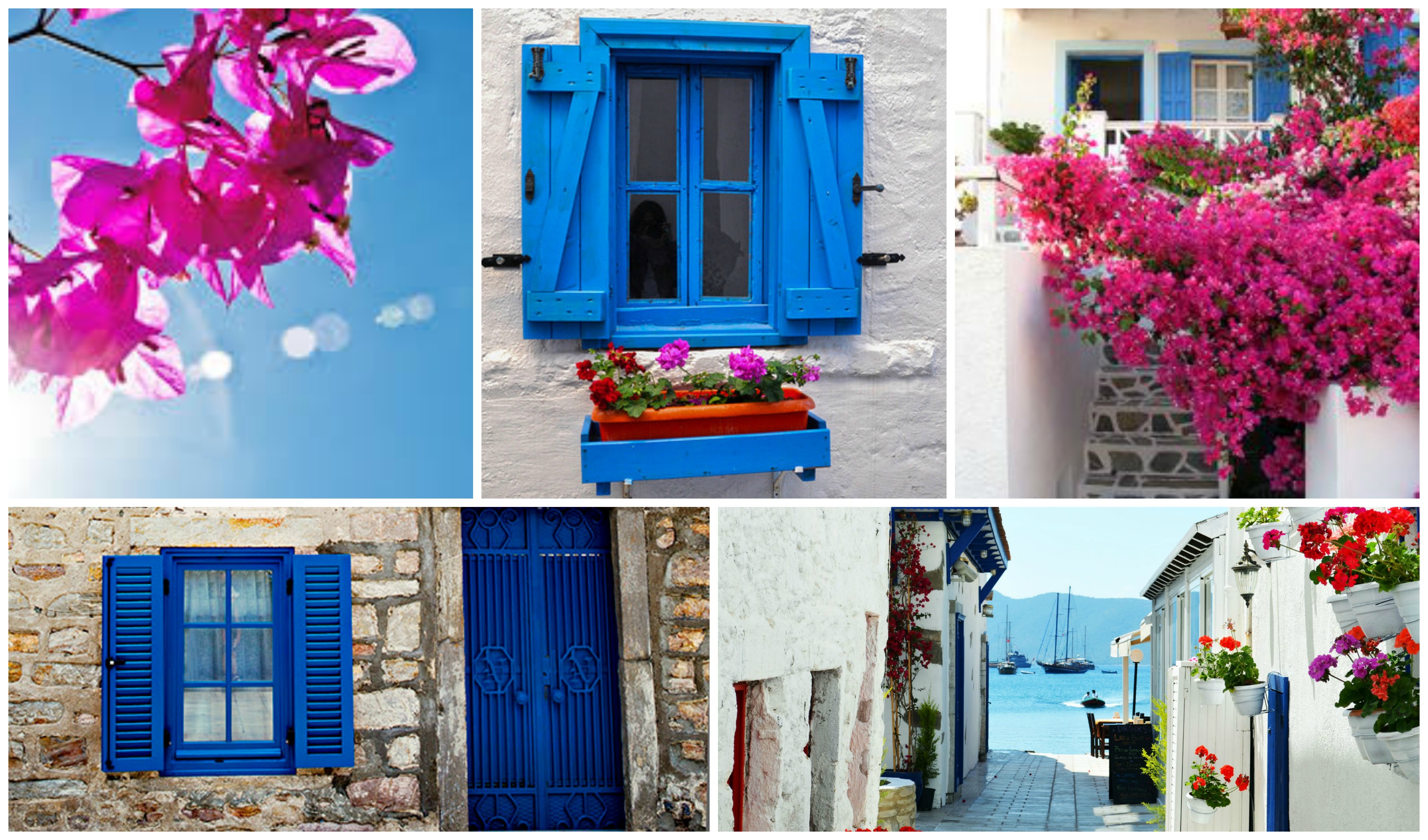 A place to live, work - and rent

One of the aspects that attracts property investors to Bodrum is its strong rental market, Deggin says.

“If you wanted to rent a decent villa at the end of August for two weeks, there’s nothing available. All high quality villas have been booked six months in advance, that tells you the quality of summer lettings here.”

For some, Bodrum is more than a holiday destination, it’s a place to live and work. There are many Istanbul professionals living in Bodrum; Deggin himself travels between the peninsula and Istanbul for work.

But if you’re thinking about settling in Bodrum, you need to know the lay of the land, he says.

For year round living, it’s best to focus on the southern part of the peninsula.

“If you’re a lifestyle buyer, looking for a home, not just a holiday home, I recommend Bodrum centre, Bitez, Ortakent, Torba: all year-round places. Hospitals, private schools colleges - they’re all located in that zone.”

For summer homes, and properties where rental returns are likely to be high, Deggin recommends focussing on Yalikavak, Gumusluk, Gundogan and Turkbuku. Yalikavak in particular is a popular, prosperous area since the Palmarina development eight years ago, he says.

$334,500
2
2
Bodrum
Deggin doesn’t just sell property on the peninsula. He’s invested extensively in the area. In June, he bought an apartment in an upmarket new complex in Kadikalesi. “I fell in love with it when I saw it: it was an opportunity too good not to grab,” Deggin said.

“It offered excellent value for money, I just had to have it.”

Initially, Deggin saw the property as a sound investment and rental opportunity. “However, we haven’t rented it out yet as we love it so much, we spend the weekends here.”

With trees and flowers making the complex a green, beautiful space; 24-hour security and a playground, and other great amenities, the complex is ideal for young children.

“It’s got a sandy beach, right in front of us. It’s ideal for my young children as it’s shallow, you can walk for 30 to 40m and the water is still shallow.”

Located on the southwestern tip of Bodrum, Kadikalesi affords some of the best sunsets on the peninsula, Deggin says. “You can see the sun setting just behind the little islands there.”

The town has an authentic charm, he says.

“It’s not one of those all singing, all dancing areas like Yalikavak or Bodrum centre. It’s completely different from those areas.”

However, those craving a little more action can reach Bodrum in just half an hour, or Yalikavak in 20 minutes. Turgutreis, the second largest town on the peninsula, is a five-minute drive from the complex.

Being outside the main hustle and bustle of the peninsula means prices are lower than other areas.

Deggin paid $280,000 for his two-bedroom property, which he calls a “quarter of a million dollar property with ten million-dollar views”. 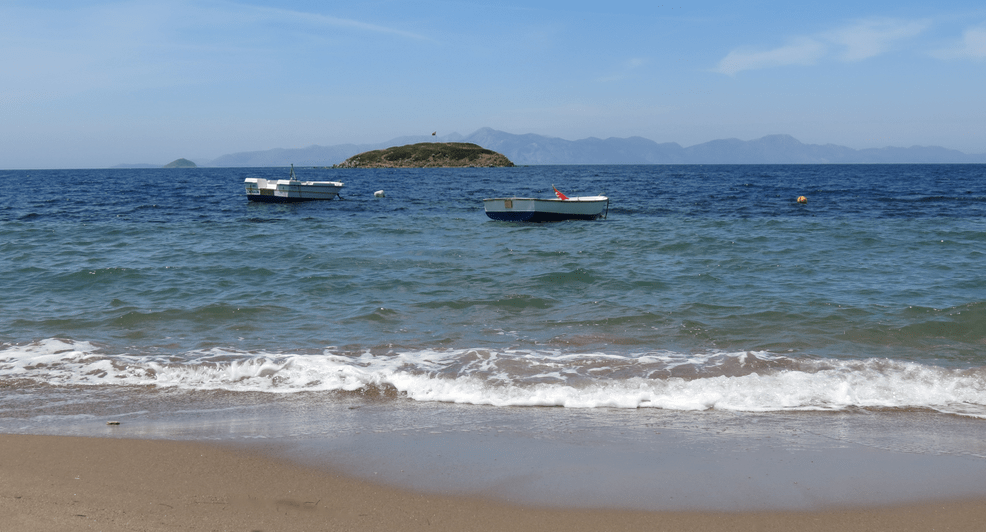 “If I know anything about Bodrum, and I’ve been operating here since 2001, I’m right about that. There simply aren’t many opportunities like this left on Bodrum Peninsula.”

For sale at a promotional price for a limited period only, this outstanding sea view villa is found in the peaceful area of Gundogan in Bodrum and is situated within its own private green landscaped garden with swimming pool.