Cirali and Olympos: A Travel Guide to Turkey’s Hidden Gems

Cirali and Olympus, two small coastal resorts on Turkey’s Mediterranean coastline could not be more different if they tried. While Cirali keeps a low-key reputation and ambience that attracts couples and those looking for a romantic, secluded getaway, Olympos caters for backpackers, many of whom are on a round-the-world tour.

Hotel accommodation in Cirali focuses around bed-and-breakfast or all-inclusive with comfortable rooms, hot showers, and balconies for evening drinks. However, a rustic and quirky theme promotes Olympos, with treehouses dominating the scene whether you book a lodge or shared hostel room. No matter which one you choose, enjoy exploring surrounding attractions, and beautiful landscape views. 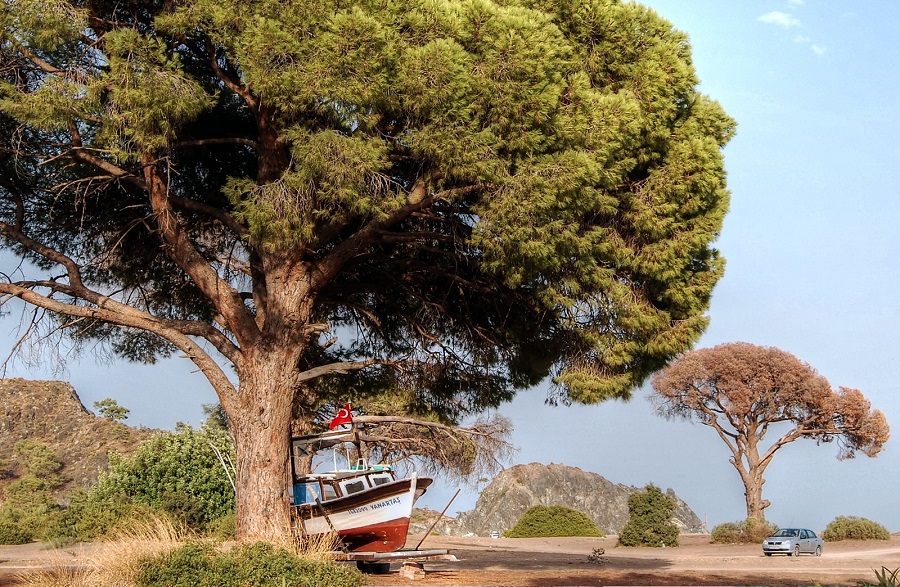 Both resorts share a part stony, part sandy beach and one thing is sure. You will never complain about a lack of space. Stretching for as far as the eye can see and flanked by mountains on by the side, both the Guardian and Telegraph Newspapers rate it, and because of its remote location, is never jammed-packed. Towards the eastern end, the Taurus mountain range looms in the background, and on a bright spring day, snow sits on its peak.

Families with children should be careful because instead of sloping into the sea, the beach drops, and at certain times, strong waves are too powerful for youngsters. Also show consideration for the Caretta turtle, an endangered species which Turkey is striving to protect. They come ashore during the breeding season from May to October to lay their eggs in the sand hence if you see wire protected grills around certain spots, avoid placing beds or umbrellas there. 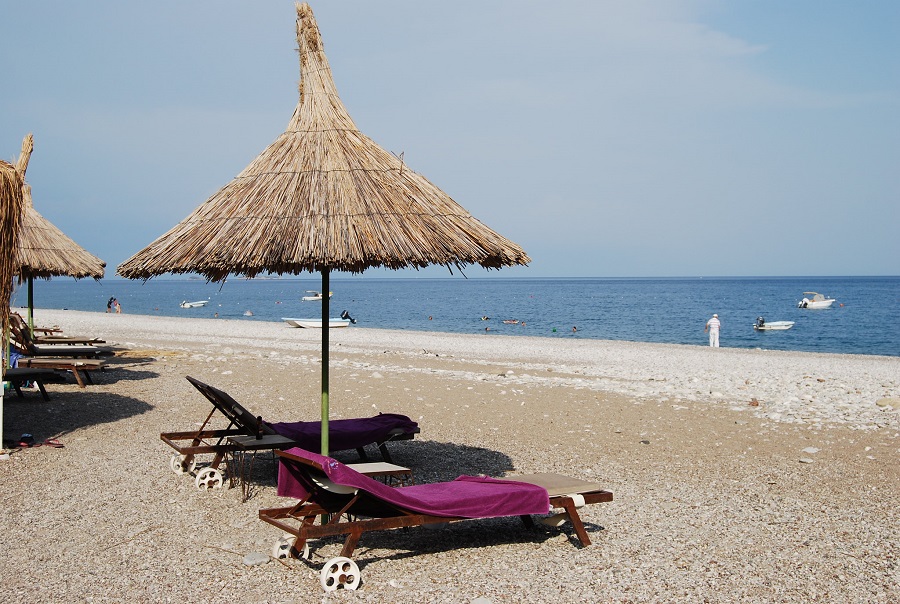 These Hellenistic ruins fascinate everyone who visits thanks to a dense forest location, providing an air of mystery around them. Formerly a Lycian league city, it was an influential metropolis but over centuries suffered much devastation because of its coastal location and pirates. In those days, a large river led right up into the city’s heart, but it has now dried up to a small, reed-lined stream. At one stage, the Roman empire governed, and it thrived, but by the 15th century, locals deserted it in favour of safer grounds.

Landmark buildings to keep an eye out for including ruined Christian churches, old houses, and the Captain Eudemos Sarcophagus that leaves visitors with more questions than when they came. Only important people would receive a tomb of this size and statue, but history books talk about him hence the mystery. An inscription on the front reads…

“The ship sailed into harbour and anchored to leave no more, as there was no longer any hope from the wind or daylight, after the light carried by the dawn had left Captain Eudemos, there buried the ship with a life as short as a day, like a broken wave.” 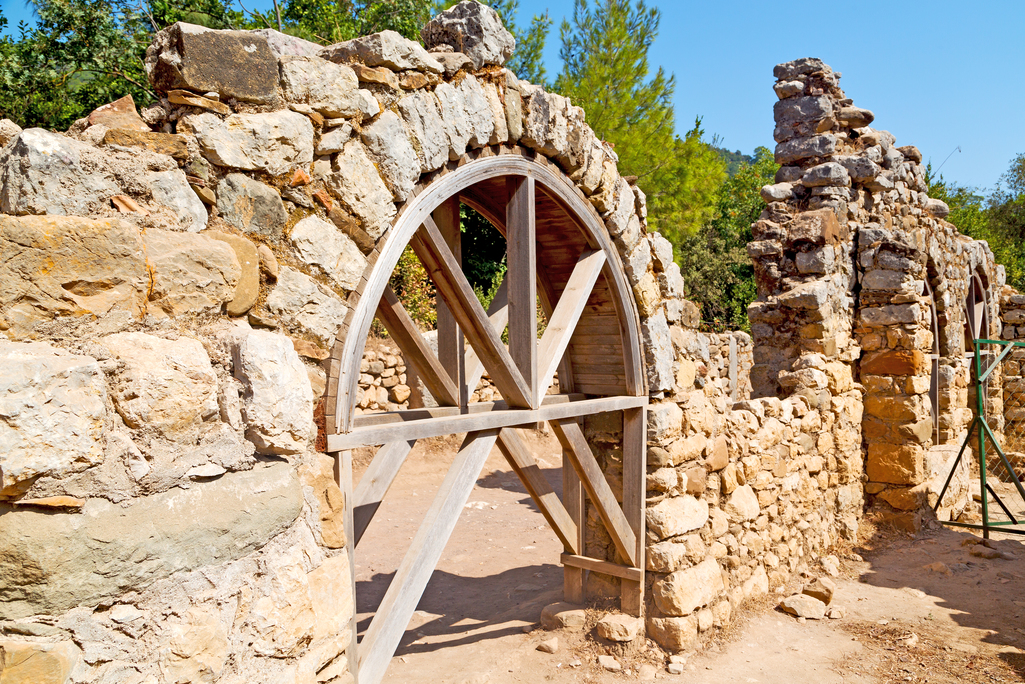 Chimera burning flames are a natural wonder sitting high in the Olympos National Park mountains. Old urban legends said a mystical creature who breathed flames lived on the mountain, yet science has proved, the phenomenon is natural gas oozing out of rocks 24 hours a day, seven days a week. Sailors used it as a warning they were too close to land, but these days, its purpose has changed into a top tourist attraction. Barometric pressure affects how tall and bright the flames burn but regardless, the best time to see them is at night when they burn brighter. Getting there is only for the fit, since it involves an 800-metre walk up a stony path, that in some parts is poorly lit so take a torch. 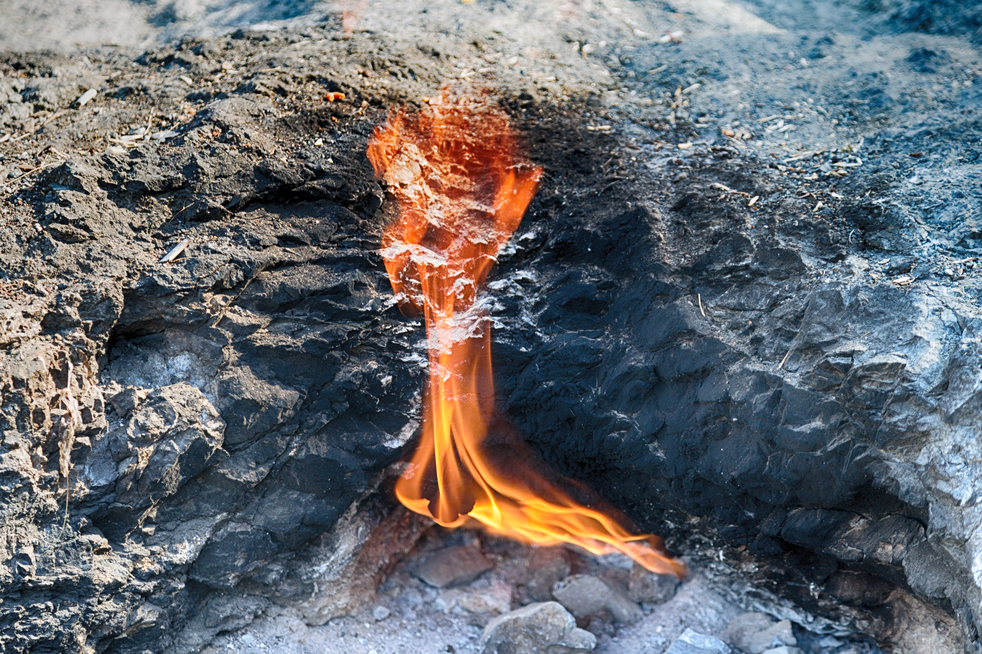 Attractions Nearby to Visit

Phaselis Ancient Ruins: A 30-minute drive up the D400 highway takes you to Phaselis, another ancient city that suffered devastating attacks from pirates and eventual desertion during the 15th century. What makes these ruins special, is their unique location, in between two beaches, one of which is a stunning half circle of golden sand.

Mount Tahtali Cable Car Ride: After Phaselis, head for another 15 minutes to get to Antalya’s Kemer region, and the famous Mount Tahtali cable car ride. Giving off fantastic coastline and mountain views, daredevils paraglide back down to the ground while the more safety conscious of us enjoy a 15-minute ride over beautiful forested landscapes. Using the slogan “From Sea to Sky,” the mountain reflects the diversity of Olympos National Park.

Antalya Area Guide: Both Cirali and Olympos belong to Antalya, the second most popular tourist destination in Turkey. Many more attractions and a vibrant shopping and nightlife scene await those who are visiting or looking to live there.