Near a small village called Faralya on the Mediterranean coast of Turkey, there lies a broad valley, formed by two rock formations and fronted by a pebbly beach. Due to the butterflies that breed there at certain times of the year, the residents of Faralya Village called it Kelebek Vadesi. For many years the valley lay unnoticed, but in 1981 when the Anatolia Tourism Development Cooperative sensed an opportunity to make money from the beautiful location, they signed a deal with the village inhabitants.

Three years later, the cooperative opened the valley to tourism, and hippie backpackers flocked there to experience the sensation of being at one with nature. They enjoyed the bohemian vibes and the secluded atmosphere of life away from the rat race.

Three years after that the Turkish government, alarmed by the rapid development, deemed Butterfly Valley a preservation area, where building construction was illegal. That was a brilliant move to make because had it been allowed; the dramatic landscape of the beautiful valley would have been ruined, and butterflies would have left to seek peaceful breeding grounds elsewhere. 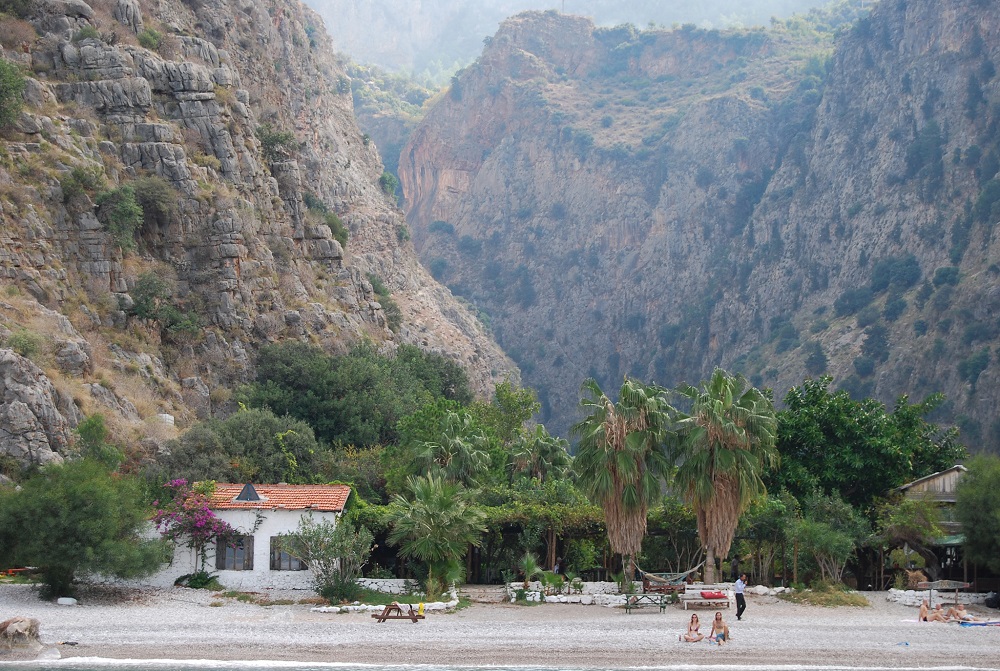 The establishment responsible for the secluded haven runs the water taxi, accommodation, protection of wildlife and projects such as volunteers and the vegetable garden. If you do not mind roughing it, package holidays are available, but they are very different from your mainstream Trip Advisor rated hotels.

Think hippy inspired vibes, night time BBQs on the beach, shared shower and toilets facilities and getting back to basics. The package includes an open buffet breakfast and dinner, as well as a tent or small wooden bungalow on stilts. However electric and water are self-generated, mobile phone coverage is ad-hoc, and if the establishment needs electric to cook dinner, you are out of luck.

If ever you wanted to do a digital detox, staying at Butterfly Valley is the easiest way to avoid temptation. The good news is that on the left side of the beach, up a small rock is an onsite bar, where you can string your guitar or sing love tunes while chilling out and admiring the dramatic sun set on the horizon. Diving and snorkelling are also hugely popular at Butterfly Valley thanks to the clear blue water.

Budget conscious travellers might also want to inquire about the volunteering program that secures you discount in return for your time, whether it is cleaning the facilities, tending to the vegetable patches, staffing the onsite bar or collecting rubbish.

Instructors or teachers of wellness topics and activities such as yoga, tai-chai, or massages receive a discount and if you plan on a seminar on the benefits of living at one with nature, this might be the perfect place to do it.

So how likely are you to see butterflies?

Halfway from walking into the valley from the beach, the sun disappears, blocked out by the abundance of green trees and shrubs. Continuing walking, and climbing over large boulders and eventually, the trickling sound of water becomes louder. The small but beautiful waterfall is a secret of the valley and where the butterflies breed.

Given its name, people assume they will see swarms of them. Unfortunately, the butterflies only gather during October, the breeding season. Having said that, there are more than 80 species of butterflies using the valley including the exotic Jersey Tiger, and if you are lucky to see one, the excitement is overwhelming. 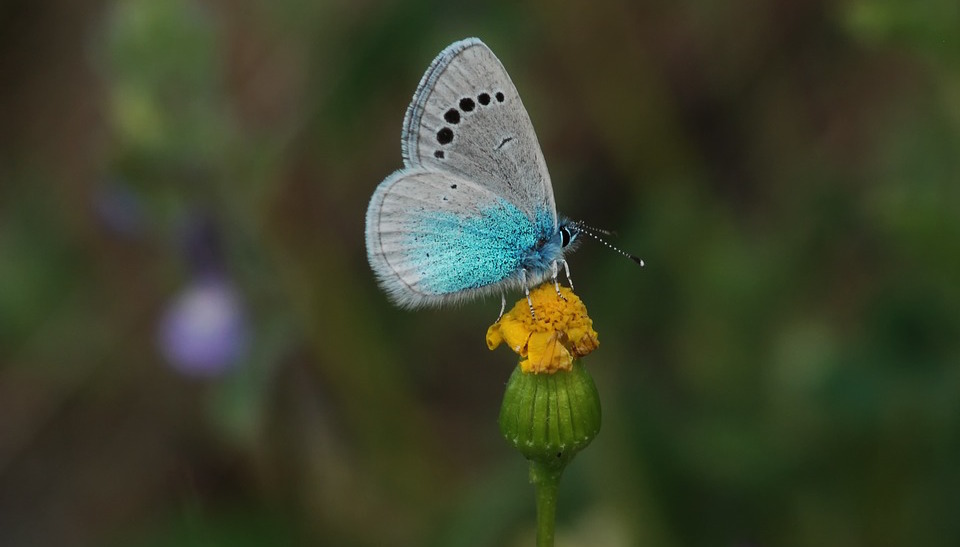 The valley is open all year round, but if camping out on the beach is what you are looking for, visit between June to September. Otherwise, night-time temperatures drop during the other months.

How to Get to Butterfly Valley

If your plan is a fleeting visit, just to say you have been there and done it, the daily boat trips sold from the beach of Oludeniz make it one stop out of many. However, if you want to spend the day there, use the water taxi instead. A 15-minute boat trip takes you past some stunning scenery before the valley comes into view. There is no pier, but a short paddle of 5 metres takes you directly to the beach.

Butterfly Valley also connects via a steep path to the small neighbourhood of Faralya, in the Uzunyurt district. The 45-minute signposted walk is however notoriously difficult, especially if you are not physically active. 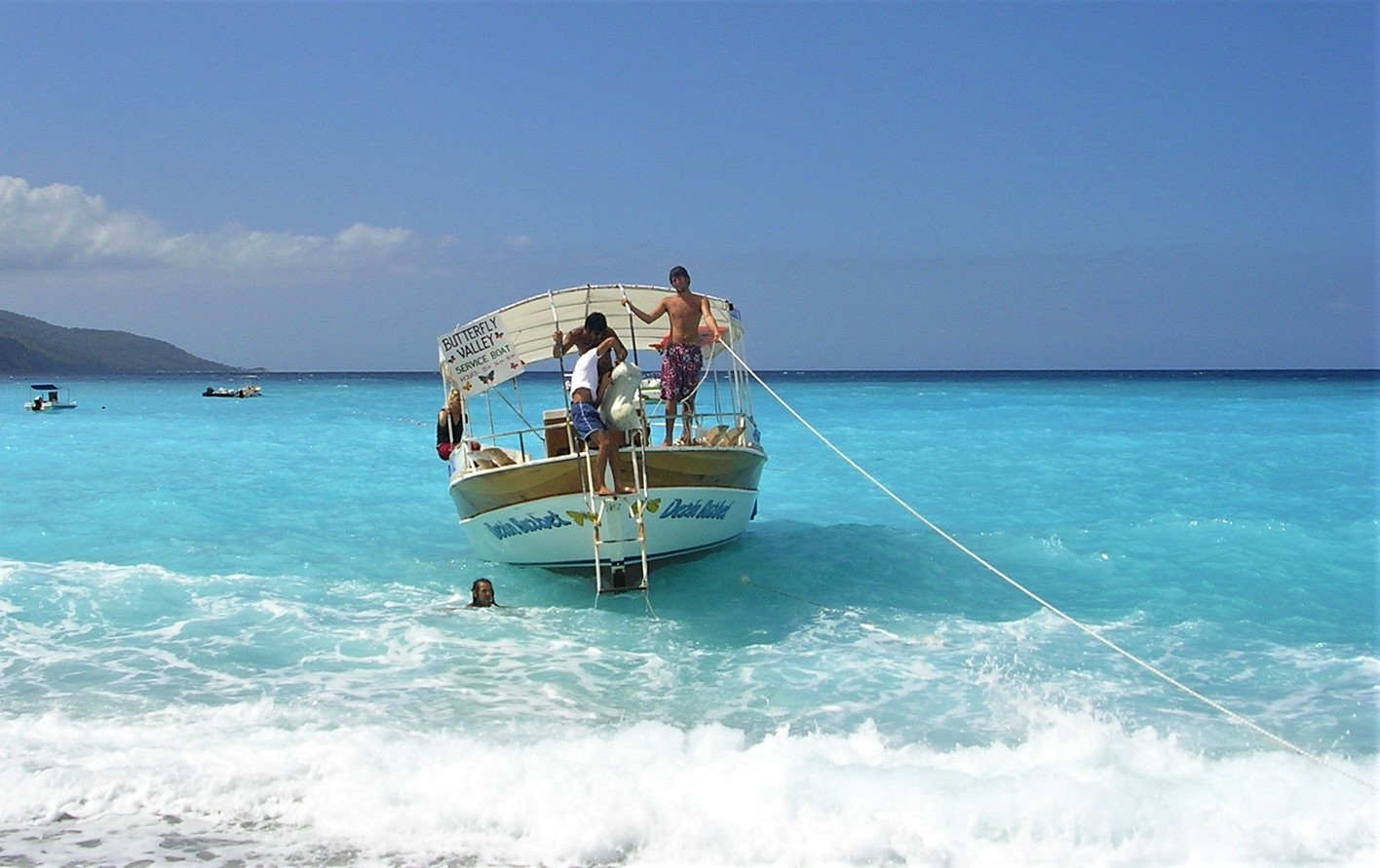 Butterfly Valley is just one area of the Fethiye region, that is spectacularly known as a beautiful, dramatic landscape thanks to the blue waters of the Mediterranean and backing peaks of the Taurus mountain range. It is an idyllic holiday destination, and many expats have moved to Fethiye as expats. We recommend increasing your stay in the area to see other natural landscape such as the Blue Lagoon, and Saklikent Gorge as well as Kayakoy Ghost Village, the top tourist attraction in the region.

Oludeniz, Calis beach, Hisaronu and Ovacik are all popular holiday resorts but if you want to continue the theme of being at one with nature, stay in the tree houses of Faralya, or the campsites of Kabak Valley. These areas are less affected by mainstream tourism and particularly appeal to those wanting to get off the beaten track in Fethiye.