Property Turkey Blog 8 Books about Turkey that you should read

8 Books about Turkey that you should read

In the world of summer reading and literature, many books about Turkey present a varied and exciting viewpoint. From non-fiction travel guides to fictional romance stories, from present-day issues to historical nations and events, an entire bookstore would be needed to hold them all. Including memoirs of a Turkish woman who defied society, a travel writer who explored Turkey in the 1960s and an author nearly jailed for their books, we have selected eight of our favourite books about Turkey. Covering various topics, we think all expats and tourists should put on their reading lists too. 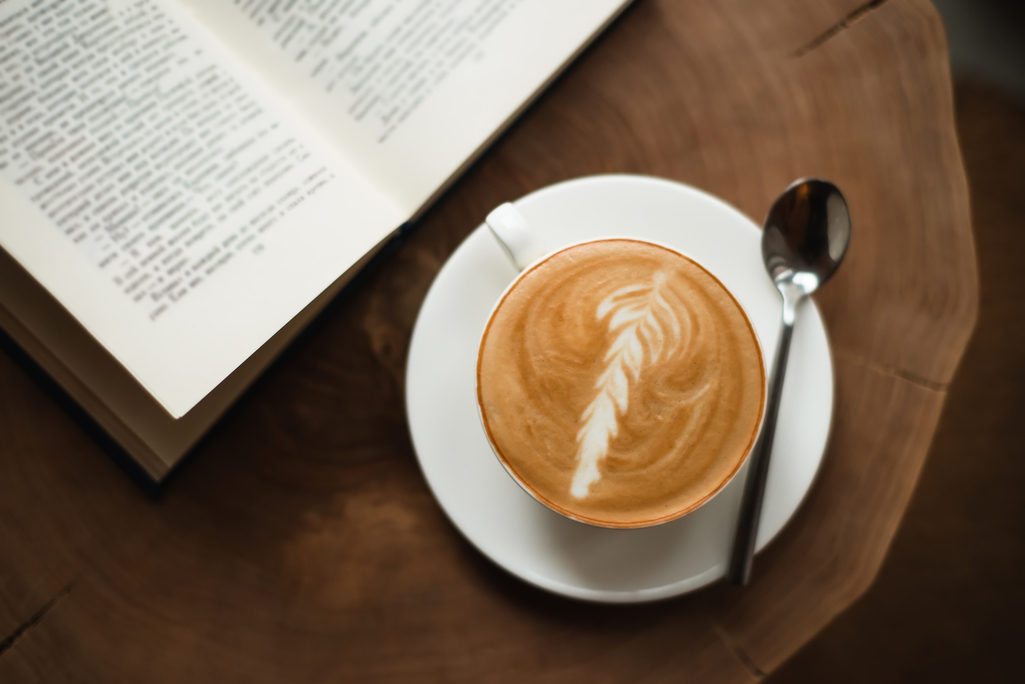 Fiction and Non-fiction Books about Turkey

Focusing on the true story of a Turkish woman, who defied social protocol to divorce her abusive husband and trek the Lycian Way on the Mediterranean coast, Ayse’s Trail provokes many emotions from fear for her safety and admiration for her fiery independence and preserving attitude. This official government trekking route covers many ancient ruins from the historical Lycian empire, so it is fitting that Atulya also weaves in the tale of Harpagos the Persian General of whom little they know about in history. Still, historians suspect he orchestrated the Lycian empire invasion that led to their downfall. This Turkish book will delight anyone with an interest in Turkish history, culture, and personal life stories.

Jack Scott specialises in the expat niche by recounting tales from his time living in the Bodrum Peninsula of the Aegean coast. His first nonfiction and bestseller book, Perking the Pansies achieved massive success, so he followed it up in 2015 with this latest sequel called Turkey Street. Jack Scott has a remarkable ability to write about eccentric British expats, hilarious daily events, and topical issues such as domestic abuse and a fluctuating currency exchange rate, which forced the couple to return to the UK. The introduction says If Jack and Liam, a gay couple from London, wanted to shy away from curtain-twitchers, they could not have chosen a worse position in Bodrum. Grab your deck chair for a whirlwind tour of love and duty, passion and betrayal, broken hearts and broken bones, dirty politics, and the dawn of a new Ottoman era.

Our love of exceptional books led us to the Armchair Traveller’s History. Richard’s first visit to Istanbul 60 years ago, was when it was a transport hub for the Hippie Road trail. He has returned many times over the years and writes about his visits in offline travel guidebooks. Joining his own experiences and thoughts with historical snippets about the city, this read provokes images that transport the reader to the places mentioned. There are plenty of Turkish books about Istanbul, but this result is a perfect read that can either be viewed as a personal tale or an excellent guidebook. Richard covers many areas of Istanbul, including neighbourhoods, famous landmarks like the Topkapi Palace and Hagia Sophia and the talked about Asian Istanbul.

The Lonely Planet practical guide is a must for anyone planning to tour the country, and should also be on the lists of books for anyone who intends to get to know the country better. Detailing brief introductions to various places, they also list vital information such as recommended restaurants, budget hotels and must-visit attractions. If you plan to visit only one destination during your time in Turkey, take advantage of offers, in the Lonely Planet Shop on their website, to buy each chapter in e-book format.

The best books always tug at heart and this one, published in 2004, gained notoriety as readers speculated whether the setting was Kayakoy Ghost Village on the Mediterranean coast of Turkey. The plotline is an intriguing blend of heartbreaking romance, political aspirations and culture differences between the Greeks and Turks who lived side-by-side in many villages of Turkey. A treaty at the end of the Turkish War of Independence finished their coexistence. However, traces of Greek architecture still exist all over the country, including the deserted ghost village of Kayakoy. This novel blends an intensive plotline with historical facts that leave the reader wanting to know more about the history of Turkey at the turn of the 20th century. This book by the same author who wrote the prize-winning Capitan Corelli’s mandolin is a must-read book about Turkey.

Elif Shafak is the most famous female Turkish author having won many storytelling awards and racked up a massive list of bestsellers. She has published many fiction novels featuring various places throughout Turkey, but her genre is most well-known for discussing issues of culture among Turkey’s many ethnic communities. In her gripping book called Honour, the plotline focuses on London and Turkey as a family struggles to cope with cultural differences and secrets that make their way to the surface many years later. The 342-page book also examines the relationship between a mother and son in Turkish culture when pride and stubbornness often come before logic. The UK Guardian newspaper describes Elif as a popular novelist in Turkey, loved by young, educated and independent women. They appreciate her fusion of feminism and Sufism, her quirky characters and the artful twists and turns of her epic romances. Her books about Turkey have been translated into many languages.

The moment, Orhan Pamuk publishes a book; a flurry at bookshops across the country sets in motion. The most celebrated male Turkish author has won the 2006 Nobel Prize in literature and published many books. Still, it seems fit that one of his best-selling is Istanbul because he grew up there,  while it transformed from a needy destination to Turkey’s largest city and a hub of tourism and business. In this book, he combines stories from his childhood with the history of neighbourhoods. Orhan Pamuk has elevated this book to perfection by collaborating with Ara Guler, Turkey’s most famous photographer, for the old black and white photographs of this city that was also the capital of both the Ottoman and Byzantine empires. Out of all the best books to read, this is one of Orhan’s novels that will delight readers.

Lisa Morrow was born in Sydney, Australia, but itchy feet led her to hitchhike through many European countries before she finally found a place to call home. Only staying for three months in the tiny Cappadocian village of Goreme, she returned to Australia. Still, the call of Turkey was hard to ignore, and she later settled down in Istanbul. Specialising in self-publishing kindle and paperback versions of her books, in her memoirs Inside Out in Istanbul, she goes beyond the typical tourist sites to describe her journey into Turkish culture and traditions. If her writing style grabs you, other books by Lisa include Waiting for the Tulips to Bloom: Adrift in Istanbul and Exploring Turkish Landscapes: Crossing Inner Boundaries.

Publishing agents always say the classics are the best and a must-read is Mark Twain’s best-selling book called The Innocents Abroad. He visited the country during the last years of reign by the Ottoman Empire and tells a fabulous account of what was then Constantinople. This book is available for free download, but as one of our favourite books, we prefer the hardback. Split down into various chapters, follow his real-life travels throughout Turkey and beyond.

Expat Blogs: All books about Turkey mentioned above are good reads, but we also enjoy reading blog posts by expats. From tales of settling in to culture clashes, navigating red tape, learning the language and more, this article will be a good read for anyone who wants to know more about this great country. 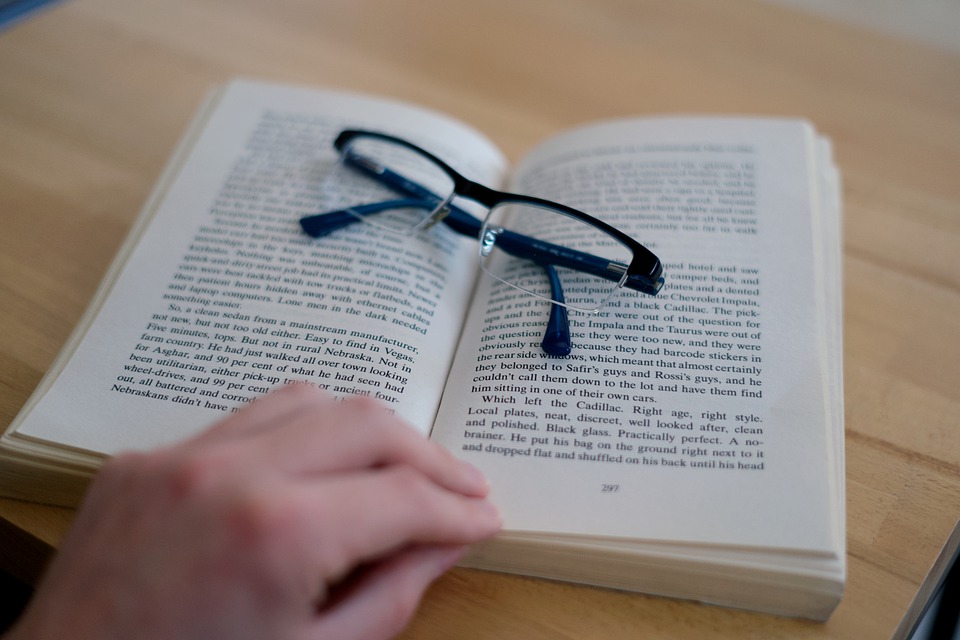