One of Turkey’s best known destinations, Cappadocia with its fairy chimneys has delighted and entranced generations of travellers. The strange, conical spires unique to the region are caused by the erosion of volcanic rock by wind and water. The structures that formed these intriguing shapes.

Of course, the other reason to visit Cappadocia is to experience cave living - whether exploring some of the caves once lived in by ancient civilisations, or staying in a beautiful cave hotel. 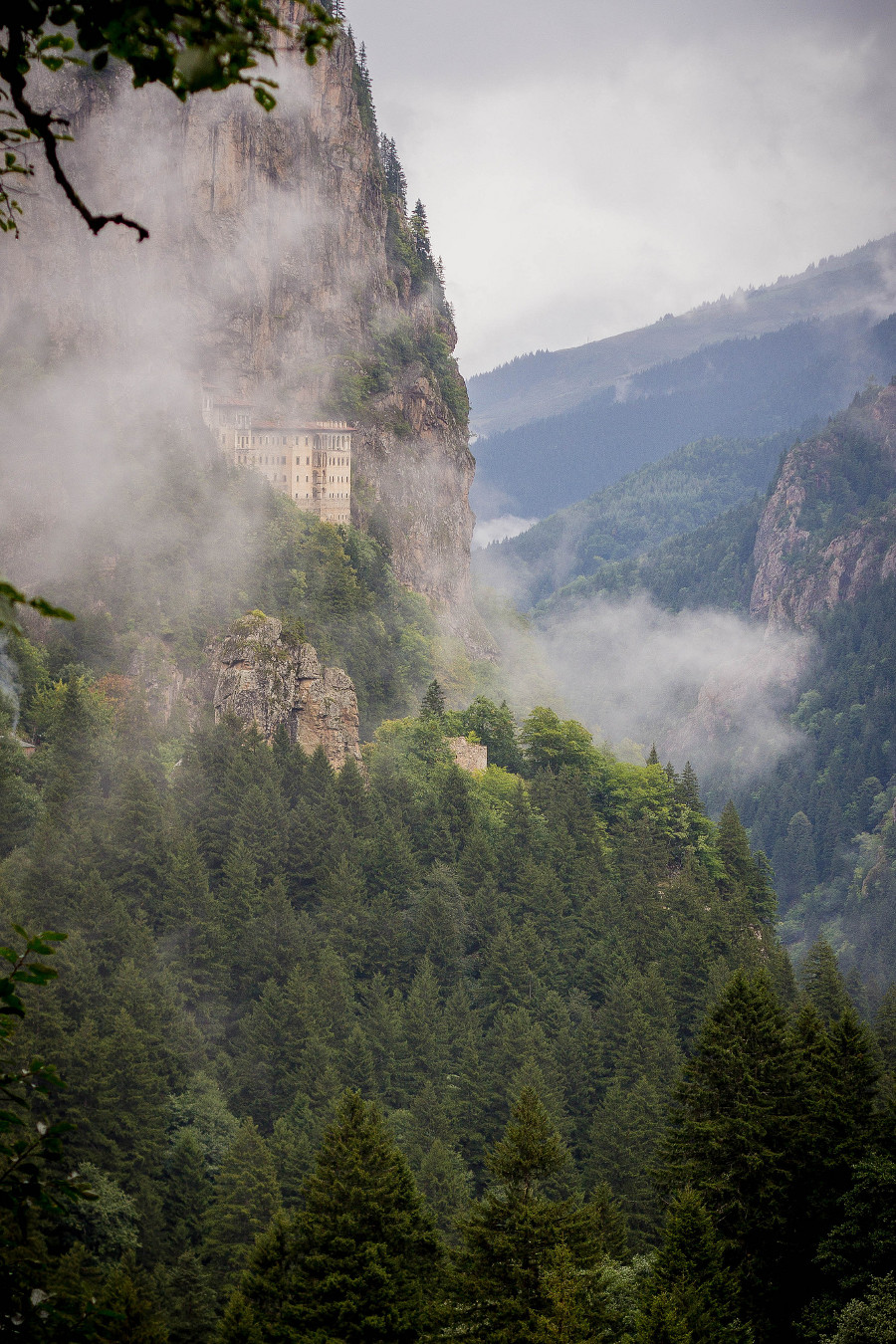 Not too many tourist venture up to the northern reaches of Turkey, which is a shame because they miss out on sights like these. The North Anatolian Mountains (also called the Pontic Mountains) is a chain that stretches for 1000 kilometres, coming to an end just before the coastline. The mountains have been home to a variety of different people over the millennia, and the resulting mix of cultures is a fascinating one, affording travellers not just incredible vistas, but an insight into a part of Turkey that very few will ever see.

The Sumela Monastery (pictured) is a well known part of the mountainous region and is located in the Trabzon Province. It’s been in use - by one or another religion - since the fourth century. You can read more about it here. 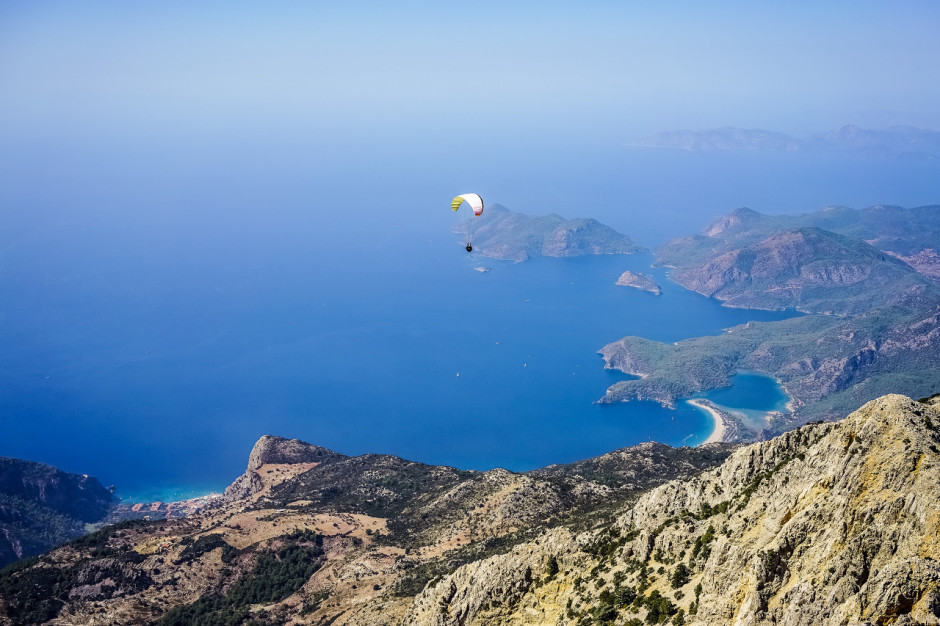 The striking coastline of Oludeniz is home to one of the most popular beaches in the northern hemisphere. The curve of the beach creates a very pretty lagoon - known as the Blue Lagoon. The lagoon is protected, as it’s home to many species of birds and other wildlife. While you’re in the area, you might like to try paragliding, which is a chance to see a view as spectacular as this one.

Fethiye is also a popular resort for year-round living, and is home to a huge number of expats from the UK and Europe who live in villas in Fethiye including Calis, properties Ovacik (close to Oludeniz) and Hisaronu. 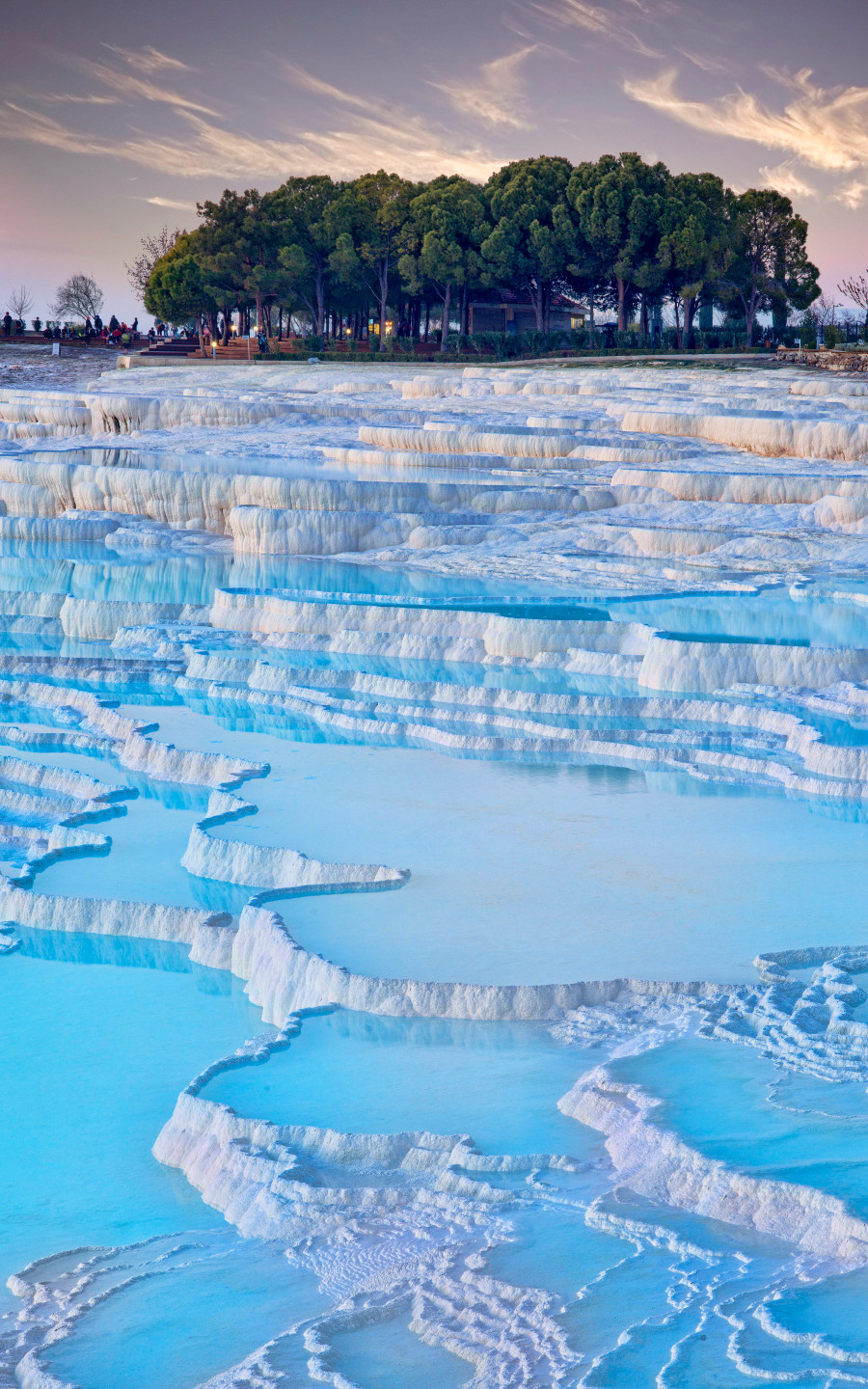 The striking rock pools of Pamukkale were formed by calcium deposits flowing from the natural hot springs at the top of the small mountain. The resulting travertine pools are a beautiful sight.

The hot springs have intrigued people for centuries - not only the civilisations who made their home here, but visitors from far and wide who came to view the phenomena. In fact, the ancient Greeks and Romans built a city at the top of the mountain, providing a home to the many visitors who soaked in the springs for health and leisure - probably some of the world’s first tourists. 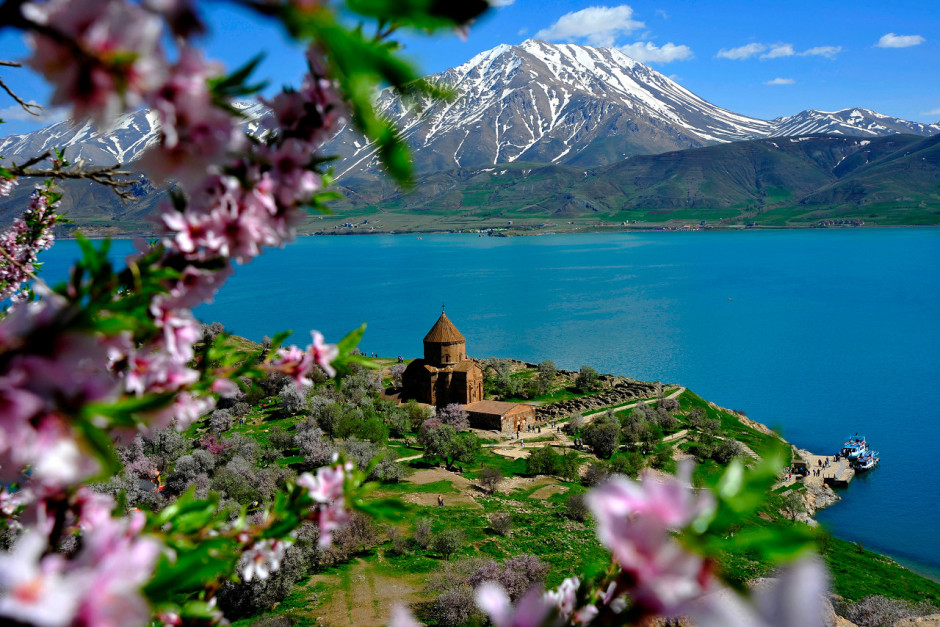 Located in Turkey’s southeast, the country’s largest lake covers a whopping 2333 square kilometres, and is around 450 metres deep in parts. It’s one of the biggest endorheic lakes in the world - which means it has no outlet. This means it’s fairly salty, and there isn’t a lot of aquatic life here.

The lake is dotted with islands, and on its shore juts Nemrut Dag, a 2900m mountain. On one of the islands there is a 10th century church, while the other islands contain monastic ruins. 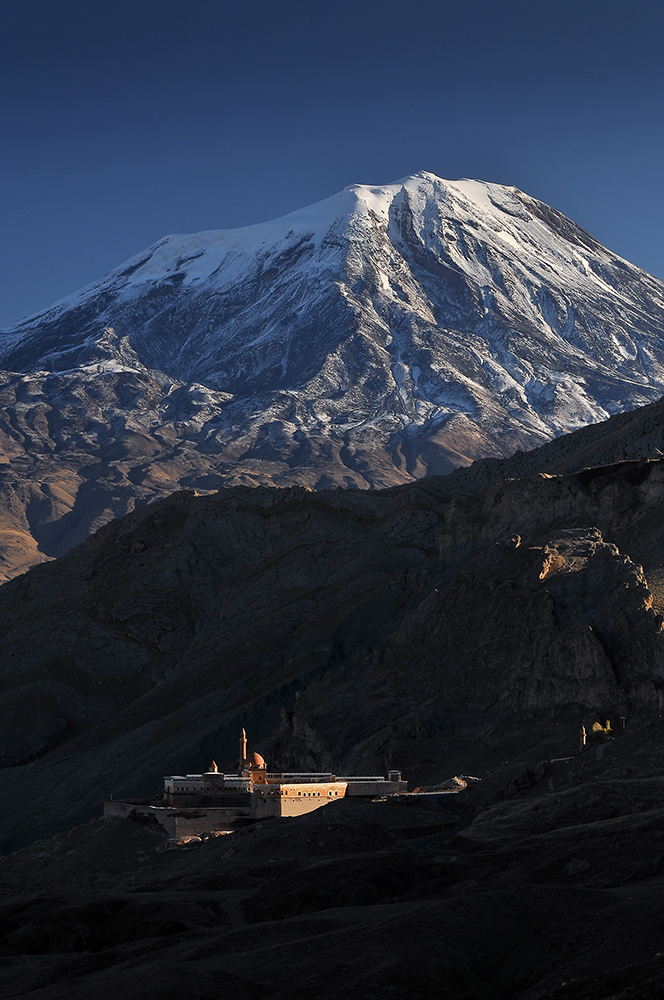 Mount Ararat is named in the Book of Genesis as the landing place of Noah’s Ark, once the floodwaters subsided. Archaeologists have not found any evidence that the ark ever existed, however, so the legend that surrounds the 5000m high mountain remains just that: a legend.

The mountain is Turkey’s tallest peak, dominating the whole region. It’s capped with a sheet of ice, which has been slowly shrinking. 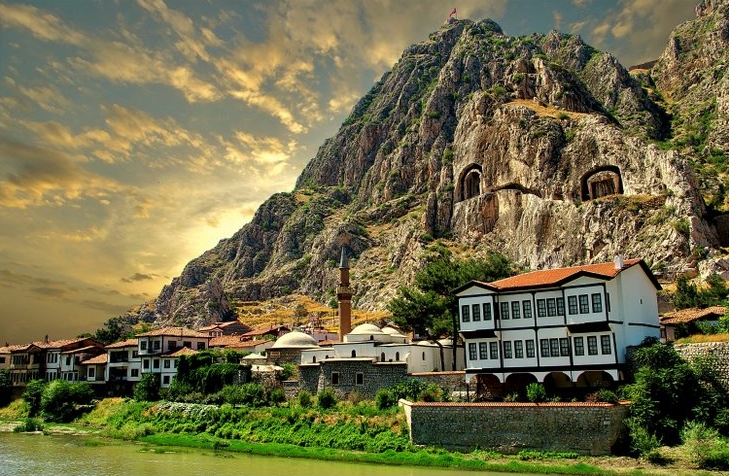 Amasya’s long history is almost as captivating as the Ottoman houses that line the banks of the Yesilirmak River. The city near the north sea dates back 7500 years to the days when it was once a fortified city high on the cliffs above the river. It was the main city of the Pontic Empire - a seat of royalty and academia, producing kings and princes, artists, scientists, philosophers and thinkers.

In recent years more tourists have begun visiting Amasya, to see the beautiful Ottoman homes and the cliff tombs.

Not to be confused with Amasya, this pretty little town is built on a fortified promontory which juts rather spectacularly into the Black Sea. Thanks to the subpar roads in the region, Amasra only gets a handful of visitors each year, keeping the town quiet and untouristed.

The small Black Sea port is a lovely chilled out place to spend a few days, and there are some lovely beaches in the area - although it’s not as warm as the Mediterranean Sea. 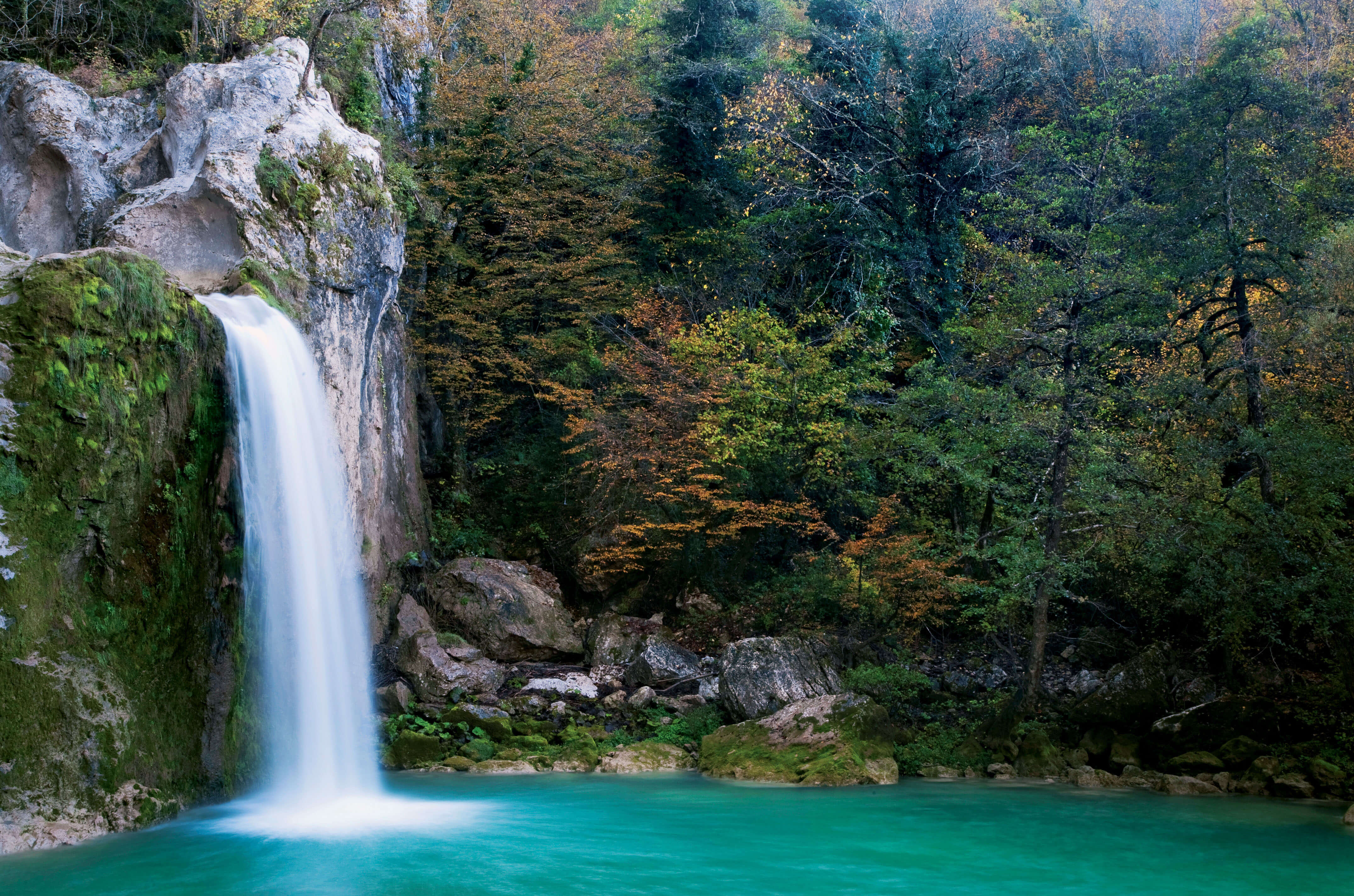 The natural wonders of Kure National Park are legion. Canyons, caves, waterfalls and forests are dotted around the mountains, which few tourists ever visit. Located in Bartin and Kastamonu, in the Black Sea region, the national park abounds with wildlife and is considered a crucial spot for nature conservation in Turkey. There are numerous trails so hikers can enjoy the rushing rivers, deep mysterious gorges and canyons and deciduous forests.